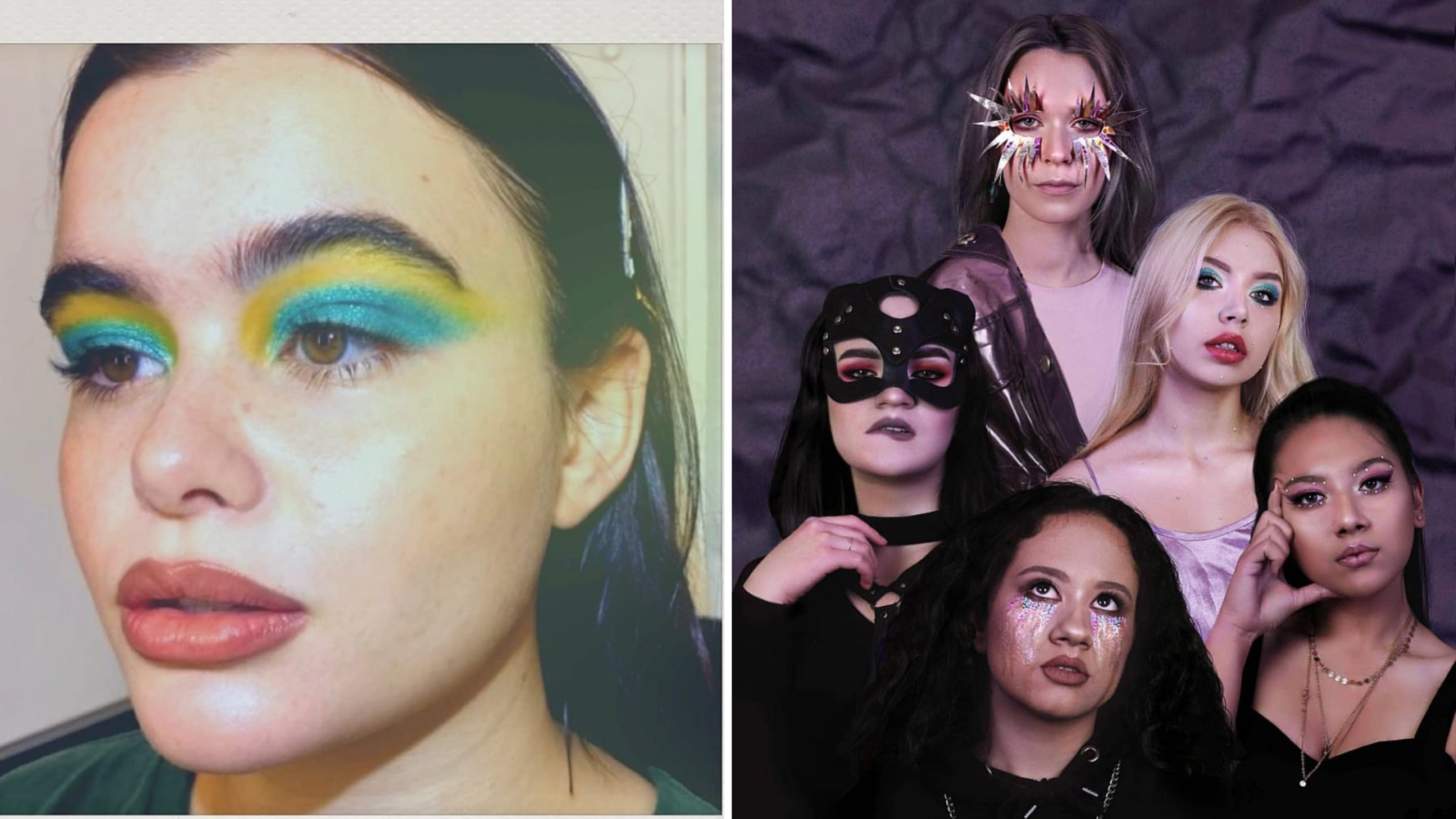 Euphoria is out with another season, which means another season of gorgeous Euphoria makeup looks. Here are some of our favourite looks so far.

Euphoria’s season two has started with a bang, packed with some incredible makeup looks that many have recreated already. Euphoria makeup looks never seem to let us down, and this time was no different. If the makeup looks were this stunning in the first episode itself, we can’t wait to see the other appearances throughout the season. Four makeup looks stood out from the episode that got everyone recreating them almost immediately.

Euphoria makeup looks from ‘S2E1’ that everyone’s talking about:

Episode 1 of season 2 shows one of the characters, Cassie, donning a simplistic yet bedazzling wing made of rhinestones. The makeup artist behind this Euphoria makeup look, Doniella Davy, explains the idea behind it. The character, Cassie, as seen in the image, has dewy skin and flushed cheeks, fitting the freshly-cried scenario perfectly. It’s not only minimalistic but also looks effortless, and people can easily recreate it, adding their own twists to it.

Each of the recreated looks by these artists is an interpretation of Cassie’s look with their own twist. One of them added some extra rhinestones to oomph it up, while another put her own twist on the wing.

According to Doniella Davy, who’s behind several Euphoria makeup looks, a Maddy wing is always the sharpest, and she didn’t lie. Maddy’s look gives a wave of nostalgia with the frosty eyeshadow and killer wing. The makeup look was a collaboration of ideas between actress Alexa Demie, who plays Maddy in the series, and makeup artist Alexandra French, who works with the team. Alexandra explains it took three people to get the flawless eyeliner right, deeming it the sharpest liner in TV history.

All the recreated looks have got the sharp wing on point, giving us major Maddy vibes with the eyeshadow, too. They’ve even got the killer-stare right. One of the creators also went to the extent of adding rhinestones to the look, a nice touch to it.

This time around, Doniella said she chose a colourful route rather than the Goth-Grunge-Fairy-inspired route for Kat. Due to the use of yellow and blue colours in this Euphoria makeup look, it’s not only playful, but it’s also bold. The outfit’s colour palette was Doniella and Alexandra’s inspiration for the makeup. They thought of balancing it with a brown liner and gloss, which worked perfectly well, letting the eyes do all the talking. Doniella interprets Kat as someone new to makeup and figuring who she wants to be, making it the reason behind most of her looks having a clean lower lash line and bright colours.

Several recreated this bold and bright gorgeous look, but these were the ones that stood out the most. These recreators gave justice to the appearance, as it deserves, serving us with fierce feelings. Looking at them makes us want to invest in colourful palettes ourselves only to try out this look.

Picking up where they left off after the Winter Formal, Doniella picked the inner-eye corner accents for the Euphoria makeup look for season 2, episode 1. She explains that the inner-corner accent is less like makeup but more like a shape that draws us into the character, Jules’ gaze. Just like she did for the other looks, an insight into the thinking of Doniella helps us understand them better and look at them in a different light. This makeup look is like a take on graphic liners by Doniella, a unique idea for when you’re looking for something that’s not only minimal but effective. The silvery-sparkles are a perfect add-on, a patent for most Euphoria makeup looks.

It might be challenging to master the exact inner-corner accent, keeping in mind different eye shapes, too, but these recreators have somewhat nailed the look. All of them recreated the makeup look with their own distinct feel, whether with the intensity or the colours of the sparkle, making it unique to each.

Other Euphoria-themed makeup looks that we loved:

What started as a ‘POV’ trend, where creators applied makeup inspired by Euphoria with the caption— ‘POV you’re getting ready to watch Euphoria S2′, several started posting photos of looks that were just around the theme of the series.

Since Zendaya, who plays the character, Rue didn’t have any makeup looks in the recent episodes, people went back to recreate her classic glittery tears or starry look. Each creator not only nailed the makeup look but have creatively found a way to flaunt it in an applaudable manner, even going to the extent of adding blue and purple toned light, similar to the series’ poster image.

The black fad will reign on everyone’s lips in 2022