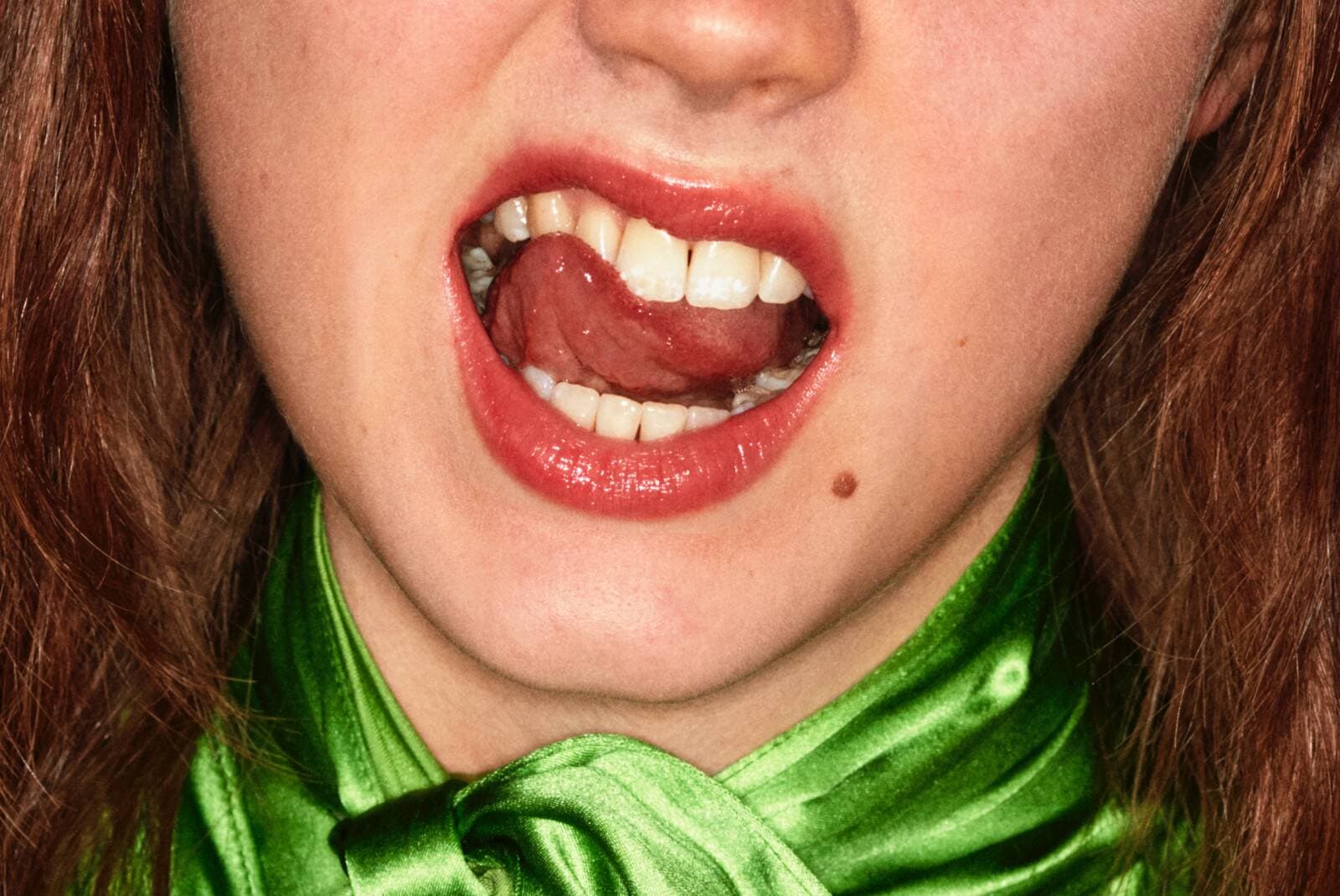 Far more than just simply announcing their new lipsticks, Gucci has ignited a big debate on beauty ideals with their campaign that features four vintage-style images of crooked and gapped teeth. The new lipstick campaign is an instant challenge to everything seen before in beauty advertising, yet the brand are using these images for sales across their social media pages as well as their website.

The one provoking the most debate is the image of punk singer Dani Miller, who’s missing two lateral incisors. Online comments ranged from decisive rejection – “Never buying this” – to affirmation – “This is why I love Gucci”. There were the pessimistic – “Gucci = Walmart now” – and there were the optimists – “Never thought I’d see teeth like mine on a high fashion scale”.

But whichever camp you side with, Alessandro Michele’s latest attention-grabbing manoeuvre probably made you do a double-take. The association between a raw, unpolished, imperfect image and a luxury fashion house has never really been witnessed before. If the ads make you feel any sense of discomfort (don’t worry, you’re not alone), then that’s the campaign suggesting just how far we still have to go to dismantle current beauty standards.

After taking over Gucci from 2015, Michele practically reinvented the brand, transforming it into the ‘cool kid’ in the centre of the high-spending millennial community. With his penchant for pop culture and his brand’s features in rap lyrics, it’s not hard to see how he did so. What’s more, Gucci’s lipstick campaign isn’t Michele’s first move to rewrite the beauty rulebook. His runway models never wear foundation to cover up blemishes. His introduction of an entire Instagram account exclusively for Gucci’s cosmetics is an indication of how seriously the brand takes their role in the beauty industry. And with contentious marketing like this making sure Gucci stays in the conversation, the digital generation is kept in constant contact with the brand.

Nevertheless, for all the fierce debate and contentious conversations, Gucci’s lipsticks themselves do sound quite appealing. As part of Michele’s first ever cosmetics collection, the lipsticks launched on May 6 and include 58 shades in 3 textures, each having their own distinct, vintage-style casing. Michele chose gold tubes etched with an Art Deco pattern for the 36 satin shades. The casing for the 18 sheer colours is covered with a mid-century rosebud print on ivory. The 4 balms come in a Robin egg blue – a symbolic colour for femininity (before pink took that status after World War II). As a homage to his love of old Hollywood, Michele named his lipstick shades after golden-age movies and actresses.

A globetrotter with a love for sushi and Miu Miu, Chatikavanij is a fan of all things upbeat, delicious, and well-dressed. Her frequent activities include packing for beach trips, listening to ’80s music, and trying to make daytime pajamas happen.

Fashion Travel Restaurants Music
Sign up for our newsletters to have the latest stories delivered straight to your inbox every week.

Contouring 101: Here’s a step-by-step guide for beginners (plus, best buys)