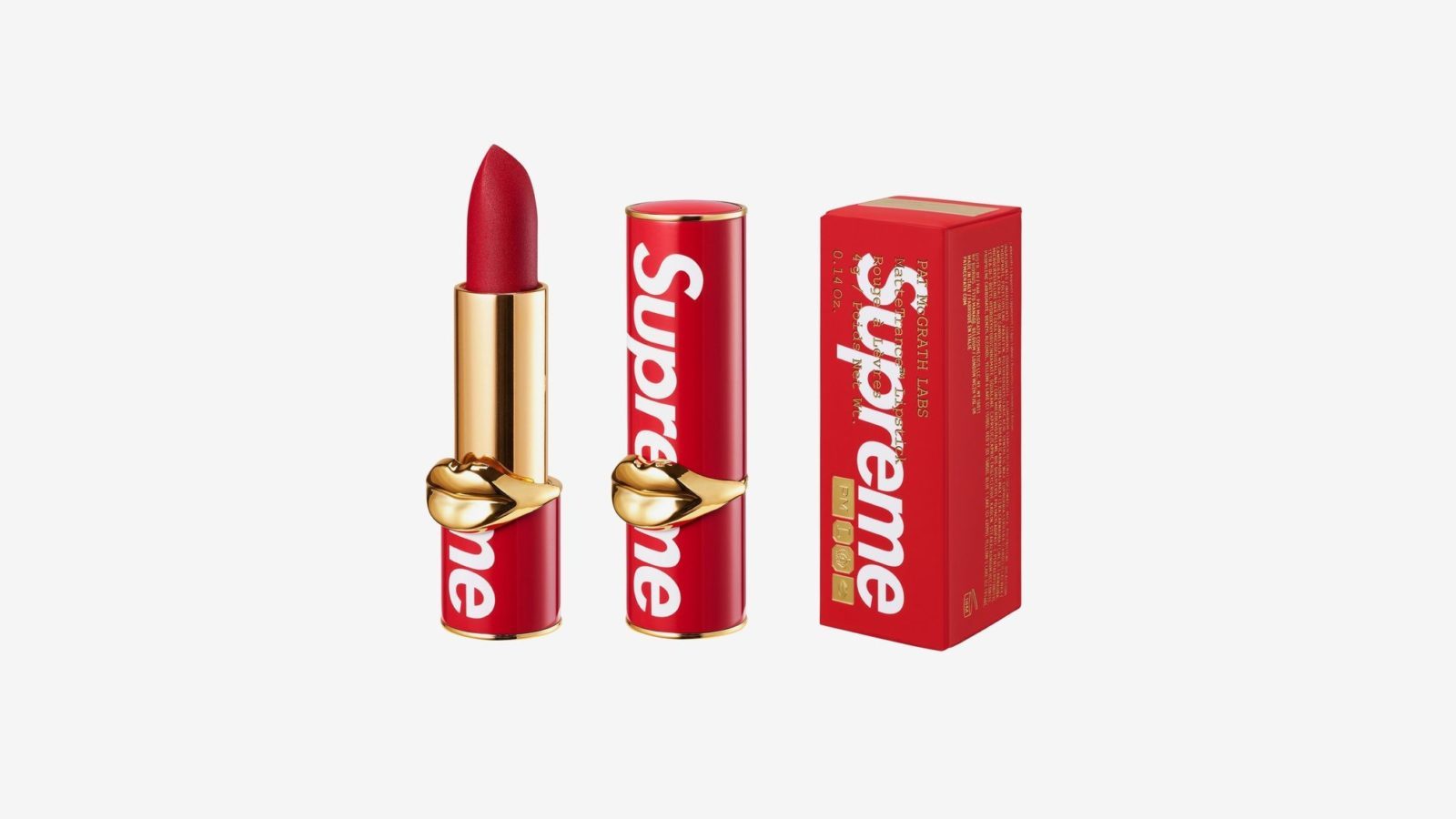 What we love about the Supreme x Pat McGrath beauty collaboration 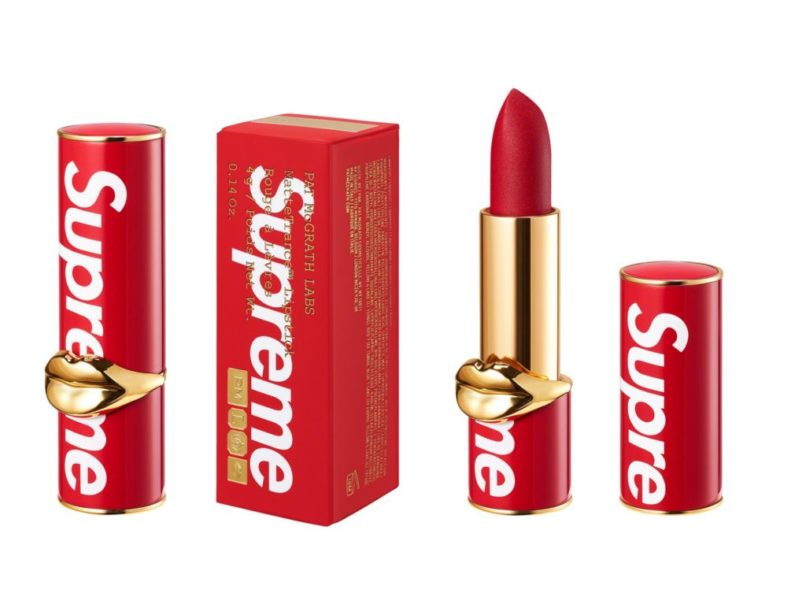 Chopsticks, Fender Stratocasters, Honda dirt bikes and bricks barely scrape the surface of the kind of quirky accessories New York City skate label Supreme has offered over the years. Many of its limited edition items often go on to score sky-high price tags at resale value. Just in February, the Supreme-branded Oreo cookies were resold on eBay for a cool US$2,600.

According to a press release issued by McGrath’s team, the Supreme x Pat McGrath Labs Lipstick was developed exclusively for the Fall/Winter 2020 collection and will be available exclusively at SupremeNewYork.com. Supreme’s FW20 collection is expected to start arriving in-stores globally on 20 August; in Japan on 22 August, and online on 24 August.

“He glared at her a moment through the dusk, and the next instant she felt his arms about her and his lips on her own lips. His kiss was like white lightning…” – Henry James, The Portrait of a Lady ⚡⚡⚡ Supreme®/Pat McGrath Labs Lipstick: MatteTrance™ hyper-pigmented lipstick in shade ‘SUPREME’ developed exclusively for @SupremeNewYork Fall/Winter 2020 — SIGN UP NOW ON PATMcGRATH.COM

From a sneak preview on Pat McGrath’s official Instagram page, the lipstick will be presented in a one-off, eye-catching scarlet bullet with McGrath’s signature golden lipped design and Supreme’s signature typography; encased in a head-to-toe red redesign of brand’s usual string-closured box with red thread, and also displaying Supreme’s red box logo and the makeup brand’s gilded trademark under the flap. It is unknown how much the lipstick will cost but should be priced upwards of Rs 3,000 — what Pat McGrath’s MatteTrance lipsticks typically cost at retail.

Joining the collection are other weird and wonderful items that are sure to make yet another splash — from Jacob & Co timepieces by a jeweller to hip hop royalty Jacob Arabo, a Mortal Kombat arcade game machine, a talking ‘Chucky’ doll in Supreme monogrammed overalls, and Supreme x Colgate anti-cavity toothpaste.

10 homegrown vegan beauty brands you need to know about

Iconic red lipsticks that will suit every Indian skin tone

Exclusive: Kay by Katrina’s new launch is here and it’s perfect for selfies