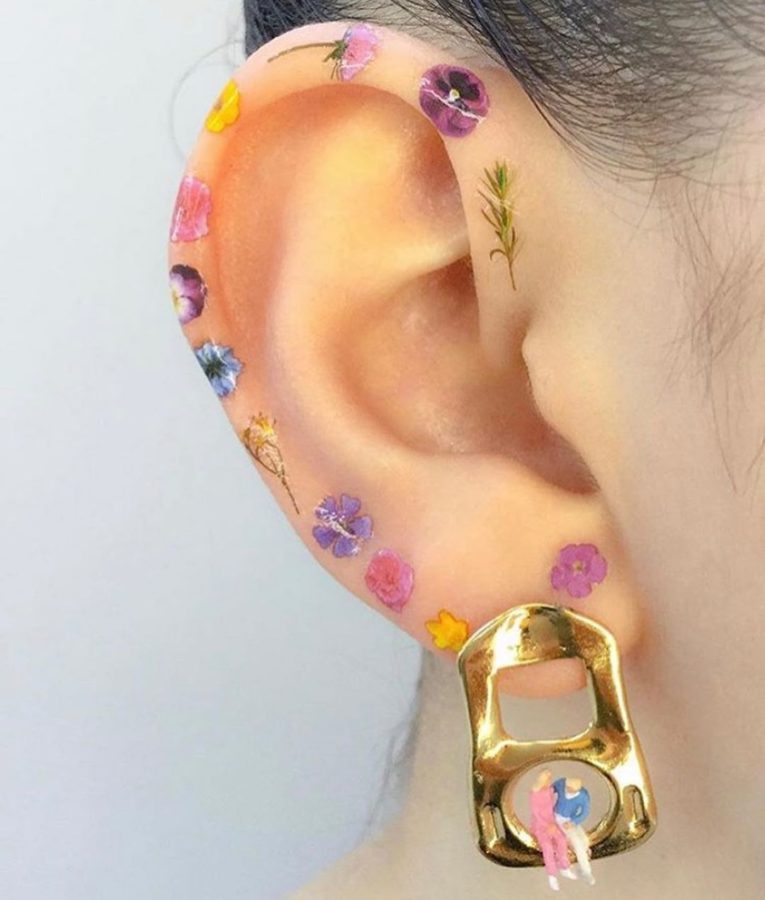 Can’t show your pretty makeup face because of a mask? Ear makeup is what you need now instead.

Ear makeup is by no means new, but it has never really managed to break out beyond the realm of social media, at least not much in any case. But the face mask has shaken things up in the world of makeup, forcing many people to rethink their habits. And with lipstick off the agenda for the foreseeable future, maybe now is the time to adorn your ears with patterns, jewels and other embellishments.

While ear makeup emerged around five years ago, not many people have been tempted to take up the trend, which, until now, may have seemed a little eccentric. But that was before the global pandemic. Now, many people around the world don’t leave their homes without a face mask — an accessory that’s forcing them to get creative to find ways of lifting their beauty looks with the kind of lighthearted touches that many have been missing for almost a year.

And that’s exactly why ear makes up suddenly makes total sense, something that’s reflected on social media. Just type the hashtag #earmakeup into the search bar on Instagram or TikTok, and you’ll see all manner of designs, from the understated to the experimental and the artistic. And when makeup alone isn’t enough to embellish ears, they also come adorned with patches, diamanté, beads and other accessories.

Away from the catwalks, Martha Butterworth was among the first makeup artists to board the trend, showing off “ear beauty looks” for several months already. Using makeup, as well as jewels, small objects and even temporary tattoos, the British pro crafts a host of beauty looks, each of which is more creative than the next. 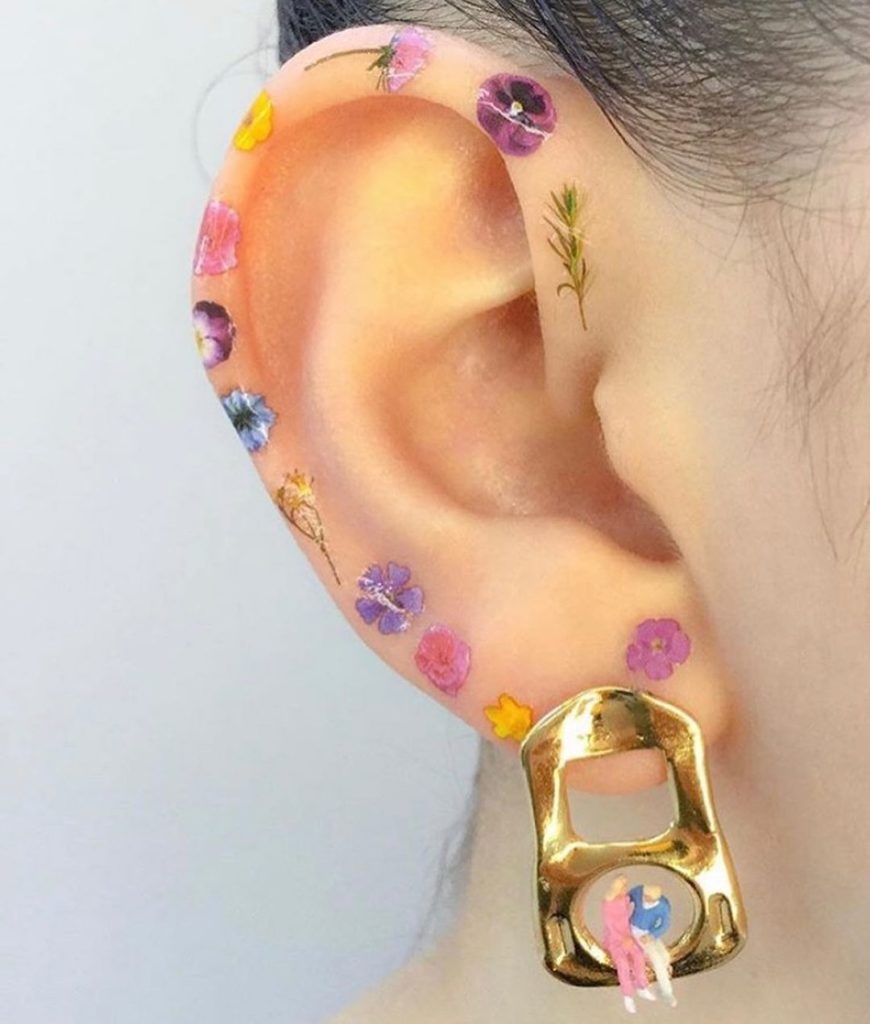 Ear make up by @marthamakeupartist

And if you’re struggling to imagine yourself sporting such creations when heading out to the office or fetching the kids from school — fear not — there are a host of more subtle and easy-to-recreate ear makeup styles out there. Some of the more minimalist looks seen on the web include graphic lines, geometric shapes, floral patterns, and effects with colours and layering on different parts of the ear. With eyes also taking centre stage — since face masks cover everything else — ear makeup can even be matched with eye shadow shades.

Seen as avant-garde — or plain crazy — just a few years ago, ear makeup could be on course to become a key part of your beauty routine in 2021.

And that’s good news for anyone who has been missing being able to express their creativity through makeup since the pandemic hit.

10 homegrown vegan beauty brands you need to know about

Iconic red lipsticks that will suit every Indian skin tone

Exclusive: Kay by Katrina’s new launch is here and it’s perfect for selfies