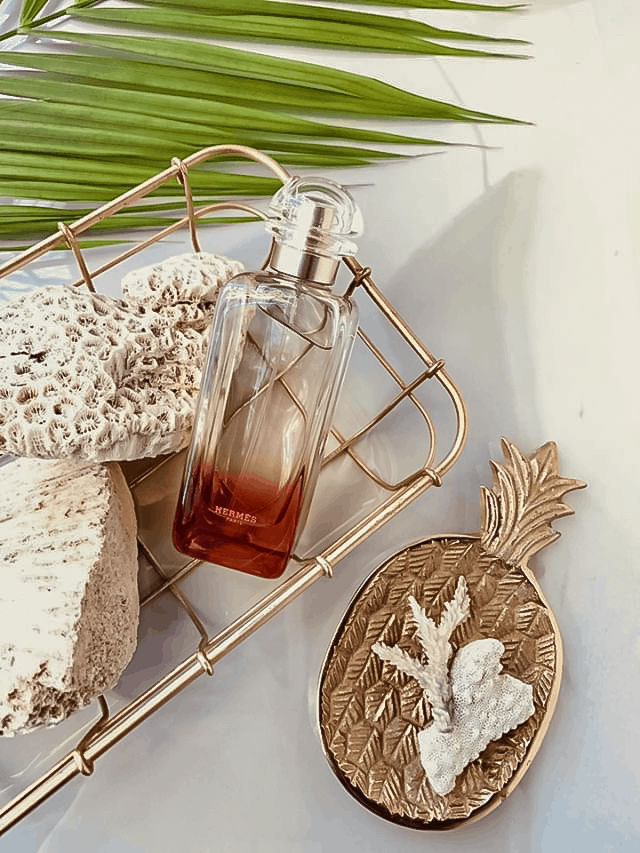 On a balmy day by the pool under a cabana at Taj Colaba, Mumbai, I had the opportunity to meet Christine Nagel, the nose of Hermés, and the name behind popular fragrances such as Twilly d’Hermès, Eau des Merveilles Bleue and Eau de Rhubarbe Ecarlate. She reminded me often during our conversations that “without audacity, there is no creation”.

This is something that has stayed with me long after. Interpreted loosely, it’s about how fragrances appeal to one’s emotions; how they are about personality and passion. It’s easy to see why Nagel believes that. At Hermes, perfumes are created without a trend forecast, rulebook, and mostly, without the trappings of that come with marketing a new product.

The idea becomes especially true as I witnessed her newest creation, the Un Jardin Sur La Lagune, the latest fragrance from the maison that focuses on emotions the same way Nagel talks about them. Sixth in the ‘Le Jardin’ franchise, the scent is all about bottling up the beauty of the Garden of Eden, an exclusive garden on the Venetian island of Giudecca, and named Eden after the original owner Lord Frederic Eden.

This garden has inspired many artists and rendered completely inaccessible because it was permanently closed to the public. And that very fact made it more desirable for Nagel. After numerous requests that were unfruitful, Nagel finally wrote a handwritten letter pleading her cause and she was finally let into this beautiful space. Without audacity, this fragrance might not be possible.

So naturally, the scent created is befitting of the exclusivity that inspires it. From the woodiness of the trees to the wild flora, every feature was documented, distilled, and recreated. It took Nagel 18 months to translate the scents, to bring together varied smells and moods into one platform, and the result is a sophisticated blend of jasmine, magnolia, Madonna lily, and orange blossom – notes that evoke a sense of passion, beauty, and reinterpret the garden that has a certain je ne sais quoi to it.

The Madonna lilies combine with magnolia and pittosporums, alongside deep woody notes, to bring together a beautiful balance. Water, understandably is the essence of this fragrance (every Un Jardin fragrance is named after its inspiration – Un Jardin en Mediterranée evokes the spirit of a Mediterranean garden; Un Jardin sur le Nil takes you on a journey through the island-gardens on the Nile). This is nostalgia, Hermes confirms that Christine Nagel brings together the sweet and pregnant scents of nostalgia without “sadness, of rebirth, a feeling of eternity”. The woody smells combined with the salty sea winds is here to stay and with it, it brings to your table, the secret sweetness of a dream garden.

The best tinted moisturizers for a healthy and flawlessly radiant skin

Milk and honey scrub: Pick from the best ones for a glowing skin