Brew these immunity booster teas for a fan-teas-tic season

High in antioxidants and a great source of hydration, teas are so much more than just a refreshing beverage. Let’s take a look at some of the best immunity booster teas.

Whether you are tired from having a tough day at work, or want to sip on something soothing before bed to have a good night’s sleep, there’s nothing that a cup of tea cannot solve. Herbal teas are completely another world of goodness. They are essentially tisanes, made from a variety of dried flowers, spices, herbs, and fruits, and are loaded with antioxidants, minerals, and vitamins. These have tonnes of benefits for your health, from digestion, detoxification, and weight loss. Not only do these teas help a great deal in building a healthy immunity, but they also aid in keeping infections and diseases at bay. Let’s take a look at the best immunity booster teas you should be brewing this season.

A staple herb in the Indian kitchen, turmeric or haldi has a load of benefits. Turmeric contains a compound known as curcumin, which contains strong antiviral, antibacterial and antioxidant properties that boost immunity. It also possesses anti-inflammatory properties, which can fight pathogens like bacteria and other foreign invaders that might make you fall sick. Turmeric has also been used as a traditional treatment for digestive conditions. Make one cup of this immunity booster tea and have every morning while it’s still hot to start your day on a refreshing note.

The most common household way to battle common cold and boost immunity during season changes, this immunity booster tea is something we have all had more than once. Not only is it packed with nutrients and health benefits, it also tastes heavenly, especially in winters. It is known for soothing indigestion, reducing nasal congestion, fighting inflammation, and other things.

Food & Drink
Tea and coffee are both good sources of antioxidants and caffeine, but which is better for you? 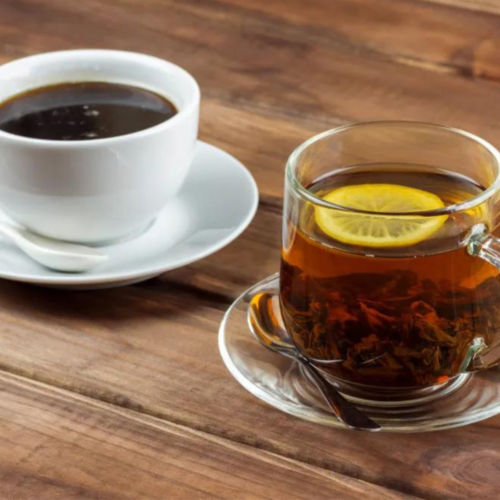 Known for its cooling properties and to relieve digestive problems such as bloating and indigestion, this is an immunity booster tea that packs in the goodness and cooling properties of peppermint. It is also said that peppermint tea helps in dealing with nausea and vomiting. If we start listing out the benefits of peppermint tea, it’s going to take a while. It relaxes your muscles and can relieve headaches and menstrual cramps. Peppermint also possesses antibacterial, antiviral and anti-inflammatory properties, which helps fight clogged sinuses that you might get from allergies or a common cough and cold.

Also known for its calming and soothing effects, chamomile tea is great to sip on before retiring for the day. This immunity booster tea contains chamazulene, which is an aromatic chemical compound with anti-inflammatory, analgesic, and antispasmodic properties. As a result of this, chamomile tea helps in treating cold, reduces muscle spasms and period pain. It is even known to aid sleeping, which is what makes it a great bedtime tea.

Beautiful in colour, taste and aroma, hibiscus tea is one of the tastiest immunity booster teas that you can have, when your nose is a little blocked and you are feeling a bit under the weather. Rich in antioxidants that fight free radicals responsible for causing illnesses, this tea also controls blood pressure and could promote weight loss. So brewing yourself a cup of this will not affect your diet at all. Its antimicrobial properties also help fight bacteria and disease-causing germs. 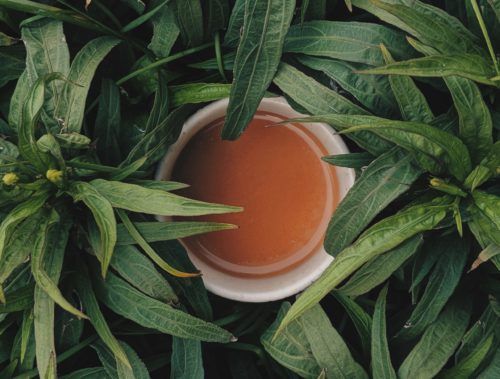 One of the most celebrated herbs in the Indian household, tulsi is antipyretic and analgesic. It helps in battling cold, cough and other respiratory disorders. It is also good for heart health and for diabetic patients. All you need to do is add some ginger, tulsi leaves and cardamom powder to some boiling water and let it boil for 10 minutes. Strain the wate and add some honey and lime juice and your immunity booster tea is ready. 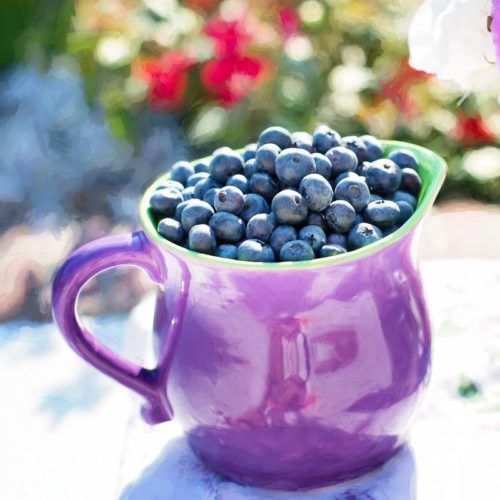 The favourite ingredient of Thai cuisine, lemongrass is an aromatic herb that has antioxidant properties that kill free radicals that cause diseases in the body. It is loaded with antimicrobial functions that treat oral infections and cavities. A cup of this immunity booster tea can give you relief from upset stomach, cramping, or other digestive issues. 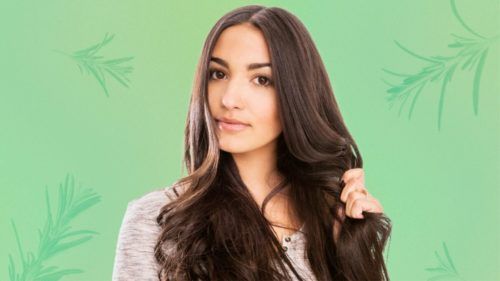 Another wonder ingredient coming from the Indian kitchen, meet cinnamon, that’s full of antioxidants and anti-inflammatory properties. The antioxidants in cinnamon fight off oxidation caused by free radicals, which are disease-causing molecules that damage your cells. Compounds found in cinnamon tea can fight off bacteria and fungi. It can also regulate your blood sugar levels and blood pressure, promote a good heart health and reduce pain caused by menstrual cramps.