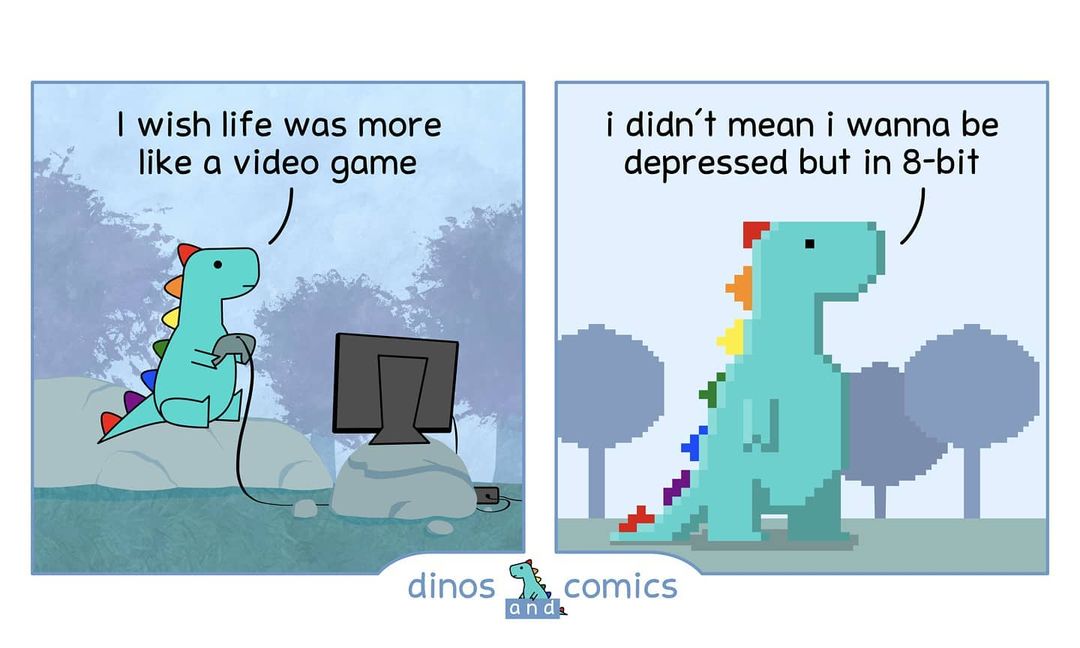 Feeling glum? Here’s why subscribing to this dinosaur comic page might help

Beauty & Grooming
Feeling glum? Here’s why subscribing to this dinosaur comic page might help
Share this article
Next article

As the COVID-19 pandemic bites, spare a thought for the depressed dinosaurs of social media via a dinosaur comic strip.

Looking for a morale booster? A webcomic published on Instagram, Facebook, and Twitter offer a daily dose of humour as depressed dinosaurs find hope in each other. 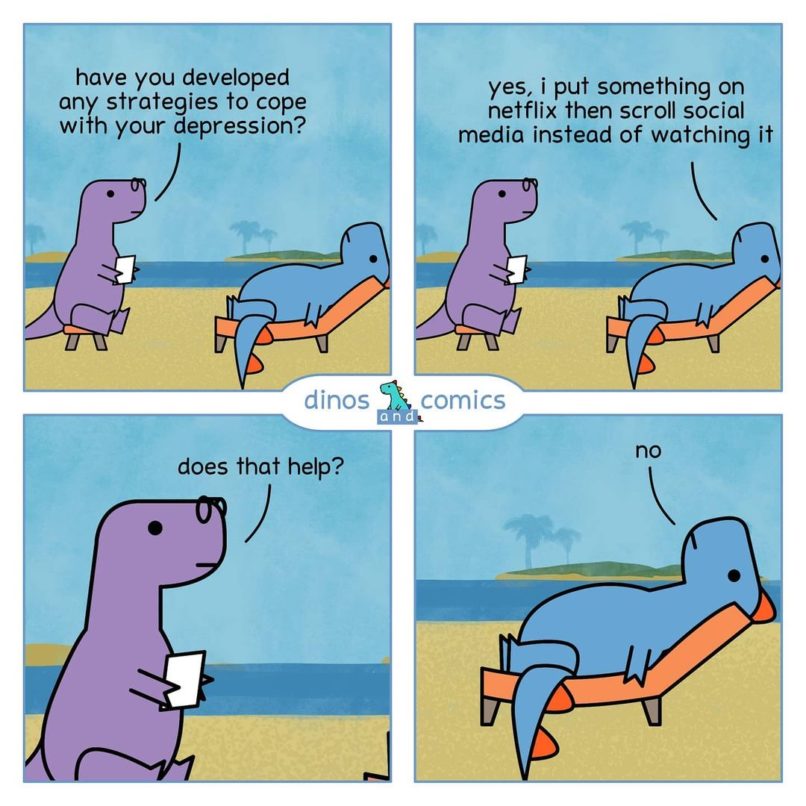 Each day, on various social media sites, Dinosaur account page publishes a four-panel comic strip featuring several species of dinosaur. With offbeat humour, the comic follows the travails of depressed stegosauruses and ornithopods and the conversations between them as they seek hope in each other. And these dinosaurs are far from prehistoric — have you ever seen dinosaurs chat by SMS? Well, these guys do. The bright colours and simple line drawings help drive home the funny side of the strips. 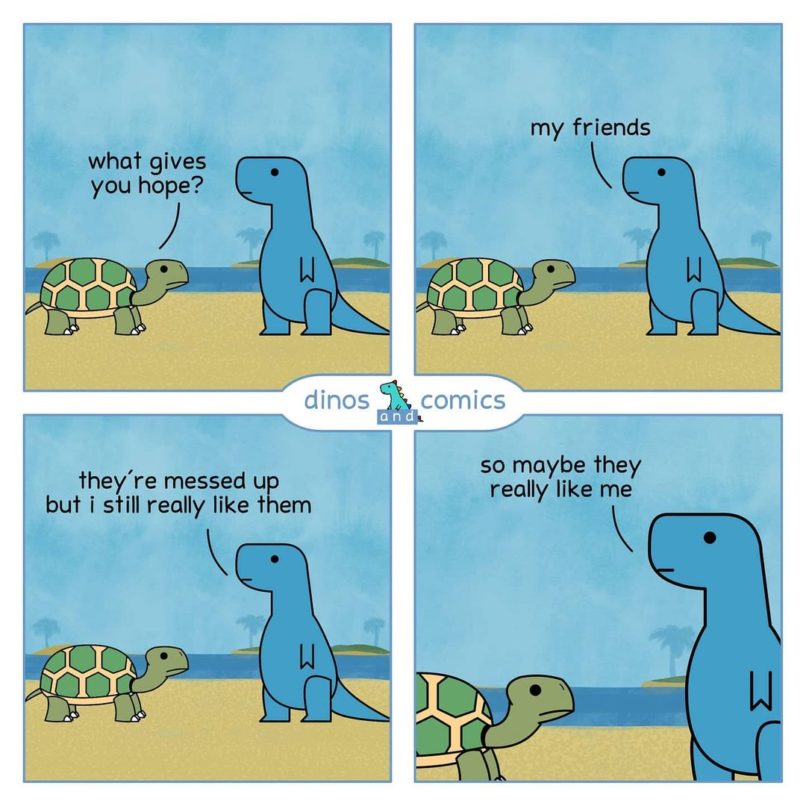 Although the idea is original and the style is particular to the @dinosandcomics account, which came to Twitter in September 2020, drawing dinosaurs and imagining their conversations is nothing new on the web. The Canadian writer Ryan North has been publishing ‘Dinosaur Comics’ since February 1, 2003. Its characters, led by a T. rex, feature in a comic strip that uses the same artwork and panel layout with only the dialogue changing each time.

This comic series is in turn inspired by ‘The Angriest Dog In The World’, created by the movie director, David Lynch.

Gone are the ornate mandaps and heavy floral-embel

The charm of a well-cut tailored pantsuit is timel