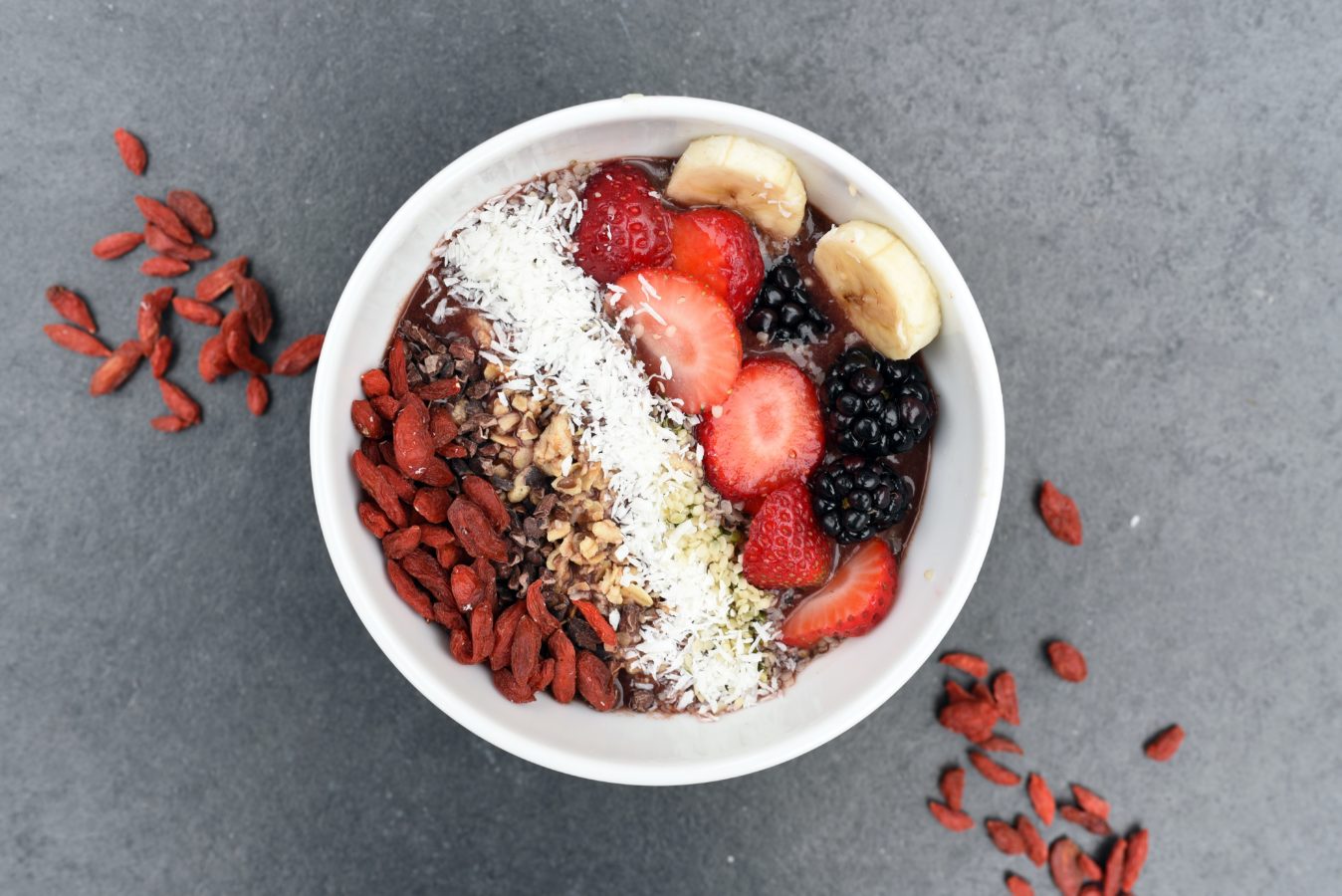 Here’s why you need goji berries, the quintessential Asian superfood

Like avocados and jackfruit, goji berries are the member of the superfood group. Before smoothies and acai bowls became popular, goji berries were most enjoyed in Asian soups and desserts.

The goji berry — or wolfberry fruit as it’s known in China — has garnered quite a fair bit of attention over the decade despite being tiny compared others in the berry posse, but the size is irrelevant here because this fruit packs a nutritional punch more potent than other favourites.

Besides being a staple in Traditional Chinese Medicine, the fruit’s long history also extends to the Himalayan Mountains, where monks there reportedly steeped them in hot water to aid meditation and promote vitality. The bright orange-red berries grow on a boxthorn plant in the nightshade family, and so is related to tomatoes, eggplants, and chilli peppers in some way. They’re usually eaten raw, dried, or rehydrated in water.

Because it’s native to Asia, the sweet and tangy berry has been mainly used in cuisines and remedies around the region — until now.

Goji berries do more than make your smoothie bowl look Instagrammable. As a low-calorie, fat-free, and high-fibre fruit, it’s the perfect accompaniment to mid-afternoon snacks and trail mixes for the road. The superfood also has the ability to fight free radicals, with carotenoids such as beta-carotene, zeaxanthin, and lutein. Besides that, you’ll also be getting about 134 per cent of your daily value of vitamin A, 25 per cent of vitamin C and healthy unsaturated fatty acids.

Other notable accolades include the vitamins B-1, B-2, B-6 and E, and more than 20 trace minerals, including iron, copper, zinc, calcium, selenium and phosphorus.

At 4g of protein per ounce (28g) — a surprisingly high amount of protein for a fruit — goji berries actually make good additions to pre- or post-workout shakes too, which, alongside a high fibre content (3g per ounce) can stave off blood sugar spikes. You’ll also be getting all eleven essential amino acids, which is more than can be said of common berries and an incredibly rare trait for a fruit to have.

Why you need it

Antioxidants like zeaxanthin and lutein help stop the damage from a number of eye-related issues, such as UV light exposure, free radicals and oxidative stress. Ounce for ounce, goji berries also offer more beta-carotene than carrots, which helps macular degeneration as you age. Our bodies also convert beta-carotene into vitamin A, so it has similar benefits to immune health.

Which brings us to our next point. We’re not going to turn down any help in the immunity department, especially not in this virus-stricken world. The high antioxidant properties in goji berries help keep your body primed to defend itself against free radicals and inflammation, which in turn prevents a range of illnesses, from the common cold to cancer.

With natural remedies back at the forefront again, goji berries have been poked, pried at and tested repeatedly for its ability to help improve anxiety-triggered behaviour and depression. A lab test in the US proved that people who drank goji berry juice were in a better mood, felt calmer, and had sharper mental acuity. They were also able to focus better and had an improved quality of sleep as compared to those who received placebos.

As a low glycemic index food, goji berries release sugar more slowly into the bloodstream while alleviating insulin resistance, so they make for better sweetening alternatives. That being said, it does contain sugar (an ounce has around 12g), so don’t go on a binge just yet.

Antioxidants help our skin efficiently regenerate cells for a soft, youthful complexion. The high levels of beta-carotene and a ton of different types of vitamins, minerals, and other nutrients, mean that goji berries can help reduce acne, promote collagen production, and even out skin tone in the long run. These little fruits will also help maintain elastin production and reduce hyperpigmentation — useful for those who spend too much time in the sun.

Remember those late-night benders you used to partake in before the pandemic put a halt on all plans? Now’s probably a good time to start being kinder to your liver. Long used in TCM for this very purpose, goji berries — along with herbs like liquorice and lingzi — help manage liver health and prevent the progression of alcohol-induced fatty liver disease.

Health Wellness Superfood goji berries goji berries benefits
Lifestyle Asia
Here's where you can read the latest news and stories from Lifestyle Asia and our sister titles PrestigeOnline and Augustman, curated from all of our editions in Hong Kong, Singapore, Kuala Lumpur, Bangkok and India.
Luxury