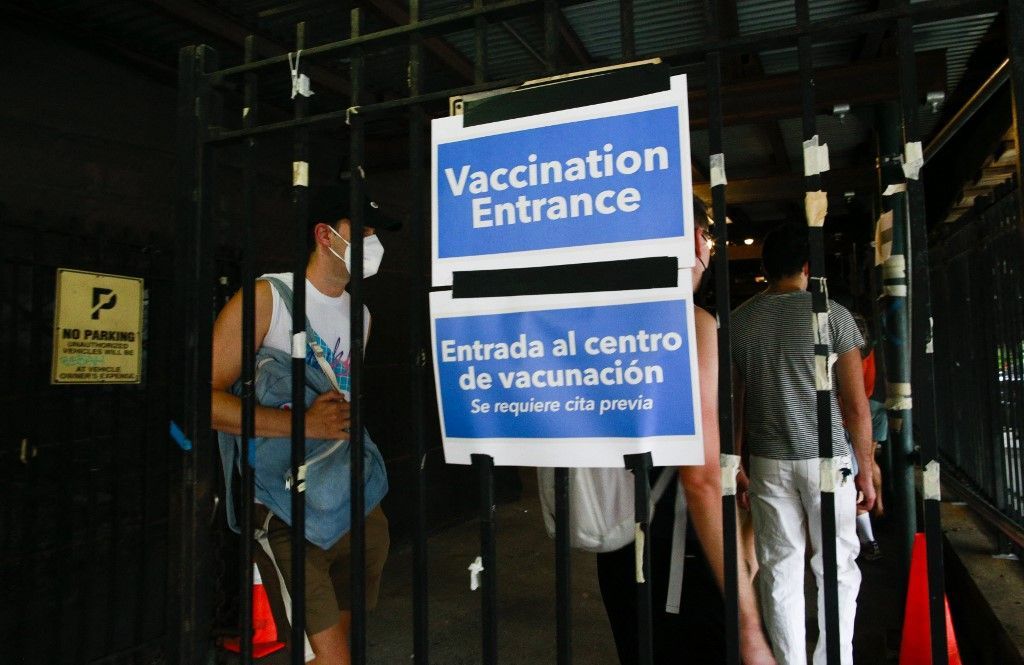 What we know of the symptoms and spread of monkeypox

With monkeypox surging across the world, experts are gathering more evidence on how people catch it and its typical symptoms.

Several months into the epidemic, it is clear the wave of infections is linked above all to sexual intercourse between men. Nearly 28,000 cases have been confirmed worldwide in the last three months and the first deaths are starting to be recorded.

Here is a summary of what we know:

Who is catching it?

Monkeypox has been around in a dozen African countries for decades, but in contrast to previous outbreaks on the continent, the virus is now predominantly spread through sexual activity.

Some 99 percent of US cases have so far been among men who have sex with men (MSM). In Africa, the virus notably affects children.

In the last three weeks studies printed in leading medical publications — British Medical Journal (BMJ), The Lancet and New England Journal of Medicine (NEJM) — painted a clinical picture of the current spike in infections, even if it is still early days and the results are based on only a few hundred cases. In each study, the MSM community accounts for nearly all cases.

How is it transmitted?

The male sex link was no surprise as it appeared from the first recorded observations and has been targeted by health authorities. This leads to the sensitive question of whether the virus is transmitted through sexual activity. The latest clinical reports leave little doubt.

“Our study strengthens the evidence for skin-to-skin contact during sex as the dominant mechanism of transmission of monkeypox, with important implications for disease control,” said The Lancet with data from several Spanish hospitals.

The viral charge had been found to be much higher in patients’ skin lesions than in their breathing equipment. This observation seems to undermine the idea pushed by some researchers that airborne transmission was also playing a major role in the spread of cases. At the same time monkeypox is not thought to be caught via sperm, and although that has not been totally ruled out, current research is far from proving it.

All three studies agreed on the main monkeypox symptoms. “The characteristics of the cohort we describe differ from those of populations affected in previous outbreaks in endemic regions,” the BMJ noted in the study of UK cases. The two key elements are fever, often with muscular aches, and skin lesions which scab over. But the details vary, probably because of the type of transmission, with recent cases heavily linked to sexual activity.

For all three studies, the lesions often break out in the anus, penis and mouth.

One complication that has previously been rarely observed has been inflammation of the rectum or a swelling on the penis. The Lancet found complications occurred in 40 percent of cases and the NEJM in some 20 percent. But there was also some good news about the gravity of the illness.

“Clinical outcomes in this case series were reassuring. Most cases were mild and self-limited, and there were no deaths,” the NEJM said. “Although 13 percent of the persons were admitted to a hospital, no serious complications were reported in the majority of those admitted.”

The Lancet report raised the issue of the efficacy of vaccines, given that 18 percent of cases were in people who had already received a jab meant to protect against monkeypox. But some patients had had the vaccination for many years, even decades before catching the virus.It is also unclear how other illnesses increase the risk of catching monkeypox. About 40 percent of patients in The Lancet study carried HIV, but it was impossible to work out if there was a direct link between the two.

[This story is published via AFP Relaxnews.]

Devour the yummiest and healthiest food with these air fryers

Interview: Squash champ, Saurav Ghosal on what it takes to be exceptional