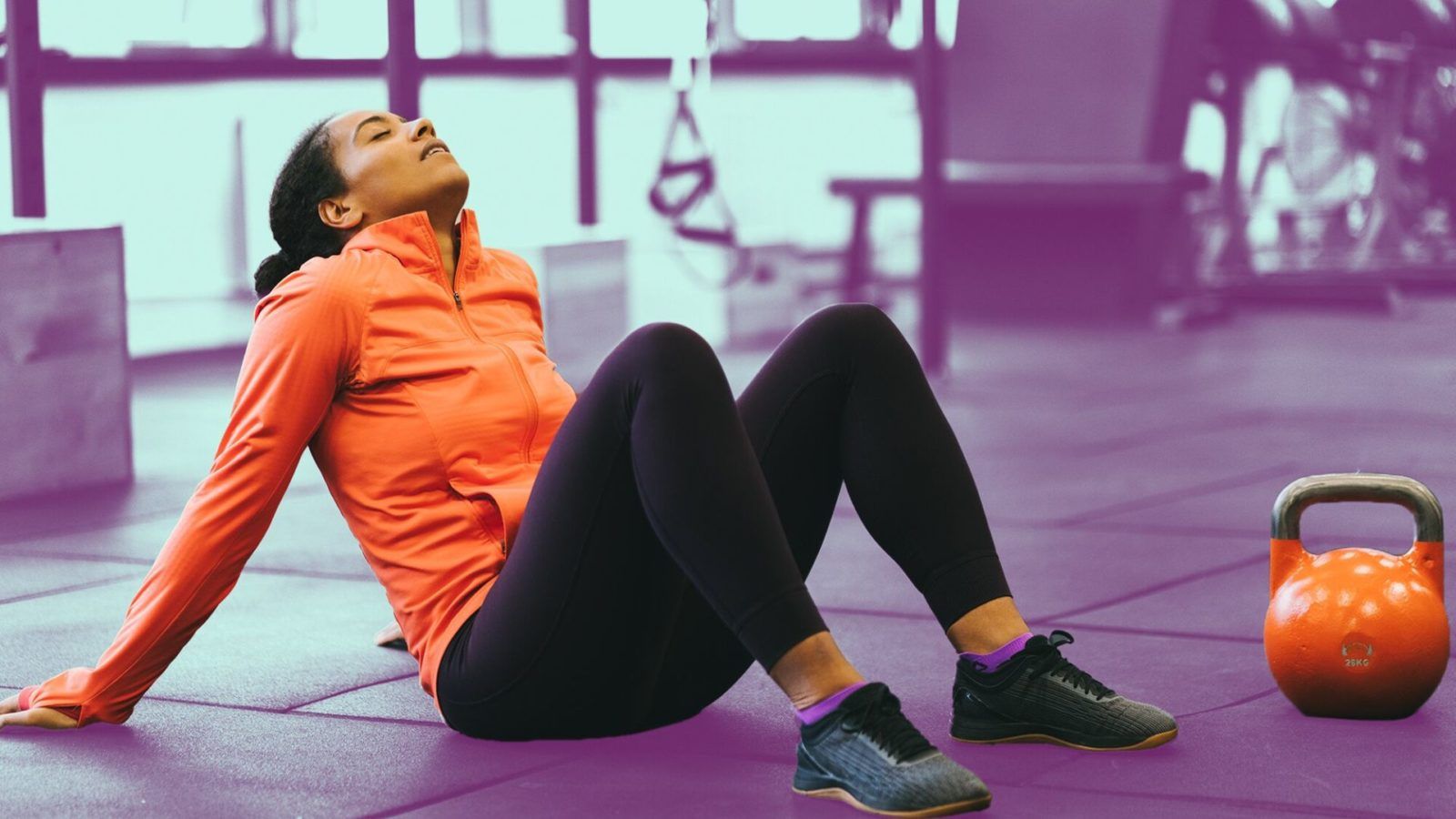 You’ve just come home from the gym, feeling super proud of yourself after absolutely crushing a super intense workout. You open the refrigerator, give it a quick scan, and prepare to make yourself a hearty post-workout snack. Except, you realise you’re actually not hungry — which seems counterintuitive to the level of energy you just expended.

So, what gives? If you’ve ever worked out really hard and realised you have little or no appetite (in contrast to how hungry you might feel after moderate exercise), there may be an explanation for this phenomenon. A study published in Nature suggests there is in fact a link between intense exercise and decreased appetite.

The researchers set out to learn more about the metabolic changes that occur in the body when a person exercises, according to a press release. Initially, they observed mice after they completed 30 minutes of activity and found a significant spike in one particular molecule after the animals were physically active: a combination of lactate (a by-product produced in the body during exercise) and phenylalanine (an amino acid). Researchers dubbed this combination “lac-phe.”

Next, to confirm that the increase in production of this molecule was specifically related to exercise (rather than stress, for example), researchers sought out data from racehorses, as the animals are routinely tested for enhancement drugs and getting blood samples necessary to look for the molecules would be easy, notes the press release. They discovered a spike in the same molecule after the horses ran, further proving that the increased production of lac-phe was related to exercise.

Finally, researchers asked eight healthy men to exercise three times at varying intensities, according to The New York Times. The men cycled at a leisurely pace, lifted weights, and performed 30-second sprint intervals on a stationary bike. Researchers then looked at the amount of lac-phe the participant’s bodies produced afterwards, finding that the level of production was highest after the sprints (a high-intensity exercise) and lowest after the 90-minute cycling session (which was performed at a moderate intensity). What’s more, a previous study also found a post-exercise spike in lac-phe in humans, reports the press release, backing up the new study’s findings.

So why exactly might these findings be important. Well, researchers behind the newest study observed that when obese mice were given lac-phe outside of what might naturally occur through exercise, their food intake went down by 30 percent. “That led to reduced body weight, reduced fat, and improved glucose tolerance, indicative of a reversal of diabetes,” said Long in the press release. It also might explain why you don’t always feel hungry after a tough workout.

What is the connection between exercise and appetite?

This isn’t the first time experts have studied the connection between exercise and appetite. A 2016 study also suggested that intense exercise may bring down your appetite, Shape previously reported. In this case, researchers found that exercise causes the hunger hormone (ghrelin) to decrease, while the hunger-suppressing hormone (peptide YY) increases. And while a lot of people (rightfully so!) feel ravenous after a workout, exercising for an hour at moderate intensity may leave you feeling hungrier than a HIIT session that lasts only 20 to 30 minutes.

While researchers seem excited about the potential benefits of their findings, there’s more to be determined about the link between lac-phe molecule production, exercise, and appetite. Still, the study is definitely interesting — and it may help you make sense of why you sometimes simply don’t feel like taking down your usual post-workout snack after completing a super-challenging workout.

Keep in mind that none of this means you shouldn’t eat after a workout. In fact, science also shows it’s incredibly important to refuel after a particularly laborious and sweaty exercise session because strenuous exercise depletes the body of glycogen (aka fuel stored in your muscles), Shape previously reported, and excess sweating can cause dehydration. Eating a combination of protein and carbohydrates 30 minutes to an hour after your workout will help restore energy, repair muscles, and keep your metabolism going, so you can recover safely and keep up with your favourite activities.

Exercise Workouts intense workout
Zara Hanawalt
Workout
Sign up for our newsletters to have the latest stories delivered straight to your inbox every week.

What we know of the symptoms and spread of monkeypox

How to treat insomnia and tips to get some peaceful sleep