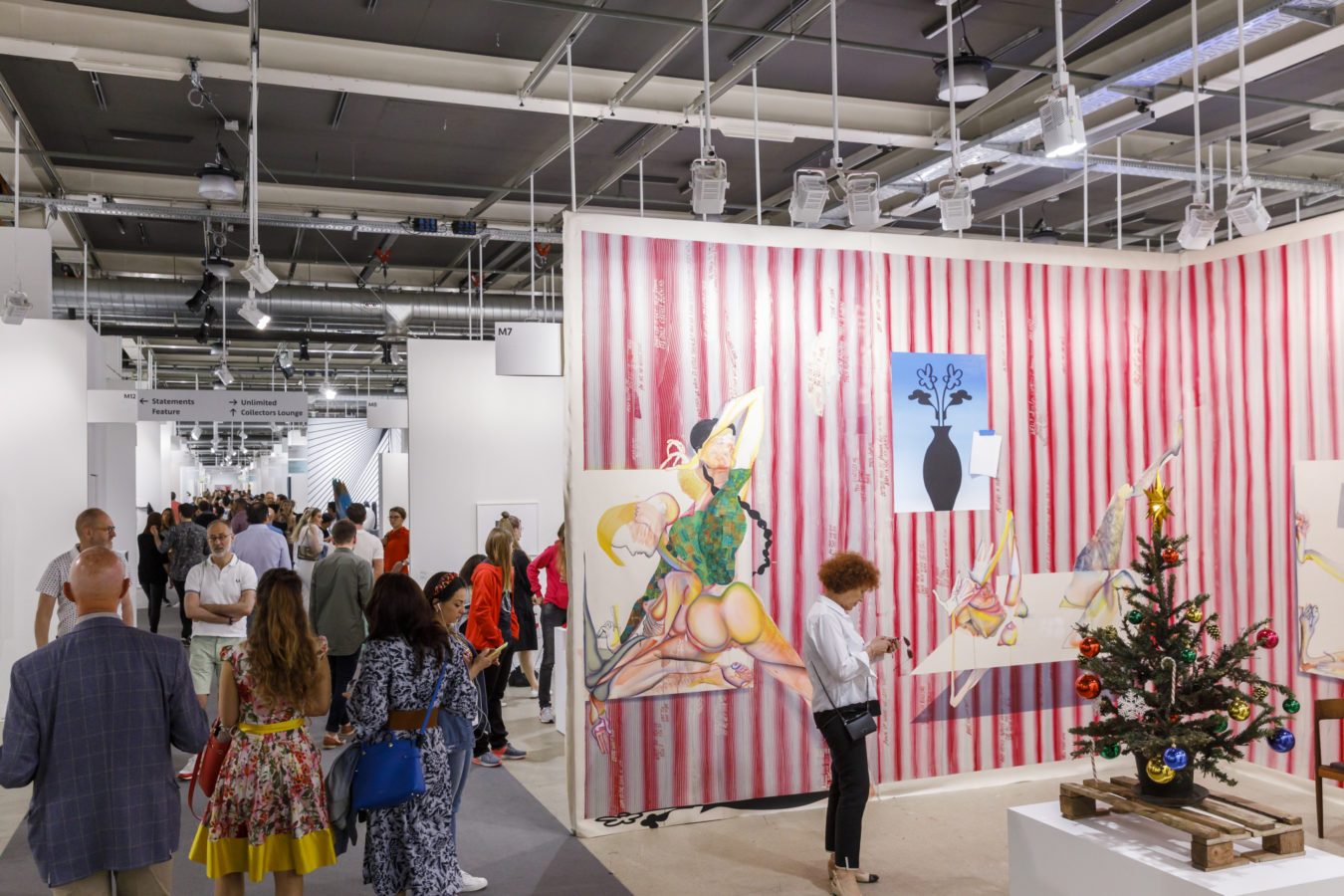 Art Basel 2020 goes online with over 4000 artworks this June

Art Basel‘s parent company MCH Group has announced the cancellation of the 2020 edition of its Swiss flagship fair, which had already been postponed from June to September due to the coronavirus pandemic. Organisers are now launching the second instalment of Art Basel’s Online Viewing Rooms, which made their debut in March in lieu of the physical edition of its Hong Kong fair. Art Basel has assembled an international lineup of 281 galleries from 35 countries across the globe, offering collectors the opportunity to discover over 4,000 works from the Modern to post-war and contemporary periods. 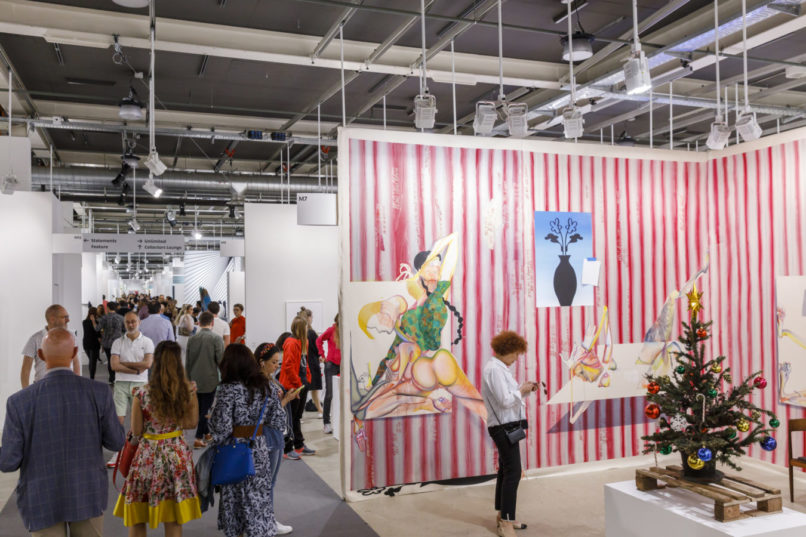 Several participating galleries will present thematic viewing rooms reflecting on current issues, such as the impact of the global pandemic. Among them is Jack Shainman Gallery with “Reach out and touch me,” which will include works that highlight the power of physical intimacy in a time marked by the decline of casual interpersonal contact.

Mumbai-based Jhaveri Contemporary will explore the abiding role of nature in a selection of pieces by Asia-born artists Simryn Gill, Mrinalini Mukherjee, and Anwar Jalal Shemza. Several presentations will also address the themes of racial equality and justice, at a time when many in the art world have taken action in reaction to the recent deaths of George Floyd, Ahmaud Arbery, and Breonna Taylor.

Around the time that Mrinalini Mukherjee was working on her etchings in New Delhi (see previous post 🌿), Anwar Jalal Shemza was working in a studio at the bottom of his garden in Stafford, England, dreaming of retiring to the foothills of Kashmir, Pakistan. Shemza was a keen gardener, and throughout his career, he remained equally interested in objectivity, geometry and pure abstraction and the organic, curvilinear forms of nature. . It was in the late 70s and early 80s that Shemza was experimenting with photograms — images made without a camera — using flowers, ferns and weeds from his garden. Little is known about these beautiful works — they were discovered only recently in his archives, decades after his death in 1985 — other than some of the artist’s references, which range from the botanical records of nineteenth-century figures like Anna Atkins (whose self published ‘Photographs of British Algae: Cyanotype Impressions of 1843’ is widely considered the first photo book) to the works of early modernists such as László Moholy-Nagy and György Kepes. . We are super excited to show Shemza’s photograms for the first time on Art Basel’s OVR, launching on the 19th of June 🌱 #artbaselovr #discoveries #photograms #anwarjalalshemza #mrinalinimukherjee #jcestates @artbaselovr

A post shared by Jhaveri Contemporary (@jhavericontemporary) on Jun 14, 2020 at 8:45pm PDT

Sikkema Jenkins & Co. will notably display a new work on paper by New York-based multidisciplinary artist Kara Walker, which is a monumental quadriptych from her 2019 “Fons Americanus” archive that addresses the power systems of white supremacy.

Elsewhere, A Gentil Carioca will showcase a painting by Brazilian artist Arjan Martins, which is inspired by the shooting death of 14-year-old teenager João Pedro Matos Pinto during a police raid in Rio de Janeiro. Some participating galleries will also use their own exhibition spaces to physically install some of the works on display on Art Basel’s Online Viewing Rooms.

For @artbasel 2020 Online Viewing Rooms, we are pleased to present a monumental work on paper from #KaraWalker’s 2019 Tate Modern Turbine Hall “Fons Americanus” archive. This quadriptypch (swipe to see complete artwork) depicts a narrative of trans-Atlantic travel and the subsequent shipwreck; the enslaved bodies aboard these vessels find themselves on unfamiliar shores. • Waterborne disasters have featured previously in Walker’s work, often as destructive forces decimating society’s most marginalized communities. In “Fons Americanus”, water represents the power systems of white supremacy that comprise the trans-Atlantic slave trade within Europe and America. Her scenes of shipwreck imagine a new Black Atlantic: a mythic land on water, the site of tragedy, oppression, sacrifice, rebirth, and possible salvation. @kunstmuseumbasel will present a major survey exhibition of Walker’s drawings entitled “A Black Hole is Everything a Star Longs to Be” in 2021. • Image: Kara Walker, “Fons Americanus archive” 2019, charcoal, graphite, and acrylic on paper. #ArtBaselOVR takes place online from June 17 – June 26. #SikkemaJenkins @kara_walker_official #artbasel @tate #TateModern #FonsAmericanus

More than 20 Berlin-based galleries will be doing so as part of the upcoming “BaselbyBerlin” initiative, which will take place in the German capital from June 17 through 18. Organisers of Art Basel have also announced that the second edition of the Online Viewing Rooms will also offer new features, such as the capability for users to “like” and share their favourite artworks. Additionally, participating galleries will have the opportunity to embed videos for every work on display, giving art enthusiasts the chance to watch artists talking about their own oeuvre.

The Online Viewing Rooms will run June 19 to June 26 on Art Basel’s website and its corresponding app, with preview days launching on June 17.