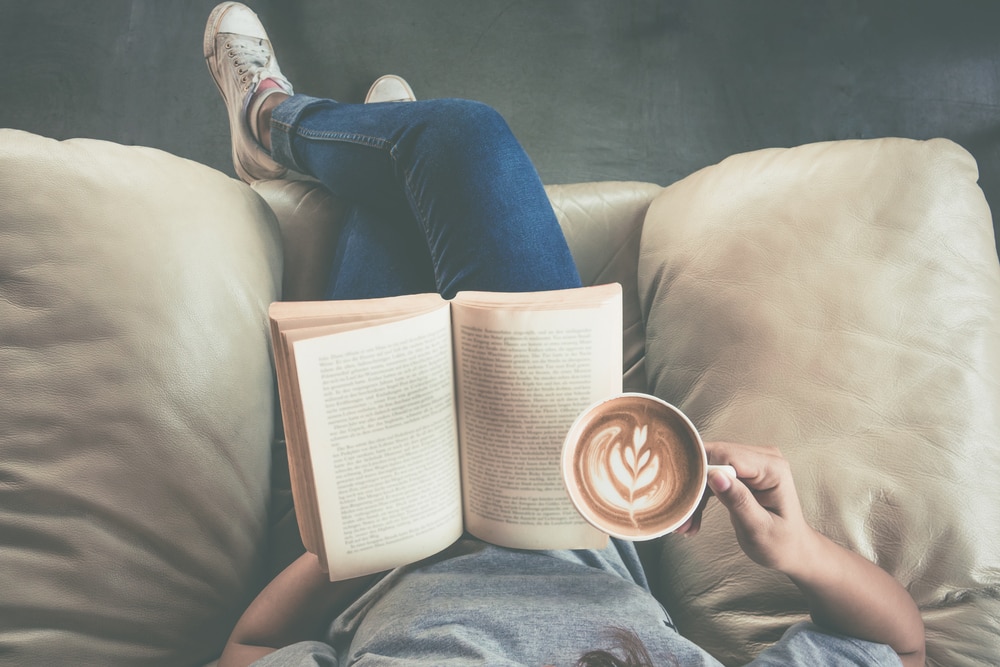 All the new books by Indian authors you need to read

If there was ever a time to show books some gratitude and respect, it would be now. Given the debacle that the last season of Game of Thrones was in the absence of richly detailed A Song of Ice and Fire books illuminating the path, we can all agree that books trump… well, everything. If you’re ready to take a break from your online streaming subscriptions, here’s the best of new book releases in India that 2019 has to offer, by way of indigenous literature.

For too long, mythology, much like history, has glorified the men and ignored the women. Not on Chitra Banerjee Divakurni’s watch. After the resounding success of Palace of Illusions, Divakurni asks readers to engage with Sita’s heartbreaking truths, told from her vantage point. It’s not the first time Indian authors have attempted to tell Sita’s story. Devdutt Pattanaik, Amish Tripathi, Namita Gokhale, Samhita Arni, Mallika Sengupta and so many others have done fantastic jobs of exploring the many facets of Sita’s character. But what makes Forest of Enchantments stand out is that even as Sita takes centrestage, Divakurni never forgets that no story exists in isolation, and that women weave a complex web of relationships with other women that is only theirs to understand. And so she peppers Sita’s story with the voices of the other forgotten women of Ramayana — Kaikeyi and Manthara, Mandodari and Soorpanakha…all have tales of male entitlement to tell.

My Seditious Heart by Arundhati Roy

A staggering thousand pages long, My Seditious Heart is a collection of non-fiction writing by the controversial journalist, writer, and political activist winner of the Man-Booker award. It spans the two decades between The God of Small Things (1997) and The Ministry of Utmost Happiness (2017), My Seditious Heart explores themes and settings from both books, as Roy ruminates over her journey as both a writer and a citizen of a world that is rapidly changing, but not necessarily for the better.

Coming Out As Dalit by Yashica Dutt

Journalist Yashica Dutt’s brave debut novel is part memoir and part blistering social commentary. It’s also wonderfully timed, given how urban India has been locked in fierce argument over caste discrimination and how much of an “issue” it is in the present scheme of things. Yashica Dutt takes us through the history of the Dalit movement and the oppression of Dalits, interspersing it with stories of her life — how she spent a lifetime denying her Dalit identity, the feelings of shame and self-loathing that accompany such a long-spanning, resolute lie, pretending to be an upper caste Brahmin, and the series of events that finally led to her awakening and the decision to take away anyone’s power to humiliate her for her caste by exposing her own lie and wearing her Dalit identity as a badge of honour. It’s a compelling and important read in an India that is still straddling two vastly different realities.

A Suitable Girl by Vikram Seth

The sequel to Vikram Seth’s 1993 seminal novel, A Suitable Boy, A Suitable Girl has been in the news from the time Seth announced he had started writing it in 2009. First due to speculation over whether it will be the same extraordinary length as its predecessor, and later, in 2013, over a series of missed deadlines and subsequent change of publishers. The hotly anticipated novel will finally hit the stands this month. So far, we know this about the novel: it is going to be set in present-day India, and Lata, the 19-year-old heroine of ASB is now an 80-something grandmother on the hunt for a suitable match for her grandson.

Featuring original stories by 14 women writers, Magical Women is a delicious medley of rage-filled female characters, each one inhabiting realities that values men over them. The protagonists are chudails and tawaifs, goddesses and rakshasis, demon hunters and serial killers, and each one manages to leave her mark on the reader. Magical Women borrows richly from Indian mythology and folklore, but each writer takes great care to present her character in a wholly unique manner and setting. And so we become privy to a charged conversation between earth and evolution, a demon hunter who has a life-changing epiphany about goodness and evil, a modern-day rakshasi with a rose garden. As is the nature of anthologies, I loved some stories and didn’t quite know what to make of others, but one thing is undeniable — Magical Women presents the female force in a way I’m yet to see in an Indian anthology.

A Respectable Woman by Easterine Kire

The fact that Easterine Kire is the first Naga novelist to write in English has earned her a permanent spot in the history of Indian literature. To add to that, Kire is among the very few women who populate the list of writers who use the challenging backdrop of wars on which to mount their stories. A Respectable Woman is set in a Nagaland ravaged by World War II, after the Allies won in the Battle of Kohima. She recreates a pre and post-war Kohima, from 1944 to the present day, through the narratives of a mother-daughter pair, and takes the reader through a poignant tale of the impact of the devastation caused by past wars, juxtaposed against the political and military unrest in the region in the present.

The Lies We Tell by Himanjali Sankar

The Lies We Tell might be for young adults, but there’s a lot to be learned about the universally fragile nature of human relationships from the awkward ramblings of its 17-year-old narrator, Irfan Ahmed. Sankar takes the reader through an increasingly dark and disturbing transformation of Irfan from a gentle, sensitive teen to an angry, vengeful young man as he grapples with betrayal, loss, misunderstandings, and misguidance.

Food & Drink
Delhi & Mumbai: Your favourite restaurants are now delivering DIY cocktail kits
Culture
#QuarantineLife: Take a cue from these celebs on how to keep it cool when at home
Gear
BevQ, Kerala’s liquor delivery app amid COVID-19, now on Google Playstore
Style
Shopping for clothes? This is what that experience will feel like now
Style
The perfect Indian swimwear labels to suit every body type
Gear
LSA Picks: Gamers, these are best Rockstar Games to enjoy during a timeout
Culture
How comedian Danish Sait made India laugh through the lockdown
Weddings
#Trending: 6 cool new ways brides can wear braids in 2020
Food & Drink
Everything you need to know about plant-based milk alternatives
Sign up for our newsletters to have the latest stories delivered straight to your inbox every week.

#LSAQuickReads: A simple bun is no longer a style

Beauty is now moving towards sustainability, and w

This artist recreated iconic logos to address the pandemic life

#LSAQuickReads: A simple bun is no longer a style

Beauty is now moving towards sustainability, and w