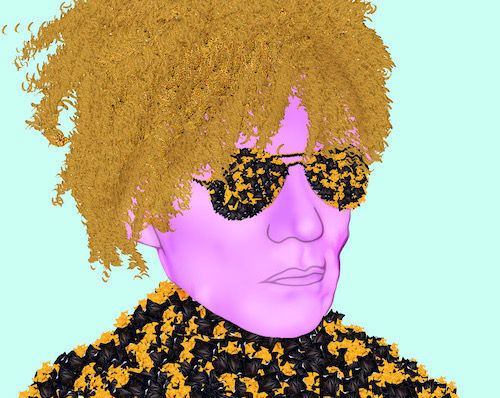 How are NFTs supporting the LGBTQI+ community this Pride Month?

Culture
How are NFTs supporting the LGBTQI+ community this Pride Month?
Share this article
Next article

While there are many Pride Month events taking place across India, what are NFTs doing to support the LGBTQI+ community?

The month of June is dedicated to LGBTQI+ pride events in the United States and in many other countries around the world. For the occasion, an NFT collection paying tribute to a selection of pride icons has been launched to raise funds for organisations fighting for the rights of lesbian, gay, bisexual, transgender and intersex people.

“Pride Icons” is billed as “the world’s largest LGBTQI+ NFT collection.” And for good reason, since it celebrates 100 artists and personalities that the queer community view as cultural icons. The list includes figures such as Andy Warhol, Barbra Streisand, Cher, Elton John and Marsha P. Johnson, an African-American transgender woman and a real figurehead of the Stonewall riots in 1969.

Culture
Pride month: 11 Asian LGBTQ+ movies that you must watch
Culture
Batwoman to Loki: LGBTQ+ superheroes in comic books you might not know about

All have been immortalised in the form of NFTs — the blockchain-based digital property certificates that are proving popular in the art world and Hollywood — by artists Max Bahman, Gal Ben David and Matan Berson. Rather than choosing to represent these figures faithfully, the artists chose to embody their essence. “Each icon is built from each star, from Elton John to Cher and Harvey Milk, each NFT is related to the icon and what they represent,” one of the project’s three co-founder, Eliad Cohen, told Forbes.

The “Pride Icons” collection is divided into three groups — “Plus,” “Prime” and “Prestige.” Each has its own level of rarity and gives access to different privileges, such as private events and even discounts for cosmetic surgery. “Although some are rarer than others, all Pride Icons are fabulous, legendary and unique in their own way,” reads the project website.

Collectors have until July to try to acquire an NFT from the “Pride Icons” collection. The Andy Warhol NFT has already been sold for 1.4 Ethereum (Rs 201829 approx. at the time of writing). The entrepreneurs behind the project hope that others will follow.

“Pride Icons is more than ‘just another NFT project’. It pays tribute to those legendary LGBTQ+ icons that got us this far. Those who have shaped and inspired generations,” they say. “It is a purpose-led community that allows its members to empower non-profit! A membership of a lifetime.”

In that spirit, $1 million will be donated to charities and organisations fighting for the rights of people in the LGBTQI+ community, like GLAAD and the Trevor Project. As Amir Lazarovich, one of the co-founders of “Pride Icons,” explains to Forbes, “the power will come when enough of a community has been built up, once we get more people, we can do so much good for this world.”

Tech pride Pride Month NFT
Lifestyle Asia
Here's where you can read the latest news and stories from Lifestyle Asia and our sister titles PrestigeOnline and Augustman, curated from all of our editions in Hong Kong, Singapore, Kuala Lumpur, Bangkok and India.
Luxury
Sign up for our newsletters to have the latest stories delivered straight to your inbox every week.