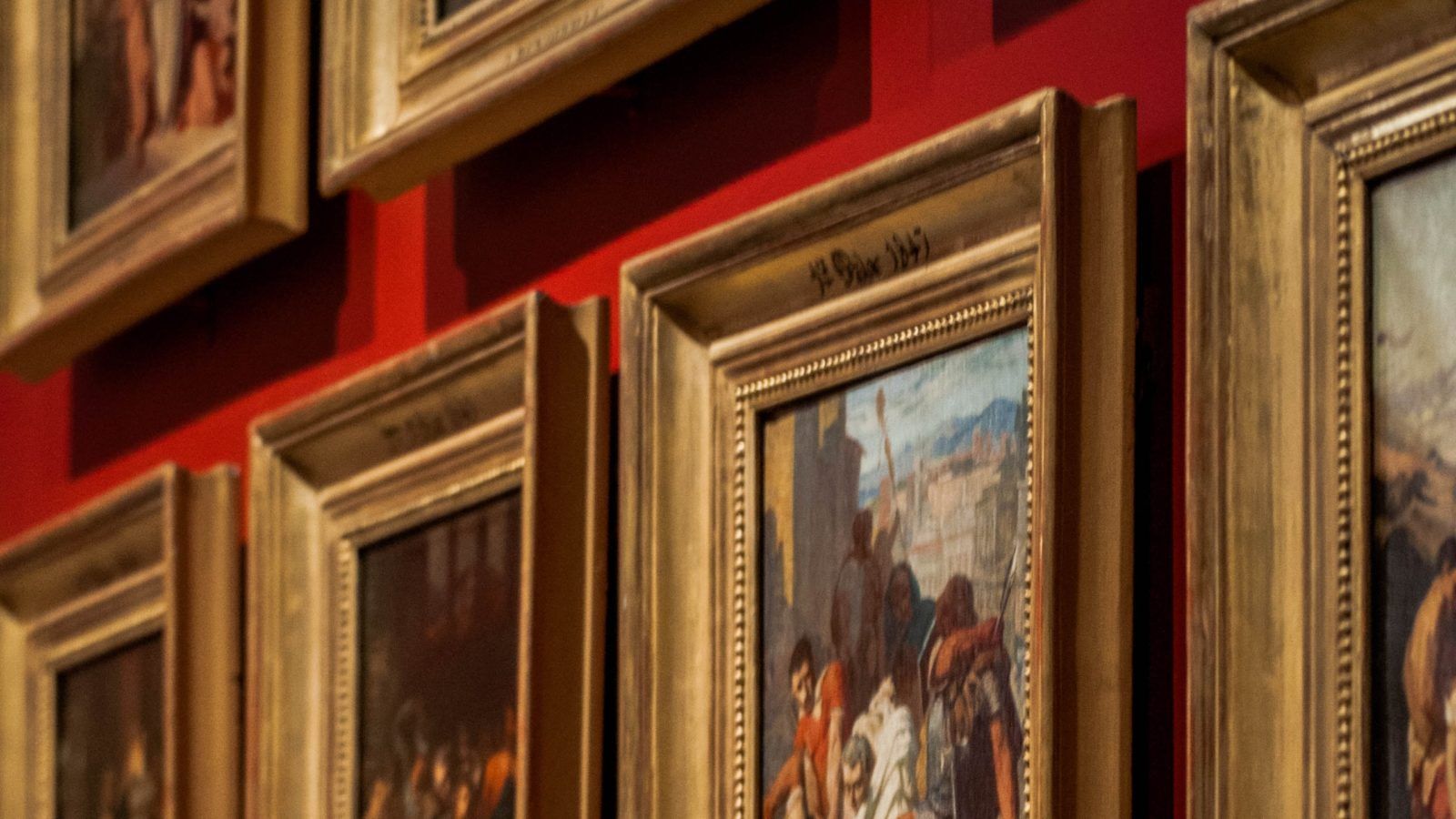 With the magic of the internet and the promise of an unshakable WiFi connection, you, too, can spend an afternoon getting lost between virtual art museums. The Musée Louvre to begin with. Then, the MoMA — coffee in hand. The V&A, too, awaits. All in the matter of minutes.

Unless you’re Netflix Bling Empire’s Anna Shay, an afternoon in Paris can really only be reality if you’re already in Paris. For the week. Or, two, if your company’s annual-leave allowance is extra generous. Spontaneity and trips that require hours spent snoozing, hopefully, in an airplane cabin do not generally mix; for us mere mortals, that is.

For better or worse, the proliferation of virtual events in light of the pandemic — while profoundly changing the nature of the experiential industries — have made the arts and culture-at-large that much more accessible. Your stare-off competitions with the Mona Lisa would have taken place behind a thick pane of glass — and security-guarded rails — anyways; why not through a blue-lit 13-inch laptop screen, too?

Style
5 Indian minimal jewellery labels that need to be on your radar
Weddings
Opinion: Wedding designer Devika Narain on the future of the big, fat Indian wedding

Journey to the West: America

A post shared by The Metropolitan Museum of Art (@metmuseum)

First stop: The Metropolitan Museum of Art. It’s bronzed antiquities against Dutch masterpieces. Precious, priceless artefacts, housed under one square block in Manhattan. Slip into your best Blair Waldorf impression and imagine yourself seated on the steps of the Met on a school day. Instead of judging young high-schoolers in last-season footwear, however, you’re enjoying a virtual trip through the Met 360° style or, unframed, via mobile.

Rather than meander through the New York City subway system where you’d inevitably go up instead of downtown, you’re headed to the Museum of Modern Art next — not with a single-trip subway swipe — but a simple switch of tabs. The MoMA Virtual Views project offers an in-depth, truly microscopic look into some of the most iconic works of art in history. Ever seen Van Gogh’s Starry Night unaccompanied by a sea of heads and smartphones, tilted forwards? Us either. Here’s your chance.

Then: New York to Washington DC. Without the dodgy Greyhound bus ride. The collection of portraiture at Smithsonian’s National Portrait Gallery is a beautiful homage to the people, not events, that shaped American history. Considering the recent inauguration, may we suggest the retrospective on ‘America’s Presidents’?

Across the Atlantic to Europe

A post shared by Victoria and Albert Museum (@vamuseum)

London calls and the Victoria and Albert Museum stands in repose. The V&A does not disappoint with a virtual library of 1.2 million — yes, million! — objects to sift through, from deep-dives into hosiery to the Glastonbury Festival Archive.

A Eurostar trip? Non merci. Musée Louvre is but a click away, after all. Practice your wan smile in the mirror, for a close-up, virtual-reality tête-à-tête with the mysterious woman of the house, the Mona Lisa? On the cards.

Up next, a surreal trip to Figueres, Spain for a meeting with Salvador Dalí at The Dalí Theatre-Museum. Take a leisurely gander through the virtual museum tour; our favourite room is the one containing the Saliva-Sofa, modelled after Mae West’s crimson-red pout.

Our final stop on the Europe tour: Amsterdam. Witness the Dutch masterpieces up close and personal from the Rijksmuseum collection — their virtual interface is one of the best we’ve seen so far.

Down under to Australia

A post shared by National Gallery of Victoria (@ngvmelbourne)

Then, a pit-stop to the National Gallery of Victoria in Melbourne — the largest art museum in Australia — for their NGV Trennial 2020 exhibition, on view until April 2021. The Porky Hefer exhibit is particularly entrancing, with its larger-than-life-sized octopus taking up what looks like a space cavernous enough to host a mid-sized concert.

Constantly in pursuit of a multi-hyphenated career, Joey has written her way through fashion trends, youth culture and luxury retail in New York and Hong Kong. Beyond internet adventures tracking down the perfect vintage find, you can probably catch her sipping on her third oat milk latte of the day in the city’s newest café. She’s currently mourning the loss of TikTok in Hong Kong.