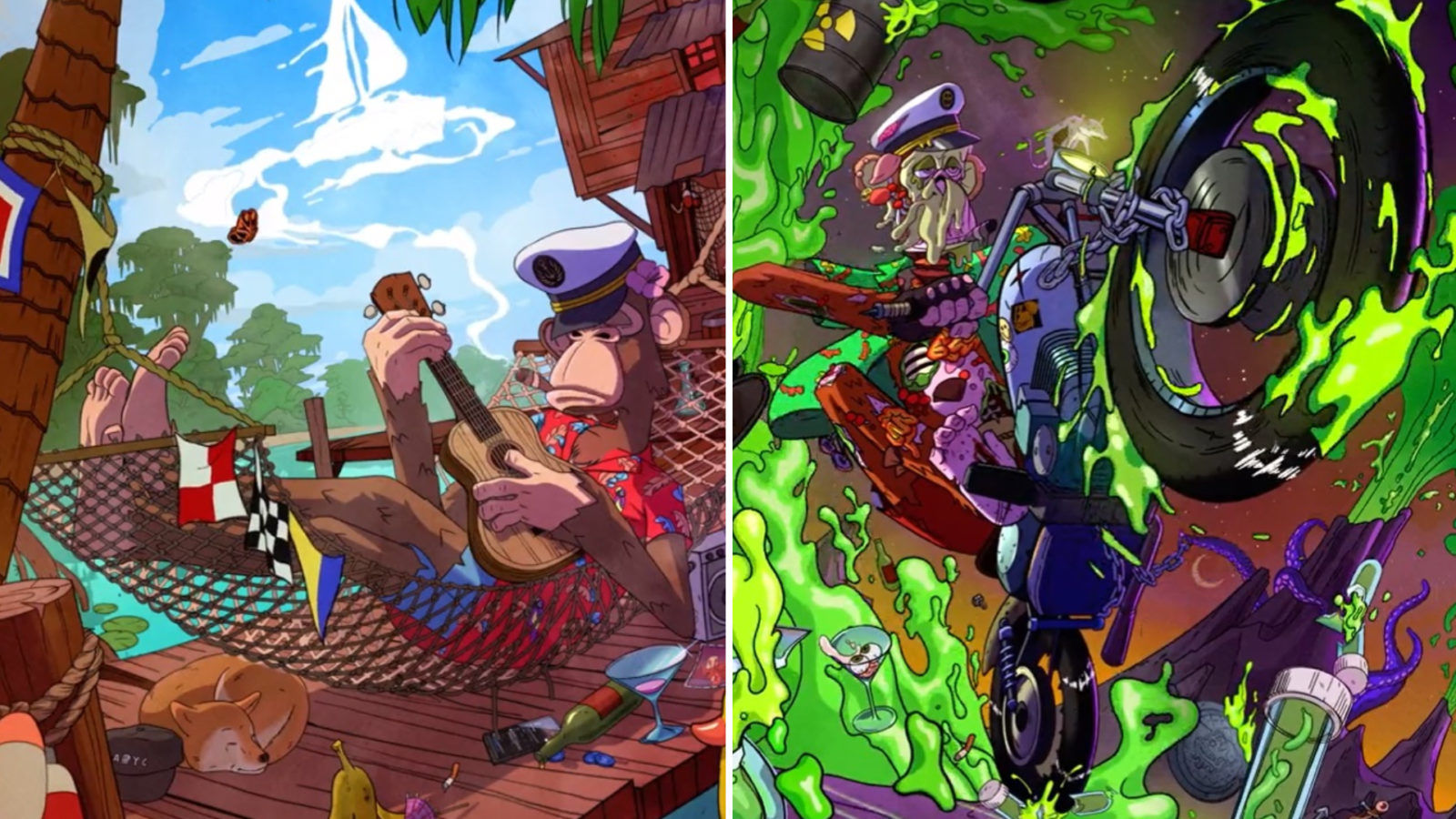 The popular magazine Rolling Stone released two new non-fungible tokens (NFTs) on 22 June in collaboration with Bored Ape Yacht Club (BAYC). This is the second time the two have partnered for an NFT drop.

The new releases also feature two physical art prints, which were sold soon after release. The NFTs are available for auction on NFT marketplace OpenSea till 25 June.

The NFTs feature a bored ape and a mutant ape

In one of them, the ape can be seen lounging on a hammock at the dock of the Bored Ape Clubhouse. Wearing a yacht captain’s hat, the ape is seen  strumming a ukulele as smoke from his cigar takes the shape of a yacht in the clouds.

The second is Rolling Stone’s collaboration with Mutant Ape Yacht Club. In it, the ape can be seen escaping what the magazine describes as “a mutant slime volcano on his motorcycle, outrunning – and outwitting – the barreling plume of lava behind him.”

How to bid for the NFTs?

The bidding for the two NFTs, both of which are animated, is on. Anyone can place their bid on OpenSea over the next two days in the same way as other NFT bids are placed on the marketplace. Bids for each of the NFTs have to be placed separately.

Payment can be made in ApeCoin through the official Bored Ape Yacht Club merch store.

Winners not only get the NFTs but also receive special collector’s items signed by Yuga Labs founders who created BAYC. The collector’s item also bear the signature of the artists and the CEO of Rolling Stone.

The physical art prints, which were sold out within their limited time-frame, were offered for USD 100 in ApeCoin, excluding shipping costs. Each of the prints measure 8.5 x 11 inches on 290 GSM fine art paper.

Rolling Stone released its first-ever digital cover NFT in 2021 with BAYC. Two apes, including a mutant, were featured on the cover complete with the Rolling Stone logo.

NFTs OpenSea Bored Ape Yacht Club Rolling Stone
Manas Sen Gupta
Manas enjoys reading detective fiction and writing about anything that interests him. When not doing either of the two, he checks Instagram for the latest posts by travellers. Winter is his favourite season and he can happily eat a bowl of noodles any time of the day.
Travel Culture Entertainment Food
Sign up for our newsletters to have the latest stories delivered straight to your inbox every week.

10 artists like KAWS and where to buy their artworks

Give your home a makeover with these celeb-owned homeware brands

10 incredible things to know about KAWS and his artworks