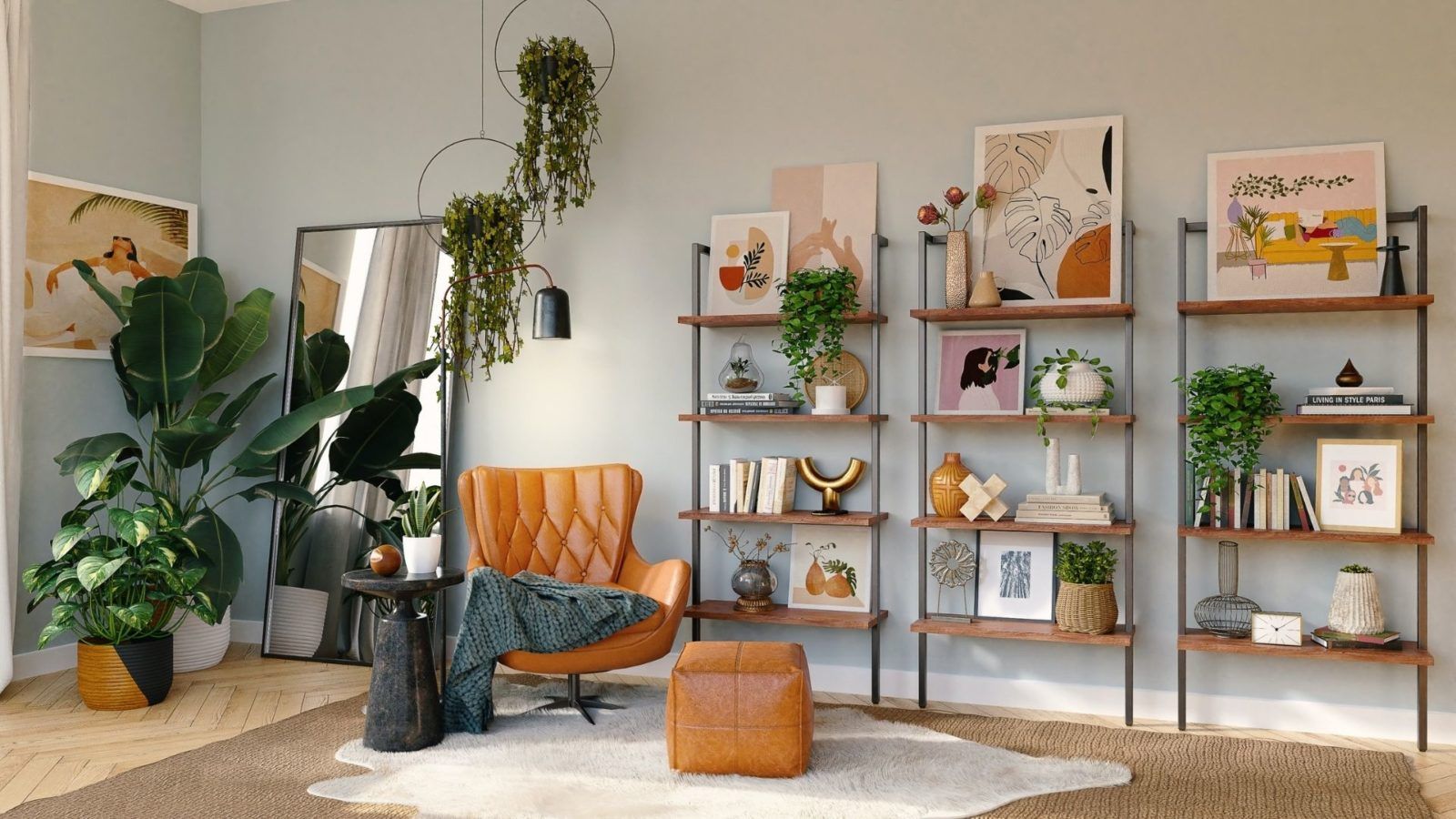 Culture
The best and worst indoor plants, according to Vastu Shastra
Share this article
Next article

Indoor plants are not just known for their benefits of improving the quality of air and making your home’s ambience a more welcoming one, they also create a sense of positivity. However, while some of the best indoor plants are believed to bring prosperity into our lives, others are avoided for being unlucky and attracting negative energies. But how can one decide which plant is good and which isn’t? Well, here comes the concept of Vastu Shastra.

What is Vastu Shastra?

Similar to the Chinese philosophy of Feng Shui, Vastu Shastra is the science of creating structures to promote harmony within that enclosed space. This includes homes, schools, commercial buildings and shops. It is also an art of placing objects in the house to balance negative and positive energies.

Ancient India was blessed with the knowledge of science and architecture. From the ancient rock-cut architecture of Gavaksha or ‘Chaitya arches’ to the grandeur of the Vijayanagara Empire in Hampi, Indian architecture was based on Vastu Shastra that hails from a prosperous Harappan civilisation. Encompassing several years of knowledge, the principles of science are documented in the Vedas and many manuscripts of Indian literature, dating back to 5,000 years. Today, it continues to be a core of modern architecture.

The Sanskrit term Vastu Shastra translates into the ‘science of architecture.’ Catering to functional architectural designs, it uses the concepts of fire, water, air, earth and space and spiritual beliefs to create a friendly setting or a peaceful place to live. This structuring of these places also includes the placement of windows, doors, stairs and kitchen.

Vastu Shastra is also consulted while decorating a house. This includes the positioning of objects, where plants play a crucial role. Though there are many plant types to choose from, some of which are simply gorgeous, not every plant you may like is suitable for your home as per the principles of Vastu Shastra.

How do indoor plants affect the Vastu of a home?

Vastu Shastra’s science applies to how and where you place plants in your home, as their positioning affects the health, fortune and wealth of its residents. While plants like bamboo, tulsi, jasmine, aloe vera and money plants are suitable for indoor gardening, thorny plants like cactus and creepers should be avoided, as they are believed to attract negative energies. However, you may include roses in your balcony garden.

Additionally, the positioning of plants can be related to the theme of a room and the structure of a house. For instance, placing indoor plants, except snake plants, in the bedroom should be avoided. Vastu Shastra also mentions the direction of the indoor garden to boost the flow of positive energies, as well as eliminate negativity.

Vastu experts also advise placing large and bushy plants in the southwest area of your home. Growing plants in your backyard or indoor garden promote stability and success.

Here are some of the best and the worst indoor plants, according to Vastu Shastra 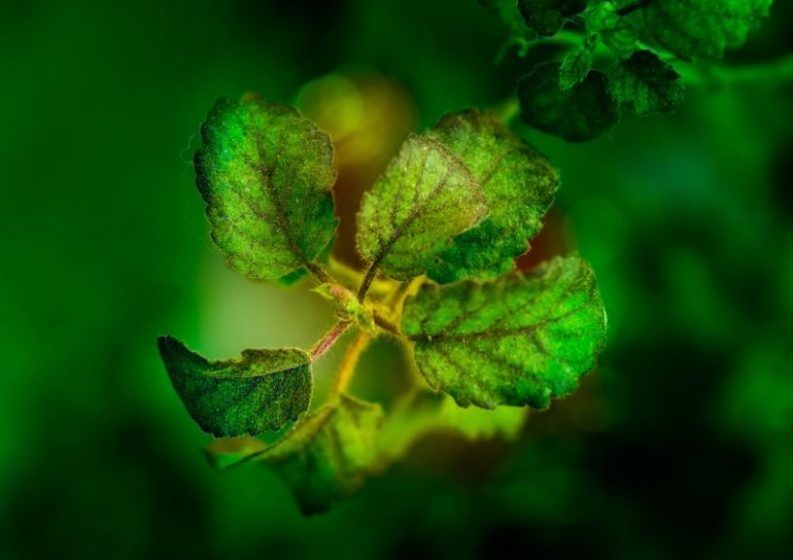 Tulsi is a sacred plant in the Hindu religion. Hindus consider it as the earthly manifestation of the Goddess Tulasi. It brings peace and happiness to the minds of the inhabitants who plant it inside their houses. The plant also helps ward off evil and negativity.

Tulsi is also used in treating fever and heart problems and is considered a medicine in some parts of India.
Vastu experts explain that tulsi should be positioned in the house’s east or northeast orientation and handled with respect and care. 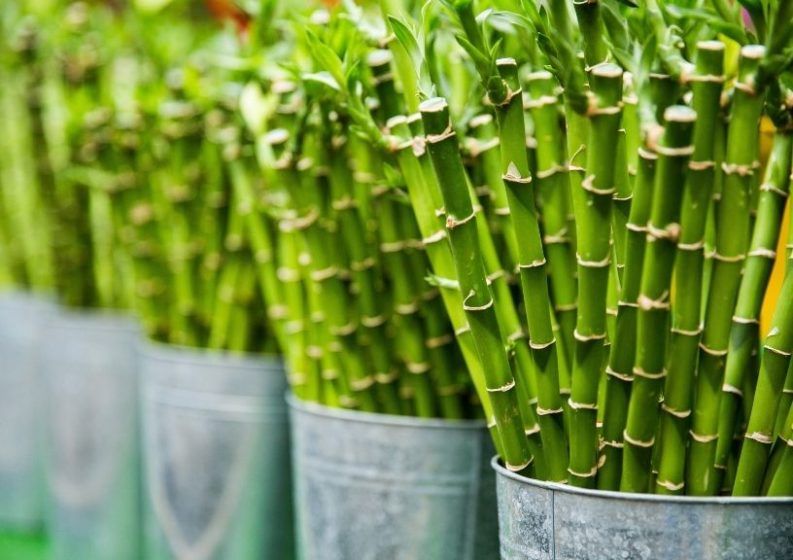 According to Feng Shui and Vastu Shastra, lucky bamboo is considered auspicious, and they need plenty of bright indirect light to survive. With the process of evolution, lucky bamboo has been altered for indoor cultivation as a houseplant.

It is believed that the plant brings luck and wealth to the location where it is planted, and when posited in the southeast, it also improves the flow of positive energy in the home and workplace.

Interestingly, the number of stalks tied with a red ribbon signifies wood and fire, respectively. A cluster of 10 bamboo stalks is believed to bring good health and prosperity to the plant parent’s home. 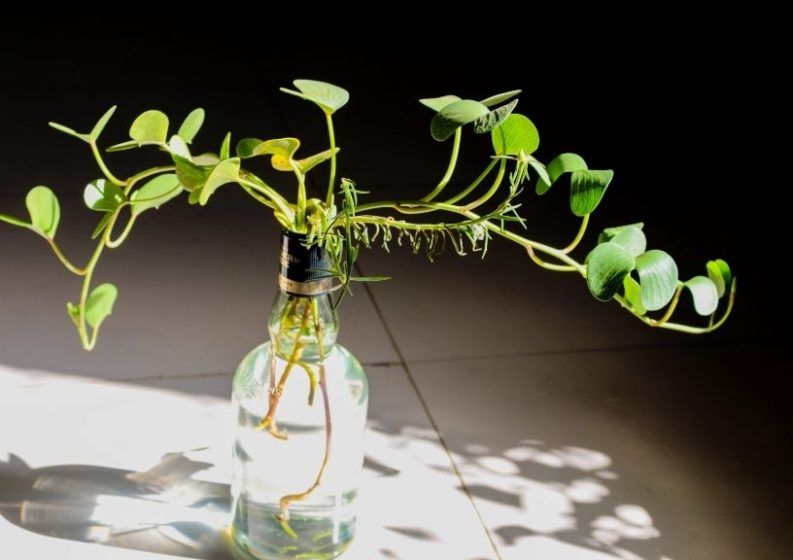 Money plant is known for bringing luck, positivity and success to those who have them in their homes and offices. It is believed that money plants have a significant impact on the financial well-being of people as well.

According to Vastu, the leaves with a round, flat area represent coins. People believe that the money plant is the embodiment of good fortune, and one would never run out of money if they place it in the southeast direction of their establishment.

These plants are low-maintenance and require indirect sunlight to thrive. 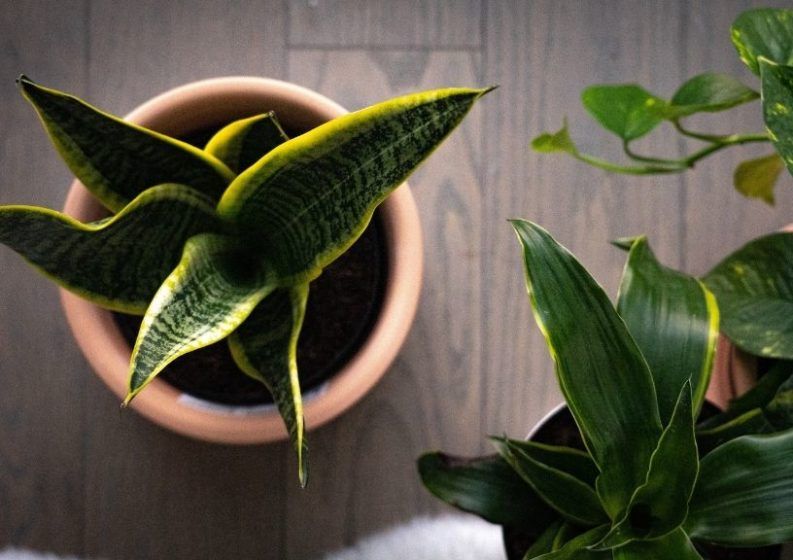 Sansevieria trifasciata, more commonly known as snake plant, is common foliage indigenous to Asia and Africa. It can be identified by its sword-shaped, evergreen leaves that grow vertically.

Similar to the drought-tolerant zz plant, it is a low-maintenance plant and can survive in direct sunlight and under-watering. Snake plants are believed to be the ideal indoor houseplants companion that brings positive energy when placed in the eastern, southern and south-eastern corners of your house.

The air purifying plant improves a healthy flow of oxygen, which helps reduce stress and anxiety among house members, according to Healthline. This makes snake plants ideal for the bedroom. 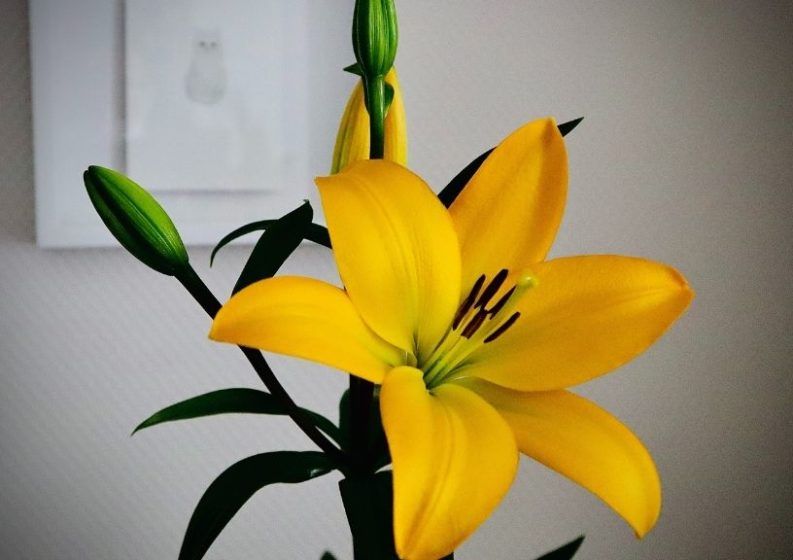 Lily is a beautiful plant that promotes a healthy lifestyle and adds brightness to the house and office. Vastu experts say that Lily keeps negative energies out and helps purify the air.

Growing a Lily in your home has various other benefits such as promoting emotional health and drawing positive energy for peace and harmony. There are two ways you can place a lily in your house.

While placing it in the east corner enhances better mental health and physical wellness, the plant can also be kept in the southwest corner for money, wealth and prosperity.

Aloe vera can thrive both outside and inside homes, as it belongs to the category of low-maintenance indoor plants. It can survive extreme cold and hot temperatures and can be placed in different terrains depending on location.

According to Vastu, aloe vera should be placed in the east or south-facing area, and one should avoid placing it in the northeast corner of the house. Besides bringing positivity into your home, the plant’s antimicrobial and antioxidant properties help in healing sunburn, frostbite and mouth ulcers, according to MedicalNewsToday. 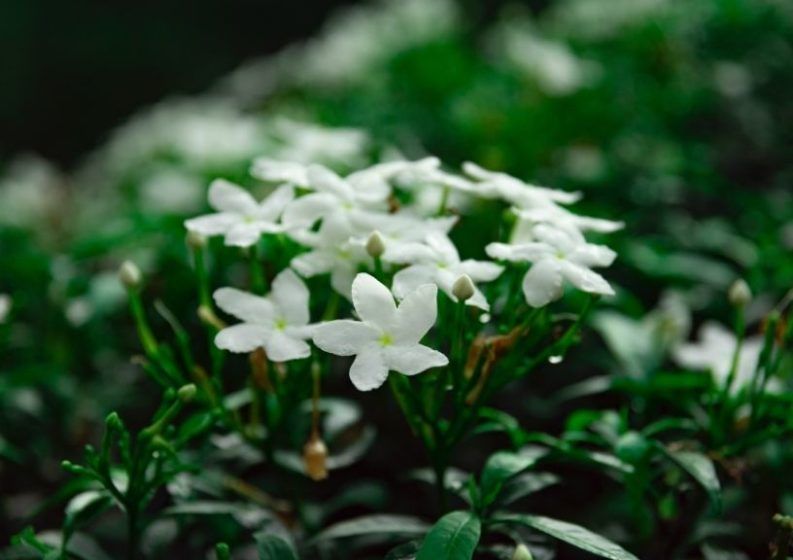 Jasmine is a gorgeous plant that instantly upgrades the area where it is planted. However, it needs extra care because it only blooms in well-draining soils with plenty of direct sunlight and water. Apart from its pleasing appearance, the plant also leaves a tinted rich, sweet, fruity and sensual scent.

According to Vastu experts, jasmine can reduce tension and anxiety while promoting good sleep and meditation. It is also known for drawing good energy inside the house and helps to calm nerves and promote harmony among family members when positioned near a south-facing window. 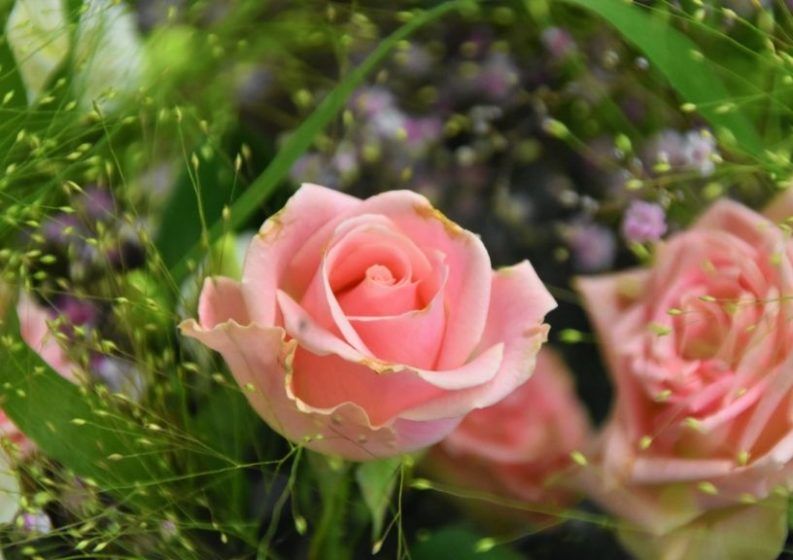 A rose is known for absorbing harmful energies and is considered lucky. This plant Some properties of roses also help in soothing skin irritation and reducing anxiety while promoting relaxation.

According to Vastu experts, a rose plant should be planted in the southwest corner of the house, as it fosters love and passion. 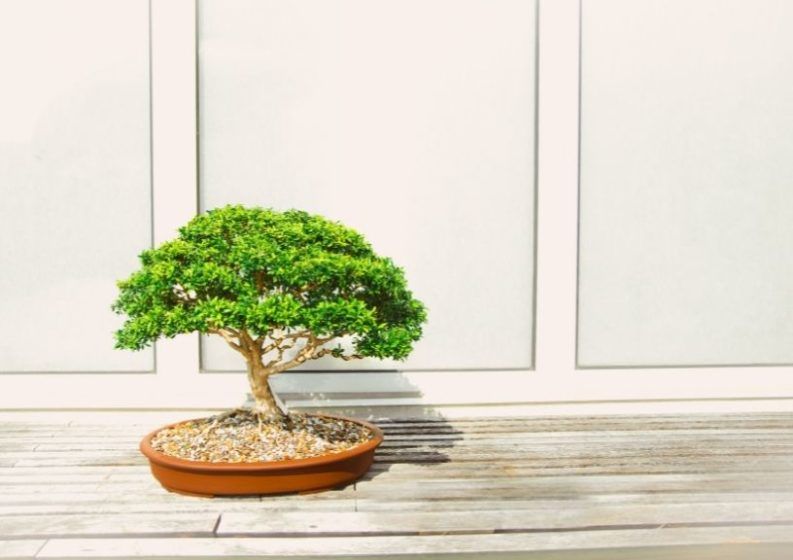 Bonsai has a long history that brings two cultures together — Japanese and Chinese. The word ‘Bon-Sai’ is Japanese, and the plant signifies the Chinese art form of creating miniature scale landscapes known as Penjing.

While a bonsai represents luck, harmony and balance in some parts of the world and is even considered an object for mediation, it has a sluggish and stunted growth.

Thus, it is believed to obstruct the home’s inhabitants’ natural life cycles. If one needs to grow Bonsai, it should be placed outdoors, where they are exposed to the four natural seasons just like typical trees. 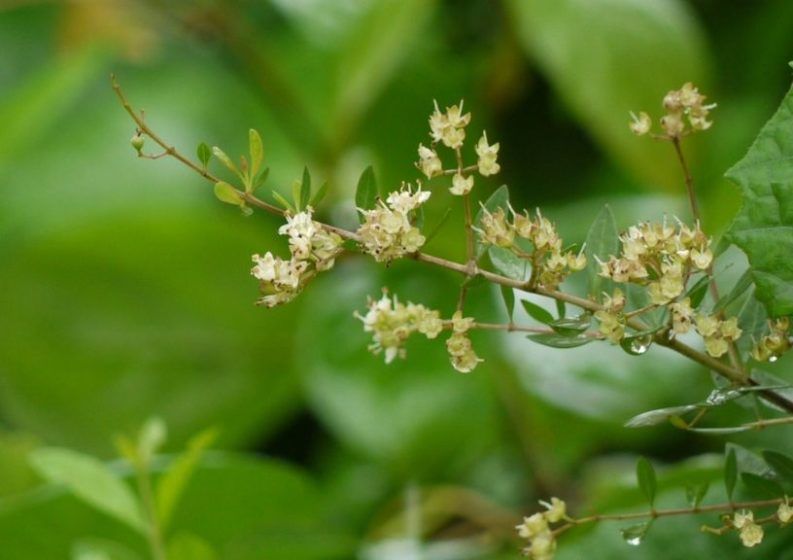 Lawsonia inermis, commonly known as henna or Mehandi, is a common plant used in Indian households. It is best known for making henna (Mehandi powder) which has been used to draw elaborate designs on the body in India, the Middle East and Africa for aeons.

They are also used for health benefits, including relieving headaches, detoxifying the body, improving nails, protecting the skin and boosting hair health. Though it has many health benefits, Vastu experts explain that it should not be planted inside the house because it draws evil spirits, disturbs the calm and creates confusion among family members.

A symbol of safety and maternal love in Native-American cultures, a Cactus is often regarded for it can withstand adverse environments. However, as beautiful as this representation sounds, it should not be kept inside houses.

Vastu and Feng Shui experts say that the plant brings bad luck into the home and causes worry and anxiety among the family members. However, one can plant a cactus outside their home. 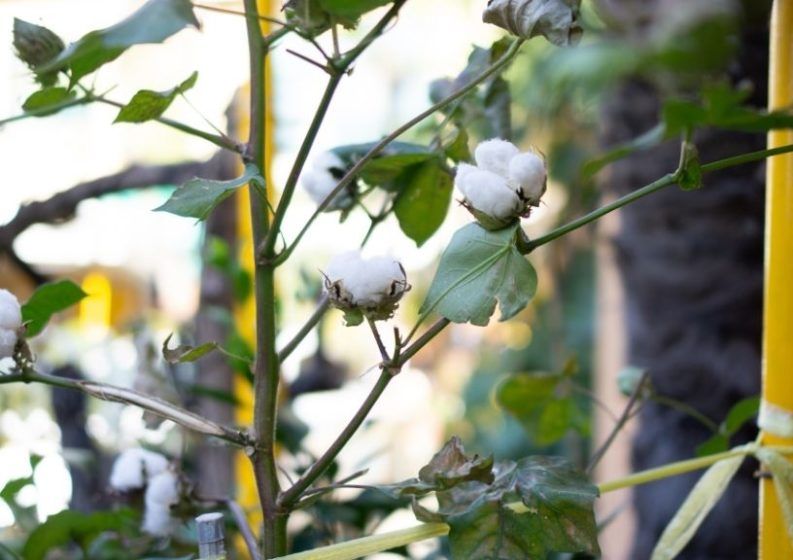 Contrary to modern belief, cotton is not exactly a plant but a fibre that grows on it. It provides food and fibre crops and belongs to the hibiscus species of plants.

It has been used as a fabric for clothes since 3000 B.C, and it continues to a core of making clothes, bedsheets, curtains, and even oil, rubber, and plastics made using its seed.

Although it looks beautiful, Vastu says it brings inauspicious energy inside the house and attracts bad omens. 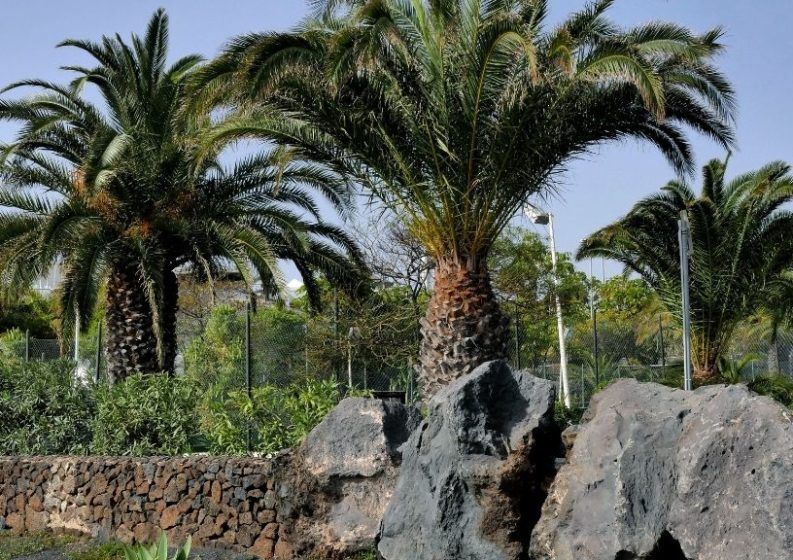 A date palm instantly elevates the area when grown at full size, and there is an indoor version of the tree, which can be planted in small spaces. Still, some people use it inside their houses in areas with bright light and sufficient soil.

However, according to Vastu, planting date palm trees inside the house leads to poverty and loss of financial well-being. Thus, one should avoid using a date palm as an indoor plant. 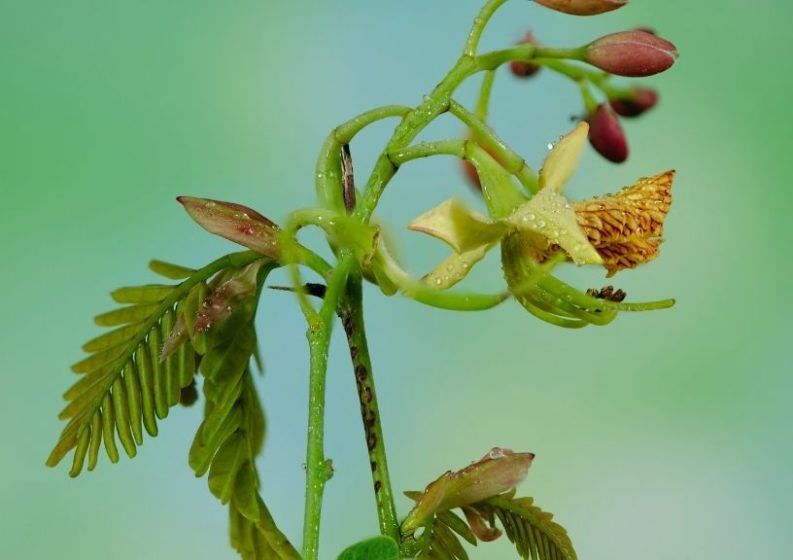 Used as a traditional medicine in India since ancient times, the plant also helps in treating diarrhoea, constipation, fever and malaria. Tamarind is also used as a healing element for treating wounds. However, it should not be placed inside homes, despite its uses and health benefits.

As per Vastu Shastra, tamarind trees attract negative energy inside homes and often draw evil spirits. Scientists also suggest that the plant should not be placed indoors because of the high levels of carbon dioxide and nitrogen it releases at night. 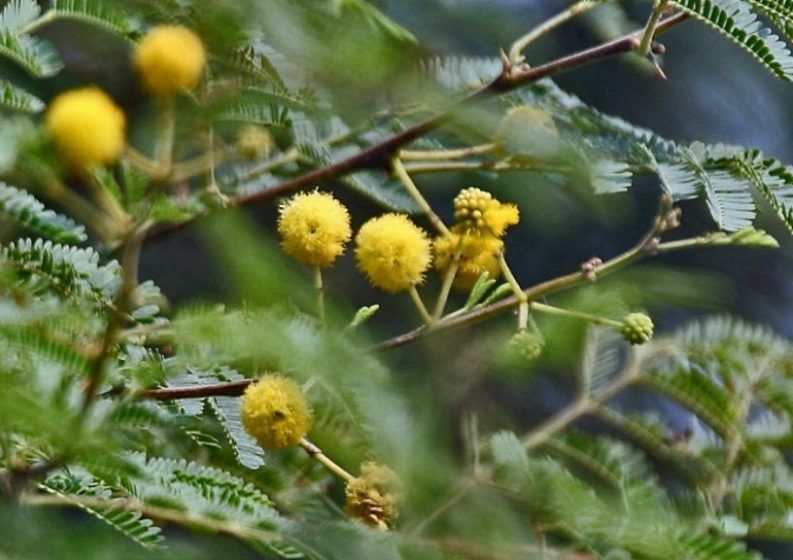 Acacia arabica, commonly known as Babul, is an ancient plant native to Africa and Asia. Famous for being used in India for multiple things like applications in oral and dental hygiene, ointment for skin diseases, and others, it also has some adverse effects when placed inside homes.

According to Vastu, Babul should always be planted outside. The thorn family native and its kind can become a hindrance in your progress and affect relationships. 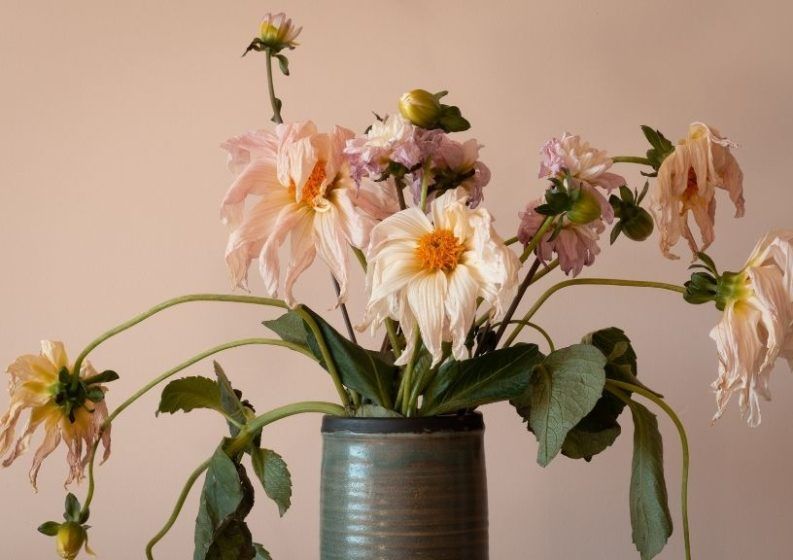 Dead plants should not be kept in or around the house. While green and fresh plants attract positive energies, dead leaves or stems bring bad omen inside homes.

Vastu rules explain that you should avoid keeping dry, dehydrated or dead flowers and plants in your home, as they are unlucky and draw negative energy.

People keep flowers and plants to improve positive energy inside their homes. When a plant dies, it loses its significance and attracts negative energy.

10 artists like KAWS and where to buy their artworks