Women’s Day Special: 26 best movies for a viewing party with your girl gang

Culture
Women’s Day Special: 26 best movies for a viewing party with your girl gang
Share this article
Next article

This women’s day, we selected the best movies on women for a viewing party to embrace empowerment and emancipation with your girl gang. 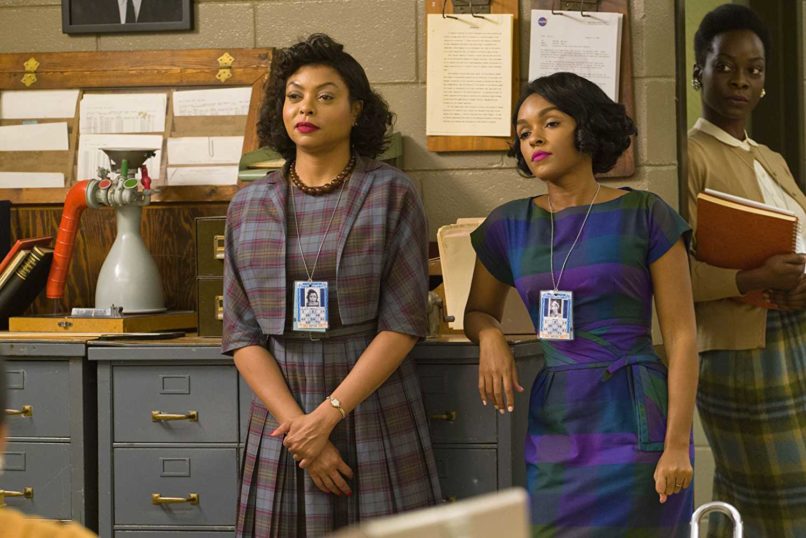 An incredible true story of Katherine G. Johnson (Taraji P. Henson), Dorothy Vaughan (Octavia Spencer), and Mary Jackson (Janelle Monáe). Three extraordinary African-American women working at NASA who served as the brains behind the launch of astronaut John Glenn into orbit. It’s an inspiring story of a visionary trio who crossed all gender and racial lines. 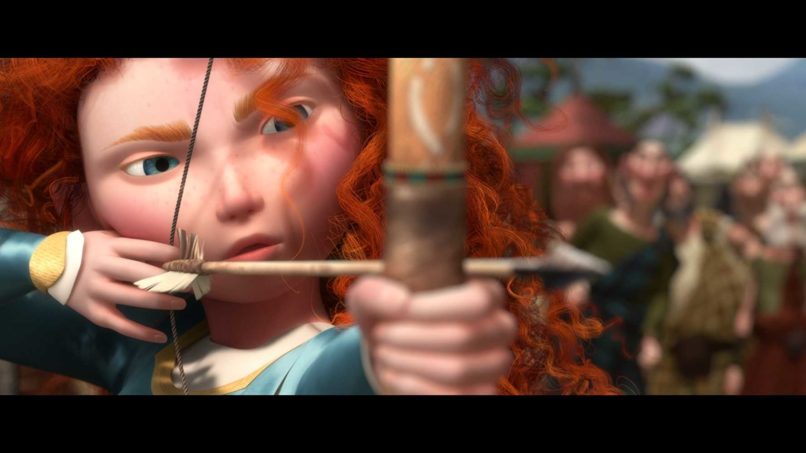 ‘Brave’ follows Merida, a princess, who’s expected to get married and fulfill her royal duties, but wants to be an archer and find love in her own time. Her mother, the queen, is adamant on getting her married but things unravel when a witch gives an angry Merida a spell that could change their lives forever. A mother-daughter tale, this is one of the best movies on women in animation. 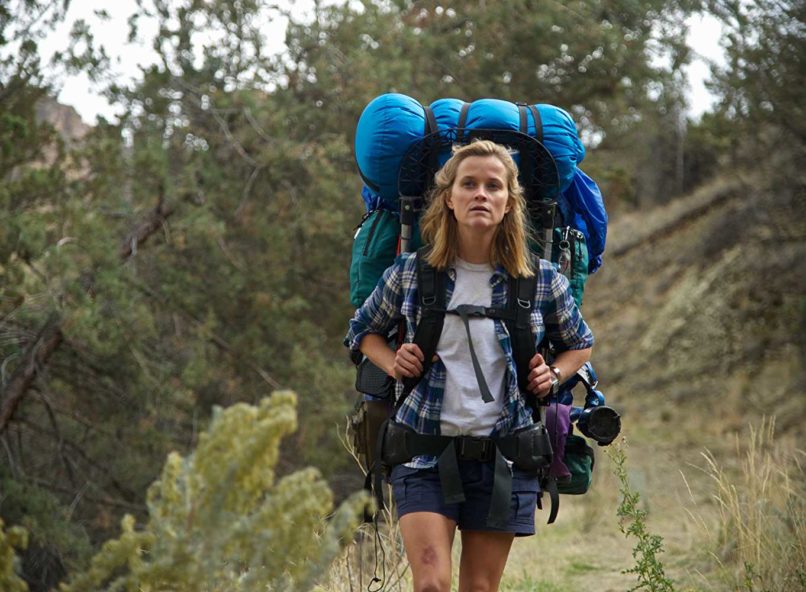 Cheryl Strayed (Reese Witherspoon), a recently divorced woman, makes a decision to go on a self-discovering journey by hiking along one of the country’s longest and toughest through-trails, the 1,100 mile-long Pacific Crest. An Anglo-Indian family in London tries to raise their soccer-playing daughter in a traditional way. Unlike her older sister who is preparing for a grand Indian wedding, Jess dreams of playing soccer professionally, like her hero David Beckham. This delightful movie is a push and pull between an orthodox family and love for a sport. 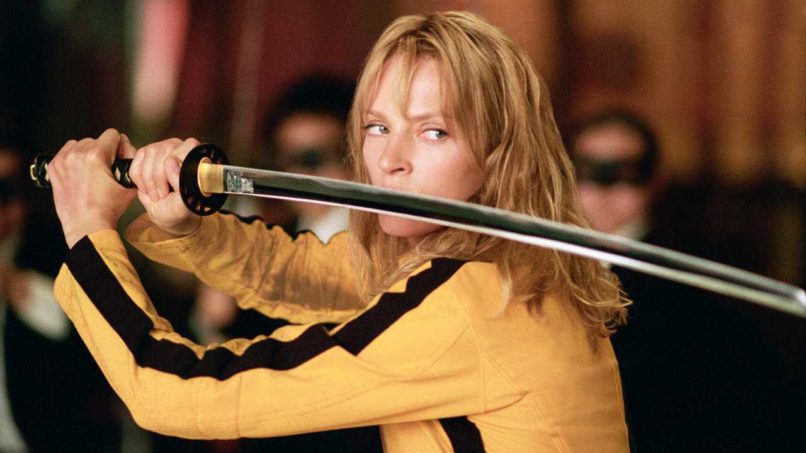 A pregnant assassin, code-named The Bride (Uma Thurman), goes into a coma for four years after her ex-boss Bill brutally attacks her and leaves her helpless. When she wakes up, she sets out to seek revenge on him and his associates. This brutal and thrillingly callous film is apt Women’s Day watch. This movie’s huge success made it a representative in pop culture in more ways than one. The story of a mistreated housewife and harried waitress that stumbles into an out-of-control yet liberating, crime run. Bold and more relevant today as ever, it remains an entertaining must-watch. It is one of the best-written movies on women. 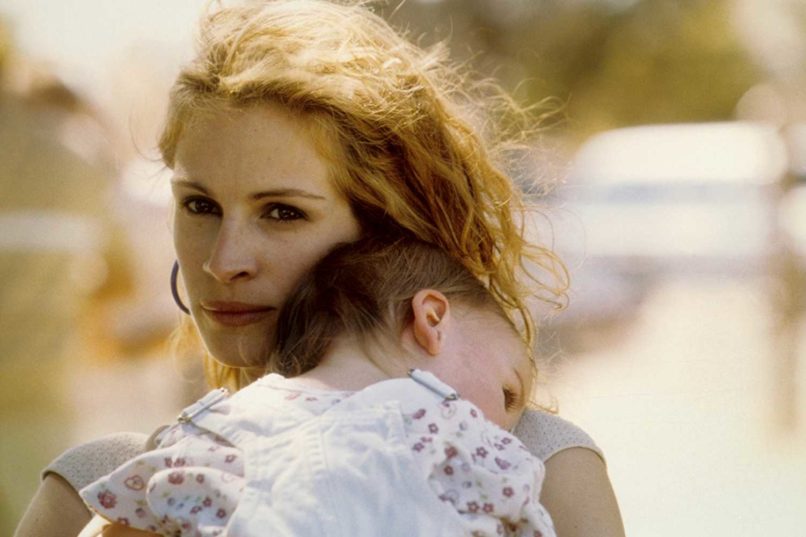 The story of Erin, a single mother who becomes a legal assistant, unravels when she comes across a case against Pacific Gas and Electric. When she discovers that the company is poisoning a city’s water supply, she single-handedly seeks justice and takes on the bad guys. Based on a true story and one of the best movies on women empowerment. Belle is a story of an illegitimate daughter of a navy admiral, who is trained and brought up by her aristocratic and conservative uncle and his wife. She grows up to commit to the cause of combating slavery in England. 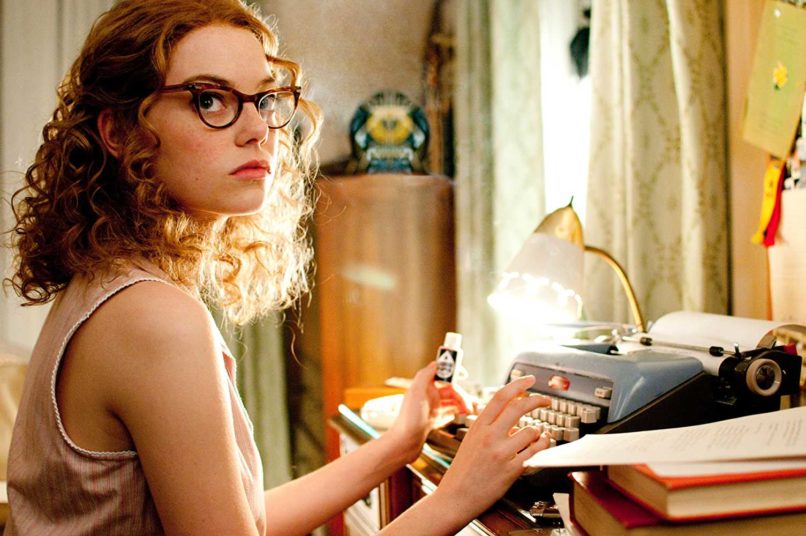 Skeeter (Emma Stone), an aspiring author, decides to write a book on African-American maids and the struggles they face on a daily basis. A deeply touching human story filled with humour and heartbreak. A New York City receptionist Tess McGill (Melanie Griffith) gives her colluding boss a crucial business idea, but Katharine steals the idea without giving due credit to her secretary. After Katharine winds up in the hospital with an injured leg, Tess decides to exact revenge. 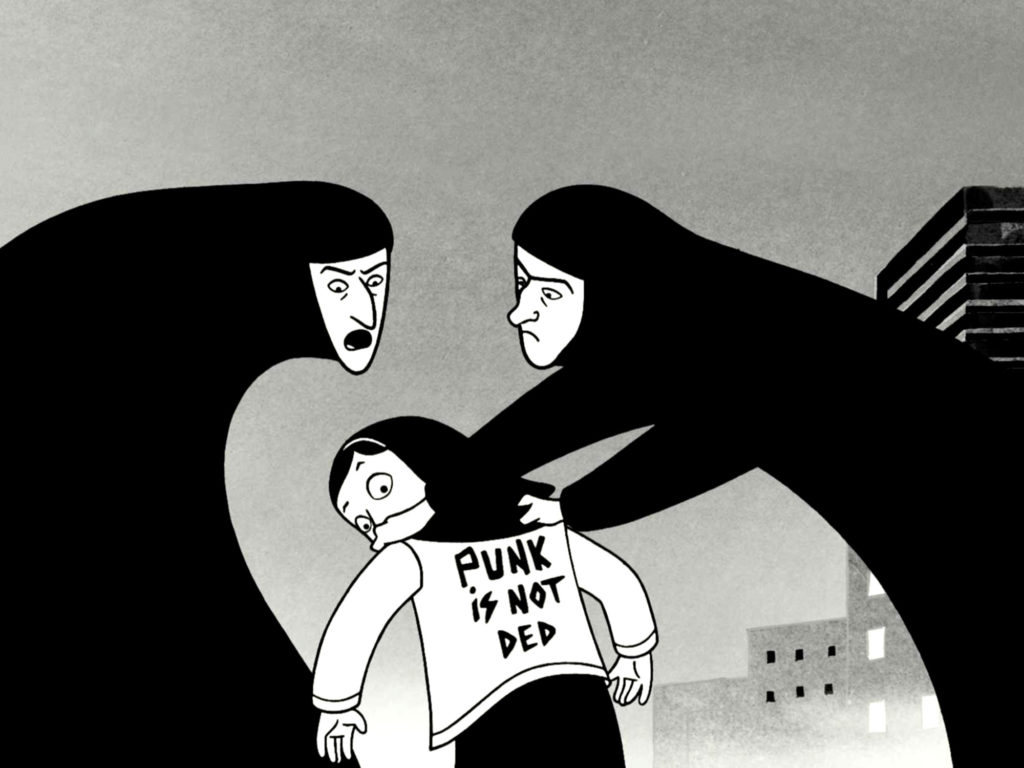 Based on a graphic novel set in pre- and post-revolutionary Iran and then in Europe. The film traces Satrapi’s growth from child to a rebellious, teenager in Iran who loves punk. The growing tensions of the political climate in Iran in the 70s and 80s, with members of her liberal-leaning family detained and then executed, are depicted truthfully and makes for a memorable watch. The story follows Roberta Glass (Rosanna Arquette), a housewife who leads a dull life. She tries many possible ways to add spice to her monotonous being. Things take a turn when she loses her memory and is mistaken for a New York City drifter, Susan. Laurel (Whoopi Goldberg) is an intelligent, young, investment banker struggling to succeed on the Wall Street. When a white man receives an undeserving promotion, she quits her job to start her own business, only to learn that she is not taken seriously because she’s a woman. To fool her competitors, Laurel creates a fictitious white man to manage her financial deals. But as Robert’s popularity grows, she realizes that living two lives is harder than she thought. After being rejected by her fiancé a day before their wedding, Rani (Kangana Ranaut) travels on their ‘honeymoon’ all by herself. The journey of meeting people, traveling solo, and finding herself forms the crux of this sweet and fun social drama. The film lessons on self-respect, lust, love, and life. 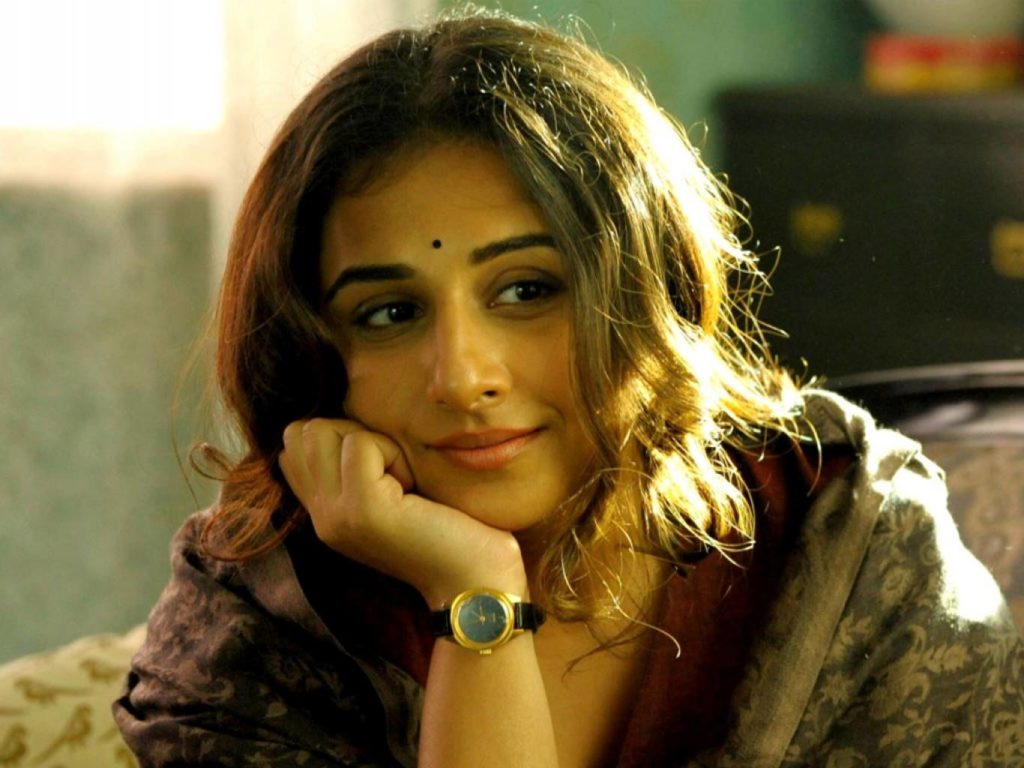 Pregnant Vidya Bagchi (Vidya Balan) travels to Kolkata from London in search for her missing husband. When all clues lead to a dead-end, she realises that there is more than what meets the eye. This suspense-thriller is a must-watch. 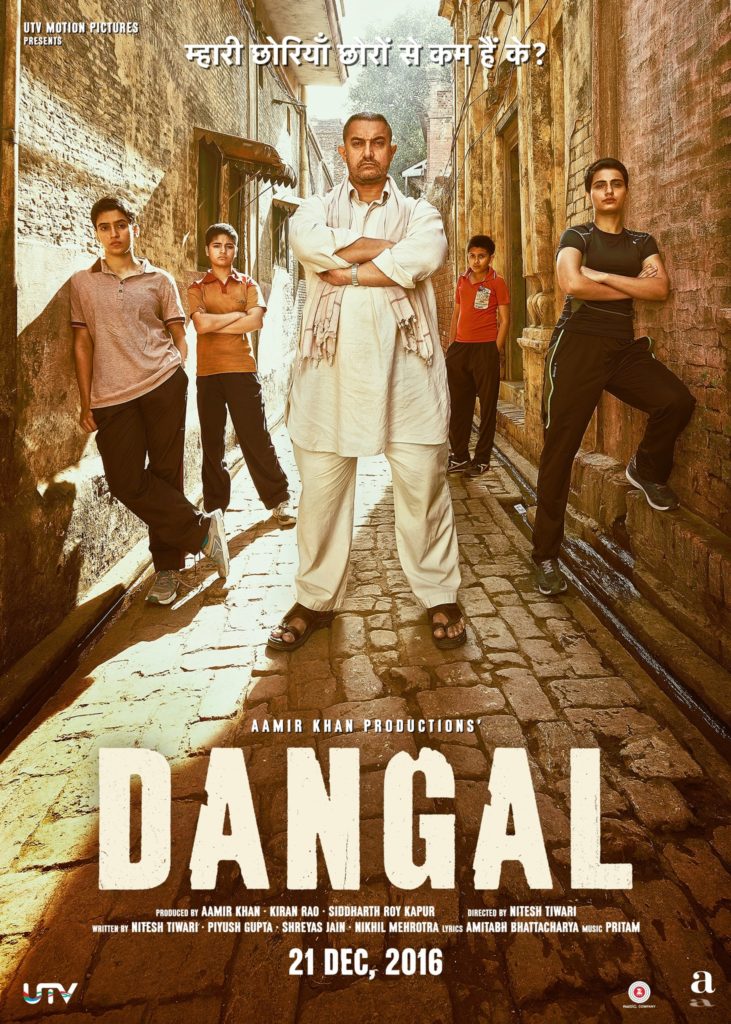 The story follows the inspiring true story of Mahavir Singh Phogat, a former wrestler, who dreams of having a son to fulfill his dream of winning a gold medal for his country, but realises that his daughters are more than worthy to his dream come true. He trains his daughters for the Commonwealth Games despite the existing social stigmas. Housewife and caterer Shashi (Sridevi) is usually mocked by her family members for not knowing English. Her attempt to learn the language when she visits New York City helps her rediscover herself and reassert her value as a mother, wife, and woman. This bitter-sweet tale scribbles one of the best movies on women. 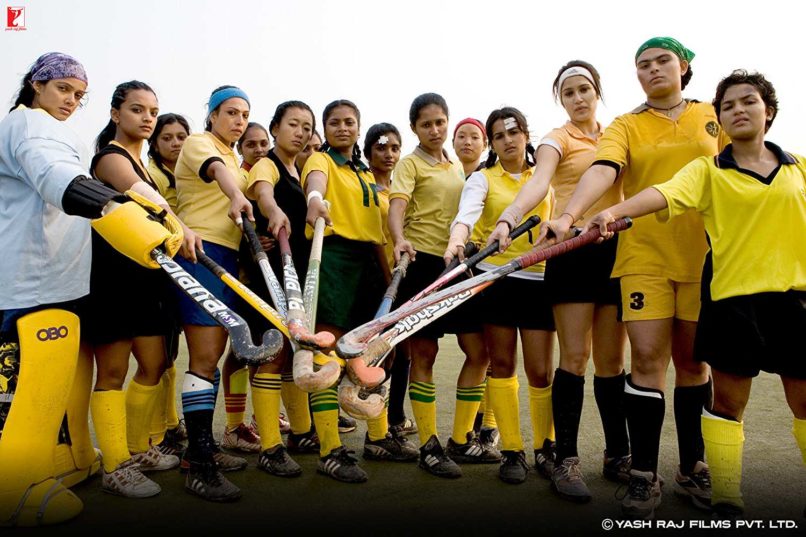 Kabir Khan (Shahrukh Khan), a former hockey star, is tainted as someone who betrayed his country in the game. However, he begins coaching the Indian women’s national hockey team to prove his loyalty to the nation. The women and their struggles to make it to the team to eventually winning the medal is an inspiring watch. 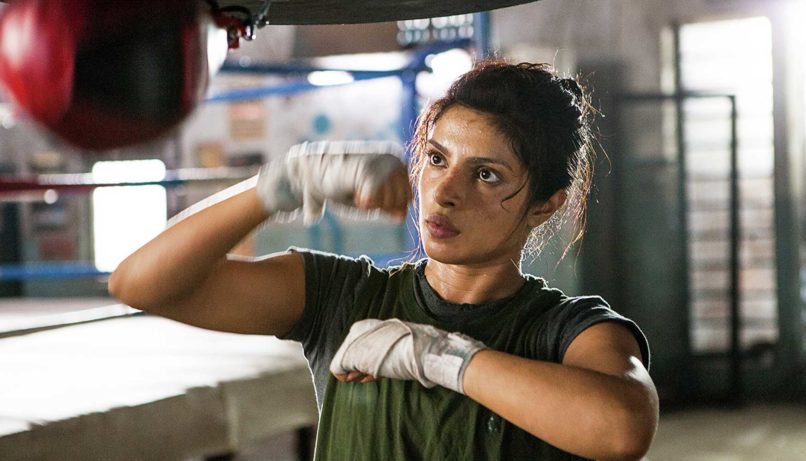 Based on Mary Kom, the true story unravels when Kom (Priyanka Chopra) encounters a renowned coach in a boxing gym, she shares her boxing aspirations with him and convinces him to teach her. Despite her father’s disapproval, she follows her passion.

Lipstick under my burkha 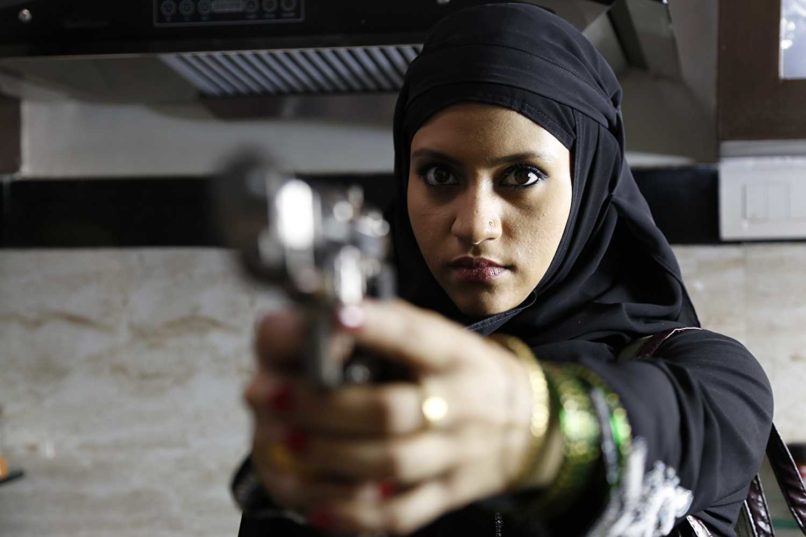 The film follows the secret lives of four women, (Ratna Pathak Shah,  Konkona Sen Sharma, Aahana Kumra, and Plabita Borthakur) who are in search of liberation. This dark comedy is a real and a moving story. 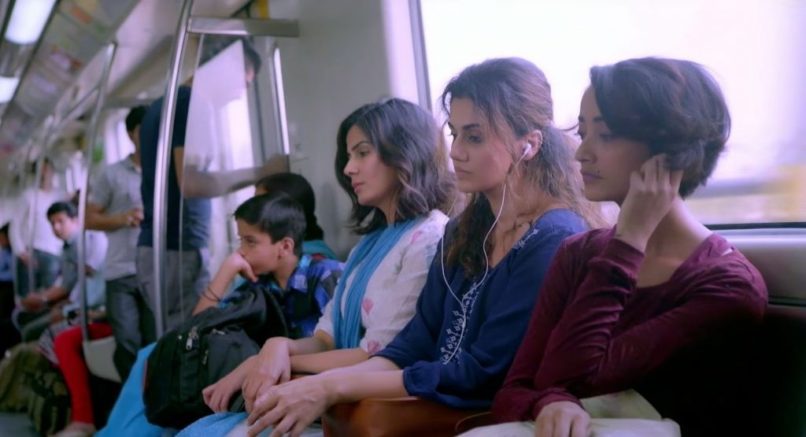 After being molested, Minal (Tapsee Pannu) along with her friends tries to file an FIR against a politician’s nephew. When the case gets rigged by politicians, Deepak (Amitabh Bachchan), a retired lawyer, helps them to fight the case. This moving story of women standing for each other and not quitting is a testament to all the strong women who never give up. The true story of Sehmat Khan (Alia Bhatt), an undercover RAW agent, who marries into a Pakistani family. The film gnaws at topics like patriotism and courage of a young women fighting for her nation. Supported by stellar performances, this is one of the best movies on women in Bollywood. Shabana (Tapsee Pannu) gets a call to join a secret intelligence agency after her boyfriend Jai dies in an altercation with some gangsters, who are teasing Shabana. The agency offers her help avenge Jai’s death. Jam-packed with action, emotions, and memorable dialogues, it is a perfect women’s day watch. 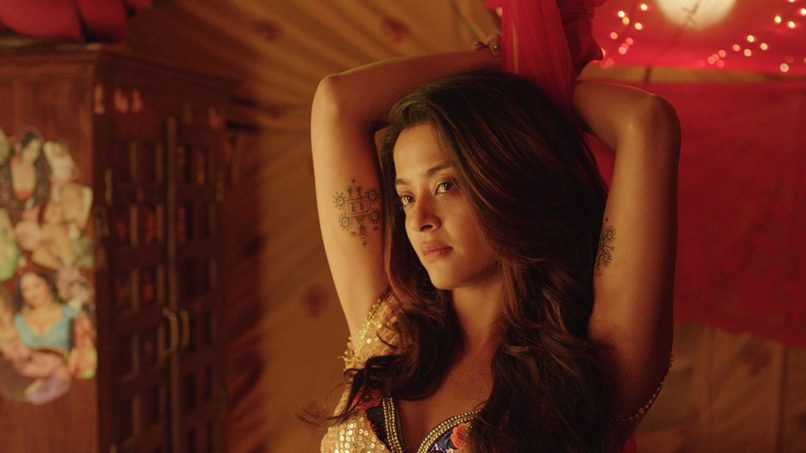 The story revolves around four women in Gujarat and their suffocating lives. They form an unlikely group of friends. They talk men, sex, and life as they struggle with their individual demons. With amazing performances and epic direction, the film is a must-watch. 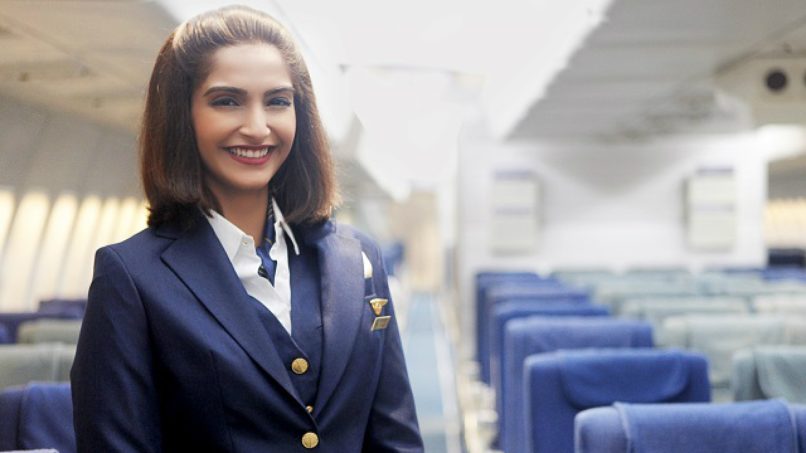 When Pan Am flight 73 is hijacked by terrorists, Neerja, a flight attendant, risks her life to stall the terrorists from attacking the passengers on-board.  It is a story about ambition, family, and bravery.

Is the hybrid remote-office model the future of work worldwide?