While social distancing is one of the biggest effects of COVID-19, it’s vital that we also talk about how it has in ways brought people together. In the times of desperate hoarding and overwhelming medical need, these organisations are doing an ace job to help fellow citizens. 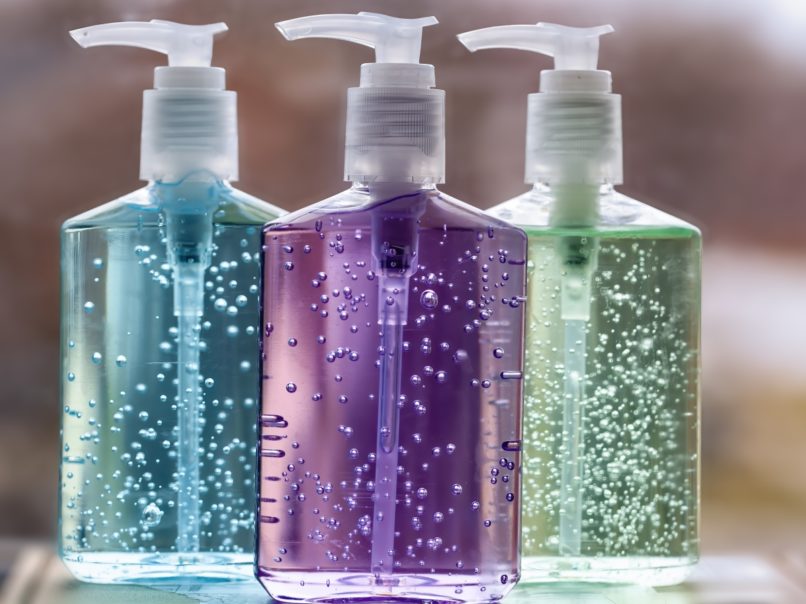 The French luxury group LVMH would begin producing sanitising hand gel at three of its perfume and cosmetics sites in France, for distribution to French hospitals fighting the country’s coronavirus outbreak. Twelve tons will be produced as soon as this week, instead of the usual Christian Dior, Guerlain and Givenchy scents and make-up usually made at the three factories. 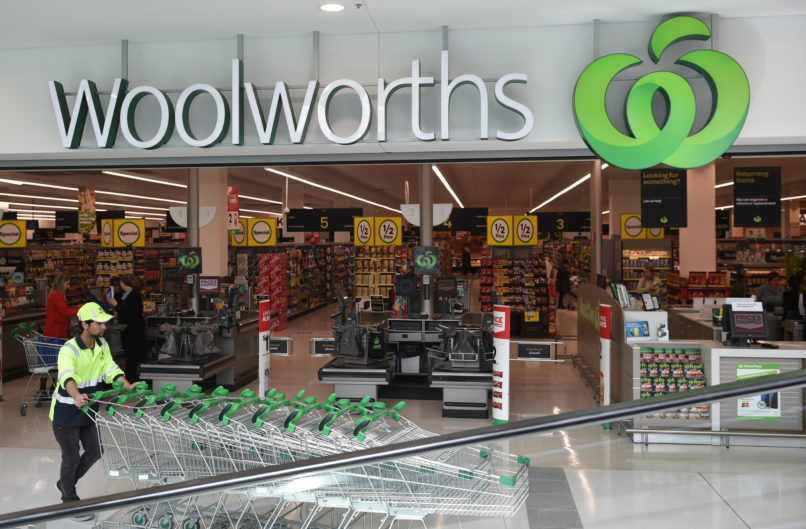 Woolworths Supermarkets in Australia will open its doors exclusively to customers over 60-years-old and those with disability for one hour a day (7:00 am – 8:00 am) as part of an effort to ease the burden on the most vulnerable. A branch in Northern Ireland of the supermarket chain Iceland has announced a similar move. 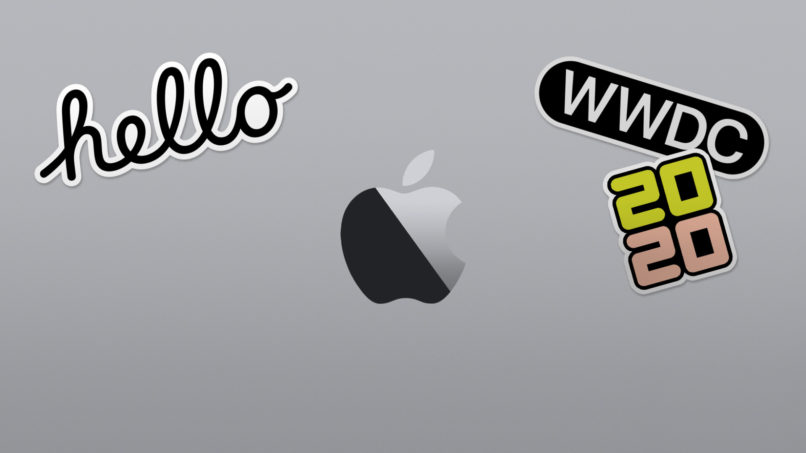 The WWDC aka the Worldwide Developer Conference will be an online-only event this year. The conference will kick off this June for its 31st edition and will “be an opportunity for millions of creative and innovative developers to get early access to the future of iOS, iPod OS, macOS, watchOS and tvOS, and engage with Apple engineers,” albeit virtually. They will also announce updated features for each of their operating systems. 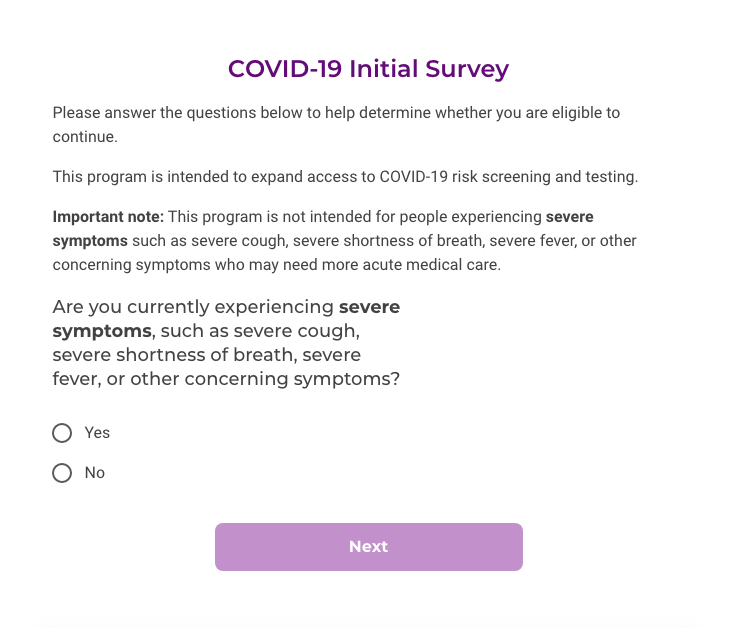 Verily has announced that a small collection of residents in California will gain access to a digital resource that will screen them for COVID-19 and tell them whether they should pursue a medical test for the virus. This is called Project Baseline. The online service will tell users whether they qualify for a coronavirus test “based on the responses and testing appointment availability.” This screening is only available to people in Santa Clara County and San Mateo County as it’s a pilot program that is still being refined, though the company has plans to drastically expand the service. 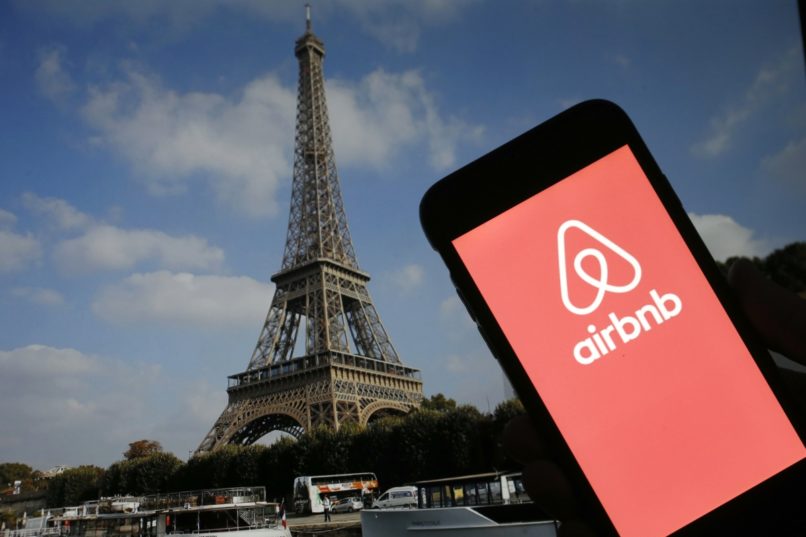 In the drastic wake of COVID-19, Airbnb has revised its reservation policy, which allows both guests and hosts to cancel reservations with no charge or penalty under the company’s updated “Extenuating Circumstances” policy. The amendment applies to current reservations for stays made on or before March 14, with check-in dates between March 14, 2020, to April 14, 2020. The policy also applies to all bookings in the world with the notable exception of domestic travel in mainland China. Recently shut due to COVID-19, the Met Opera has launched free “Nightly Met Opera Streams” series. This new offering will find the Met Opera streaming encore presentations from its award-winning ‘Live in HD’ series of cinema transmissions on its website for the duration of the closure, beginning this Monday, March 16 with a 2010 performance of Bizet’s ‘Carmen’, at 7:30 pm (EST). 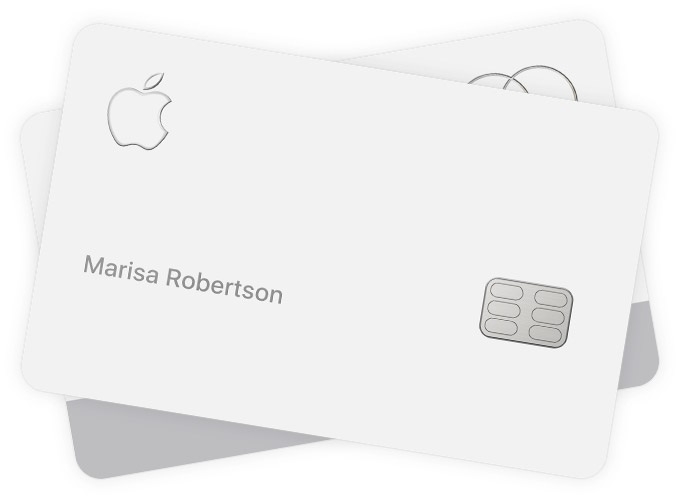 For those Apple Card holders experiencing financial hardship this month, the company is now offering an assistance program that allows people to skip their March payment without accruing interest for the billing period. To enroll to skip their March Apple Card payment, customers can send an iMessage to Apple’s Card Support line saying “I would like to enroll in the Customer Assistance Program.” They will then be invited to initiate the enrollment process.

Moog and Korg offers their synthesizer app for free Electronic instrument manufacturers Moog and Korg have offered their synthesizer apps for iOS and Android devices for free. The Kaossilator app reproduces the features of the portable touch-based Kaossilator, offering 150 built-in sounds to produce a broad range of dance music styles such as EDM, hip-hop, house, techno and electro. The Android version of Kaossilator is free through Friday, March 20, while the iOS app is available completely free of charge through the end of March. 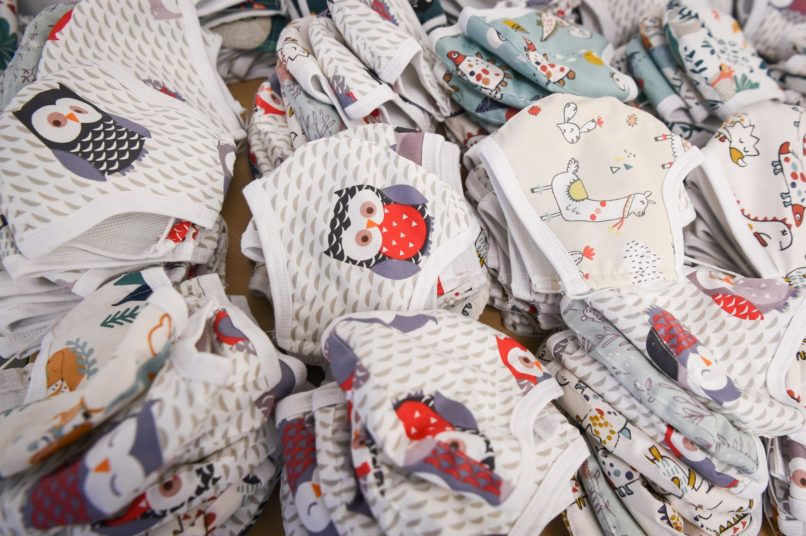 Cheerful face masks are helping to combat the spread of the novel coronavirus in Bulgaria thanks to a small company in the capital Sofia. The masks are printed with owls, dinosaurs, llamas, and monkeys, and will soon find their way to hundreds of doctors and policemen who are struggling to get their hands on the protective gear. Angel Baby stopped their usual production of baby sleeping bags for a week to make about 3,000 masks to send to hospitals and police stations around the country. The company’s previous campaigns have included the “Sleeping bag on a mission” — for every baby sleeping bag sold they donated one to a maternity ward, with more than 6,000 bags given away so far. 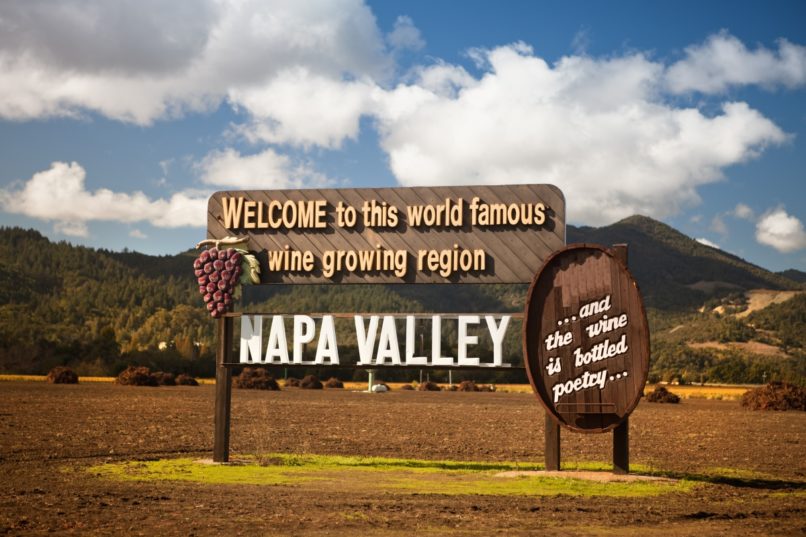 A Napa Valley winery has launched a virtual wine tasting program so that oenophiles can sip and spit in their pyjamas, in the comfort of their own homes during Covid-19. Clos Du Val in California’s wine country has taken its wine tasting program online, with a virtual tasting experience led by an expert at the winery. To start, customers have the option to choose from either a mixed red and white wine, four-bottle variety pack ($385) to an all-red wine option ($395). Both include a Coravin wine opening system. 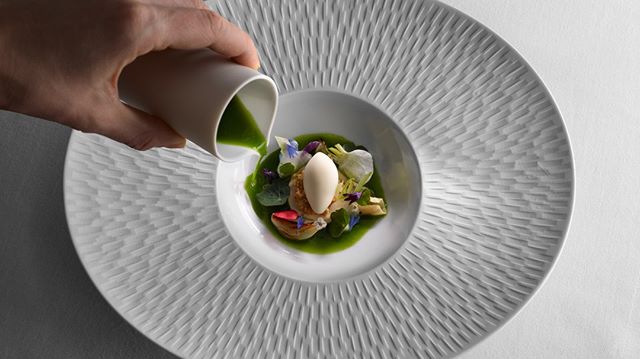 The famous Michelin three-starred eatery located not far from London in Bray, Berkshire, which offers a gastronomic experience designed to revive diners’ childhood memories, comes at a cost. The average ticket price ranges from £250 to £325 (the equivalent of 274 to 383 euros) per person, excluding the cost of service and drinks. Now the celebrity British chef Heston Blumenthal has chosen to counter an avalanche of cancellations at his triple-starred The Fat Duck with a £75 per person discount. 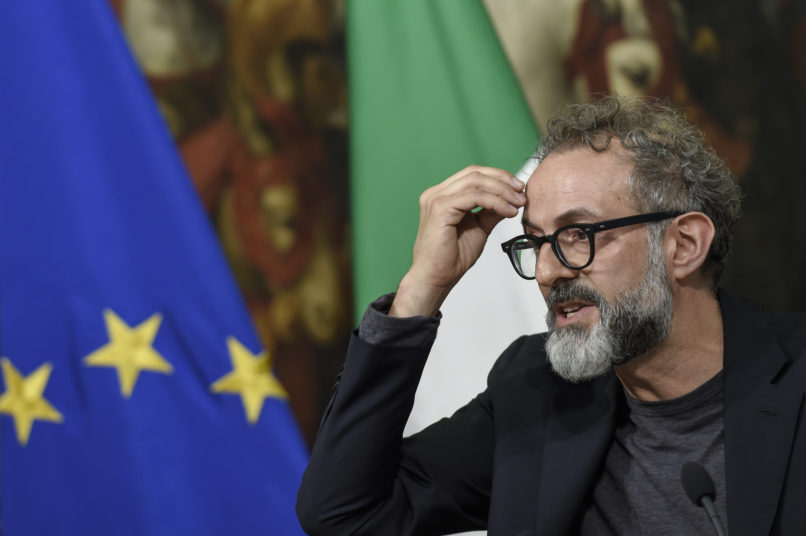 In compliance with the Italian lockdown amidst Covid-19, Bottura closed his Michelin-starred restaurant Osteria Francescana in Modena and has been quarantined with his family. Now he has turned his kitchen into a live cooking studio for a show he calls ‘Kitchen Quarantine.’ Every night at 8 pm CET, with the help of his son, daughter and wife Lara, the chef whips up easy recipes for the at-home cook. Though past live streams are no longer available on his Instagram channel, Fine Dining Lovers has preserved some of the shows on YouTube. 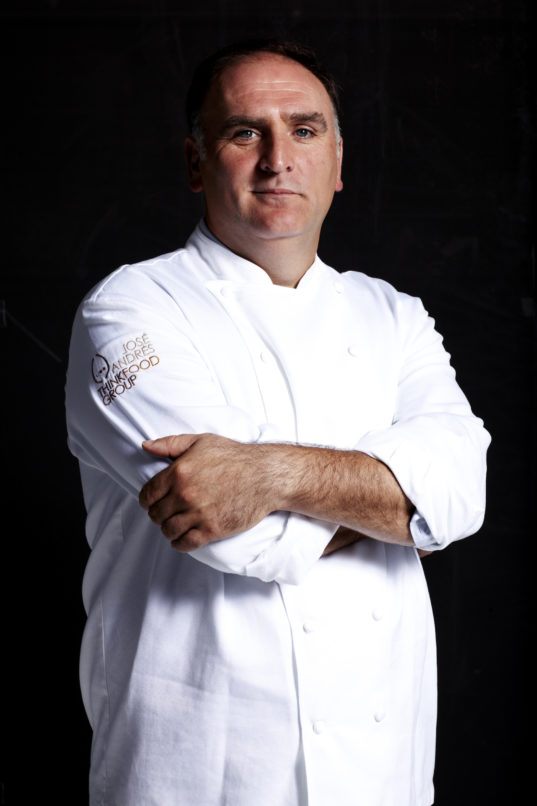 Chef José Andrés has turned his Washington DC restaurants into “community kitchens” that will serve takeaway meals for diners, but also donate meals to families who can’t pay during the coronavirus crisis. Andrés has converted restaurants Zaytinya, Oyamel, Jaleo, America Eats Tavern into takeaway kitchens. Digital menus and PayPal ensure a contact-free experience. “Restaurants like ours, we’re going to have to be, in some parts of America, at the forefront of providing relief, to people who maybe cannot go to the supermarket or who live in food deserts where there are no supermarkets. We’re going to have to think outside the box and adapt to the circumstances,” he said in an emotional video on Twitter.

The world’s largest premium rum distillery has partnered with Puerto Rico-based manufacturer Olein Refinery to help produce hand sanitisers. Bacardi will provide raw materials that will enable the production of more than 1.7 million units of 10-ounce hand sanitiser. At 70 per cent alcohol, these products are in line with the recommendations by the WHO. Over half a million of the 10-ounce hand sanitiser units will be donated to local communities.

Bacardi had already started distributing free hand sanitisers, along with disinfectants produced by Olein, to USPS workers, firefighters and police. The donations will also be made to NGOs including Fondos Unidos (United Way). Bacardi employees and contractors also received the free product as the health and safety of people is always top of mind for the family-owned company.