Culture
Double Tap: ”My goal was not to be an icon but to do good work,” says Sushant Divgikr
Share this article
Next article

Sushant Divgikr aka Rani Ko-HE-Nur is the Shah Rukh Khan of the drag world in India. Hailing from Mumbai, He/She/They set out to win the world even before completing his post-graduation degree in Industrial Psychology. In only a few years, Divgikr managed to score his biggest dream by setting the stage on fire across different countries with world-famous drag queens Violet Chachki, Alaska Thunderfuck, Peppermint, Amanda Lepore, among several others. 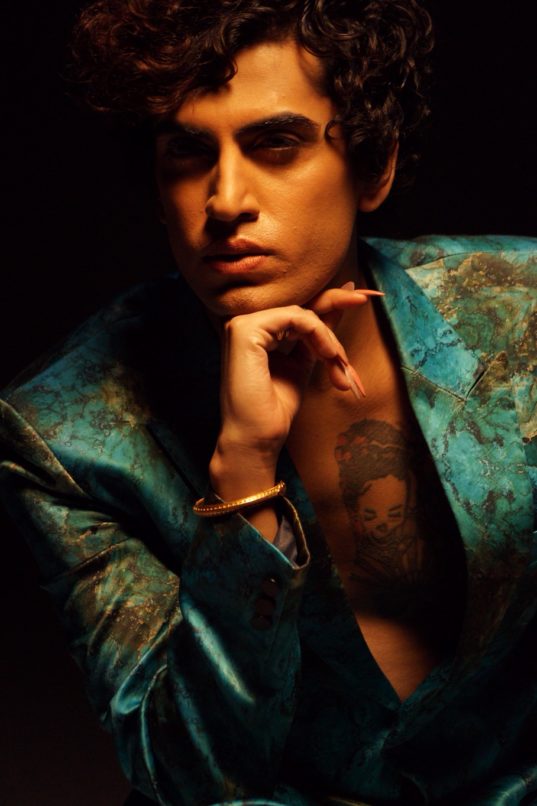 Before becoming an unapologetic drag icon and LGBTQ+ power-voice, Divgikr was a television presenter, model, actor, and video jockey, having worked for MTV India and participated in Bigg Boss 8. He was among the top 10 finalists at the Mr Gay World 2014 and is the first person in the history of the pageant to have three sub-awards — Mister Gay World Congeniality 2014, Mister People’s Choice, and Mister Gay World Art 2014. After two years of winning the Mr Gay World 2014 title, he also bought the pageant franchise and became the National Director, helping many young boys achieve their dreams.

2020 crowned him with yet another victory by adding his name to the Forbes 30 under 30 Asia list. And he also added another cap in the feather by releasing his debut single, Diamond.

We got Sushant Divgikr (Rani Ko-HE-Nur) to talk about his debut single, friendship with Keshav Suri, gender fluidity, and his next big project.

Tell us what prompted you to debut your single, Diamond? What’s the story behind it?

When I was in the process of releasing my music, I already had three other songs to choose from, but I decided to release Diamond first. The beauty of Diamond is that it doesn’t just cater to a single community. It’s an uplifting song with uplifting lyrics. Regardless of gender, sex, race, and size, we are all diamonds. In the video, you will see my father and real people; we didn’t select any models for it. This is so everybody could relate to it. The song truly came from my heart, and I sang it with my heart. 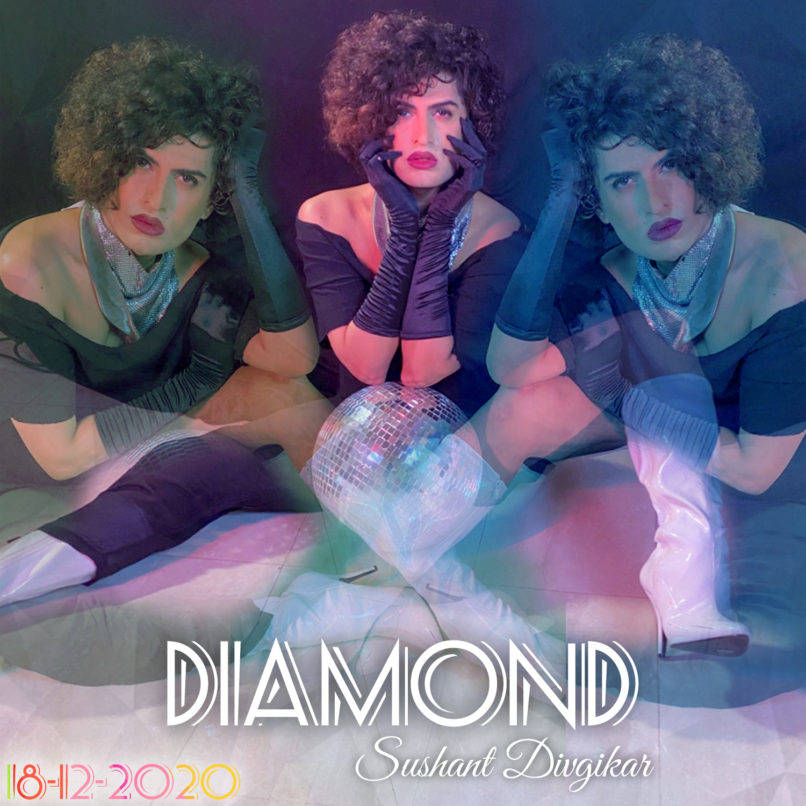 I also want to make eclectic music. My music won’t be confined to a single genre. I speak multiple languages, so it is only obvious that I experiment with different styles — pop, jazz, blues, soft rock, folk Indian beat. And I want to incorporate as much desi folk beats as I can. In every song, the theme would be different. And I will be releasing 12-13 more songs by July 2021.

What was the first thought that popped in your head after becoming an icon in the LGBTQ+ community?

I’ve had the most amazing journey. I was simply doing my best even when I was faced with challenges and prejudices like ”you will never get there”. Even when I was working on sets at the age of 18/19, I could hear people gossiping. And if not physically, then people would channel their hatred via YouTube. There were people before me who tried to break the stereotypes and barriers, but they didn’t get their due. Rather they were seen as props and laughing stocks. But for how long will you pretend we don’t exist? On the other hand, people had also not seen someone like me — young and confident. I was not born with these skills. I had to work on myself, my body language, and the way I speak. My end goal was not to become an icon but to do good work. 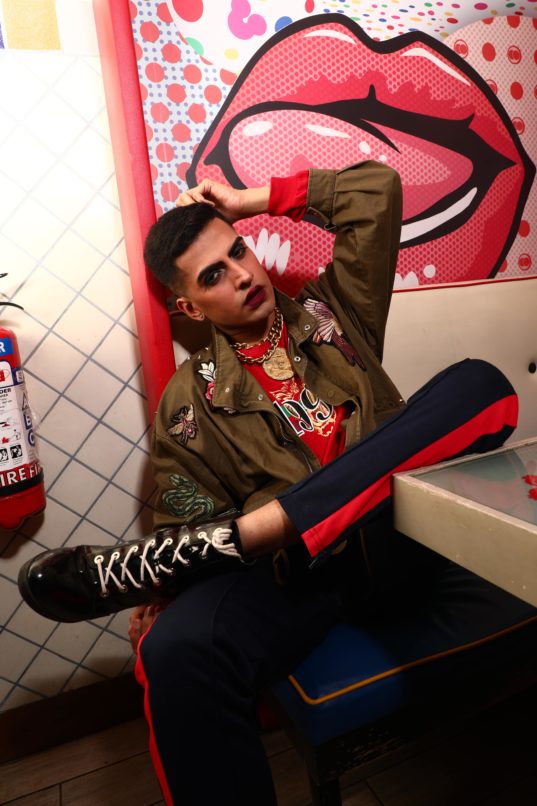 What inspired you towards drag? How did you begin your journey?

Professionally my first drag performance was in Vikram Kapadia’s play Merchant Of Venice opposite Jim Sarbh. That was also my theatre debut. Then I hosted The KASHISH Mumbai International Queer Film Festival for two years. In 2017, I got a call from Keshav Suri (executive director of Lalit Hotels) to perform at Kitty Su’s anniversary gala in Delhi. He said, ”Hi, I’m Keshav Suri, and I’d like you to come and perform.” To this, I shared my apprehension. Though later he said, ”I’m not asking you, I’m telling you.” He’s quite the diva. The finale act that night was supposed to be by Violet Chachki, and I wanted to match the spotlight glory, so I sang Adele’s Rolling in the Deep and Chura Liya Hai Tumne, which left the crowd and Suri stunned.

Then Suri told me doing one-off performances for money is good, but I should do drag professionally. He is the one who initiated me to pursue this and gave me the opportunity to travel all over to exhibit my talents. I performed with Alaska Thunderfuck, Peppermint, and others. I also travelled to London and performed at the PRE London Pride with Amanda Lepore. And behind all of this are my parents, because if they were not supportive, I would not have been here. 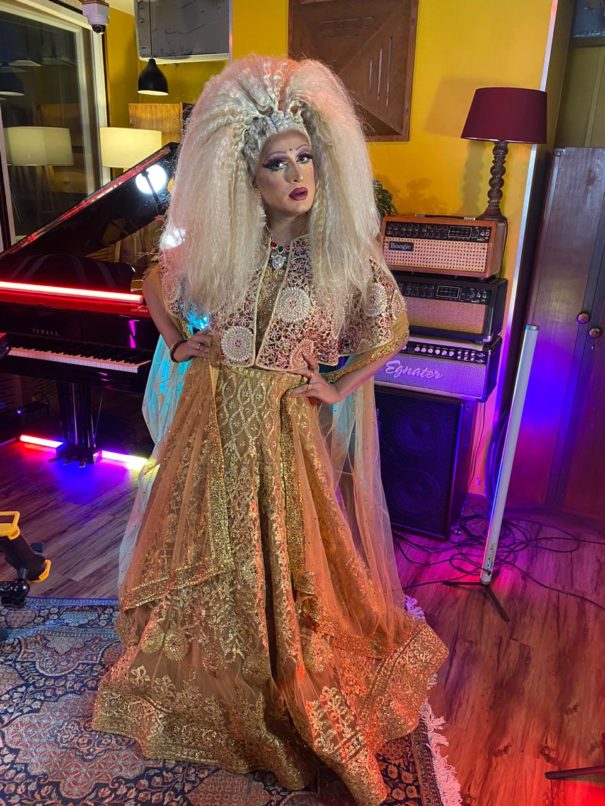 How did winning the Mr Gay India 2014 title change your life?

I was still working in television then, and I didn’t win the pageant, just the title. This was because the National Director before me didn’t have the funds as the corporates didn’t want to associate with these events. I literally received my pageant sash in a garage. Later their team conducted a one-on-one session with each of us (participants) to see whether we can represent India on an international stage. A lot of people helped me groom — Natasha Suri, Celina Jaitely, and Urvashi Dholakia — including my father. The platform really helped me be a better person. And two years after winning the title, I bought the India franchise and became the National Director.

How does it feel to be on the Forbes 30 Under 30 Asia List? How did your parents react to it?

I got the news at 4:30 am. My manager called my mother, and she started screaming, after which my father came. We were clueless and flabbergasted. I was so ecstatic and blessed. No other drag from India has made it to the list. I’m so happy that people are taking notice of us and this culture through me. For me, that was the main victory. Do you think you’ve achieved all your dreams?

I believe one should never be fully happy or content because then you’ll stop working on yourself and your passion. I’m doing new things every day. I’ve never rapped in my life, but now, I’m rapping. I have a lot of things that I still want to accomplish in life.

What’s the story behind your stage name, Rani Ko-HE-Nur?

Rani translates to queen in Hindi, and Kohinoor is the most exquisite diamond in the world. However, I have changed the spelling of Kohinoor to emphasise gender fluidity by highlighting ‘He’. 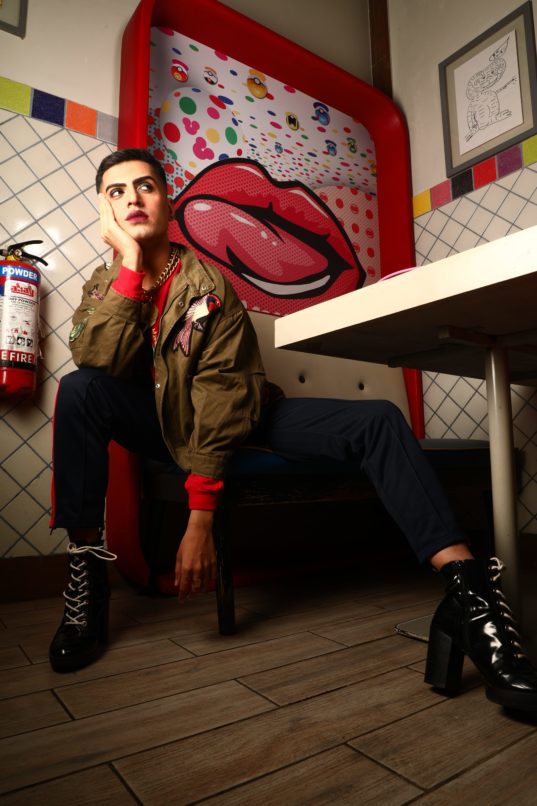 Tell us about your next big project?

I can’t wait for everyone to listen to my music. Apart from that, I have a couple of scripts that I’m reading, and they are for multiple platforms. I will also start my own YouTube channel to talk about lifestyle, beauty, politics, the LGBTQ+ community, and more. And I’m also launching my own company, House of Ko-He-Nur, which will help mentor, train, and groom people in different verticles. And we will try to get them jobs, especially transgender individuals.