10 times HBO’s ‘The White Lotus’ made a comment on race, gender, and class dynamics

Culture
10 times HBO’s ‘The White Lotus’ made a comment on race, gender, and class dynamics
Share this article
Next article

The last time we saw a group of people locked in on an island where there was a whole lot of love, sex, and cha-ching involved was Too Hot To Handle. But Netflix’s Too Hot To Handle, a reality show, literally told the contestants to keep their hands off each other. This time, there’s something different lined up. Enter HBO’s six-episode series, The White Lotus, a scathing commentary on class privilege and race and gender dynamics, all under the guise of a glossy holiday show. 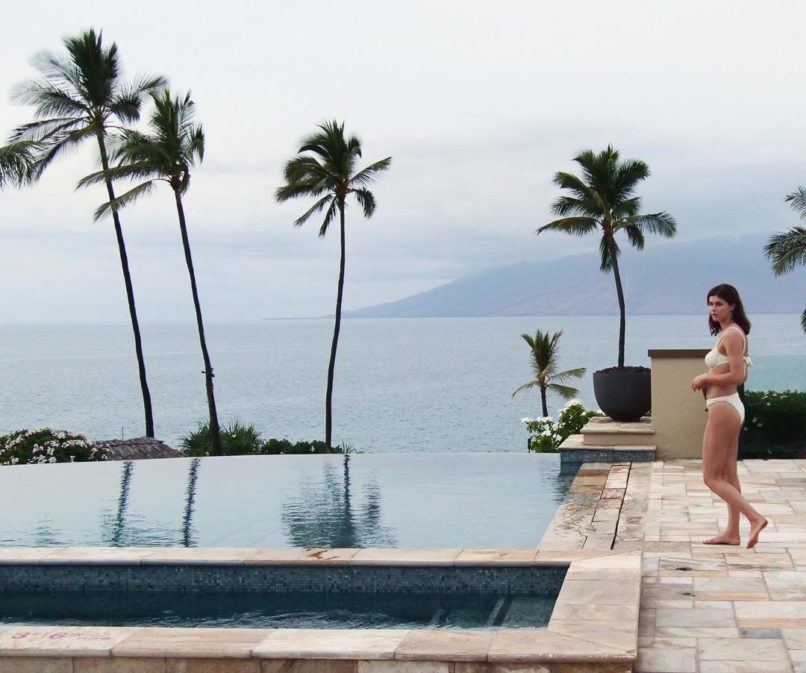 Written, directed, produced and created by Mike White of School of Rock and recently, Enlightened, the show is a satire on white prerogative. It highlights social injustices, race politics, and even gender dichotomy without so much as a change in tone or treatment. So, what is the premise or backdrop of this much-talked-about show? Essentially a group of excited (and entitled) Americans arrive at a Hawaiian luxury resort called The White Lotus and the show follows their interactions between them and the hotel’s more culturally diverse staff. Murder, robbery, drug use, and sex are all a part and parcel of the show, yet the shiny veneers lead you to believe it’s a comedy of errors.

If the comic timings and glamorous banners have enticed you into giving the show a go, let us introduce you to the characters and instances that throw light into the un-wokeness of white people. The instances, generalisations, and attitudes from everyday life that highlight dynamics that are unsaid.

A ferry flocks in a group of white rich tourists to the luxe resort and is greeted by the resort’s manager, Armond. Played by Murray Bartlett, Armond is instructing his staff to keep their interactions with the guests vague and distant, almost as masked faceless people. A jab at the evident class divide. 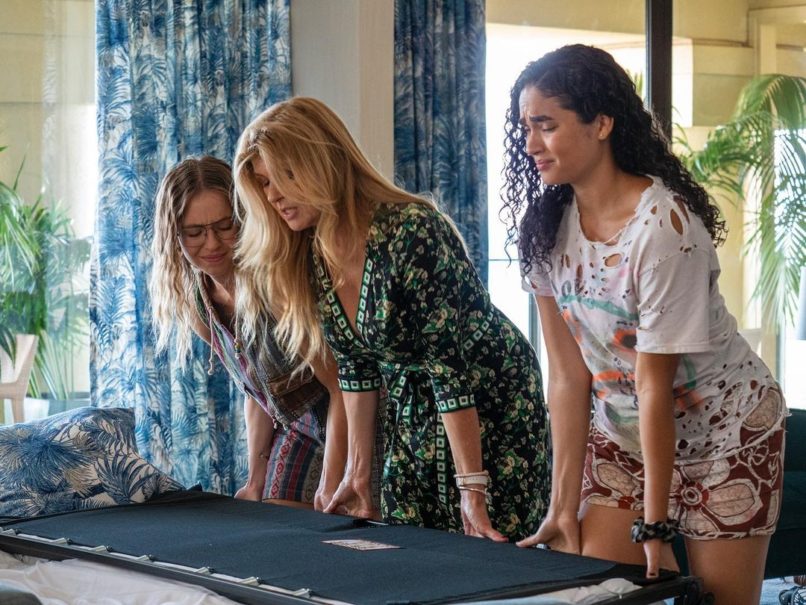 Amongst the holiday-makers is the Mossbacher family led by the matriarch, Nicole, a tech CFO who is more occupied by zoom meetings than making time for family. She is joined by her husband, Mark (Steve Zahn), porn-addicted son Quinn (Fred Hechinger), her sarcastic and opinionated daughter, Olivia (Sydney Sweeney) and her Paula (Brittany O’Grady).

Early in the show, we see encounter Nicole finding the right ‘Feng-shui’ approved spot in the hotel room to conduct her Zoom meeting with China. A sentiment that her woke daughter Olivia nips in the bud.

Mark Mossbacher in the show is seen dodging the bullet when it comes to cancer, only to fall into bewilderment and drinking when he learns that his father was a homosexual who died of AIDS. His daughter Olivia questions his homophobia, but it’s brushed off as mere shock at not knowing his own father. 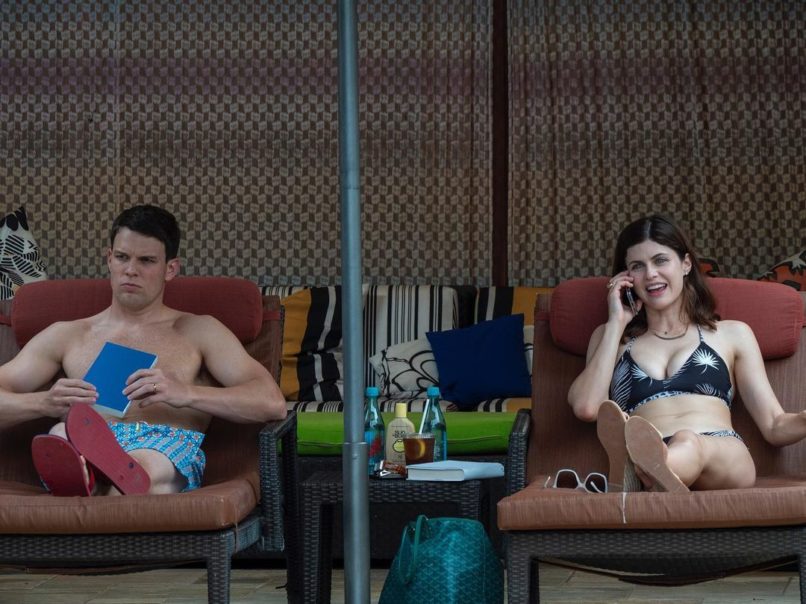 Meanwhile, things aren’t all rosy for the newly-wed couple — real estate scion Shane (Jake Lacy) and Rachel (Alexandra Daddario). A few days into their vacation, Rachel gets offered an assignment that she wants to take up only to be offered to be paid double by her silk-stocking spouse. This sentiment about ‘money talks’ is also echoed by his mother Kitty (Molly Shannon) who surprises them on their honeymoon.

The price of privilege

The bratty Shane also has a bone to pick with the hotel’s dandy manager Armond (who in our opinion would fit right into the star cast for Wes Anderson’s The Grand Budapest Hotel). Shane is convinced that Armond is out to get him simply because he is moneyed and people are always trying to cheat the privileged. 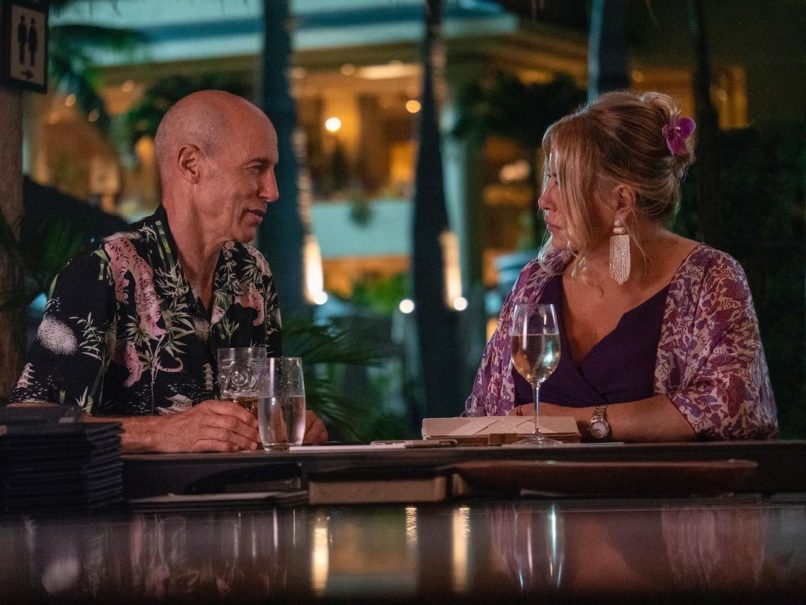 One of the more comic characters on the show is Tanya (Jennifer Coolidge), a single, lonely alcoholic travelling with her mother’s ashes to say the final goodbye. She befriends the hotels’ spa manager Belinda (Natasha Rothwell) and promises to help her open her own wellness centre. Belinda, a single mom is seen pandering to Tanya’s foolish behaviour in hopes of a leg up. Did we mention, Tanya ironically ditches Belinda for a date with a man she believes works for the BLM (Black Lives Matter) movement.

On the other side, there is a secret rendezvous happening between Paula and a native Hawaiian employee who informs her of how the builders of the hotel cheated the natives of the land they are on, including his family. The cultural appropriation is evident in the show where he performs a traditional dance for the guests. 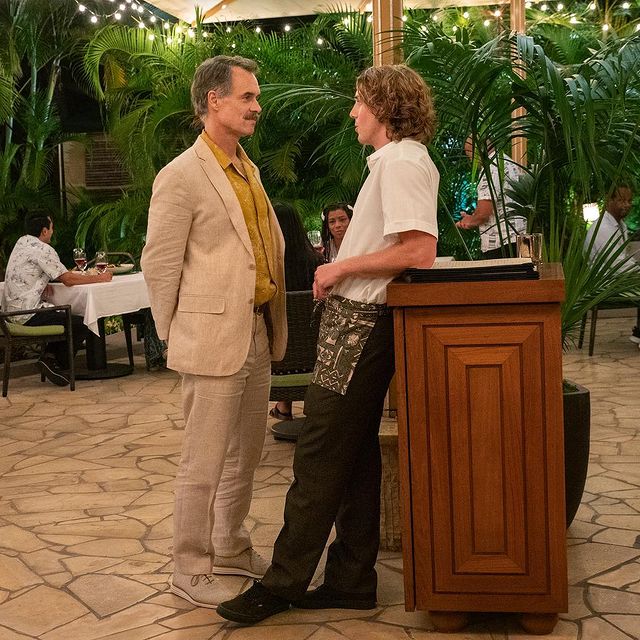 The power dynamics is also evident amongst the hotel staff, where Armond, a recovering addict powered by misplaced drugs bargains sexual favours from one of the busboys in place of flexible timings and a climb up the ladder.

In the last episode, we see Rachel trying to end her relationship with Shane who she calls a ‘baby man’ and suggests that she needs to be on her own, respect herself in order to lead a happier life. A sentiment that she eventually gives up in order to live a comfortable life with her husband.

The White Lotus is a character study of the ruling class and the milieu of characters around them. It’s not really the narrative but the authenticity of the underlying theme that leaves you enchanted. Picturesque Hawaii and its availability on Hotstar, certainly make the show worthy of a watch.