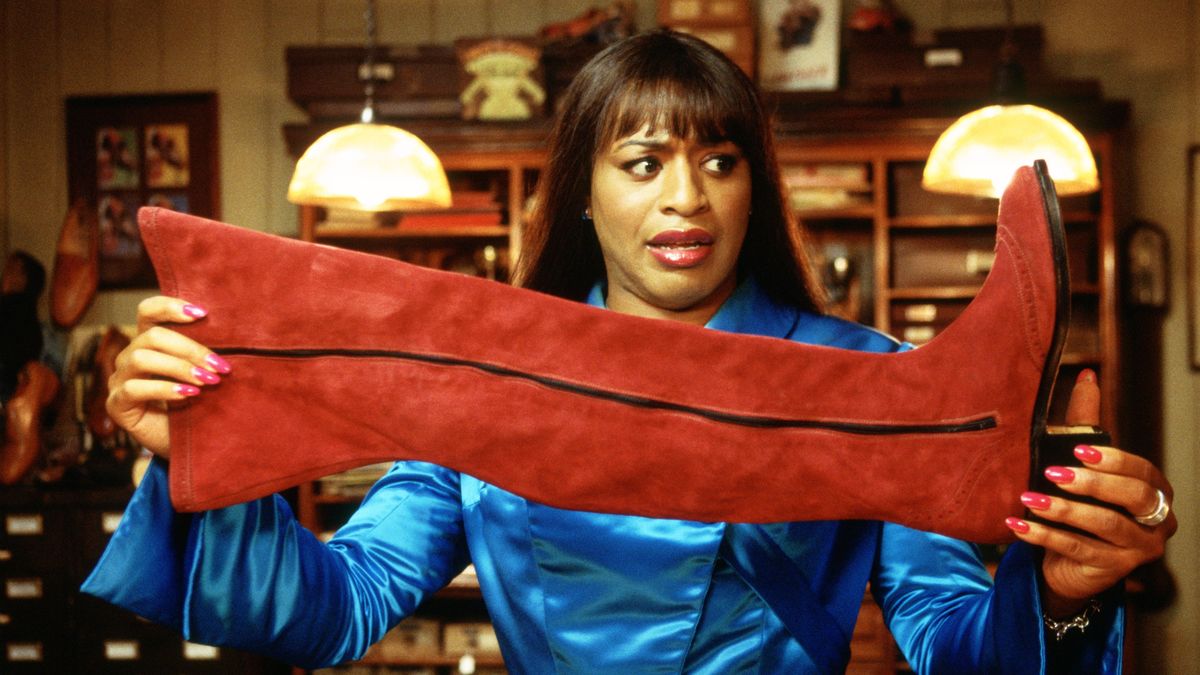 ‘Pride’ should be supported all year long, but since we are celebrating this month, we got celebrity stylist Mohit Rai to recommend a list of the best LGBT movies that made an impact on him.

‘Paris is Burning’ is a brilliant documentary that trails the underground ballroom culture of New York in the 80s and the early 90s. While documenting the lives of young gay and trans men and women, it also shines the spotlight on various ‘drag houses’. My personal favourite moments are those highlighting ‘Vogueing’, a dance sub-culture that was all the rage in the 90s; and ‘Reading’, an out-in-the-open insult-comedy movement that found popularity in mainstream media since the rise of the Drag Race phenomenon thanks to Rupaul.

To Wong Foo, Thank you for everything! Julie Newmar (1995) 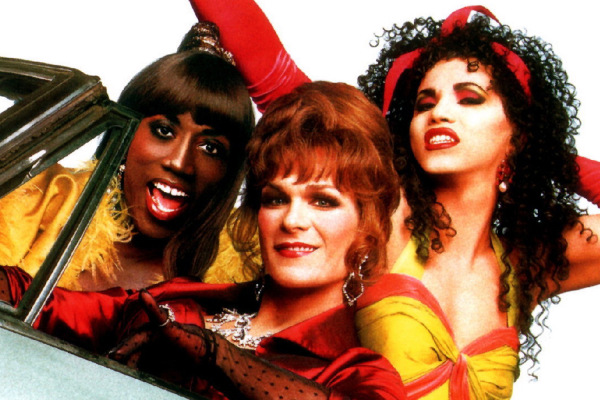 Looking back at my first introduction to gay cinema at the age of 15, I distinctly remember watching ‘To Wong Foo…’ featuring Patrick Swayze (who I’m pretty sure I was lusting after since  ‘Dirty Dancing’) as a drag queen, and reading up on the idea after to understand it better. The film doesn’t necessarily deal with gay romance, but the idea of men dressed as women, moving to a small town and giving it the kind of makeover only gay men can, was a revelation. The film also features Rupaul in a fleeting scene — years later a French friend educated me about Rupaul, and today he remains my personal hero for teaching me about self-love — which in itself was enough to put this on my best LGBT movies list. 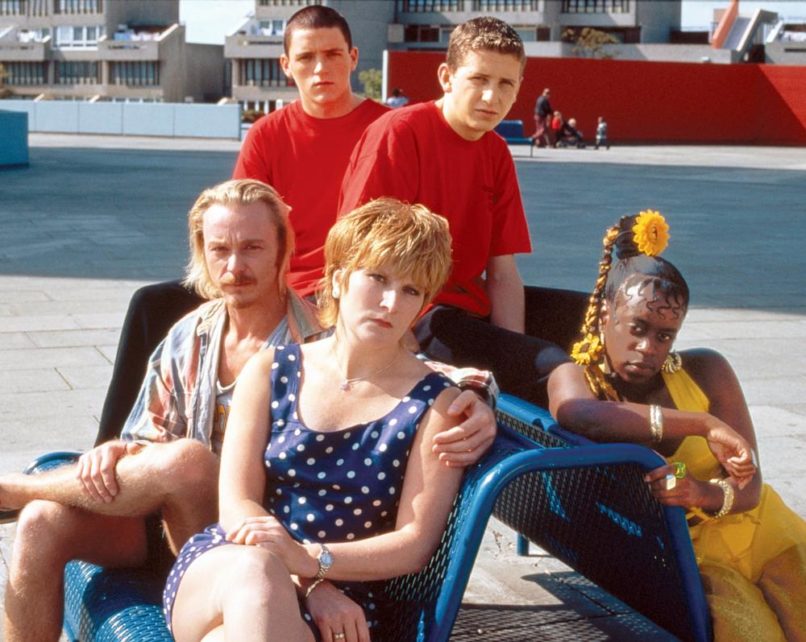 How can this list be complete without a coming-of-age story of two boys who live next door? One boy living with his overworked single mother and one living with an abusive father and brother, fall in love over a period of time. The original covers by Mama Cass, and references to living on your own terms made me hopeful of a better and more accepting world, when I watched it in 2005. The final scene, with the boys demonstrating their love by dancing together in their neighbourhood, is simple but powerful, making it one of the best LGBT movies I have watched. Not an LGBTQIA+ film, Billy Elliot stood out to me in my childhood as it tackled the sensitive subject of toxic masculinity. What a man must or mustn’t wear, how he should walk, what he should be interested in as a career, how men must behave around one another, what is appropriate dinner conversation — this film deals with it all through the story of a young boy and his family of ‘macho men’. The simplicity of feeling incorrect and embarrassed for his natural interest in ballet resonates with all LGBTQIA+ folk because of obsolete societal viewpoints and limitations imposed on everyone. On a personal level, I always felt the need to over-explain my interest in fashion as a child, and I felt for the kid “who only just wants to dance”. 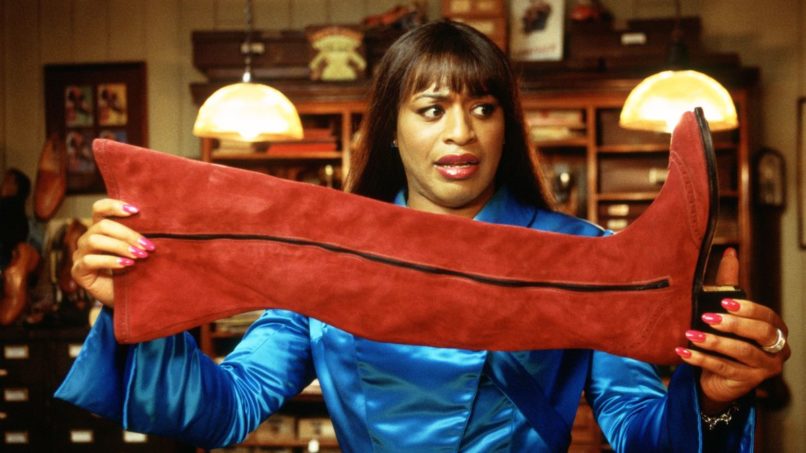 ‘Kinky Boots’ might be legendary and well-known as the story of a black drag queen who befriends the straight white owner of a shoe factory, but it’s the nuances of both their individual journeys of kindness and acceptance that got to me. The film, also an iconic Broadway production, revolves around shoemaker Charlie (Joel Edgerton), trying to save his father’s shoe business and venturing into the niche market of high-heeled boots for drag queens, with the help of his new friend Lola (Chiwetel Ejiofor), the drag queen. It is a winding storyline, which eventually emerges victorious (and has a fashion show to close), but the film has some remarkable moments. Like when Lola’s conservative old housekeeper asks her in earnest if she should keep the toilet seat up or down. I made me want to laugh-cry. 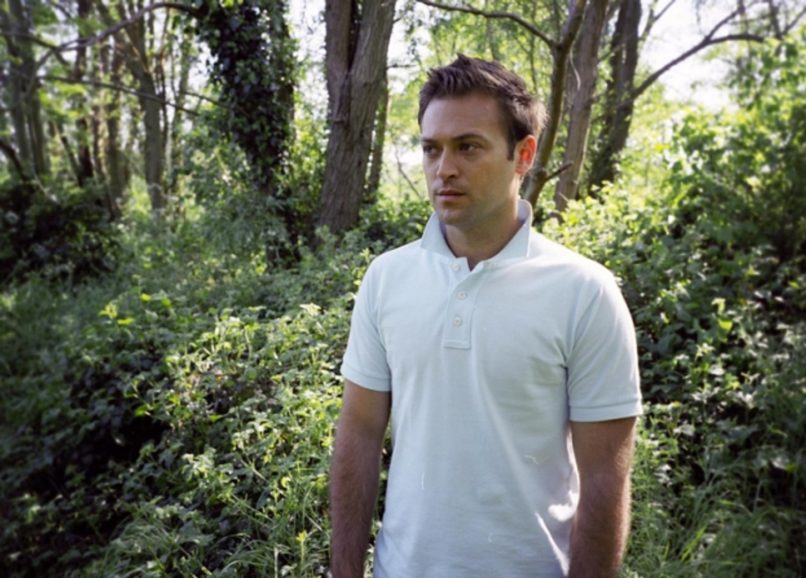 ‘Clapham Junction’ follows many different, simultaneous plots, but all tying into a single incident of gay-bashing and eventual hate-crime murder. The storylines follow a wedding, bar-cruising, restroom hookups with strangers and underlying themes of adultery, lavender marriage, self-acceptance, and violence against LGBTQIA+ — most sensitive of these themes is between an underage and a mature man — eventually culminating in a simple message of kindness. The narrative is beautiful and the film features some stalwarts of British cinema and no review or recommendation can do it justice. 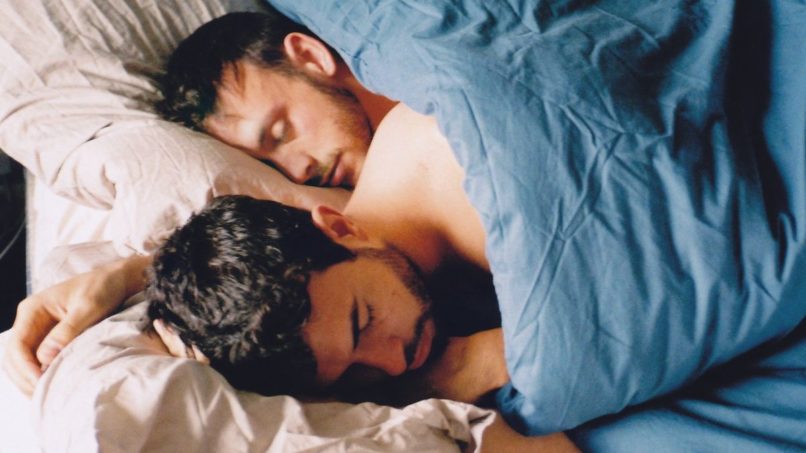 ‘Weekend’ is the simplest, most stripped-down representation of being gay in the world today, and when I watched it, it left me feeling a little more positive, a little more hopeful about the world, which is why it is on my best LGBT movies list. In the simplest of ways, the movie chronicles a gay relationship over one weekend – two guys mostly having conversations. The yearning to find companionship in a culture obsessed with outward appearances, the personal shame felt by queer people before letting their inner circle into their truth, and the victory in self-acceptance are all covered in this movie starring Tom Cullen and Chris New, and directed by Andrew Haigh. The short-lived love story is heart-wrenching but real. 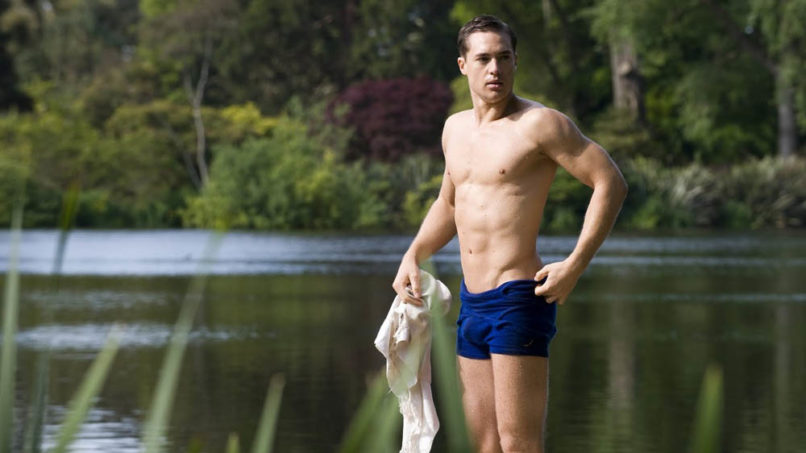 ‘Christopher and his Kind’ is a biopic on author Christopher Isherwood and his journey to writing ‘Goodbye to Berlin’, the novel which inspired the musical ‘Cabaret’. The storyline follows Isherwood as he moves to Berlin to explore his sexuality and live freely right before the Nazis start taking control of Germany. His relationships with several men and his friendship with an aspiring actress, all culminate into his autobiography, and help create the iconic characters of the musical, while his journey highlights the hate faced by Jews and homosexuals in Nazi Germany. I love cabaret as a performance art form, and to see where the iconic musical originated from, was an eye-opener for me. 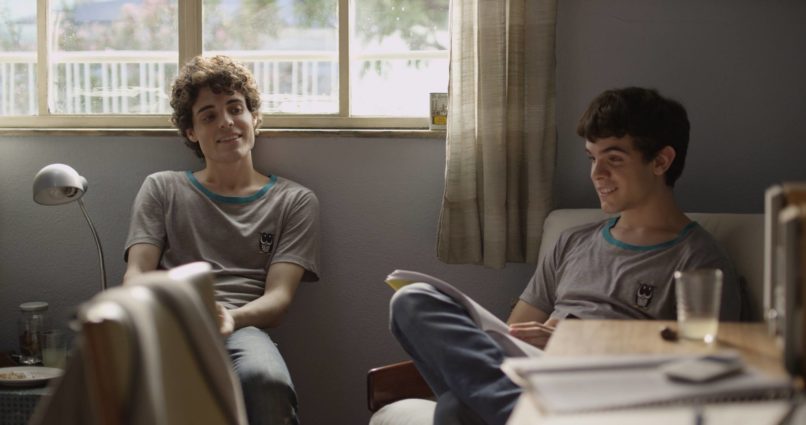 A short film adapted into a full feature film, this is a beautiful story of two young boys understanding their sexuality. While one is blind, he struggles to understand if he is physically attractive and if his new friend would be interested in him. The boys, after many misunderstandings eventually confess their feelings to one another, and in the final scene of the movie, challenge the school bullies. Nothing too elaborate, but the film is a beautiful reminder of young love and the need to cherish it. 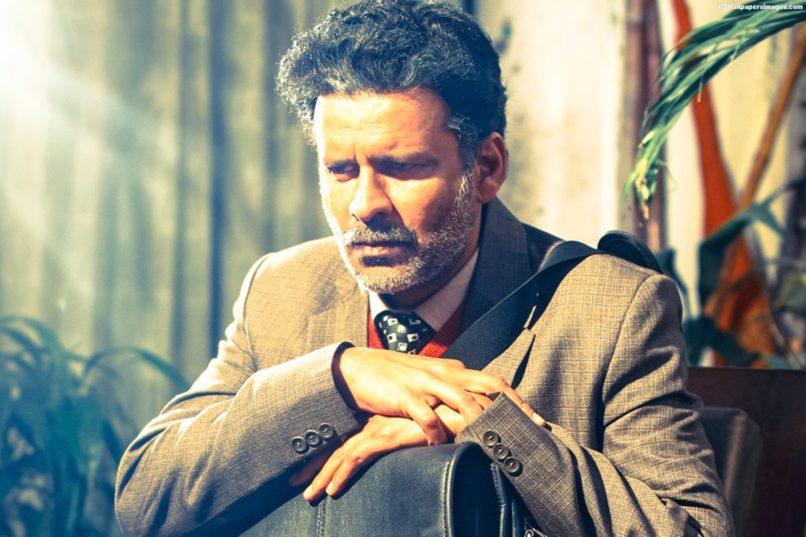 ‘Aligarh’ is perhaps the most well-written and one of best LGBT movies in Hindi cinema. The true story of a man shamed and outed by his community and fired from his job as a professor at the Aligarh Muslim University becomes national news when he fights back for his job, honour, and home. Manoj Bajpai plays protagonist Ramchandra Siras excellently, poignantly portraying a journey of decluttering the character’s personality and feelings towards his sexuality. It is a tragic narrative, featuring his relationship with a rickshawalla, and his friendship with a journalist (Rajkummar Rao). This film struck a chord with me because many of us know men like these, who are forced to live in the shadows and have hidden relationships in back alleys because of the fear of consequences they may face. 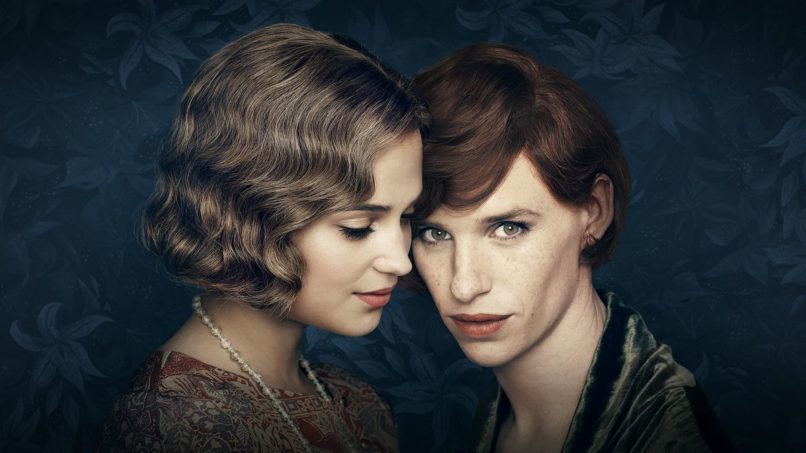 Documenting the first-ever transsexual surgery, Eddie Redmayne plays the protagonist, a straight man, well in his adulthood discovering and confronting his true sexual identity. The film is a transcendent experience, as you journey along with Redmayne on this road to self-acceptance, and his wife who eventually becomes his strongest ally, highlighting the fact that the actions of one person (woman) can change the course of history. The trans-movement that stands strong today found a beautiful narrative in this film. Undoubtedly one of the best LGBT movies out there. 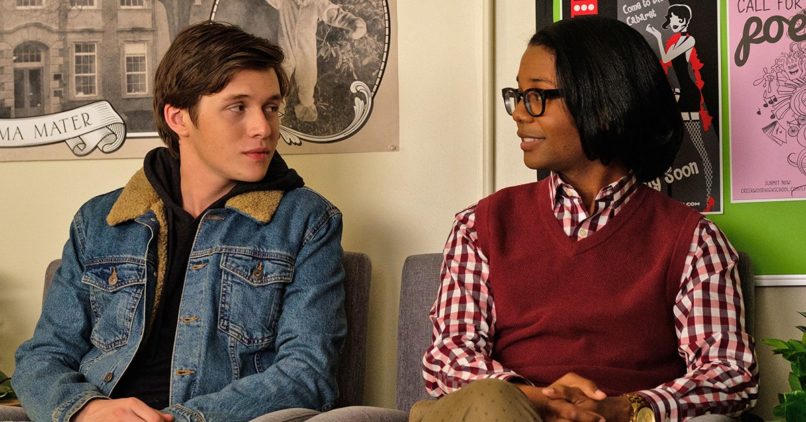 ‘Love, Simon’ is a millennial outlook to being gay today. Tackling issues like the unfairness of having to ‘come out’, the longing for companionship to share your ‘big secret’, bullying, and having an honest relationship with your family – the light-hearted film reflects on the high-school experience of gay kids today, which I hope is better than what I or people in my age-group had to go through. The most powerful scenes of the film are the conversations between the parents and their gay son, where they make sure he believes that they love and accept him and that he does the same.