When it comes to movies, who doesn’t like a good rom-com? Funny but with the right dose of drama; romantic but with just the perfect sprinkling of that estrangement. Yet, love always at its heart. Over the years, we have seen a number of these entertaining movies hit the screen. So, if you are looking for some suggestions, here’s a mix of classics and recent romantic comedies you can watch on Netflix. One fine day, American superstar Anna Scott (Julia Roberts) walks into a London travel books store owned by William Thacker (Hugh Grant). Her chance meeting with Thacker and the events that follow bring these two people from different worlds close to each other. Will they overcome the barriers set up by their drastically different lifestyles for the sake of their love for each other? That’s what this classic rom-com is all about. On her 40th birthday in Los Angeles, Alice Kinney (Reese Witherspoon), who is separated from her husband Austen (Michael Sheen), meets three young men who are aspiring filmmakers. Harry (Pico Alexander), George (Jon Rudnitsky) and Teddy (Nat Wolff) end up staying in her guest house. As the men bond with Alice’s family, she finds herself falling for Harry. 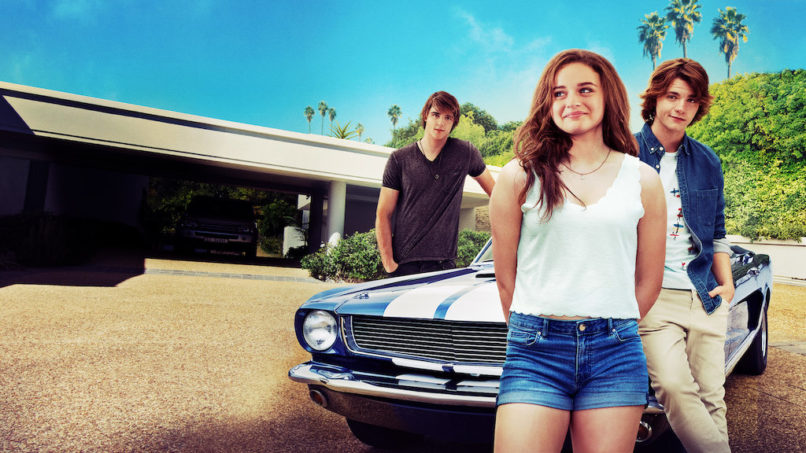 The film is based on the book of the same name by Beth Reekle. It is a coming-of-age story of two teens Elle (Joey King) and her best friend Lee (Joel Courtney). When the two decide to run a kissing booth at their high school’s Spring Carnival, Elle ends up kissing her long-time crush Noah (Jacob Elordi), who is Lee’s older brother. As per the two’s friendship pact, Elle cannot fall in love with him. The film has two sequels that carry forward the love story of Elle and Noah, and her friendship with Lee. Based on critically-acclaimed books by Jenny Han, the trilogy revolves around the life of teenager Lara Jean (Lana Condor) who has a habit of writing letters to her crushes but never posting them. One day, all her letters are accidentally delivered to the boys unfolding a series of hilarious situations as a beautiful love story evolves. To All the Boys I’ve Loved Before, the first film in the series, was released in 2018. It was followed by To All the Boys: P.S. I Still Love You in 2020 and To All the Boys: Always and Forever in 2021. Brooks Rattigan (Noah Centineo) is a high school senior who realises he has a knack for dating and creates an app that allows him to be hired to pose as a perfect fake date. His goal is to make enough money to finance his education at Yale. But while faking things, he falls in love with the wealthy Celia Lieberman (Laura Marano). 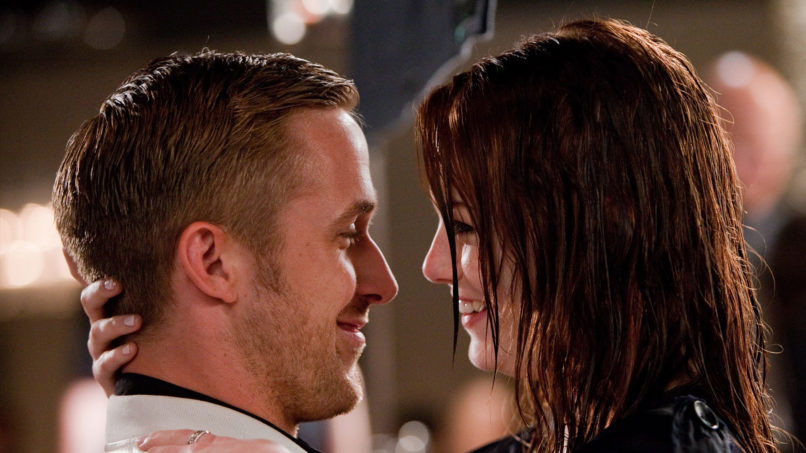 On a date night, Cal Weaver’s (Steve Carell) wife Emily (Julianne Moore) asks him for divorce after informing him about her unfaithfulness. Cal, after moving out from their house, strikes an unusual friendship with a young womaniser named Jacob Palmer (Ryan Gosling), who introduces him to the world of serial dating. Sasha and Marcus (Ali Wong and Randall Park) were best friends while growing up in San Francisco. However, the two go their separate ways after a bitter fallout. After around 15 years, Sasha, who is now a celebrity chef, returns to the city and runs into Marcus bringing back memories of their good times together.

Besides the phenomenal main leads and supporting actors, the film made headlines for the amazing cameo by Keanu Reeves playing a heightened version of himself. Julianne Potter (Julia Roberts) decides to sabotage the wedding of her childhood friend Michael O’Neal (Dermot Mulroney) after realising that she is in love with him. While Michael’s fiancee Kimberly (Cameron Diaz) makes her the maid of honour, Julianne tries to create a rift between the couple. 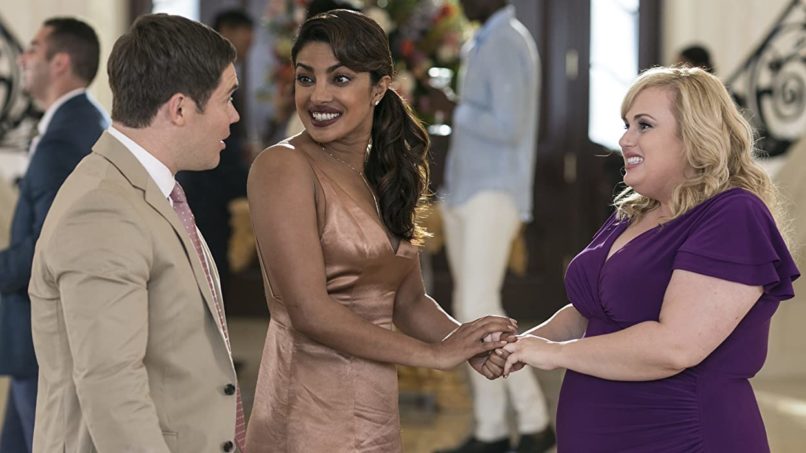 Natalie (Rebel Wilson) is an architect in New York who has grown up despising everything about romance as well as the flowery ideas of love. After being mugged on the subway, she wakes up to find herself in an alternate world where she is the central character in a real-life romantic comedy. She ends up realising that she has feelings for her co-worker Josh (Adam DeVine). 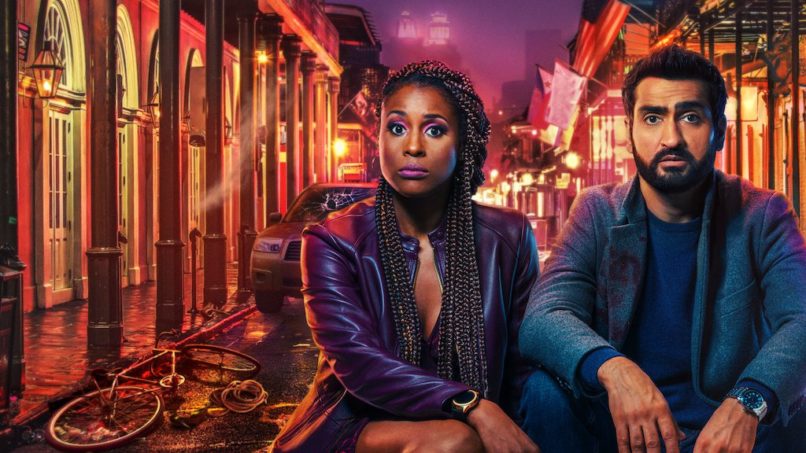 Jibran (Kumail Nanjiani) and Leilani (Issa Rae) have just mutually decided to end their relationship after four years but end up getting involved in a murder mystery, which forces them on the run from the police. They try to clear their names while landing themselves in hilarious situations. 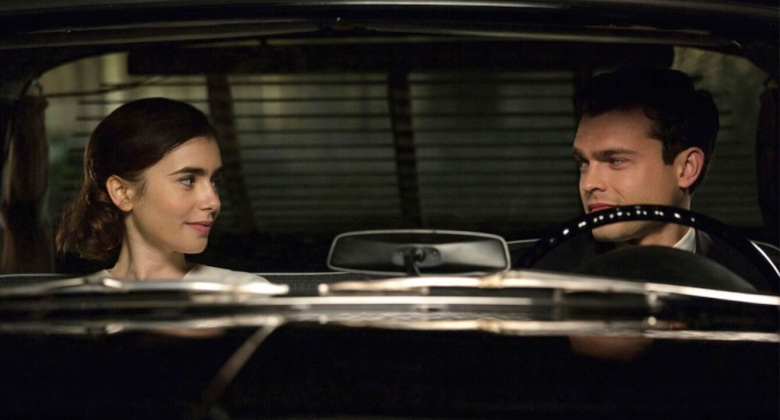 Marla Mabrey (Lily Collins) is a small-town beauty queen who arrives in 1950s Los Angeles under contract to become an actress for the film studio of Howard Hughes (Warren Beatty). As she waits for months for a screen test, Marla begins an affair with her driver Frank Forbes (Alden Ehrenreich), who is Hughes’ employee. But the mogul’s abrupt entry into their relationship complicates everything. 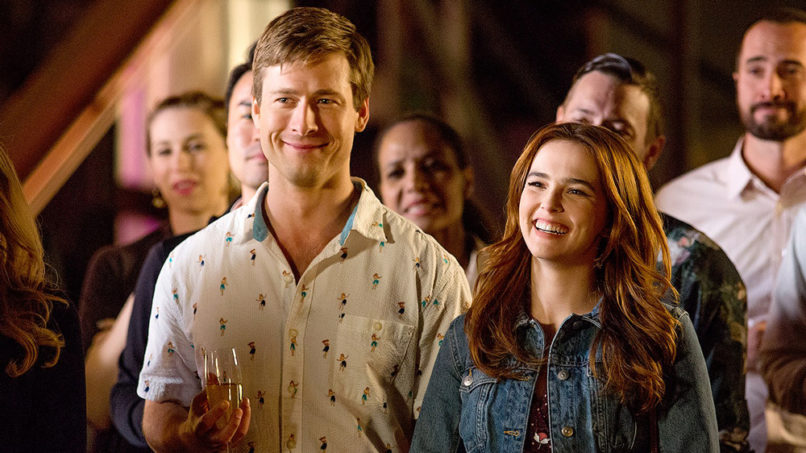 Harper Moore (Zoey Deutch) is an assistant to Kirsten Stevens (Lucy Liu) and Charlie Young (Glen Powell) works for Rick Otis (Taye Diggs). To find a way out of their demanding schedules, Harper and Charlie make a plan to set up their workaholic bosses. Just as things appear to be finally looking up for them, they are confronted with a rift in their bosses’ newly-built relationship.