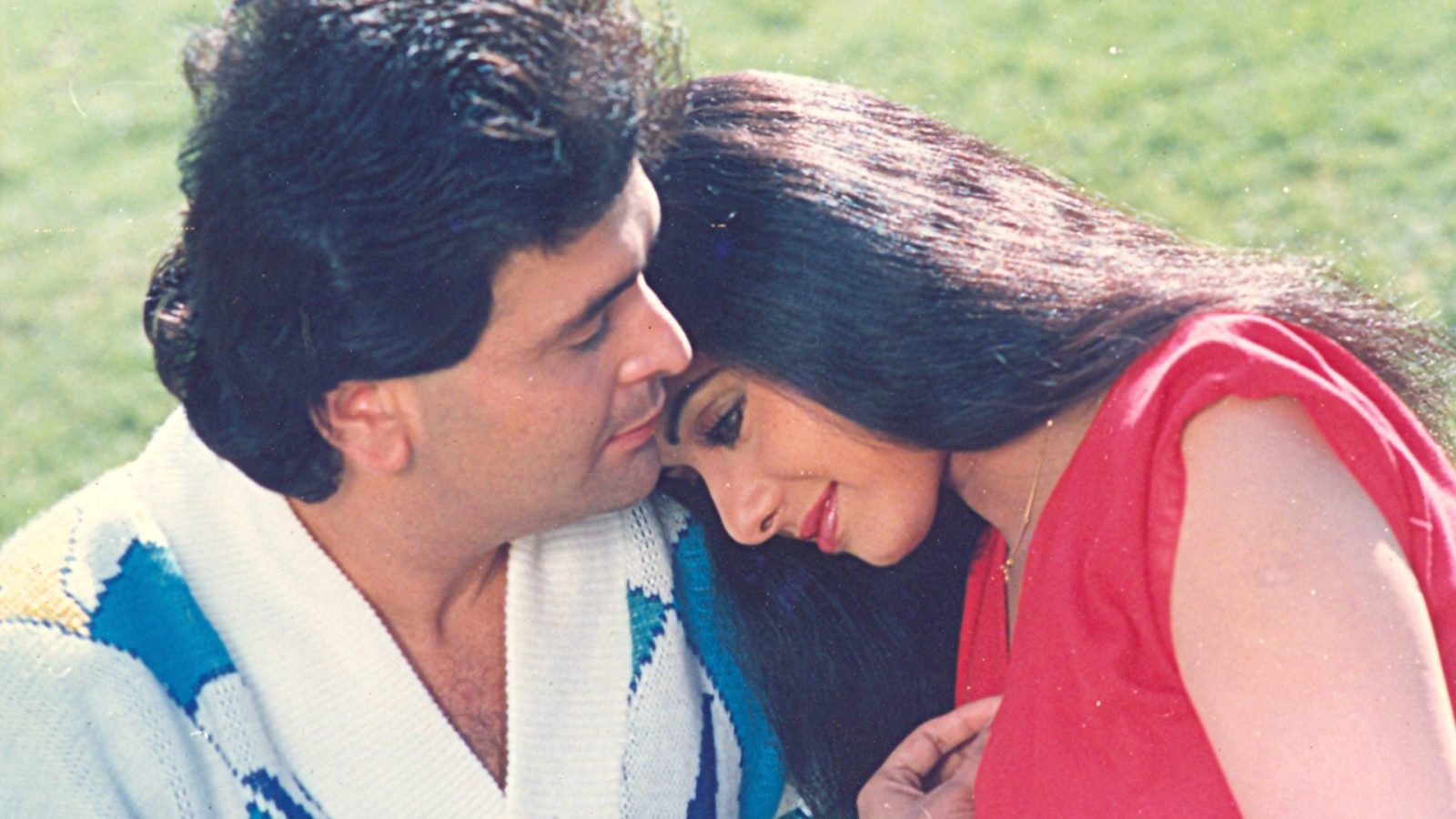 Few can reign for decades in Bollywood, and Rishi Kapoor, silver screen’s OG chocolate boy, was one of them. His charm might have begun in the 70s with Boomers and Gen X, but over the decades, his movies and unforgettable performances spoke to millennials too. In a career spanning over five decades in Hindi cinema, he claimed one National Film Award and four Filmfare Awards.

While his death has robbed show business of a seasoned entertainer, here are some of the things (and movies) we will fondly remember Rishi Kapoor by.

For his first film as a child actor 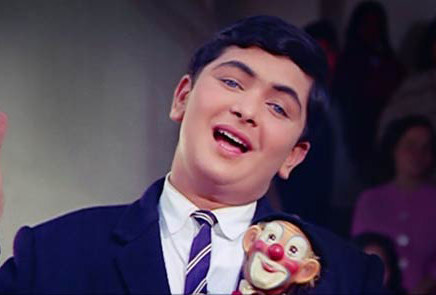 Rishi Kapoor made his acting debut as a child artist playing the younger version of his father Raj Kapoor’s character in the 1970 film ‘Mera Naam Joker’. As a teenager Raju, who fell in love with Mary, his teacher, played by Simi Garewal, Kapoor’s portrayal won him the National Film Award for Best Child Artist. 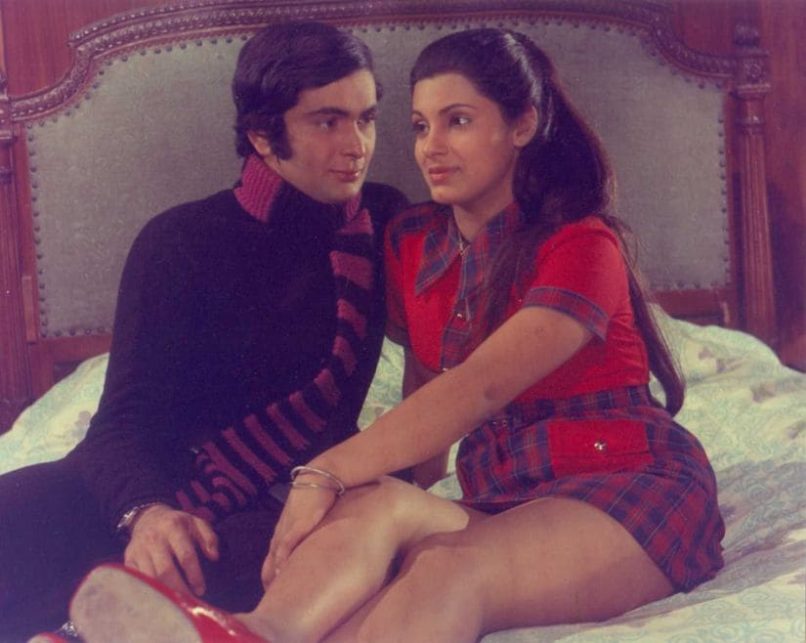 Kapoor is best known for his first leading role in the 1973 hit film ‘Bobby’, opposite Dimple Kapadia. A sweet teenage love story that gave us some of the best and still-hummable songs, ‘Bobby’ established him as a romantic hero, charming millions of viewers. One of the best Rishi Kapoor movies

For his iconic sweaters 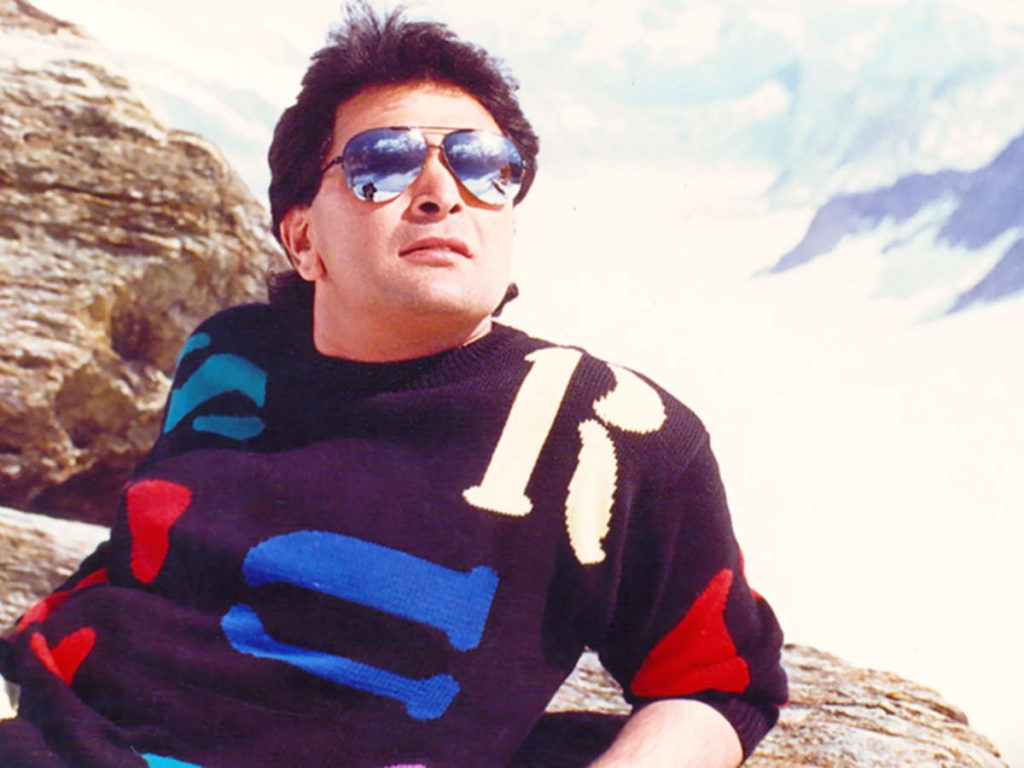 Rishi Kapoor and his collection of sweaters led ’80s Bollywood fashion. With a kaleidoscope of colours, and giant patterns and lines, they exemplified the actor’s ‘sweater swag’ in so many movies that it became his signature style.

The romantic appeal of his movies in the ’60s and ’70s 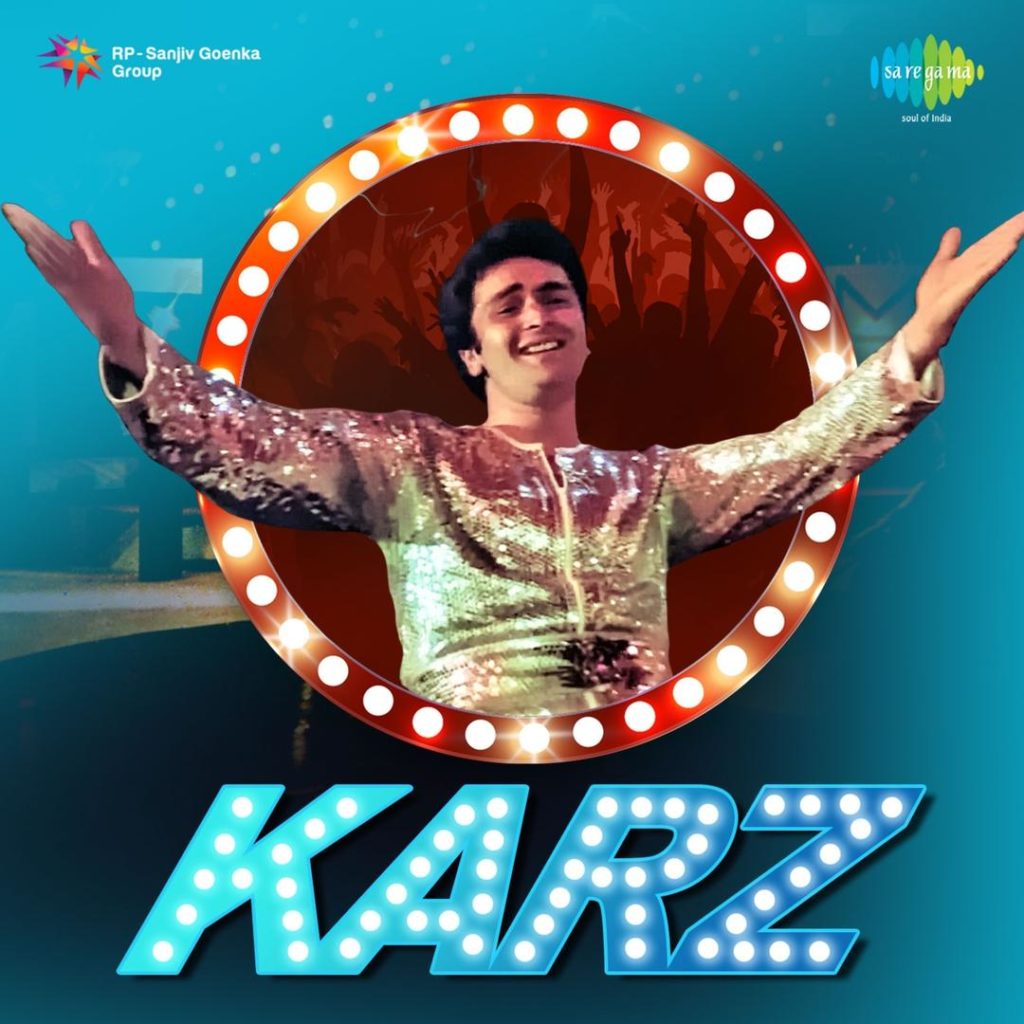 In movies like ‘Khel Khel Mein’, ‘Laila Majnu’, ‘Kabhi Kabhi’, and ‘Amar Akbar Anthony’, he played memorable romantic characters. The pairing of him and wife Neetu Singh was iconic, and between them, they personified ’60s sartorial style – bell-bottoms, floral shirts, mini skirts, floppy hair, and oversized sunglasses, making them “fashion templates for teenagers” before the MTV era. 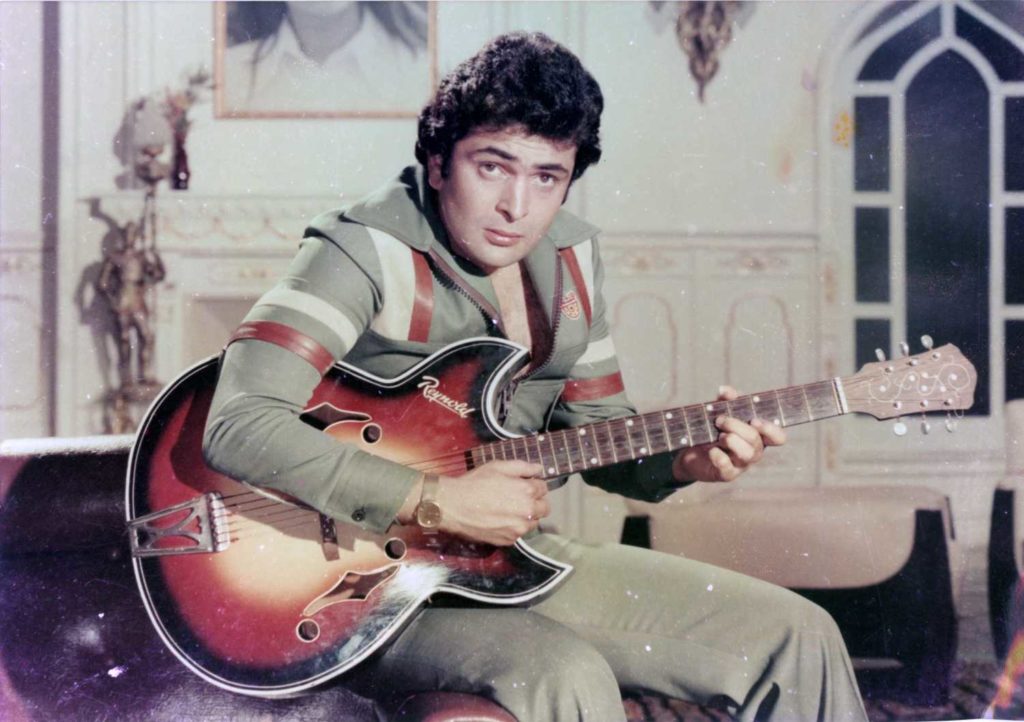 In films like ‘Prem Rog’, ‘Karz’, ‘Saagar’, and the blockbuster ‘Chandni’ during the 80s, he proved himself as a terrific actor. He also ruled the 90s with his performances in ‘Bol Radha Bol’ and ‘Damini’, and his supporting roles in movies like ‘Fanaa’ and ‘Hum Tum’. He contributed to cinema as a whole and managed to stay relevant for decades.

For his controversial tweets, but truth bombs too 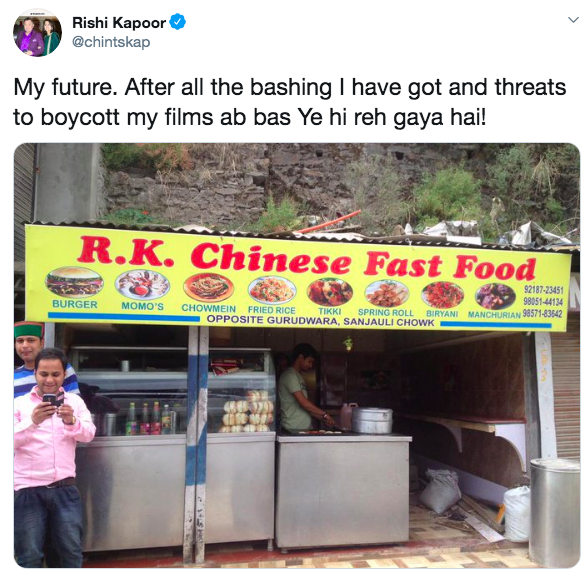 Another thing he was known for is his fiery presence on Twitter. Be it his observation on fast-fashion or his opinions on cinema, Kapoor was often at the receiving end of criticism and brickbats for his opinions. He often said it like it was — he once took to the microblogging platform to remind Ranbir Kapoor fans that he was not his son’s “mailbox”. 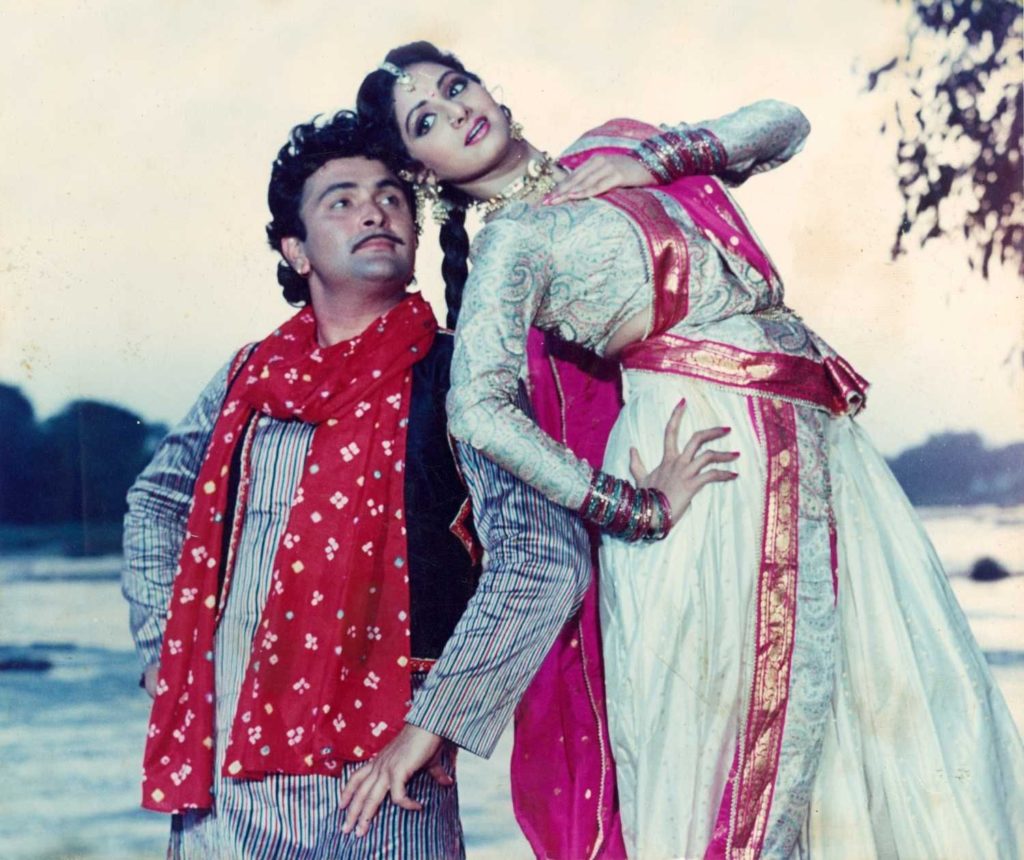 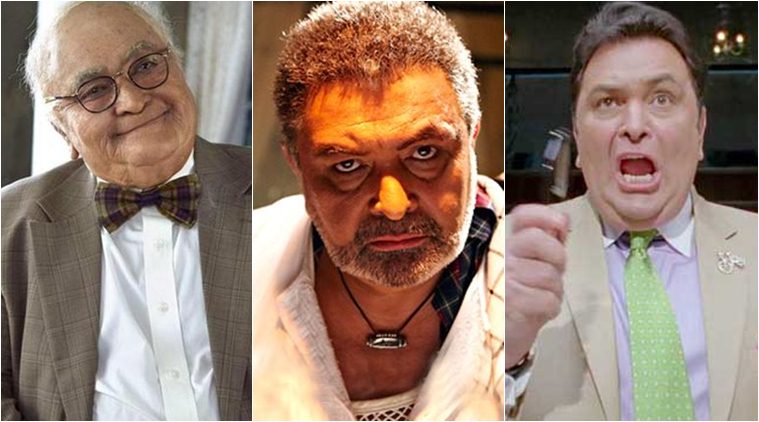 In the last few years, Kapoor mixed it up with unconventional roles, from the being the lascivious grandfather of ‘Kapoor and Sons’, to the hapless father of ‘Do Dooni Chaar’, to a nasty villain in Agneepath. In ‘102 not-out’, he played Amitabh Bachhan’s son with absolute ease.