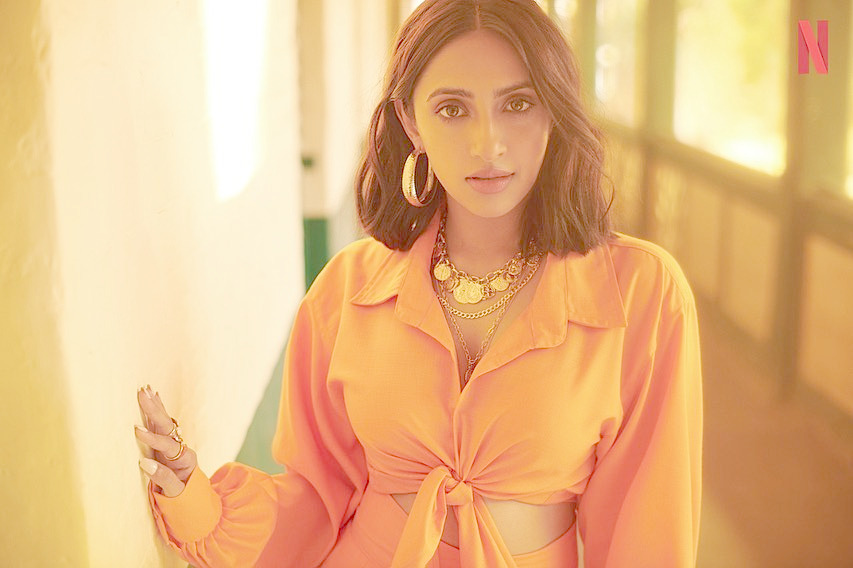 Akansha Ranjan Kapoor garnered rave reviews for her performance in ‘Guilty’, a Netflix film that released earlier this month.

Just as the #MeToo conversation in India was tapering off, in came ‘Guilty’, a film that brought back the deserved due to the conversation. The premise centered around campus rape, how we’re prone to jumping to conclusions, and how what meets the eye isn’t always the truth.

The plot revolves around a popular college couple, and how the guy is accused of rape by a not-so-popular small-town girl and fellow student. And the quest to find out what really happened. What received the most praise was debutante Akansha Ranjan Kapoor’s performance as the college girl who accuses her fellow student of rape.

While this isn’t her first stint with celebrity status—her father (Shahsi Ranjan), mother (Anu Ranjan), and sister (Anushka Ranjan) are a part of the film and television industry; and she’s herself modeled, appeared in a music video, and is a social media personality—Kapoor’s energy is refreshing. Here, she speaks about her choice of work, what influences her, and her legacy.

The film and your role in it, both aren’t typical choices for a debut What made you choose ‘Guilty’?

It was a no brainer for me, when I auditioned, I didn’t really know what the role was. But after I met Ruchi (Director), I knew I wanted to be a part of this story and play this girl. I instantly connected to Tanu. She is very different from who I am, but that’s what made it more interesting. Her graph of having people dislike and judge her to falling in love with who she is and her beliefs, not everyone gets to play someone like that so early on in their career. Besides, who doesn’t want to be a part of a Netflix Original and a Dharma film?

How did you prepare for the role?

Physically, I had to put on weight. With that I had to wear clothes that not only weren’t the way I dress, but also had to feel completely comfortable in, because Tanu always was. That was challenging for me, because if I was even a bit uncomfortable in my skin, no one would buy Tanu’s character. Apart from that, I did months of training for the accent and her body language. Also just generally being mindful of not judging her and being empathetic with the character. Because again, if I didn’t believe her, who would?

Digital or theatre release, according to you which is best way to connect to the millennial audience today?

It’s been 2 weeks and we’re trending across the globe. People from all over have been reaching out to us, and that wouldn’t have been possible so fast if it wasn’t digital. As an actor you want your work to be seen, and this space worked for us like that. And nowadays the first question people ask each other is ‘So what are you watching on Netflix?’… so definitely digital.

You’ve modelled, been in a music video as well as television, and a social media personality too. Was acting the natural progression from these?

Oh no, I think I went backwards! I always wanted to act and had this plan in my head, but I guess life doesn’t go according to plans! So, I did all this stuff knowing my endgame always, always was acting.

And out of all of the above, which one remains closest to you?

What influences your craft?

I’m a crazy observer. That’s why I can make fun of people so easily, I notice every little thing a person does while I’m around. At any given time, whatever I am doing, I am noticing how I’m doing it. So, personal experiences and of course a ton of movies.

How do you pick your projects?

I can obviously only speak for my first film and it was the story without a question. But also, I was excited with the backing that it had because I was then sure the story would be told the right way and would get the right push it needs. Your family has been a part of the industry too. How does that legacy trickle into your work?

Not at all to be honest, what they do they leave at office. And I’ve never really been involved in their work. They were excited when I said I wanted to act but were as supportive when I had come home one day saying I wanted to be a scientist! That being said, I have seen actors and movie sets while growing up and I knew that’s where I wanted to be.

Could you tell us more about your upcoming projects?

Well, the response for ‘Guilty’ has been overwhelming. Currently life is on hold due to coronavirus, but hopefully once we’re through this–you will know very soon!

Interviews Netflix Films celebrity interview Actors
Megha Uppal
Senior Associate Editor
An innate love for travel and food has translated into many a trips since childhood for Megha; it also fed her curiosity to know about local cultures. When not writing, she is on the lookout for three things: A great dark chocolate dessert, a beautiful pool where she can practice her backstroke, and art that she can save up for.
Travel Culture Food Drinks