Ten comedians under one roof fight for the winning prize of Rs 25 lakh, but what is the challenge? We’ll find out today as Lol- Hasse Toh Phasse releases on Amazon Prime. 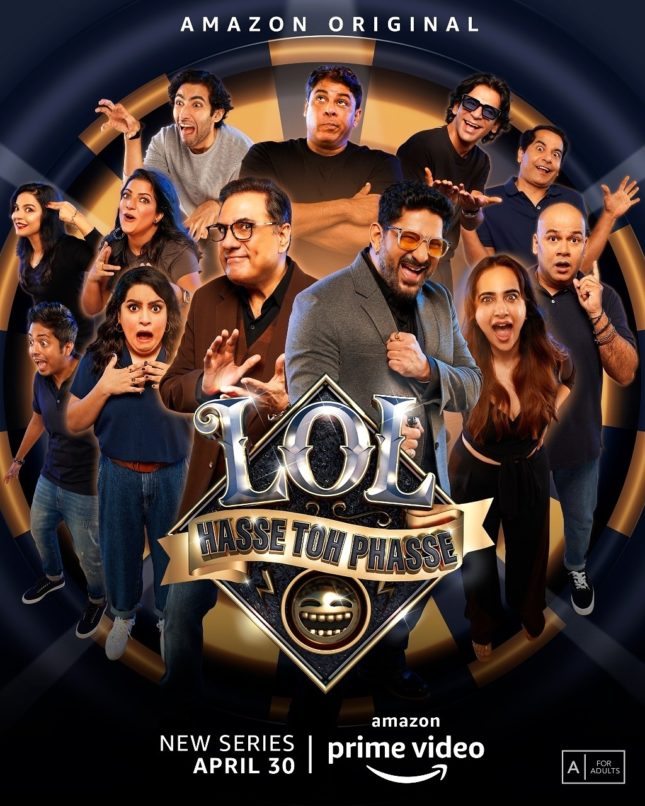 Lol – Hasse Toh Phasse translates to you’ll get into trouble if you laugh, which is exactly the premise of this Amazon Prime comedy show. All the contestants will have to make others laugh, but they can’t laugh. Unlike stand-ups that these individuals are known to perform, the show will assign tasks via which they have to create comic situations to make others laugh. Hence, a reality show with comedians in a house that can’t laugh in order to win.

Somewhere between Gutthi on Comedy Nights with Kapil and Dr Mashoor Gulati on The Kapil Sharma Show, we all grew up, thanks to Sunil Grover. Grover is back as himself for the first time on a television show. Talking about being yourself, we have Mallika Dua, the OG ‘shit people say’ girl from our phone screens and Kusha Kapila, the South Delhi Billi Maasi who gained momentum as one of the biggest influencers in the country.

Gaurav Gera and Suresh Menon join the bandwagon after spending over two decades entertaining audiences with their glitch-free comic deliveries. Cyrus Broacha is an elite addition to the show as he is a VIP prankster known for hosting MTV’s Bakra in the early 2000s. With over 2 million YouTube subscribers and 125k YouTube subscribers, stand-up comedians Aakash Gupta and Aadar Malik enter the ring with relatable content. And we also see stand-up comedians Ankita Shrivastav and Aditi Mittal.