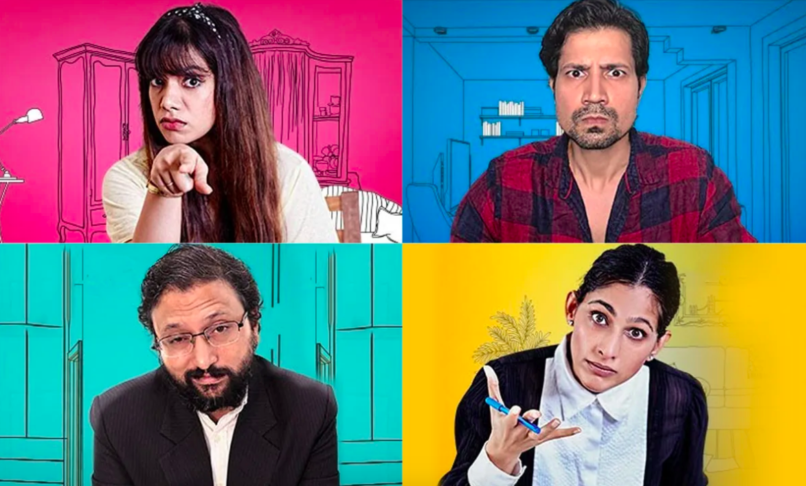 The pandemic has brought the world to a stand-still, but it hasn’t necessarily mutilated the creative cords of many. One of the most ingenious things to have happened is the change in the storytelling narrative in entertainment. Lockdown productions and shot-at-home movies are part of the new normal, and it looks like it’s here to stay despite many celebrities resuming their shoots.

Everything about the Amazon Prime Series Wakaalat From Home: Cast, Story & Trailer –

Wakaalat From Home, directed by Rohan Sippy and produced by Ramesh Sippy Entertainment, is one such web-series, which is shot entirely at home. The ”lockdown courtroom comedy” revolves around Sujin and Radhika’s divorce, with hearings being moved to video conferences. Amidst the claims and the counter-claims, the couple banters, and the settlements, the divorce will be heard.

A one-of-its-kind series, Wakaalat From Home underlines the pertinent problems of video calls and work-from-home norms as well. The humour sticks and the cast feature some of our favourite web-stars in the scene of comedy — Gopal Dutt and Kubbra Sait, among others. While Dutt was last seen in the Netflix series Delhi Crime (2019), Sait bagged the role of Meher Salam in Voot’s Illegal (2020). And going back to the lead cast, many remember seeing Vyas opposite Kareena Kapoor Khan and Sonam Kapoor in film Veere Di Wedding (2018) and Singh in a 2018 rom-com Dil Juunglee opposite Taapsee Pannu.

For the fans of Permanent Roommates, a 13-episode and two-season series that gave Sumeet Vyas and Nidhi Singh their loyal fan following, this Amazon Prime series is good news as it brings back fond memories of Mukesh and Tanya.