Marking Manjari Makijany’s directorial debut is Skater Girl on Netflix, a feel-good, coming-of-age sports drama that deserves your attention. Skater Girl releases today, and here’s why it needs to be on your watch-list this weekend. 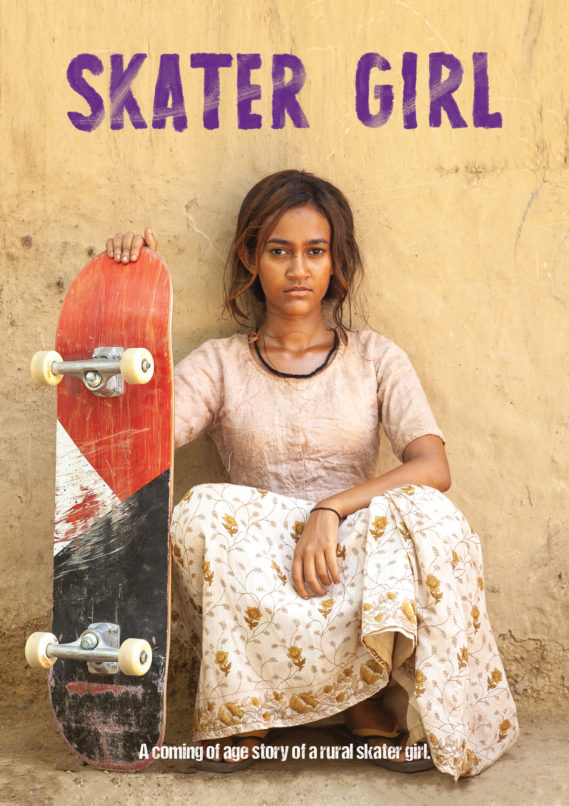 Bollywood does get several things wrong, but it also gets many things right, and surprisingly, sports dramas fit the bill almost every time. Thanks to Netflix Originals and other OTTs, we have access to non-mainstream films that capture the idiosyncrasies of the mundane, feeding us the much-needed inspiration. Skater Girl, which is also touted as India’s first movie on skateboarding, is an extension of these ideas.

Set in a village in Rajasthan, the film revolves around 15-year-old Prerna (played by Rachel Sanchita Gupta), who is left in complete awe of the new sport after it’s introduced to her by Jessica (played by Amrit Maghera). Skateboarding, a burgeoning sport in India, acts as a catalyst for change in Prerna’s life, making her believe how small steps can lead to big and transformational life lessons. The film also underlines several layers of caste, class, and gender in an orthodox society. Although Skater Girl is fictional, certain aspects of the film resonate with the reality of skateboarders in Janwar in Madhya Pradesh. The story went viral in 2015 when a German activist and author, Ulrike Reinhard, travelled to Jamwar and discovered India’s first skateboard community, helping youth freefalling in love with skateboards. Los Angeles-based filmmaker Manjari Makijany was inspired by the story and co-wrote and produced it with her sister Vinati Makijany under the banner Mac Productions. Makijany has also directed three short films and worked as an assistant director with filmmakers Christopher Nolan, Patty Jenkins, and Vishal Bharadwaj on Dunkirk, Wonder Woman and Saat Khoon Maaf, respectively.

Culture
15 brilliant movies you need to stream right now, according to Humans of Cinema

An independent film minus the high-profile cast, the film seems to be celebrating many firsts in different ways — from actors to writers to themes. Now, it is only a matter of time that it amplifies the sport in India, taking it to different parts of the country. Till then, we will continue to support the sport via films, and Skater Girl looks like a good start.

Watch the trailer of Skater Girl on Netflix here —