Home > Culture > Entertainment > Watch out for ‘And Just Like That…’ season 2, confirmed by HBO 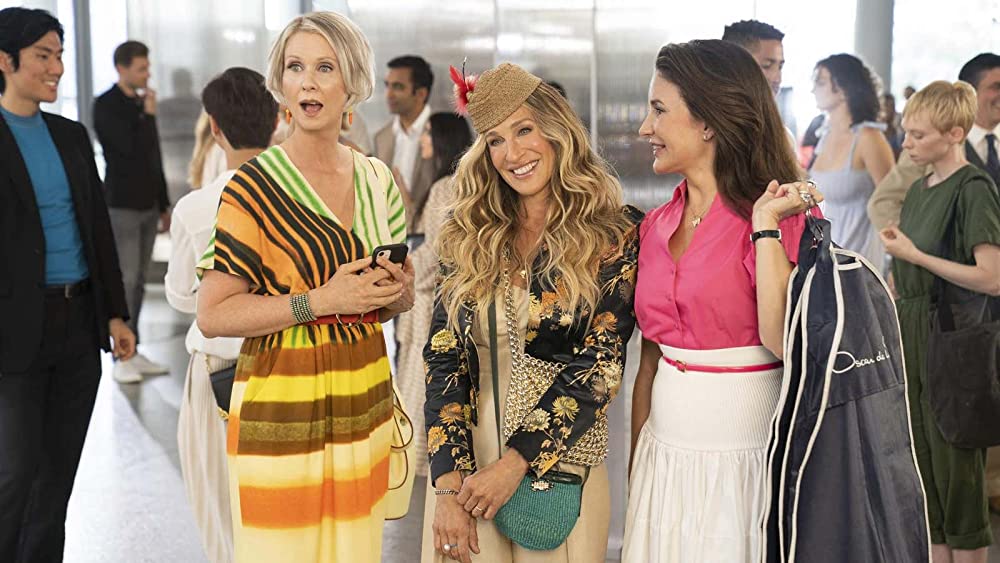 Watch out for ‘And Just Like That…’ season 2, confirmed by HBO

Culture
Watch out for ‘And Just Like That…’ season 2, confirmed by HBO
Share this article
Next article

HBO Max, on 22 March, announced that it has renewed the Sex and the City spinoff series And Just Like That… for a second season.

The series starring Sarah Jessica Parker as Carrie Bradshaw, Cynthia Nixon as Miranda Hobbes and Kristin Davis as Charlotte York had the strongest premiere till date, according to an official press release. Season one gave the viewers some interesting plotlines that saw the trio navigating life through their 50s with many ups and downs.

“I am delighted and excited to tell more stories about these vibrant, bold characters — played by these powerful, amazing actors,” said the showrunner Michael Patrick King. He added, “The fact is, we’re all thrilled. And Just like That… our Sex life is back.”

Even Sarah Aubrey, Head of Original Content, HBO Max commented. “We have been delighted by the cultural conversation generated by these characters and their stories, set in a world we already know and love so much. We are proud of the work Michael Patrick King and our wonderful writers, producers, cast and crew have done to bring these stories to the screen. We can’t wait for fans to see what’s in store for season 2!”

Just like the first season, episodes of And Just Like That… (season 2) are likely to be aired weekly on HBO Max. However, the number of new episodes of the show and the date of release are yet to be confirmed.

What happened in Season 1?

While Samantha (played by Kim Cattrall in the original series) was absent from And Just Like That…, season one shows Carrie, Miranda and Charlotte face the different realities of life and friendship.

Carrie is seen navigating life after the death of her husband Big and Miranda moves in with her non-binary comedian partner Che Diaz in Los Angeles. Meanwhile, Charlotte is exploring parenthood with two grown-up children along with her husband Harry Goldenblatt.

The series also saw the writing-out of the character Stanford Blatch, after Willie Garson, who portrayed it, passed away in September 2021.

The cast and crew

Apart from Parker, Nixon and Davis, the cast of And Just Like That… season one included some other actors from the original series Sex and the City. Chris Noth as Big (John James Preston), David Eisenberg as Steve Brady, Evan Handler as Harry Goldenblatt, Mario Cantone as Anthony Marentino and Willie Garson as Stanford Blatch returned for the spin-off.

Sarah Jessica Parker Sex and the City hbo max And Just Like That
Moyena Parikh
Moyena loves exploring personal development and spirituality. She believes in the power of words. She is also passionate about food, dancing, finance, and her family.
Lifestyle Culture Entertainment Wellness
Sign up for our newsletters to have the latest stories delivered straight to your inbox every week.