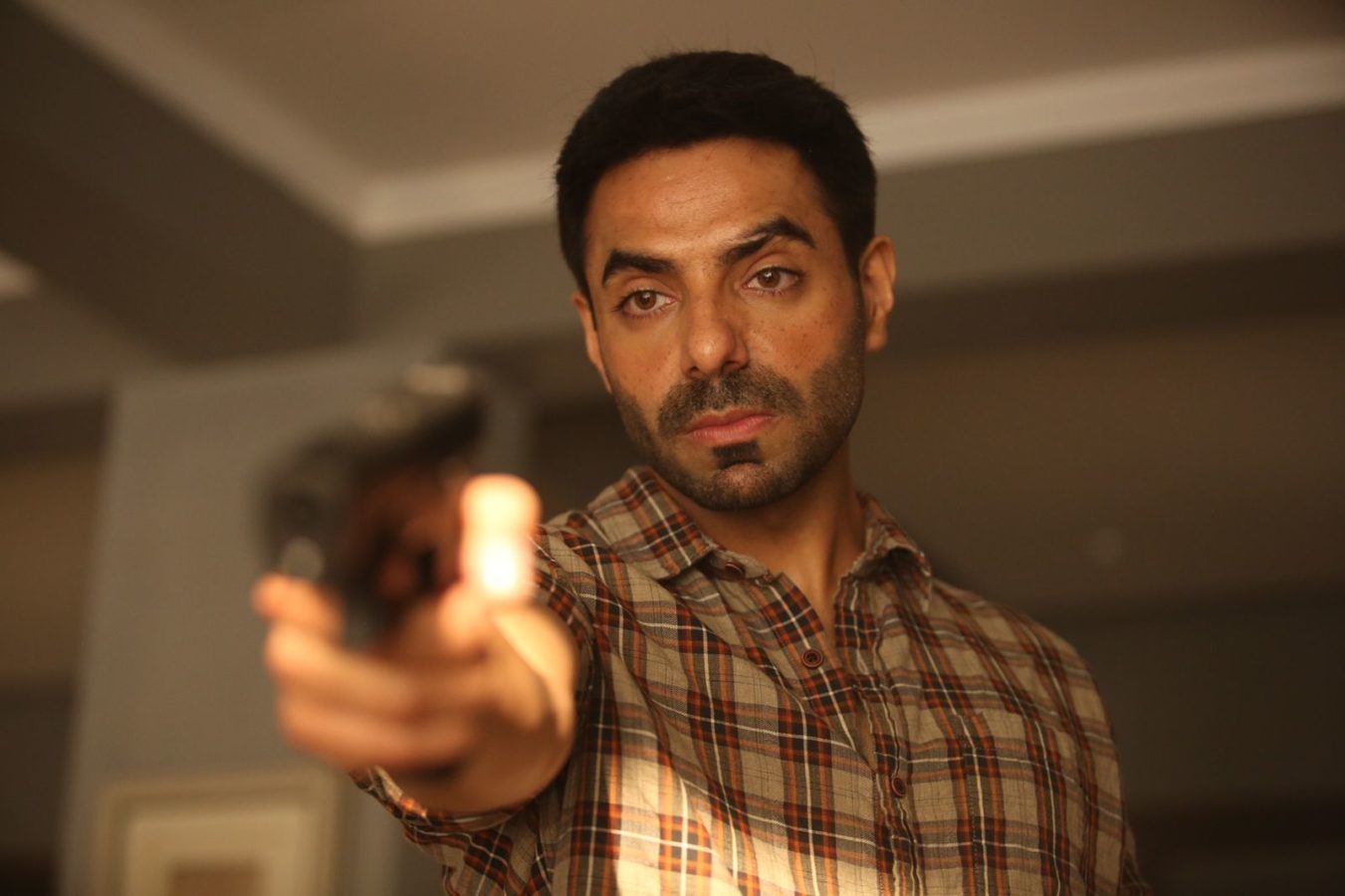 Unveiling his first look from the T-series production Dhoka Round D Corner, actor Aparshakti Khurana builds anticipation for the release of the suspense thriller that also stars R. Madhavan and Khushalii Kumar.

Known for his stellar performances in Stree (2018), Dangal (2016) and Luka Chuppi (2019), actor Aparshakti Khurana took to Instagram to share his first look from the suspense-thriller Dhoka Round D Corner with his fans. The shot captures the versatile actor in a tense moment, and he’s seen holding up a gun while clad in a brown and orange checked shirt.

He captioned the post with, “Just found this in my photo gallery. Looking forward to Dhokha, a @tseriesfilms suspense thriller. It launches @khushalikumar also starring @actormaddy @darshankumaar and is directed by @kookievgulati.”

Often seen in cheeky, comical roles, the actor both surprised and intrigued his fans with the change in his on-screen persona. Reflecting on his role as a parallel lead in the thriller, the actor said, “Attempting a genre that I have never done before is certainly a challenge, but it is something that I have been wanting to do for a very long time. Extremely delighted by the response I have been getting for the first look of the film. Let’s get cracking with loads of action ahead!”

The actor had earlier expressed his intention to focus on lead roles in a conversation with India TV. “”I think it is a good time to concentrate on lead roles, and not just any characters or roles that are greatly rewarding and satisfying to me and to my audience. I have been around for a long time and garnered the necessary experience one needs to better his stance,” he said.

Dhoka Round D Corner is set to release in 2022

Directed by Kookie Gulati, the T-series production is set to release in early 2022 and also stars R. Madhavan, Darshan Kumar, and Khushalii Kumar. The team worked round the clock to shoot the film, and fans are keen on seeing how the work of the talented bunch translates on screen. Speaking to NDTV, Aparshakti was all excited at the wrap of the shoot, “It has been a thriller of a ride with the best shooting experience with amazing talent around, it was a pleasure collaborating with the super talented R. Madhavan and Khushalii Kumar. Kudos to Kookie Gulati for handling the subject with so much conviction.”

Thriller Films suspense films Aparshakti Khurana
Eshita Srinivas
Eshita spends her days writing, rewriting, and thinking of things to write about. The little time she has left, she spends listening to Taylor Swift’s Willow on repeat and day dreaming about going on a solo trip across Asia.
Travel Food Drink Entertainment