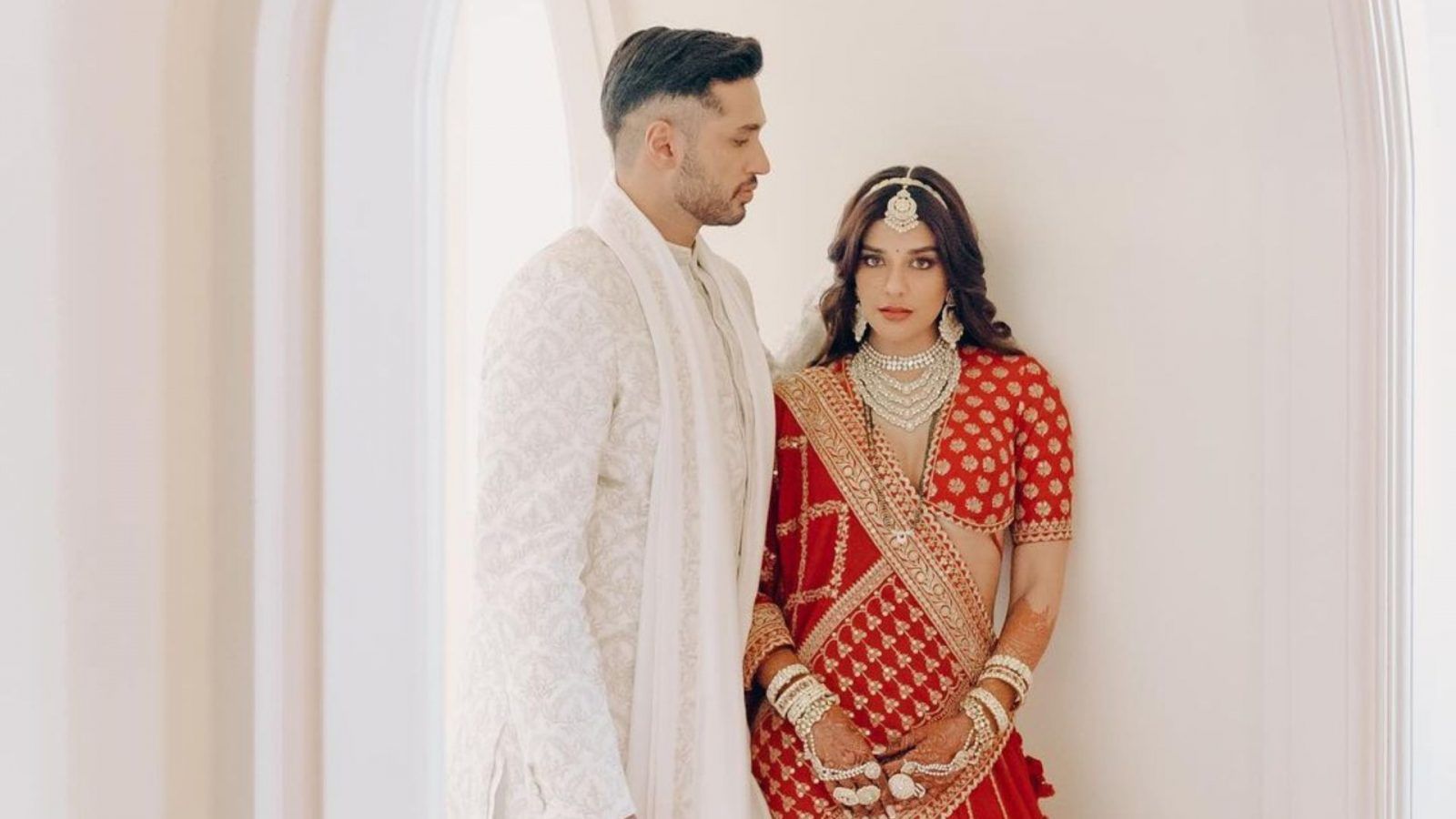 Popular singer Arjun Kanungo and his model-fiance Carla Dennis tied the knot on Wednesday, August 10, in a traditional Hindu wedding. As we wait for the official images to arrive, here are some dreamy pictures from the couple’s mehendi celebrations and a sneak peek into their wedding!

Arjun Kanungo, known for delivering hit tracks such as Baaki Baatein Peene Baad, Aaya Na Tu, Gallan Tipsiyaan and more, is set to marry is long-time partner, model Carla Dennis. The couple, who met while shooting the music video for Baaki Baatein Peene Baad, felt a spark between them and started dating soon after. Now, seven years later, this cross-cultural couple got married at a plush Mumbai hotel.

The singer looked stunning in an ivory sherwani, while the bride glowed in a stunning red lehenga. According to a Hindustan Times report, Arjun opted for an Anita Dongre outfit, while Carla turned to the ace designer, Sabyasachi, to dress her up on her big day.

On Wednesday, pictures from Arjun and Carla’s mehendi ceremony began floating on the internet, making waves across social media. The couple looked much in love as they posed for some dreamy shots. While Carla stunned in a soft pink lehenga, Arjun complemented her in an ivory sherwani set. The ceremony had a lot of industry friends in attendance, including actor Bobby Deol.

According to reports, Karan Johar’s plush South Mumbai restaurant, Neuma, will be the venue for the couple’s after-wedding party. The dress code is said to be ‘evening casual’, and several industry A-listers are set to attend the celebrations.

In a recent interview with Times of India, the singer opened up about his wedding date and said, “The marriage was long due. We were ideally looking at December 2022, but a few guests were unavailable during those days. I thought, why not just host a wedding next month if everyone is around. I know it is a little off-season, and the monsoon might make it inconvenient, but it was high time we got married; otherwise, it was just getting pushed.”

In the same interview, the singer added that Carla, who is a Christian from South Africa, has actually taken charge of their desi wedding. He also said that the couple will have a white wedding in the UK in 2023.