The savagery in these comments demands a burn ointment that’ll have to be used for days. There was a time when disparaging comments were overlooked by Bollywood biggies, but celebrities have now become rather vocal about shunning their trolls online. One of the most eloquent voices out there is Arjun Kapoor’s, who isn’t easy to amuse. Here’s looking at 7 times celebrities brought trolls down in size with their very righteous burns.

Arjun Kapoor and other celebrities who shut down trolls

Ever since Arjun Kapoor and Malaika Arora have gone public with their relationship, they have been trolled endlessly because of their 12-year age gap.

Recently in an interview with Masala.com, Arjun Kapoor opened up about how unbothered he is about trolls that target his personal relationship. He said, “I think that the media is the one who goes through the comments from people. We don’t even look at 90% of it so the trolling cannot be given so much importance, because it’s all fake.”

He proceeded to say, “Those same people will be dying to take a selfie with me when they meet me, so you can not believe that narrative.” Burn!

Arjun Kapoor’s BFF Ranveer Singh is not new to the media glare and endless trolling. Be it for his eccentric fashion choices or his undying high energy, Ranveer has been trolled quite a few times, and it always looks like he has no time to spare on trolls.

But it was during one of his Instagram live where he saw a lot of hate comments pouring in regarding his style and other things. He was a little taken aback at first but immediately responded, “Do you people not have some work or responsibilities to take care of? You should go and do something else rather than interfering in my life.” Neat and very effective! 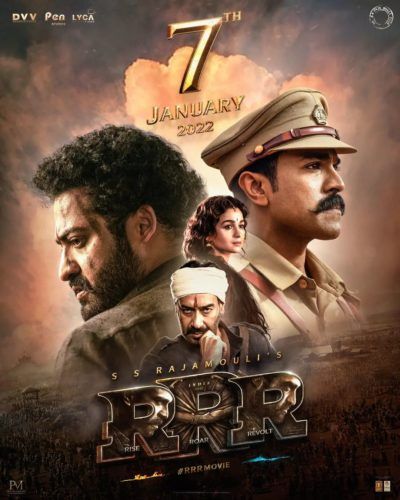 The ‘desi girl’ may have gone videshi, but she is still the person who has no time for nonsense. And when PeeCee hits back at trolls, she hits back in style! Back in the day, when Priyanka met Prime Minister Narendra Modi, she was mercilessly trolled and called out for her sartorial choice. She was wearing a thigh-high slit dress and looked like a lot of netizens were concerned about her showing legs.

Priyanka, being the boss she is, hit back with this picture. ‘Nuf said!

When the King himself decides to put on his wit game, it’s over for trolls. SRK is known for his wit and sarcasm and looking back at his interviews and Twitter interactions, we know why! There are multiple instances of SRK shutting down trolls and reporters, but this one takes the cake for us!

You are ill informed, immature and naive. Stop believing incorrect and bogus narratives. Think! Please, for your wife’s and family’s sake.

The man of class, style, humour and unmatched wit, Abhishek Bachchan’s Twitter is one of the most interesting Twitter feeds to be ion. Because the man doesn’t hold back when it comes to shutting trolls.

This one time a troll called him a “product of nepotism” but AB was not in a mood to take nonsense. This is how he hit back. Respect!

The man who can do it all, Karan Johar does not need an introduction. The director, actor, producer and talk show host is quite fun and is known to be able to take a joke on himself. But when someone crosses the line, he knows how to give it back.

This exchange between director Ram Gopal Verma and Karan Johar is GOLD and will never get old.

Ok sir. When are you giving me therapy sessions ??
And in the bargain also tell how to become an ‘expensive’ actor. Inflation Toh mere mein bhi hona chahiye na ‍♀️ https://t.co/PpcgHM86r3

A brilliant actor, Taapsee Pannu is one of the most bankable names in the industry today. With back to back hits, Taapsee is only getting better each day. And not just at her craft, but also at shutting down trolls.

A Twitter user called her a “cheap actor” and this is how the Haseen Dilruba actress responded. Calm, to the point and yes, she completely destroyed him!