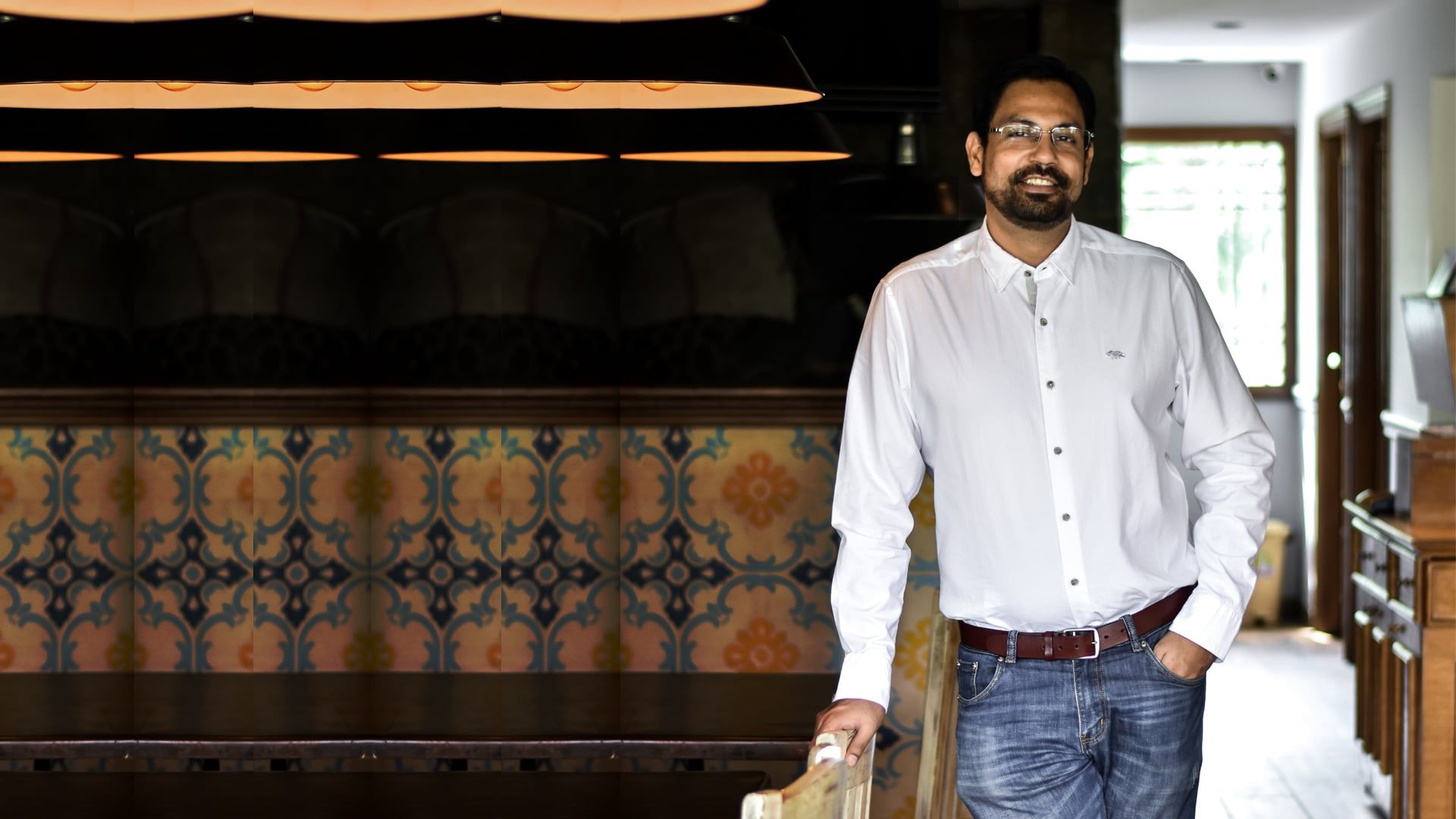 Culture
Arjun Sagar Gupta: The story of how one man created India’s top jazz bar
Share this article
Next article

If you are a 90s kid, you’ll know those Casio keyboards, the ones with the super tiny keys and the catchy 80s beats they played. It was darn cool stuff. At the brink of teenagehood, I used to walk around with that keyboard, transcribing everything I heard on the radio and on my brother’s cassette collection, till my grandma decided, one fine day, to gift me a proper keyboard.

It was a 61-key full-sized Yamaha. I started performing in school and inter-school competitions soon after. Fortunately, I had a decent ear, so I was able to figure out what to play without any knowledge of music theory. Our school band was pretty good, and we played a solid set, from Andrew Lloyd Webber to Joe Satriani, and even Queen! (playing ‘Bohemian Rhapsody’ was my crowning glory at 15).

How it all began

The first time I ever heard jazz was on Star World, a new channel at the time – there was an ad for some TV show, which had Tony Bennett singing a jazz standard. I loved it, but had no idea what is was, who the singer was, or what the song was called. My brother stepped in and found out the details; soon after he gifted me a CD that pretty much changed my life. It was ‘Louis Armstrong sings W.C. Handy’s Blues’, and, oh man, it was some life-changing stuff. I became obsessed with this style, those rich melodic lines, strong harmonies. And Louis’ voice! That is where my love for jazz began. Till date, it remains one of my favourite albums, partly because it makes me nostalgic, and partly because it’s just bloody brilliant.

Jazz was initially a sound I enjoyed, and it slowly started becoming a culture I loved. As I read and learned more about the roots of jazz, it only served to enhance my appreciation for it. My favourite artist is Art Tatum, because of his melodic and harmonic diversity; other include Bill Evans, Oscar Peterson, Fats Waller, Chet Baker, Louis Armstrong, Ben Webster, and Ruben Gonzales.

What’s in a name? Sometimes, everything

Even through all this, not in my wildest dreams did I imagine that my professional life would ever involve jazz. In 2010, four years after I finished my engineering, I entered the F&B industry with a bakery and base kitchen in Gurgaon. In 2012, I open our first cafe in Basant Lok, Delhi. When it came to naming it, we had a Whatsapp group that I fondly recall as the ‘group of cafe names from hell’. It was one afternoon not long before we launched that my family and some friends were sitting in our house and I was tinkering around on the piano, because no name clicked. That’s when my dad said, “What about ‘The Piano Man’?”. It stuck, and then it grew. Every minute it grew a little more and planted solid roots in our hearts.

Culture
Meet Kavya Trehan: The creative multi-hyphenate with a core grounded in music

What’s in a name? Well, sometimes everything. I firmly believe that having picked the right name brought us eventually to The Piano Man Jazz Club, and allowed us to have the impact that no other name would. It also built the brand in our minds for us.

TPMJC was a make or break situation for us. We were facing major problems in both our smaller cafes, and were on the verge of exiting the F&B game (I was ready to go back to a 9-5 and pay off my debts accumulated over time). But we wanted to give it one more chance, no holds barred. To build a property with no one’s interference and run it the way that we believed it could run. It was scary, it still is. We took out a massive loan, reached out to build as strong a team as we could, created a concept that was relatively unheard of in the market, and hit play. Many people told us that a model like this would never run. But here we are, three years old, with past performances from the likes of Kekko Fornarelli, Malika Tirolien, and Worldservice Project, our annual jazz festival on a roll, and our next club having just opened in Gurgaon.

This is a stressful business, and tough, and results in many sleepless night, but I feel proud of what we’ve been able to achieve so far, and I know there is a much longer path ahead of us than behind.

Jazz and food are two passions of Arjun Sagar Gupta’s life. His club, The Piano Man Jazz Club is one of Delhi most popular spots, and has hosted multiple editions of the Giants of Jazz festival. Apart from TPMJC, The Piano Man Bakery, Dirty Apron, and The Piano Man Events and Artist Management Company keep him busy.

Music
Sign up for our newsletters to have the latest stories delivered straight to your inbox every week.