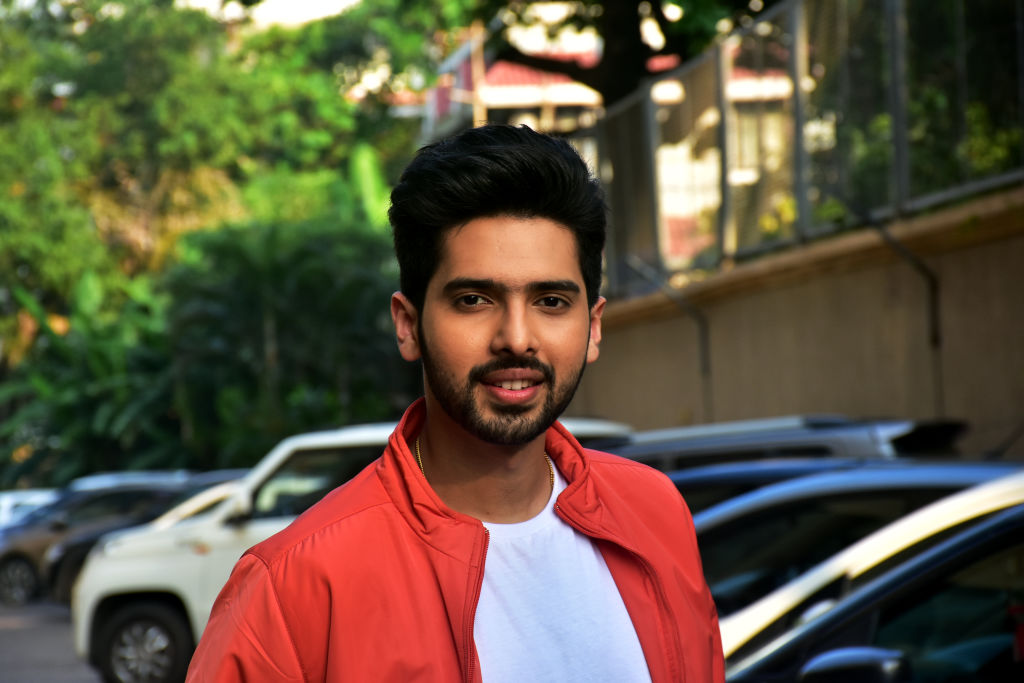 With three smashing singles this year, Armaan Malik is taking India to the world

Culture
With three smashing singles this year, Armaan Malik is taking India to the world
Share this article
Next article

One of Bollywood’s top artists, singer-songwriter Armaan Malik released his new single, ‘Zara Thehro’ last week. As the song continues to list in YouTube’s ‘Top 10’, the 25-year-old talks about his journey to becoming India’s music superstar.

With over 14.6 million views in one week, Armaan Malik’s ‘Zara Thehro’ is one of the biggest breakout singles of 2020. What makes this melody, which alludes to old-school romance, special? The song and video were conceptualised and executed during the lockdown in India. That means it is a no-frills video, with Armaan crooning in front of a black screen, though that has only made fans love the video more for its simplicity. His mic, delivered to Armaan’s home just two days before lockdown, was all the professional equipment they had for shooting. “We shot with so much difficulty, and on a phone. There were many shortcomings. So for us to get this kind of response is great.”

The song also saw his father, veteran music composer Daboo Malik, and brother Amaal, join in as director and composer, respectively. “This is the biggest project we’ve come together for. Dad had this whole vision where he wanted black and white tones…a very simplistic approach. And you can still feel emotions through the way it’s shot.”

Before ‘Zara Thehro’, Armaan has already had two smashing singles this year. ‘Control’ marked his foray into English language songs in March, and resulted in an appearance on the Spotify Times Square Billboard in New York. An upbeat love song, it had him moving beyond his signature ballads. His next release, in June, was the equally popular English number ‘Next 2 Me’, which captured the forlornness of loved ones separated due to the global lockdowns. These were released under Arista Records, a subsidiary of Sony Music, which also has artistes such as Alicia Keys, Usher, and Pink. With over 32 million views combined, the two songs are the biggest hits by an Indian singer this year.

“Singing in English has been something I wanted to do for a very long time,” he shares. However, Armaan, who started working at the age of eight, doesn’t believe in process without thought – he was told by his father at an early age to gain a fan base in his home country first “and then use that whole force to push out internationally”. His venturing into the international landscape also involves a ‘Billboard Live At-Home’ performance last month — he follows in the footsteps of artistes like Jesse McCartney, Hozier, and Natasha Bedingfield. Armaan sang ‘What In The World’, a song about the pandemic and a need for reflection.

“There’s always been a notion in our country that our singers don’t have the right accent or can’t sing or are just not cool enough. I feel there are so many Indian singers who sing in English beautifully and a lot of them are scared to take the chance because you’ll always see Bollywood being the giant and English music being one percent of the consumption. But that’s changing with the younger audience. Some of them don’t even listen to Bollywood.”

It had always been Armaan’s dream to make India proud, part of which he realised by making an appearance on the Times Square billboard. Working on this dream for 17 years, Malik started by winning hearts on ‘Sa Re Ga Ma Pa Lil Champs’ and singing popular children songs like ‘Bum Bum Bole’ (‘Taare Zameen Par’). At 10, he was sharing demo CDs with music producers. Not a surprise given his lineage—apart from his father, he is the nephew of Bollywood music director Anu Malik. But he credits his mother for his success. “She was actually the one who pushed me. She’s this genius who is non-musical but so sharp business-wise. She’s made me who I am today.”

Being passionate about what he wanted in the long run came with its challenges. “I was doing half day at school, half day in the studios. I missed out on cool things like friends’ birthdays, parties, and hanging out, having fun—that element was really missing in my life.” He was even bullied at school for being too career-oriented.

But Malik emerged as one of India’s top singers. His first hit as an adult was ‘Main Hoon Hero Tera’ (‘Hero’) and then a multitude followed, including ‘Bol Do Na Zara’ (‘Azhar’) and ‘Tumhe Apna Banane Ka’ (‘Hate Story 3’). He’s also won the Filmfare RD Burman Award, and has been the youngest singer to win awards like Star and Global Indian Music Awards. Today, he has 21 million followers across his social media, and is dedicated to his craft.

Doing new, different things — be it voice overs for ‘Aladdin’ or singing ‘The Lion King’ song in Hindi — to maintain the momentum, is what he’s all about. In fact, he looks forward to trying his hand at acting in an OTT production sometime soon. Tapping into what the audience wants even before they recognise it for themselves, and working towards it, is what has put Malik on the global map even before he hit the quarter-life milestone.

Though he does recognise the importance for pausing from the non-stop work, Armaan is also ready to make the most of 2020. “I have sung for quite a few Bollywood movies, which will be releasing soon, and am going to go all out with singles this year. A few life-long dreams of mine hope to come true this year, and kind of change the shape of Indian music.”

Artists Music bollywood Singers Indian Music Armaan Malik
Megha Uppal
Associate Editor
An innate love for travel and food has translated into many a trips since childhood for Megha; it also fed her curiosity to know about local cultures. When not writing, she is on the lookout for three things: A great dark chocolate dessert, a beautiful pool where she can practice her backstroke, and art that she can save up for.
Travel Culture Food Drinks