Home > Culture > Entertainment > The best KK songs for every mood 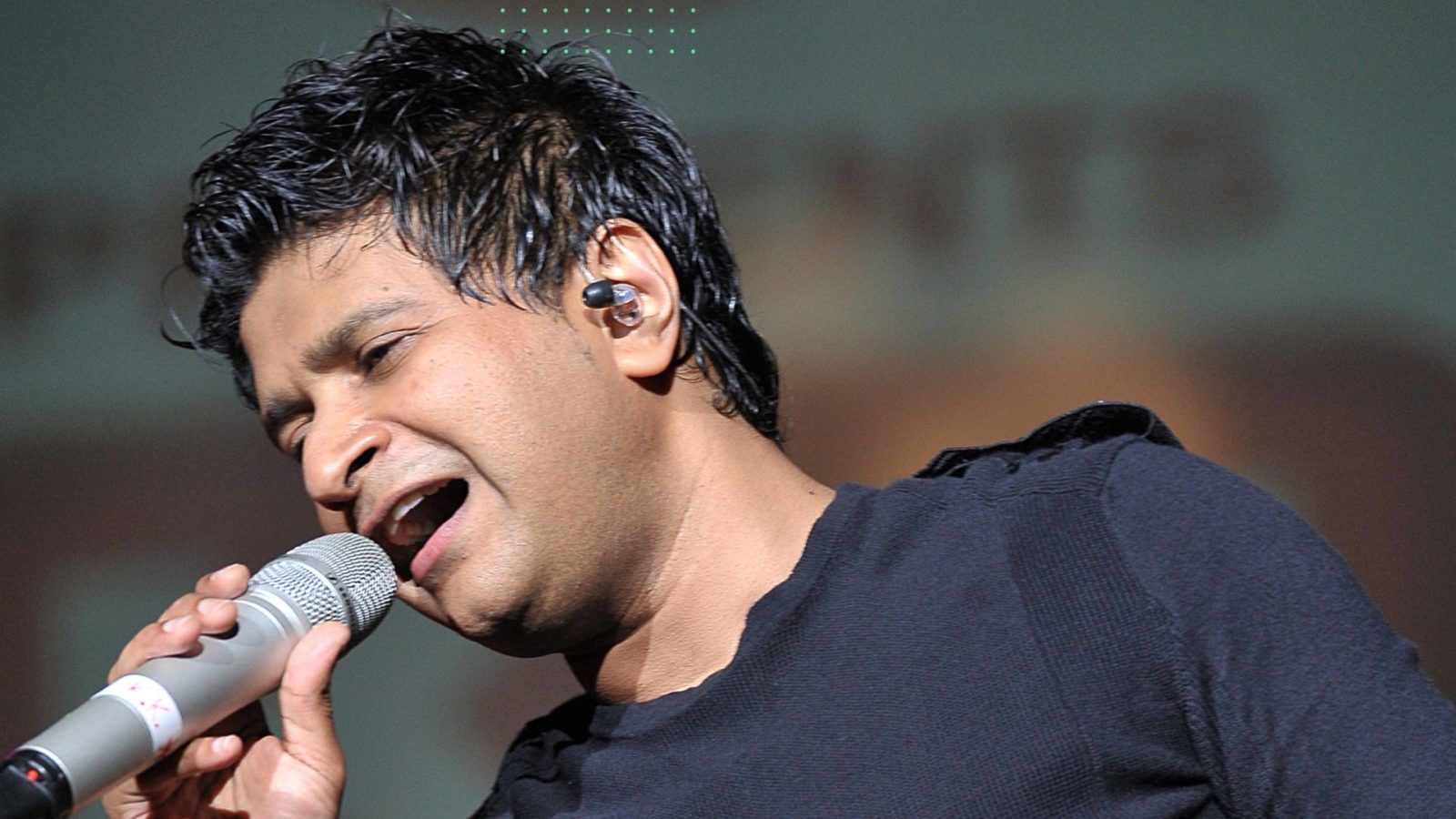 The best KK songs for every mood

KK or Krishnakumar Kunnath, famous for his tracks such as Pyaar Ke Pal, Hai Junoon, Yaaron Dosti, Zara Si among others, lost his life at the age of 53. We take you through some of the most popular songs KK sang, that will take you through love, longing and more.

The singer passed away in an untimely death late night on May 31, when he felt unwell after a concert at a Kolkata college, writes The Hindu. He was immediately rushed to a hospital, where he was declared brought dead. The singer was just 53. As the news spread, thousands of fans and well-wishers, including his industry colleagues, actors and personalities such as PM Narendra Modi, took to social media to express their shock and grief at KK’s sudden demise.

KK’s songs have been a major part of every ’90s kid, teaching them romance, love, heartbreak, friendship, hope and so much more. His fresh, young voice wooed not just teenagers, but adults alike, playing on loop on their iPods, Walkmans and more, and blasting through radio stations, making many believe in the innocence and the power of love. I vividly remember jamming to Hai Junoon while rehearsing for a performance back in school, singing along to O Meri Jaan and feeling lovelorn as Abhi Abhi played on the radio.

While we wish there was a way to bring the ‘voice of love’ back, his music is something that will stay alive in our hearts, and will continue to teach new lovers about the innocence of the feeling. His music will help generations cope with heartbreaks, and KK’s songs will continue to give hope when times seem tough. So, as a tribute, we take you through some of the most popular songs by KK that you can listen to, no matter your mood. While we know just a handful of tracks aren’t enough, these songs will transport you into an era when you were young, wild and carefree, and we hope

Best songs by KK for every mood

Probably the first among the songs by KK that everyone turned to, after hearing of his passing was Pyaar Ke Pal. The soulful track, which highlights longing and love, fits not only just as a love anthem, but is a track that one turns to when remembering old friends, reminiscing about memories with a loved one, remembering family and so much more. ‘Hum, rahe ya naa rahein yaad aayenge yeh pal‘ is what has played in the backdrop of countless farewell videos and remembrance messages, and is now synonymous with the feeling of missing someone and getting nostalgic about fond memories of the past.

We felt Sameer’s (Salman Khan) pain as he was asked to leave Pundit Darbar’s household in Hum Dil De Chuke Sanam, after he fell in love with Nandini (Aishwarya Rai Bachchan). ‘Gham ke khazane milte phir, milti hain tanhaiyan‘ is just one of the many poignant lines in the song, depicting the pain and suffering not just of the characters in the movie, but many who have been forced apart or who have been hurt in love.

The quintessential song for romance, Aankhon Mein Teri is a track that depicts admiration and awe in meeting someone you have feelings for. The track, featuring Shah Rukh Khan and Deepika Padukone in the latter’s debut film, Om Shanti Om, shows how Om, a junior artist in movies, sees his favourite actress, Shantipriya, for the first time, and is lovestruck. This is one of the songs by KK that thousands of young boys and girls have played over generations when they develop a new crush or are just in the beginning phases of their relationship. ‘Teri nazron ne dil ka kiya jo hashar, asar yeh hua; abb inn mein hi doob ke ho jaau paar, yahi hai dua‘ depicts this innocent young love, which knows no conditions.

One of the most popular songs by KK, Labon Ko was the love track in the 2007 hit Bhool Bhulaiyaa. The track, with its slightly mature theme, is great for those looking for some romantic background music on a date to set the perfect mood, or for those who want to take their relationship to the next level. The words ‘haya ko zara bhool jaao, mere hi tarah pesh aao‘ are directed at the lover, who is probably a bit shy in taking this step forward in their relationship, while her partner eases her into the same.

No school or college farewell is complete with a performance on Yaaron, and it is a track that makes its way into high school reunions, meet-ups and a lot more. The words ‘Teri har ek buraai pe daante voh dost, gham ki ho dhoop toh saaya bane tera voh dost, naache bhi voh teri khushi mein‘ highlight what friendships are all about, while the latter half of the song talks about the simplicity of high-school romances with exchanging glances and passing notes to one another.

Picturised on Shiney Ahuja and Kangana Ranaut, the song is a realisation of love and the emotions young lovers go through when the feeling hits. ‘Tere hi sapne andheron mein ujaalon mein, koi nasha hai teri aankhon ke pyaalon mein‘ is just one of the many emotions that hit us when we fall in love, and KK’s soulful voice captures it perfectly with its youthful texture and the song’s fun beats.

The video of this soulful track takes us on a visual journey of people at various stages of their lives and different backgrounds fall in love. From Dharmendra-Nafisa Ali to Irrfan-Konkona Sensharma, the song features the many couples in the movie, and the opening lyrics ‘dil khudgarz hai, phisla hai yeh phir hath se‘ depict the beginnings of a promising romance, complete with its demands, challenges and more.

There are several songs on mothers, but KK’s Meri Maa, from the movie Yaariyan, hits different. ‘Ek chhoti si phoonk se teri, Sabhi dard mere hote thay ghum‘ hits home, as all our childhood, mothers took care of every little nick and consoled us through every single stitch we received. If you live away from your mother, this track will definitely make you pick up your phone and call her instantly.

One of KK’s lesser-known songs is Ab To Forever, from the movie Ta Ra Rum Pum. The song, which RV (Saif Ali Khan) sings to woo Radhika (Rani Mukerji), is a peppy number that is perfect if you’re also in the initial stages of your romance. The song is a fun banter between the two characters, and is a great track to groove to.

One of the first heartbreak songs that the ’90s kids listened to was Sach Keh Raha Hai. Picturised on R Madhavan and Dia Mirza in Rehna Hai Tere Dil Mein, the song depicts lovelorn individuals like none other. The background score is instrumental in bringing out the pain of a broken heart, and lyrics such as ‘maine har lamha jise chaaha, jise pooja, ussi ne yaaron mera dil toda toda, tanha tanha chhora‘ is an emotion many will relate to.

Tu Hi Meri Shab Hai was one of my first brushes with non-Shah Rukh Khan-style romances. The track, a soothing, soulful number, has taught an entire generation of young boys about love and how to propose to their loved ones, and lyrics such as ‘tu ban gaya hai mere jeene ki ek wajah‘ hit home on another level.

One of the most popular songs by KK is Hai Junoon, from the movie New York, and this is yet another track that has made its way to inspirational videos, messages and farewell tunes. I remember playing it at a competition once, and the rehearsal sessions were made fun because of the positivity the song exudes. Lyrics such as ‘yaaron, jo khud pe ho yakeen, toh zindagi haseen, tujhe kal bulaayega‘ exude positivity and give hope that life indeed is beautiful. The track gives way into darker themes in the movie, but in real life, this is a song we turn to when times are tough, because there’s a vigour and joy in living life, and that is what one needs to remember.

Yet another song that taught us love is Zara Si. ‘Mai chaahun tujhko meri jaan bepanah‘ is what we wanted our lovers to sing for us, and KK’s soothing voice added layers of romance and charm to the number. This, complete with a complex background score, helped us feel emotions we didn’t know we were capable of, and allowed us to express our love in ways more than one.

Tu Jo Mila is as much a romantic number as much as it depicts feelings of love towards family— whether one’s own or those found accidentally, like Bajrangi and Munni in the movie Bajrangi Bhaijaan. ‘Rooth jaana tera, maan jaana mera, dhoondhte teri hasi, mil gayi khushi‘ are words that cannot put a father-daughter relationship any better, and the video will make you want to call up your parents (or even lovers, as the track lends itself well equally in a romantic situation) right away!

Music Romantic 2019 hindi movies Bollywood Music romance KK songs bollywood songs
Anushka Goel
Anushka likes to spend her time reading, scrolling through Instagram for some travel inspiration or looking after her plants. She loves reading about the latest skincare and makeup but tries to make mindful choices and live sustainably.
Sign up for our newsletters to have the latest stories delivered straight to your inbox every week.