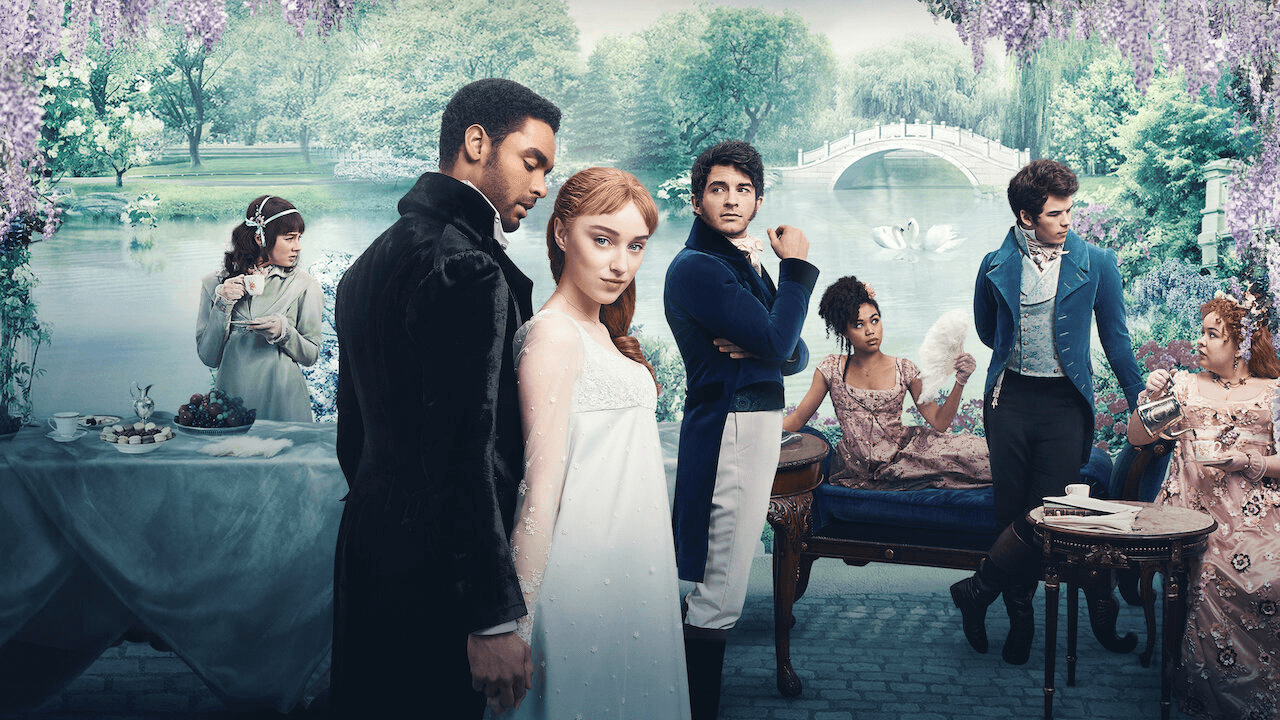 While we spent much of our time in quarantine this year due to the coronavirus pandemic, we owe it to the various OTT platforms for bringing us the good times via their content. Here’s a round-up of the best OTT shows in 2020 that kept us entertained through and through. 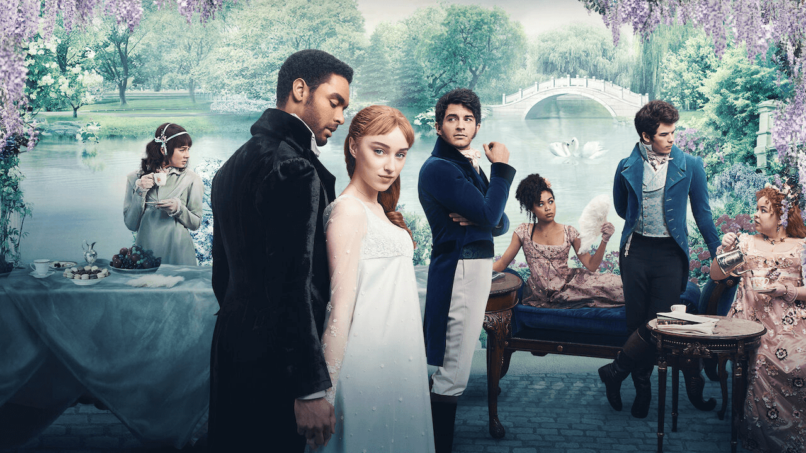 To sum it up, Bridgerton is the Gossip Girl of the Regency Era in England. Here, we have a rather high-brow version of Gossip Girl called Lady Whistledown. Based on Julia Quinn’s best-selling novel series by the same name and produced by Shonda Rhimes, this eight-series period drama explores topics such as love, friendship, sexual liberation, and queer acceptance beautifully. 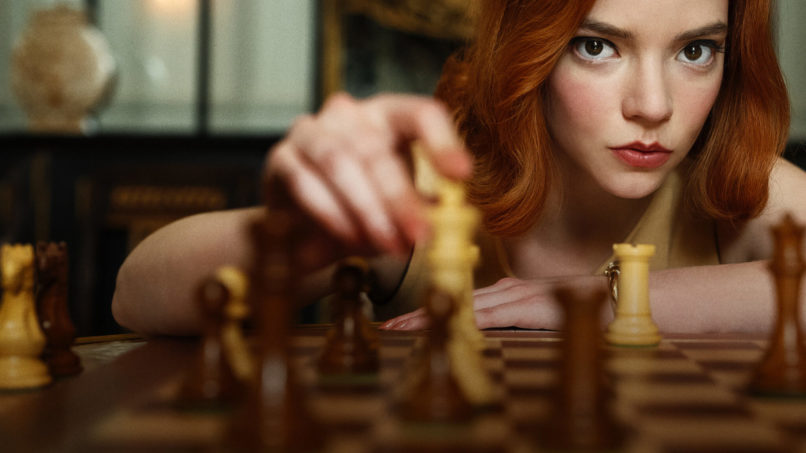 Love chess? You’ll love The Queen’s Gambit. But even if you are not a player, you’ll enjoy this impeccably crafted, beautifully shot, and steadily paced seven-part series on an orphan girl who rises in the 1950s male-dominated world of US chess. Based on the 1983 book by Walter Tevis, The Queen’s Gambit, named after a chess move, follows the life of chess prodigy Beth Harmon. 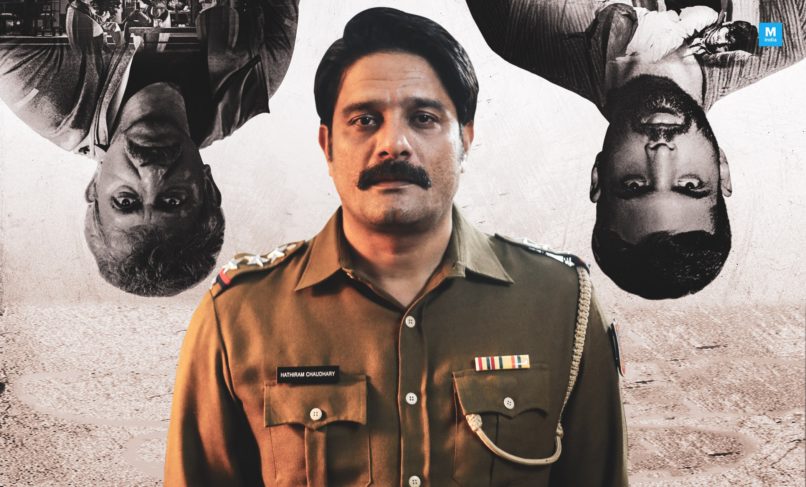 This Anushka Sharma-produced nine-episode series is by far the biggest thing to come out of OTT platforms this year — it swept the Filmfare OTT Awards, and brought fresh faces such as Jaideep Ahlawat and Abhishek Banerjee to our notice. Loosely based on journalist and publisher Tarun Tejpal’s 2010 novel The Story of My Assassins, the series underlines an assassination gone wrong, triggering a series of gut-churning and thought-provoking events. 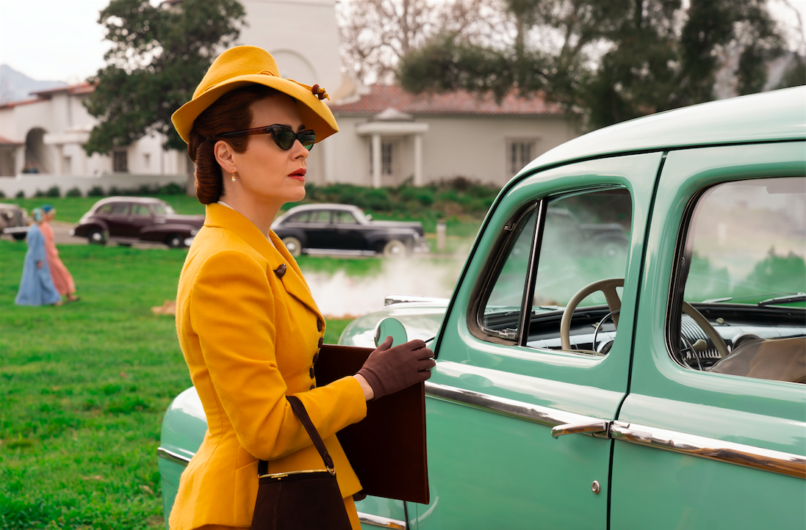 If you have seen the 1975 hit movie One Flew Over The Cuckoo’s Nest, a film based on a psychological thriller novel by Ken Kesey, then Ratched on Netflix is one to watch. The eight-part series delves into the life of Nurse Ratched and her character development as an evil sadist. Besides the story, it is the befitting cast (Sarah Paulson, Finn Wittrock, Cynthia Nixon, Sharon Stone) that catches your attention. 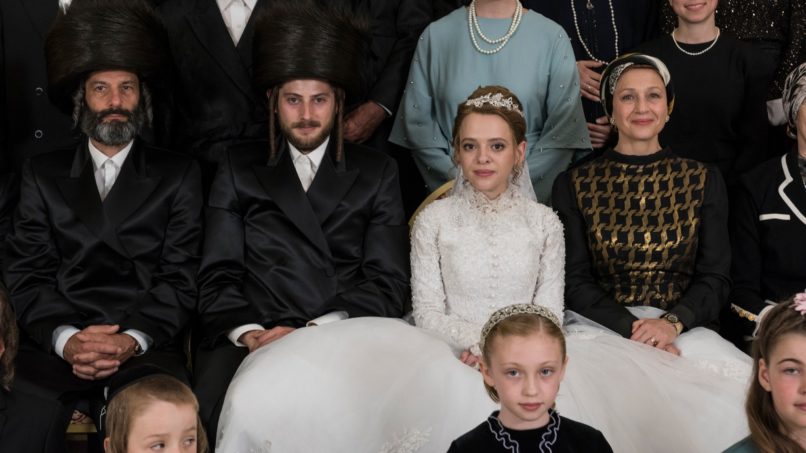 This is one of those rare gems on Netflix, which you can’t miss, and it has already garnered eight Primetime Emmy Award nominations. Unorthodox is Netflix’s first Yiddish mini-series about a 19-year-old Jewish woman, living unhappily in an arranged marriage among an ultra-Orthodox community in New York. The four-episode show underlines topics such as freedom, identity, feminism, and love and friendship. 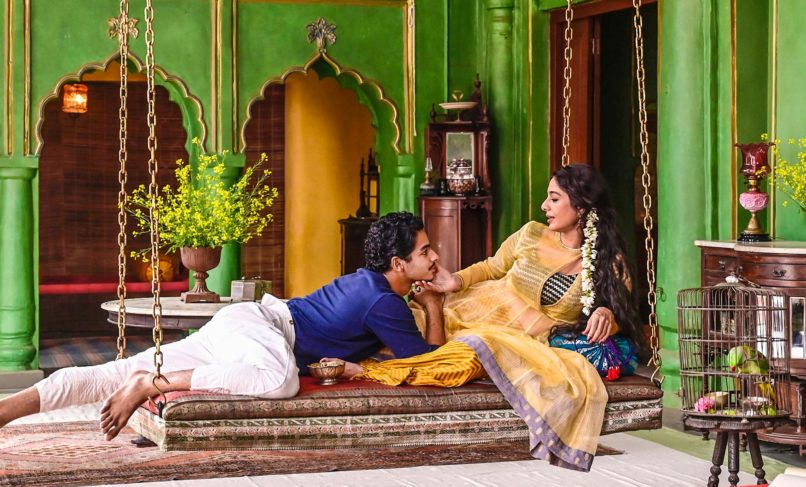 Set in a newly post-independence, post-partition India, A Suitable Boy is a BBC television series, based on a novel by Vikram Seth by the same name, adapted by Andrew Davies and directed by Mira Nair. The six-part series encapsulates the Hindu-Muslim strife post-partition and its effects on the lives of the three main characters — Lata Mehra, Maan Kapoor, and Saeeda Bai. 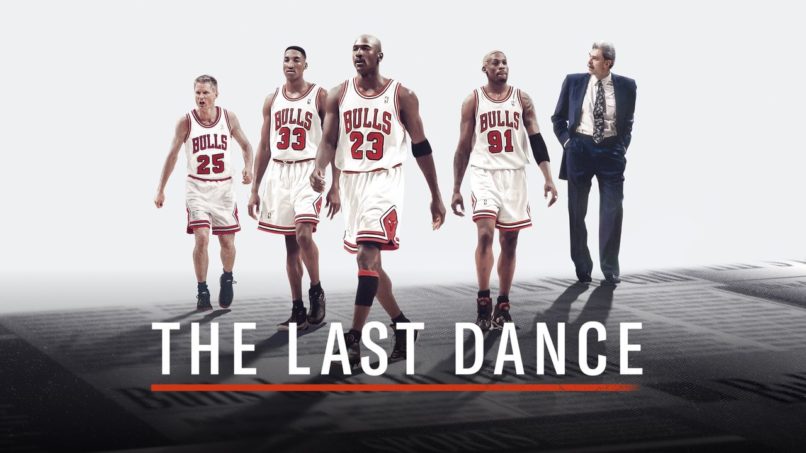 Featuring NBA personalities including Jordan, Scottie Pippen, Dennis Rodman, Steve Kerr, and Phil Jackson, The Last Dance is the year’s best sports documentary, in our opinion. The 10-part documentary series takes us back in time, using the ’97-98 NBA season as a backdrop, to showcase the amazing journeys of Michael Jordan and his team Chicago Bulls, and instead of celebrating the story of the champion we know, it tells us an even greater story – the making of that champion.

Culture
Not caught up with Netflix’s ‘The Last Dance’ yet? Here’s why you should 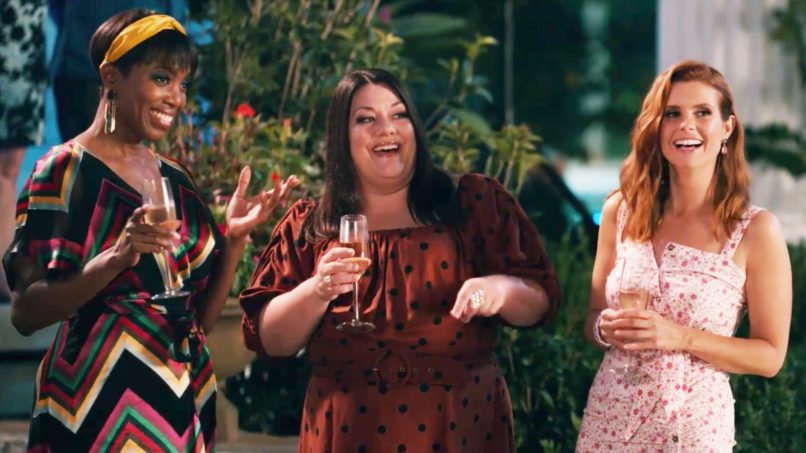 As the first half of its name suggests, Sweet Magnolias is a sweet 10-episode romantic drama series. Based on a novel by Sherryl Woods, it encircles the lives of three best friends (JoAnna Garcia Swisher, Brooke Elliott, and Heather Headley) in Serenity, a small town in South Carolina, as they juggle family, friendship, and careers together.

Never Have I Ever (Netflix) 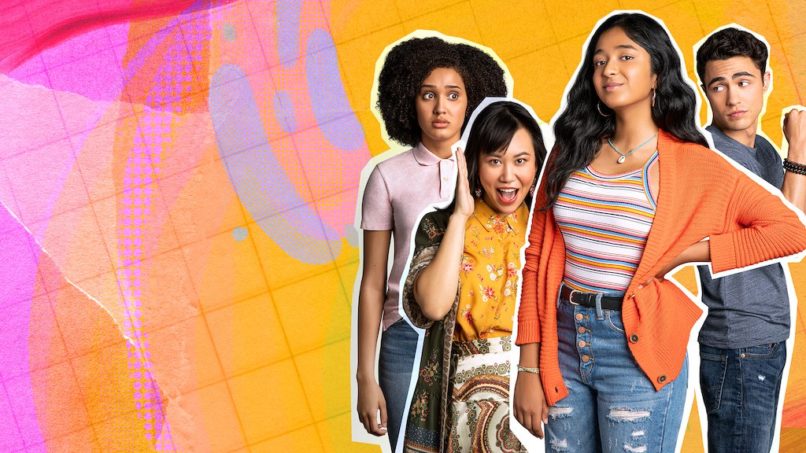 A coming-of-age teenage drama by Mindy Kaling on Indians? I mean the story and the cast sell itself. Not to mention that this 10-episode series has been described as a watershed moment for South Asian representation in Hollywood. The story centres around Devi Vishwakumar (Maitreyi Ramakrishnan), an Indian-American high schooler, and her daily challenges. 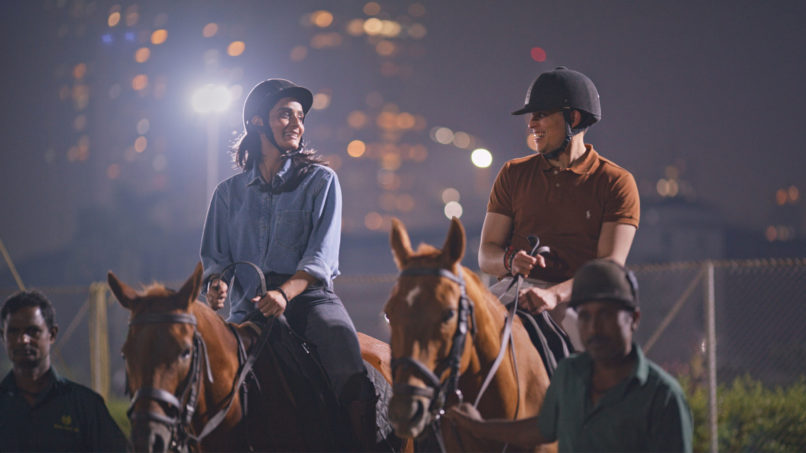 One of the most talked-about shows in India, Indian Matchmaking was definitely a conversation-starter of the year. The reality series, produced by Smriti Mundhra, zooms in on the lives of six individuals and their journey to finding the perfect match, with the help of the parents and an Indian matchmaker from Mumbai, Sima Taparia. The series questioned the many loopholes in our society when it comes to finding the right person to spend your life with.

Culture
‘Indian Matchmaking’, the show that got too real for comfort 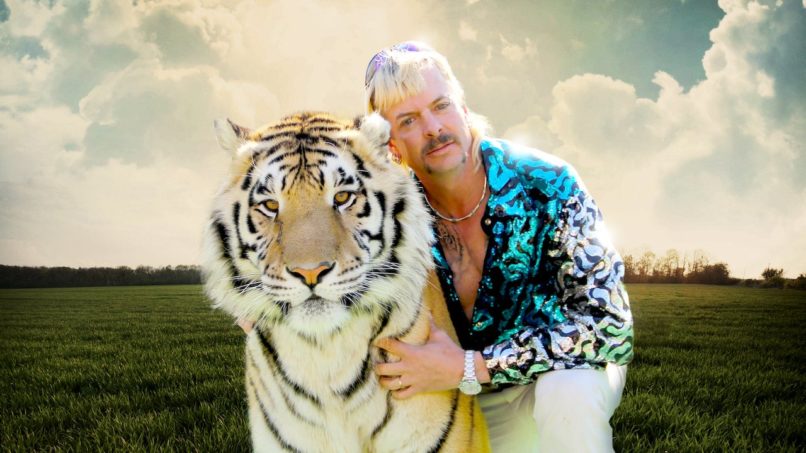 Tiger King: Murder, Mayhem and Madness is a true-crime documentary miniseries about the life of zookeeper Joe Schreibvogel aka Joe Exotic, the owner of a private zoo with over 200 big cats. The story reels you in and leaves you feeling queasy. The larger than life persona, polyamory, suicides — the show brings you harsh realities that are hard to digest. 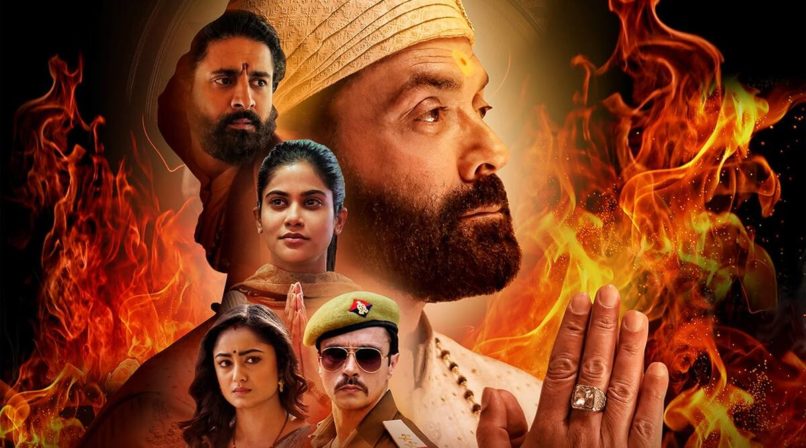 If there were an award for the best television comeback after a decades-long career in mainstream Bollywood, we’d give it to Bobby Deol. The two-season crime drama by director Prakash Jha takes us into the life of Baba Nirala, a self-proclaimed godman, in reality a conman. Baba Nirala’s portrayal reminds us of the many cases of fake godmen we’ve already seen in this country.