Home > Culture > Entertainment > The ‘Green Life’: Did you know these Bollywood celebrities are vegan? 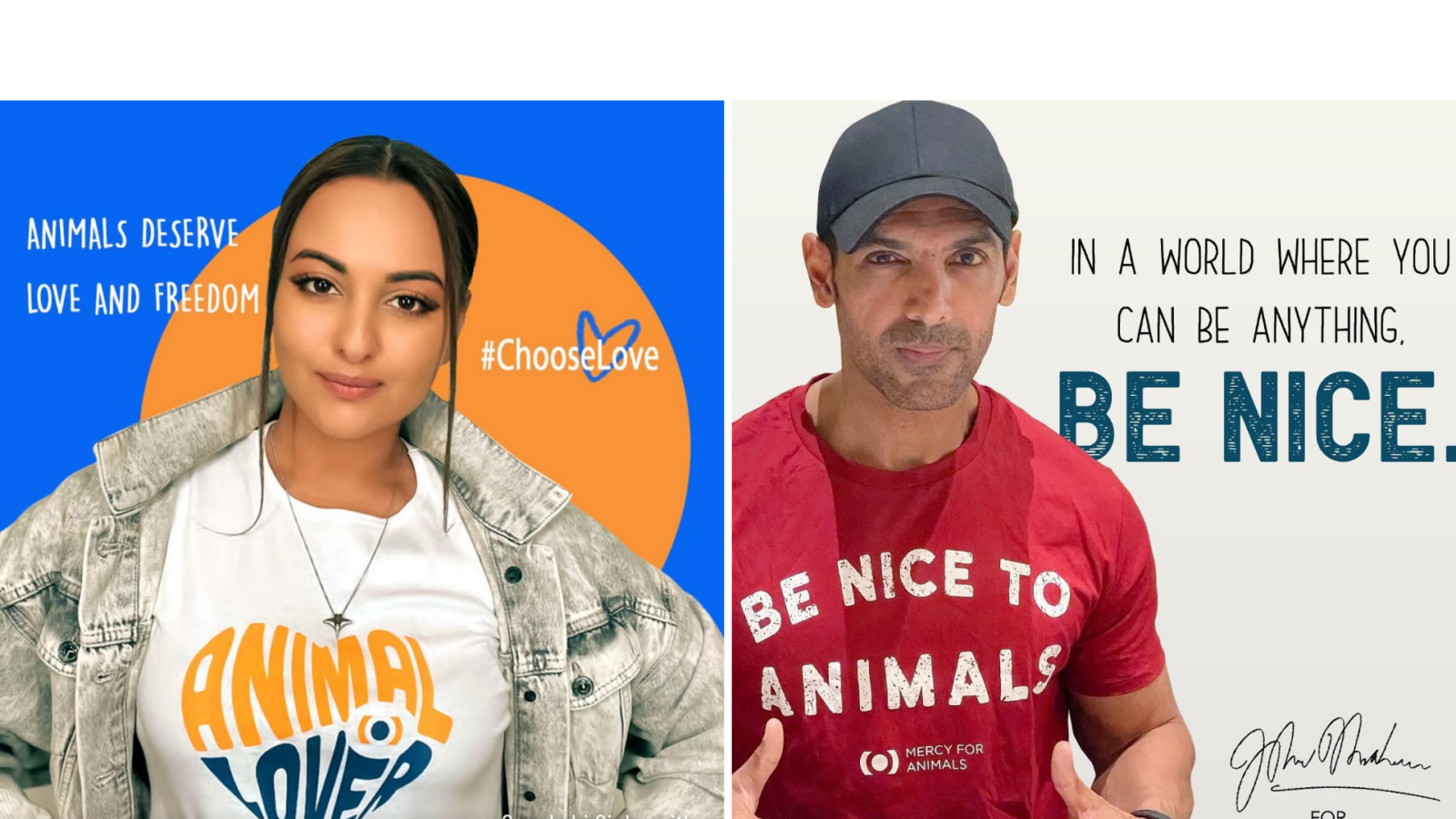 Culture
The ‘Green Life’: Did you know these Bollywood celebrities are vegan?
Share this article
Next article

Numerous stars have turned vegan over the years, either for health reasons or their love for animals. Check out all the Bollywood celebrities who became vegan.

Celebrities are always finding a way to live and lead a healthy lifestyle. Some might think that being non-vegetarian is the way to lead a healthy life, but many stars have shown otherwise. Many Bollywood celebrities became vegan but were avid meat-eaters once upon a time. To live a more healthy life, not only did they decide to give up on meat, but they also decided to give up on all dairy products. Many of the mentioned stars come from strongly non-vegetarian families, so it came as a surprise when we found out they are vegan. If vegan diets are helping these stars stay fit and happy, we are undoubtedly rooting for them through their journey. Since we now know which Hollywood celebrities are vegan, it’s time we delve into the ones in Bollywood.

Bollywood celebrities who are vegan

R. Madhavan is one of the Bollywood celebrities who became vegan but was initially only a vegetarian. It means that although he didn’t consume any meat, to begin with, he stopped his consumption of dairy products, too. Throughout his career, he has shown support for animal rights. In 2012, PETA named him the ‘Person of the Year’.

A Bollywood celebrity who became vegan with having motivation and company when they chose the path is Aamir Khan. His former wife and director-producer Kiran Rao had also turned vegan around the same time as him. Aamir Khan allegedly became vegan after watching a video shown by Rao that depicted diseases that kill people and how dietary changes can help. As someone who once relished fish, chicken, and all things meat, it might have been challenging to give it up along with dairy products too. He has admitted to missing eating curd.

You might think that with a body like John Abraham, there’s no way this Bollywood celebrity became vegan. He believes that meat is not needed to bulk up, and clearly, that’s working out for him. John became vegan in favour of animal rights and his affection for them, like numerous other stars. He starred in a ‘Mercy for Animals‘ Ad campaign, encouraging people to stop animal cruelty.

Sonam Kapoor is another one of the Bollywood celebrities who became vegan and got crowned by PETA. They crowned her as the ‘Hottest Vegetarian of 2016’ and ‘Person of the Year’ in 2018. She has always been vocal about her love and support for animals, the reason behind her turning vegetarian at first and then vegan. Since she comes from a Punjabi background, she was an avid non-vegetarian who soon became vegetarian and later vegan due to being lactose intolerant. On her Instagram, Sonam Kapoor shares vegan recipes, and Pooja Dhingra of Le 15 also acknowledged how the healthy items on her menu are Sonam Kapoor driven. Sonam also promotes her vegan lifestyle through her clothing line and fashion.

Shraddha Kapoor is a Bollywood celebrity who became vegan in 2019, considering her love for animals. She was crowned ‘The Hottest Vegetarian’ in 2020 by PETA. Shraddha Kapoor once said that she is a smart-eater and that with her love for good food, she finds the right balance by working out. It shows that someone who loves food can also be vegan. She loves herself some Bhindi and enjoys simple, plant-based foods.

Richa Chadha is a vegetarian turned vegan who’s been quite vocal about eating plant-based meals. Although she grew up in Delhi, she had always been a vegetarian who slowly started getting sick of dairy as she realised how the dairy industry functions. The Bollywood celebrity who became vegan didn’t find her transition too challenging except while travelling, but the healthy lifestyle she is now leading makes it up for her.

A Bollywood celebrity who became vegan for the same reason many transitions— against animal cruelty is Sonakshi Sinha. Sonakshi adores animals and does all she can to diminish animal cruelty, like turning into a vegan. Sonakshi credits her vegan diet for her fitness and weight loss.

It hasn’t been too long since Shahid Kapoor became vegan. Shahid Kapoor first started as a vegetarian upon reading Brian Hines’ Life Is Fair, a book gifted by his father, Pankaj Kapur. PETA also named him ‘Asia’s Sexiest Vegetarian’ back in 2011. He is a Bollywood celebrity who became a vegan by gradually transitioning from vegetarianism. As an example, Shahid proves that you can build muscle and look chiselled without consuming meat or milk products.

Malaika Arora in 2020 took to Instagram to reveal that she’s vegan, participating in a challenge #whatsinyourdabba. The Bollywood celebrity who became vegan not too long ago is one of Bollywood’s fittest actresses. In the challenge, she shares a vegan recipe for zucchini noodles, and she states how her options have become limited since turning vegan. Malaika posted another photo, donning a green dress, captioning that she takes being vegan very seriously. It seems that the vegan diet is undoubtedly helping her stay fit.

Alia Bhatt has allegedly become vegan in recent times. We all know her love for animals, especially cats, so it isn’t much of a surprise that she is vegan. Not only is Alia allegedly a Bollywood celebrity who’s vegan, but the star also founded the animal charity organisation CoExist, which works towards the welfare of stray animals in India. It is another reason that makes it highly likely that she is vegan.