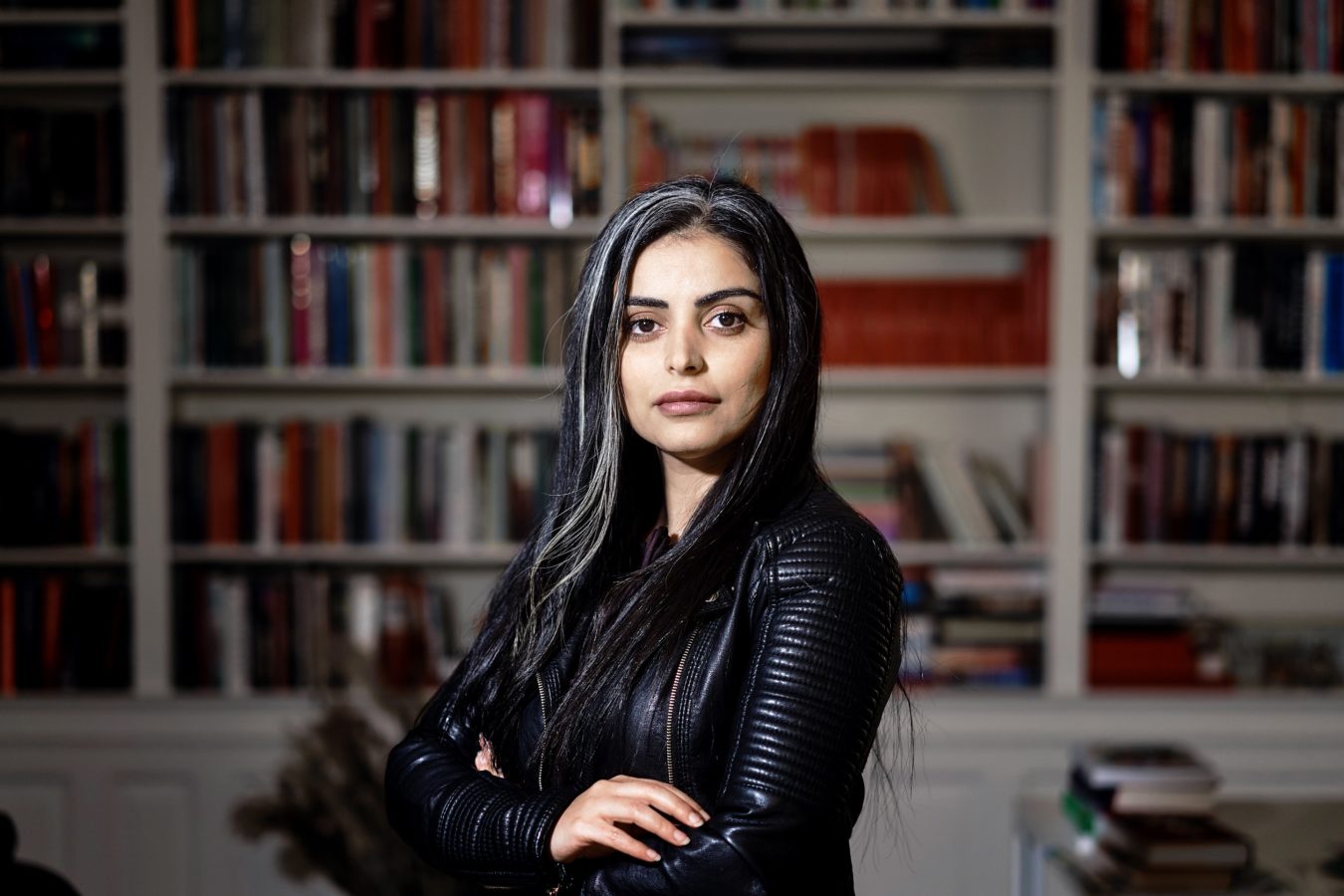 Danish author Sara Omar is someone who isn’t afraid to challenge the norms. She was born amid the horrors of war in Iraqi Kurdistan, and that experience allows Omar to now use her voice to denounce violence inflicted on women in the name of reactionary Islam, a ‘calling’ that has left her living under police protection.

“I broke the taboo. I talk about the things you are not supposed to talk about. If I don’t do this, who will?” the 34-year-old tells AFP in an interview in Copenhagen. Her first novel Dead Washer sold more than 100,000 copies in Denmark when it was published in 2017, a literary feat in the country of 5.8 million where it was hailed as the “MeToo of Muslim women.”

It has since been translated into several languages, including Norwegian, Swedish and French.

In her writing and when she speaks out publicly, Omar describes abuse inflicted on women and children behind closed doors — rapes, beatings, female genital mutilation, and so-called honour crimes. Her depictions have angered a small fringe in Muslim societies and required her to now live under 24-hour police protection.

Her bestseller tells the story of a girl named Frmesk, which means “tear” in Kurdish. It follows her from her birth in Sulaymaniah, Kurdistan, in 1986 — just like Omar — to a hospital bed in Denmark in 2016 where she meets a medical student, also a young Kurdish woman, who dreams of breaking free from her overly controlling father but doesn’t dare.

Omar says that many Muslim women — especially in the Nordic countries, where they often find themselves caught between the liberalism of their adopted country and their parents’ conservative values — have approached her to thank her for bringing their sufferings to life through Frmesk.”My books have started a very quiet movement among women, especially women of Muslim background in Scandinavia, because they identify themselves with the topics and the characters in the novels,” Sara Omar says. “A reaction that affected me, and touched me in a way that I started crying, was from a woman between 45 and 50 years. She came to me and she whispered in my ear: ‘Thank you for giving me a voice’.”

As combative as her protagonist, Omar now refuses to speak about her personal life, “due to her security situation and since her words can bring about severe consequences,” according to her assistant. What is known from earlier interviews is this: After several years in refugee camps, Omar came to Denmark at the age of 15, like Frmesk. They also share a distinctive look — a streak of white in their jet-black hair. Omar has previously revealed that she has been married, is “the mother of a murdered girl”, and began writing Frmesk’s story while in a psychiatric ward after several suicide attempts.

For her, writing books is not “a dream”. “I see it as a calling, because I have sacrificed everything for it,” she says with a fiery look in her eye, which gives way to a melancholic smile as she refers to her security situation.While she calls herself an “agnostic Muslim”, the author is not out to criticise Islam as such and says her message is universal. “Any monotheistic religion has a dark side and a light side. Islam also has this dark side but it is still up to interpretation. It’s all about who is holding the book,” she says.

In a country preoccupied with immigrants who don’t assimilate, and which is still recovering from the explosive Mohammed cartoon scandal, Omar’s ardent defence of freedom of speech has been warmly welcomed in Denmark. “As long as we have other people who are threatening authors and people fighting for the right to use words… then we have a problem,” she says.

Omar isn’t done telling Frmesk’s story. A sequel was published in 2019, Shadow Dancer, it too the recipient of literary prizes in Denmark. “I’m not finished with Frmesk’s story because I think she’s more than an abused child and an oppressed woman. She’s more than that. She’s a fighter and I need to write the rest of the story,” she says.

Sara Omar is currently studying for a Masters in Political Science, and is translating her own books into Kurdish and Arabic, which she plans to publish at her own expense to avoid any censorship.

The article was published via AFP Relaxnews