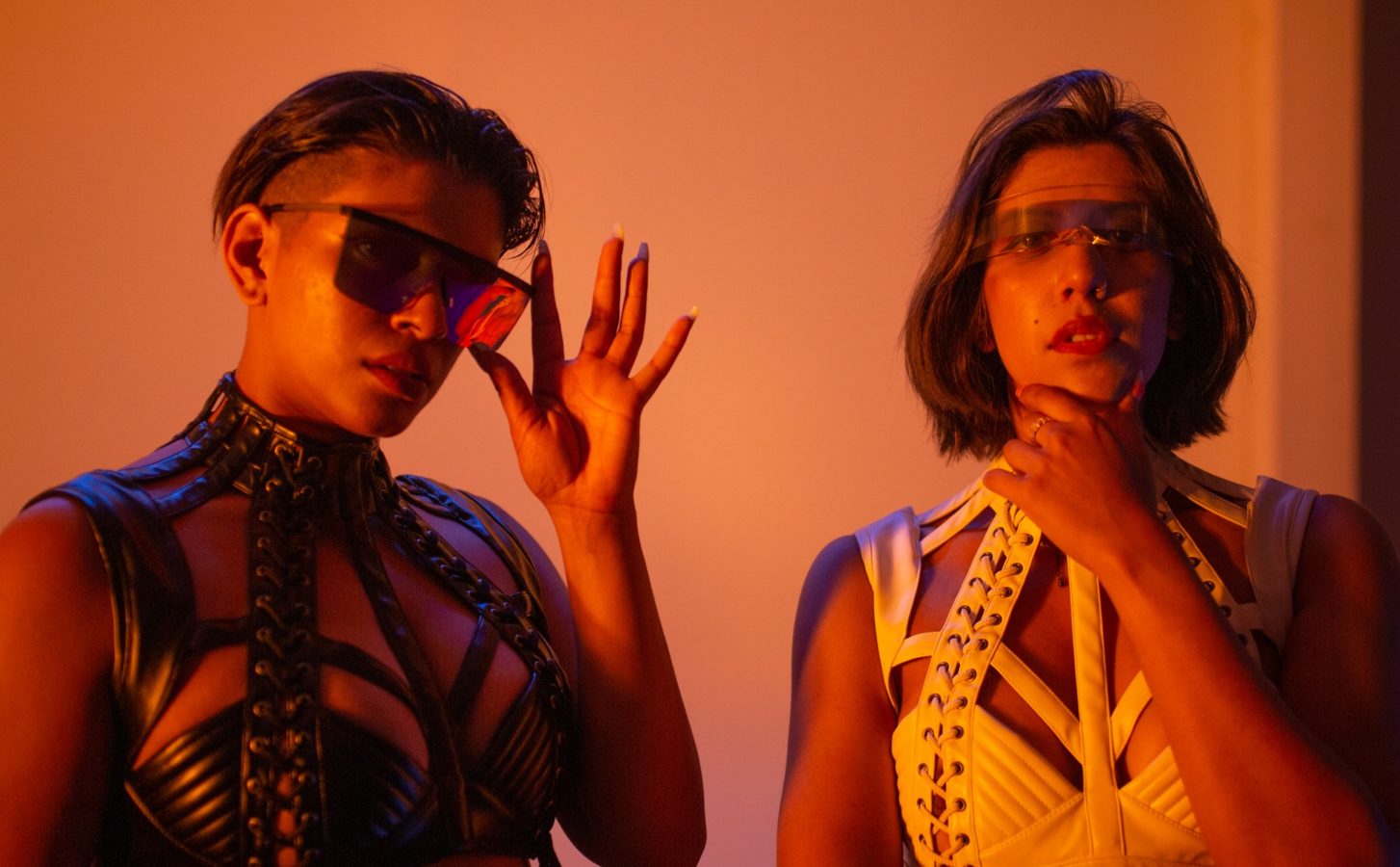 From Chennai to Canada, here’s how Cartel Madras is breaking into the rap world.

Blending binaries and creating a wholesome world, as it should be, is the sister-duo Cartel Madras for you. Contra and Eboshi (Priya and Bhagya Ramesh, respectively) are Chennai-born, Canada-raised brown and queer artists, who are dismantling boundaries as they go about their musical journey. Started in 2018, the hip-hop artists have created a space for themselves in rap, a genre typically dominated by males. Recently, they released Stay Up All Night, a track with a mellow flow that makes you float along, interspersed with heavy-hitting sounds that call your attention to the expert track that it is.

The making of the track share similar roots: It has been created in collaboration with 19-year-old GWS (Gken Koshy George), who is Kerala-born-now-Los-Angeles-based; and produced by Bangalore-based producer Dan Pearson; and released on Vancouver-based label Snakes x Ladders. With such a confluence of cultures, what you get is a track that’s rich in sounds yet a breezy listen.

Influenced by their formative years, the music by Cartel Madras too is an amalgamation of Tamil and English languages as well as Chennai and Canada cultures. It has culminated in Goonda Rap, a genre created by the sisters, described by them as, “What we use to not only describe our demeanour as South Asian and South Indian women in the Western rap industry but it also was a way for us to go rogue, and begin playing with genre within hip-hop.” That it is infectious to listen to is something you’ll also believe once you hit ‘play’. 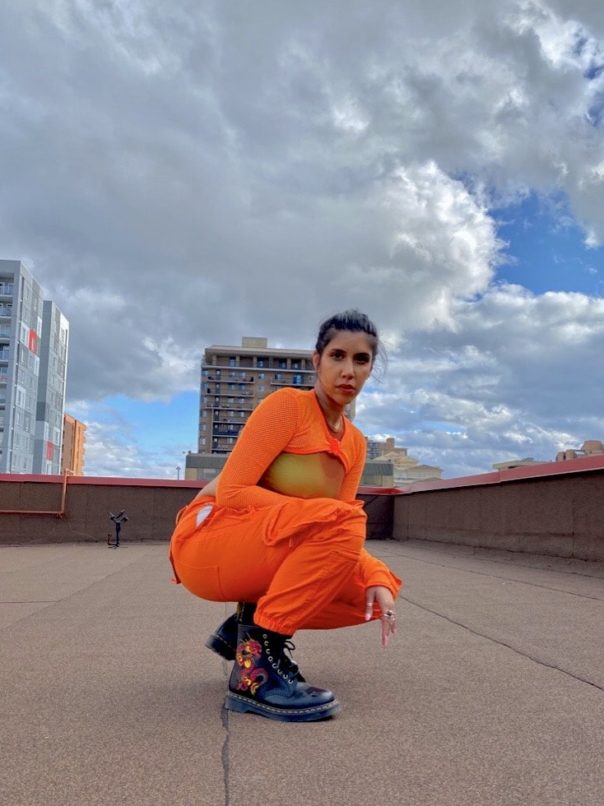 From releasing their debut mixtape Project Goonda Part 1: Trapistan in 2018 to signing with Sub Pop (US) and Royal Mountain Records (Canada) and releasing their EP, Age of the Goonda in 2019 to now Stay Up All Night, they are on track with their aspirations. “What we’re trying to do is something new, while also trying to make a distinct mark through our art. Fusing our worldview, politics, ambitions, influences, and ideas into music that also allows us to grow and keep re-inventing.” What led you to become professional musicians?

We’ve been dabbling in music since we were kids, making mixtapes and stealing the aux chord at parties to force everyone to listen to our selection. There was a certain amount of vocal and instrumental lessons we were put through in our youth…eventually, once we truly opened up the world of underground hip-hop, our natural inclination to collect and create music turned towards rap. We did it in secret for a long time and then in 2018 decided to put it out into the world.

Tell us all about Goonda rap?

There’s a pioneering element to the music we are creating and want to continue creating. A sonic mix of trap, punk, and house with music that is expansive in its stories and characters. We grew up listening to gangster rap and deeply immersed in Black art and Black revolutionary literature – this has had a lasting effect, and we wanted to pay homage while still creating unique music that was more reflective of who we were and the stories we grew up with. Goonda rap is sexually expansive, sonically aggressive, and takes the listener to the Global South. What motivates you to push existing boundaries?

Wanting to see versions of ourselves exist in all the spaces and narratives that we identified with was definitely a leading motivator. There’s also a bit of staying true to who we are. Cartel Madras is everything we are coming to the surface in a complicated and abrasive way. It is important that women of colour make strides in this new world that seems to be a bit more ready for us now. It is also important that as two South Indian women, we make space for voices and stories that are even more rare and unheard than our own. What motivates us beyond everything is the radical and defiant spirit we see in others, and the ability for art to change the world in profound ways. 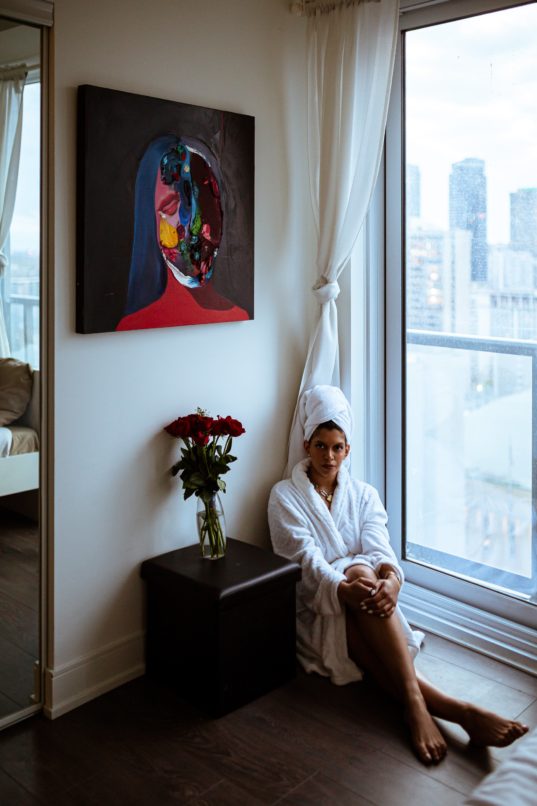 Demanding equal rights for women, POC, and queer artists, tapping into your Indian roots – how do your beliefs affect your work?

We try to bring our personal politics and the issues we are passionate about into our music without being too on the nose. We like to sometimes Trojan horse this in, leaving easter eggs in our lyrics and visuals. The truth is art is always political, and it should always attempt to question the dominant dogma of its time – so our work defaults into this, just by who we are sometimes, and where we are. And we represent interesting intersections in the arts. The challenge is to talk about these intersections without being reduced to identitarianism. The privilege is being able to tell our story with a level of authenticity and boldness. The plan is to keep doing all of this while making sure our music bangs in the whip.

Additionally, what else influences you?

We grew up listening to a lot of different types of music and consuming a lot of different films. Our parents are from different Indian backgrounds, so at home, we were raised hearing Tamil and Malayalam. Vintage era music from regional cinema definitely shaped our aesthetic, sounds, and flair for flashy, narrative invoking visuals. We were also music and art obsessed kids in general. From MF Doom to Ilayaraja to Ryuichi Sakamoto, our tastes in music have always pulled from a vast array of genres and languages. This has been instrumental in our approach to music today.

How is it working with your sister?

It’s definitely interesting, it means you are more honest and acutely in-tune to what you’re trying to make. There is a sense of shared responsibility and understanding that makes the quality of your art really specific, but you’re also working through your own histories and world view. The result is a fusion of two really different voices that are also quite in-tune with each other’s experience.

What’s next from Cartel Madras?

World domination! (Laugh) COVID-19 threw a wrench in our international touring plans, but it gave us the time to focus on developing our sound, experimenting, and carving out how we want the next year to look. We’re going to be releasing the final EP of our Project Goonda trilogy in the first half of 2021 and then get started on creating our debut full-length album with Sub Pop.

Interviews Hip Hop Rap New Music Indian Musicians Queer Community People of Colour Cartel Madras
Megha Uppal
Senior Associate Editor
An innate love for travel and food has translated into many a trips since childhood for Megha; it also fed her curiosity to know about local cultures. When not writing, she is on the lookout for three things: A great dark chocolate dessert, a beautiful pool where she can practice her backstroke, and art that she can save up for.
Travel Culture Food Drinks