Prakash Padukone is a former Indian badminton player who was ranked World No. 1 in 1980, owing to his many victories and achievements in the sport. He was the first-ever Indian to win the All England Open Badminton Championships shortly after he was crowned number one.

Before winning his first major international title, the men’s singles gold medal at the 1978 Commonwealth Games in Edmonton, Canada, he won the National title consecutively for seven years.

He was also awarded the Arjuna award in 1972 and the Padma Shri in 1982 by the Government of India.

Deepika Padukone, along with the cast of Gehraiyaan, recently appeared on Cyrus Broacha’s YouTube channel, where she confirmed the making of Prakash Padukone’s biopic.

Talking about the upcoming film, Padukone stated how Prakash Padukone had put India on the global map by winning the World Championship in 1981, two years before India had won its first Cricket World Cup in 1983.

“Actually, even before 83 happened, he was one of the first Indian athletes to put India on the global map as far as Indian sport is concerned. He won the World Championship in 1981, which was obviously before 1983,” she said. 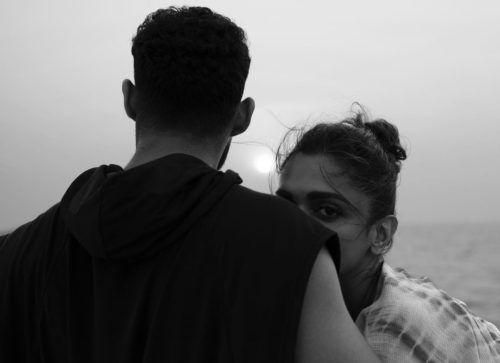 She also talked about the poor conditions the badminton champion used to train in because of the lack of advanced infrastructure for sports training in the country. She said, “He trained in a marriage hall; that was his badminton court. He used things like the beams that go across to make his shot more precise. He actually used his disadvantages to his advantage. If he had the facilities that athletes in India have today, then he’d be far more superior.”