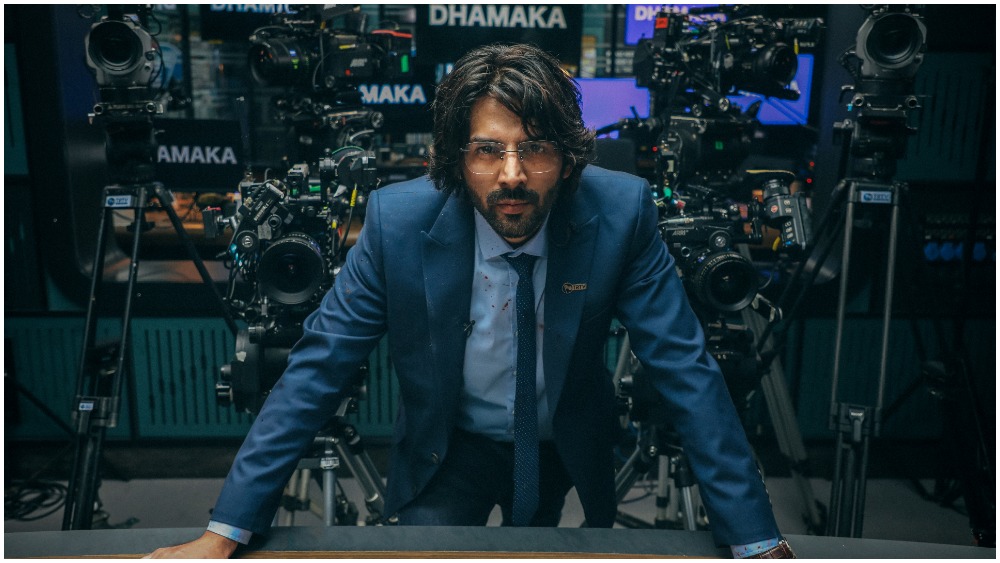 Conscience is at a crossroads in Netflix’s ‘Dhamaka’, starring Kartik Aaryan

Culture
Conscience is at a crossroads in Netflix’s ‘Dhamaka’, starring Kartik Aaryan
Share this article
Next article

Releasing today is Kartik Aaryan’s Dhamaka, an action-packed thriller enveloping drama and romance. Here’s why you should add it to your weekend binge list.

Director Ram Madhvani’s new movie, Dhamaka, is a result of a tried and tested recipe for a successful crime drama, where the storyline seems ingenious enough to keep you hooked till the end. Ever since the trailer of Dhamaka was launched, it has been creating quite a buzz and for reasons more than one.

Why Dhamaka is a weekend must-watch

The story centres on a mid-level radio jockey, also an ex-reporter, who receives a phone call from someone claiming to detonate the Mumbai Sea Link if their requirements are not met. Dismissing it as a prank, Arjun Pathak (played by Aaryan) scoffs until he hears an explosion. The story picks pace from hereon, triggering a series of challenges that form the spine of the story.

The cynical reporter sees an opportunity to fuel his dead career as a reporter here and asks for prime time on television as he goes on air with the terrorist on call. The story slowly unpeels different layers of Pathak’s life, professional and personal. We also see Mrunal Thakur, who plays the role of Aaryan’s wife, and how her life is compromised while Pathak discounts a deal with a national threat. Throughout the trailer, nail-biting tension ensues, ensuring an edgy thriller.

The cast of Dhamaka

Kartik Aaryan plays the role of the dismissed ex-reporter turned radio jockey, who might be too much of an opportunist for a pessimist. The role is refreshing for Aaryan’s fans, having seen him in romcoms and comedies in the past. We will soon see him in Bhool Bhulaiyaa 2 and Freddy.

Mrunal Thakur plays the role of a television journalist covering the Mumbai blasts who later on goes on to become one of the hostages of the terrorist. With films like Super 30, Batla House and Toofan on Amazon Prime, she is making quite a mark for herself.

Amruta Subhash plays Arjun’s boss, a true realist who understands how to get ratings of a news channel up. With big hits like Sacred Games and Bombay Begums, she has never fallen short of showcasing her acting prowess.