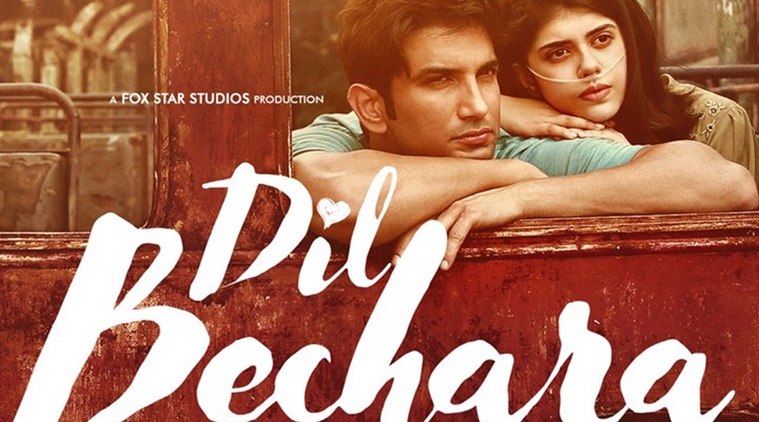 Here’s when & where you can watch ‘Dil Bechara’, Sushant Singh Rajput’s last film

Culture
Here’s when & where you can watch ‘Dil Bechara’, Sushant Singh Rajput’s last film
Share this article
Next article

‘Dil Bechara’, the last film of actor Sushant Singh Rajput, will release on Hotstar on July 24.

The much anticipated Bollywood adaption of ‘Fault In Our Stars’ will be out next month. It is going to be a bittersweet release, as it is the last film that the late actor Sushant Singh Rajput shot for. The digital release is on Disney+ Hotstar, co-starring Sanjana Sanghi and directed by the debut director Mukesh Chhabra. Saif Ali Khan also makes an appearance.

“A story of love, of hope, and of endless memories. Celebrating our dearest, and the late #SushantSinghRajput ‘s legacy that will be etched in the minds of all and cherished forever,” said Sanghi as she shared the news on her Instagram. As a tribute to Rajput, the film is being made available to one and all, so you can watch it even if you’re not a subscriber of the streaming platform.

‘The Fault In Our Stars’ is a 2012 book by John Green and has been the no. 1 bestseller on several lists, including the New York Times and Time Magazine. The story revolves around teenagers Hazel Grace Lancaster and Augustus Waters. Lancaster has terminal cancer, and despite a miracle-of-sorts helping her live a few extra years, she never imagined having a full life as it’s always pivoted around her illness. However, Waters appears in her Cancer Kid Support Group to change that forever. The two fall in love, and an adventure none of them ever thought possible ensues.

A Hollywood movie with an eponymous title was made in 2014 and received rave reviews. ‘Dil Bechara’ will take an Indian angle for the same. “After two years of seemingly all the possible difficulties one single film can face, with all sorts of crap constantly being written, and being relentlessly pursued – we were supposed to finally watch the film, our labour of love, together – my first and what you told me you believed was your best film yet,” said Sanghi previously for Rajput.