Ok Computer is a surreal comedy, to say the least, but not everything about it seems ridiculous and unrealistic. Set in the year 2031, ten years from now, when AI technology has taken over the whole world. The trailer uncovers a mysterious murder case after a self-driving automobile hits and kills a human pedestrian under unusual circumstances or wrong wiring in its AI system. This exasperates the authorities that are looking for someone to blame. Is it the CEO of the AI company or someone with a motive? It’s exactly what the official synopsis of the trailer also questions, ”in the absence of legal or moral precedents for crimes committed by Artificial Intelligence, who does the justice system frame charges against? Errant technology or its human inventors?”

Using toy-like robots and holograms in the six-part series, Ok Computer injects every scene with hilarity and confusing scenarios. Although what really gets the credit is its stellar cast. We see Vijay Verma as the frustrated cybercrime detective; Radhika Apte as the voice of reason and a baton of the Laws of Robotics; and Jackie Shroff as the man opposing technology in a world where everything is dependant on it.

The series is brought to you by Anand Gandhi, the mad behind cult films Ship of Theseus, which premiered at the Toronto International Film Festival won the National Film Award for Best Picture and Tumbbad. Speaking about the series, producer and co-writer Anand Gandhi said, The show asks one of the biggest questions of this century – if AI commits a crime, who should be culpable? It asks this question with madcap humour, zany characters, and a rollercoaster epic story. It’s been my privilege to offer unprecedented stories to Indian audiences – OK Computer, like my previous work, is a small step in a completely new direction. I hope it opens up the floodgates for science fiction entertainment in India.” 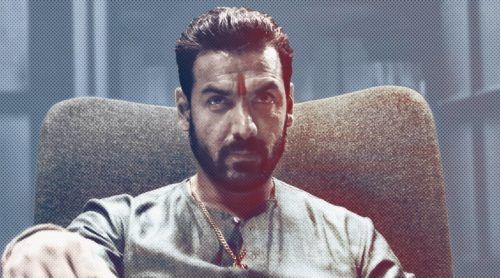 ‘Babylon’: All we know about Margot Robbie and Brad Pitt’s film set in ’20s Hollywood