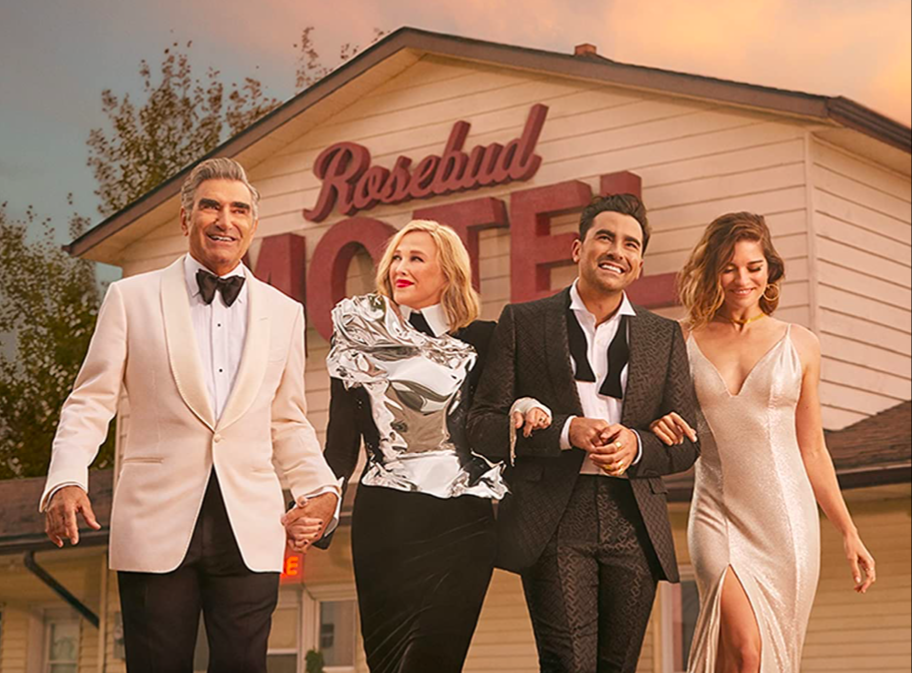 Award season is almost here, and to kick it off we start with the 78th Golden Globes. The Globes announced their nominations for this year on Wednesday. While there are some known favourites, there are others you might not have gotten a chance to watch. But you still have time to catch up on some of these nominated films and shows on various OTT platforms.

The black and white film follows 1930 Hollywood reevaluated through the eyes and wit of alcoholic screenwriter Herman J Mankiewicz as he races to finish Citizen Kane. The film has been nominated for six awards including Gary Oldman for Best Actor, Amanda Seyfried for the Best Supporting Actress, and David Fincher for Best Director.

The Trial of Chicago 7 available on Netflix

The film is based on the infamous 1969 trial where seven defendants were charged by the federal government with conspiracy and more, arising from the countercultural protests in Chicago 1968. The trial transfixed the America and started a conversation about the intent to undermine the American government. The film is nominated for five awards, including Sacha Baron Cohen for Best Supporting Actor and Aaron Sorkin for Best Director.

Culture
After the Season 1 cliffhanger, ‘Snowpiercer’ is back with Season 2 on Netflix
Culture
‘The White Tiger’ on Netflix brings life to Aravind Adiga’s 2008 bestseller

A musical about one of America’s foremost founding fathers; the first Secretary of the Treasury, Alexander Hamilton.

The Prom available on Netflix

The film revolves around a teen who wants to go to the prom with her girlfriend but is not allowed to because the community she lives in voted against it. Down-on-their-luck Broadway stars then decided to go to the small town of Indiana and rally behind the teen. James Corden has been nominated for Best Actor in a Comedy or Musical.

The Golden Globes nominated show revolves around a money-laundering scheme gone wrong. A financial advisor Martin or Marty Byrde (Jason Bateman) who wronged the cartel then proposes to set up a bigger laundering operation in the Lake of the Ozark region, Central Missouri.

The Crown available on Netflix

The show portrays the life of Queen Elizabeth II, from her wedding in 1947 up until the early 21st century. The latest seasons see the entry of Princess Diana and her relationship with the family.

This drama series tells the origin story of asylum nurse Mildred Ratched, made famous in the book A Flew Over The Cuckoo’s Nest. In 1947, Mildred arrives in Northern California for a job in a psychiatric hospital where they conduct new experiments on the human mind.

The show is based on Matt Ruff’s novel by the same name. Atticus Freeman meets up with his friend Letitia and his uncle George in search of his missing father.

The Mandalorian available on Hotstar

The show is about the journey of a lone bounty hunter in the outer reaches of the galaxy far from the authority of the New Republic. The Mandalorian is set after the fall of the Empire and before the emergence of the First Order.

When a filthy rich family suddenly finds themselves broke, they are forced to leave their luxurious life and move to the rural city of Schitt’s Creek, a town that they once bought as a joke. There, they rediscover themselves, their  relationships, and rebuild their empire. Eugene Levy and Catherine O’Hara have been nominated for Best Actor and Actress.

Emily in Paris available on Netflix

Lily Collins plays Emily, a driven American woman from Chicago who moves to Paris for an unexpected job opportunity. She is tasked with bringing an American point of view to a French marketing firm. Lily Collins has won a Golden Globes nomination for Best Actress.

The Queen’s Gambit available on Netflix

The show follows the life of an orphan chess prodigy, Beth Harmon, and her quest to becoming the world’s greatest chess player while struggling with emotional problems along with drug and alcohol dependency. Ann Taylor-Joy has been nominated for Best Actress.

Based on Deborah Feldman’s 2012 memoir Unorthodox: The Scandalous Rejection of My Hasidic Roots, the four-part show follows Esther ‘Esty’ Shapiro, a 19-year-old Satmar Jew living in Williamsburg, Brooklyn, and trapped in an arranged marriage. Shira Haas has been nominated for best actress in this category.

The Undoing available on Hotstar

The story follows Grace Fraser a psychologist whose world falls apart when her husband Jonathan is linked to the death of Elena Alves a parent at their children’s school. Both Nicole Kidman and Hugh Grant have a Golden Globes nomination for best actress and actor respectively.

Hero and Feature Image via IMDb