What’s more desi, an Indian looking for his fielding placement in America, or an Indian looking for a pandit via Siri in America? We’d say both. This is what everyday life looks like among the Patel family settled in Metro Park, New Jersey. Now, the star parivaar is back with another round of desi dosage on Eros Now, starting January 29. 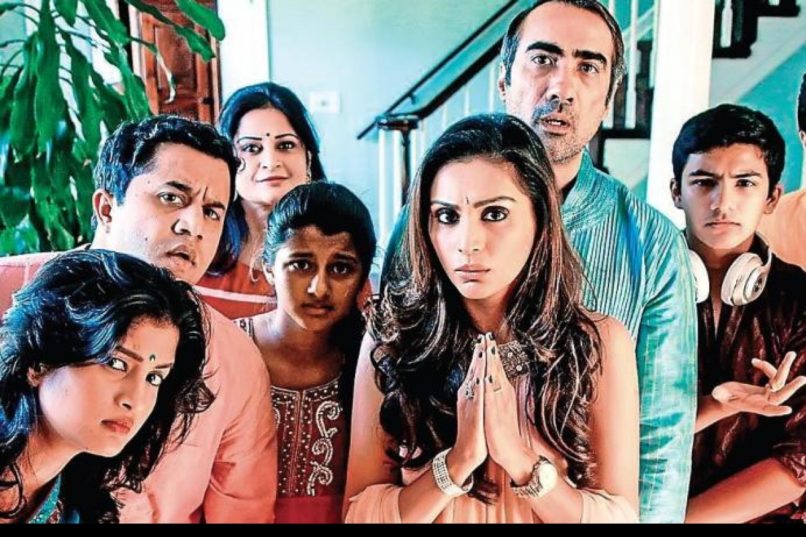 Directed by Abi Varghese, an Indian-American writer, director, and producer, Metro Park is one of his many ”desi” creations that reflect the lives of South East Asian immigrants in America.

The successful Season 1 narrated the life of the Patel family in New Jersey and their everyday adjustment to American life after 25 years. The nine-episode series, starring Ranvir Shorey, Omi Vaidya, Pitobash, Purbi Joshi, Vega Tamotia, laid the foundation and introduced characters, along with their mundane struggles. Kaplesh and Payal Patel symbolise every Indian Gujarati in America who are desi at heart. The series works an anthology on various subjects (such as diets, gadgets, karaoke nights, internet) that become part of their daily scuffle in the western world.

Culture
After the Season 1 cliffhanger, ‘Snowpiercer’ is back with Season 2 on Netflix

What to expect from Metro Park 2 —

If one is making a series highlighting the many idiosyncrasies of desi Indians in a foreign land, then even two seasons won’t be enough. And so, Varghese is back with the same cast of the Patel family with Season 2, which will start streaming from January 29 onwards, only on Eros Now. In Season 2, you’ll see more of the family and their lives, including more interesting characters that add to the flavour of this Gujarati thali, especially the special appearance by Milind Soman. The new season underlines their futuristic aspirations, which seamlessly beautifies the individual development of all the characters.

ALSO READ: The Mishra family is back on SonyLiv with Gullak Season 2; here’s all about it