To be released on August 21, 2020, the Eros Now Original series ‘Flesh’, starring the fiery Swara Bhaskar, is a crime-thriller. Here’s everything you need to know about it.

All you need to know about Flesh, the new Eros Now Original series –

The three-minute trailer of ‘Flesh takes you into the underbelly of the dark and grim world of ‘trafficking humans for sex’. While the story takes us through the grim realities of sex trafficking, it’s the personal plight of an NRI couple (Vidya Malvade and Yudhishtir Urs) who are looking for their daughter (Mahima Makwana) that takes the narrative forward.

Also, one cannot help but notice that a female cop’s take on crimes against women makes for a more powerful plot with a satisfactory climax (much like Rani Mukherji in the 2014 film ‘Mardaani’ and Shefali Shah in the 2019 Netflix series ‘Delhi Crime’). In this case, it happens to be ACP Radha Nautiyal (Swara Bhaskar). According to her fans, Bhaskar fits the role here like a glove as she is known for lending voice to several social and political issues.

As we see Bhaskar pull a few parkour stunts while going undercover to nab the criminals, the antagonist in the series is played by Akshay Oberoi who runs a sex ring in Kolkata. Oberoi was last seen in Netflix’s ‘Selection Day’ (2018) and ‘Ek Ladki Ko Dekha Toh Aisa Laga’ (2019). 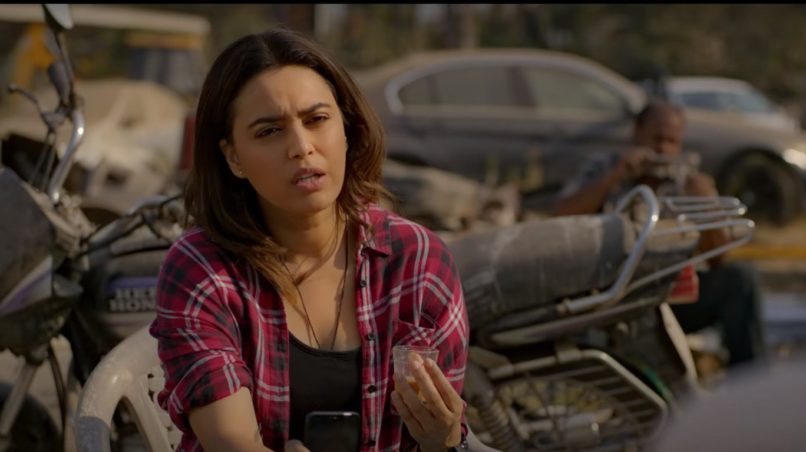 The eight-episode series on Eros Now is directed by Danish Aslam, who is best known for making his directorial debut with the 2010 film ‘Break Ke Baad’, starring Deepika Padukone and Imran Khan. ‘Flesh’ is written by Pooja Ladha Surti, who has also co-written critically acclaimed Ayushmann Khurrana-Tabu starrer ‘Andhadhun‘ (2018), Badlapur, Phobia, Ek Hasina Thi amongst others. While Siddharth Anand, of War fame, has created and produced the show.