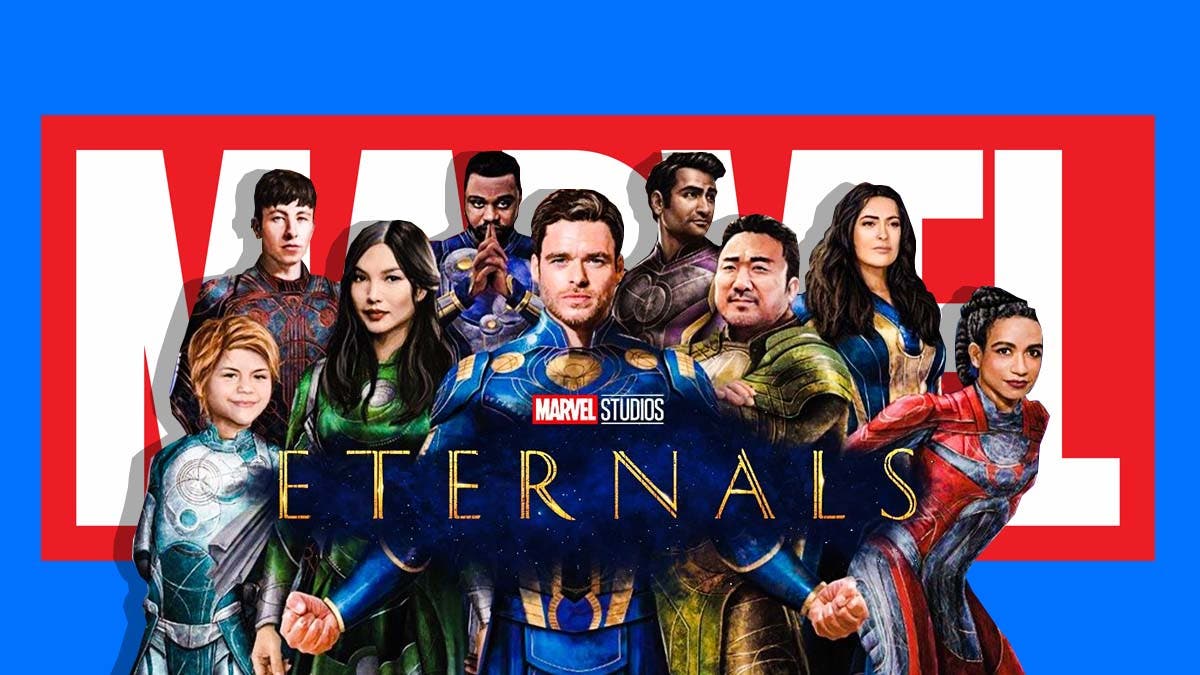 After a pandemic-enforced delay of almost a year, Marvel’s Eternals was finally unveiled to its audience, following its star-studded world premiere at Los Angeles’ iconic El Capitan Theatre. Here’s everything you need to know. On October 24, Eternals will have its European premiere as the closing film of the Rome Film Festival. The film will be released exclusively in theatres on November 5, with a 45-day theatrical release window before hitting Disney+.

While Erik Davis of Fandango described the film as “spectacularly weird and rich,” Aaron Couch of The Hollywood Reporter called it “the most different of any of Marvel’s films.”

There’s A LOT of story to devour in #Eternals (it spans thousands of years!), but Zhao does a good job balancing it all. Lia McHugh, Brian Tyree Henry & Kumail Nanjiani were my favs, but everyone is good & they all have fascinating powers. Some truly great character moments, too pic.twitter.com/ZUDBGfHeXq

#Eternals , wow! A lot to unpack. If Marvel movies are a Venn diagram — variations within that overlap — this movie is off the charts. Hands down the most different of any of their films.

Eternals’ cinematography, according to Variety’s Courtney Howard, focuses on the “characters’ humanity.”

While Eternals, according to Slashfilm.com’s Peter Sciretta, is “dense” in the lines of a DC film. “#Eternals is surprising, epic, beautiful yet dense.” It takes some massive swings, sometimes feels like a DC film (which isn’t a criticism), and other times feels like no other superhero film ever. “I wish I had a glowing quick reaction to offer you but I’m left with more complex thoughts,” he tweeted.

#Eternals is surprising, epic, beautiful yet dense. It takes some big swings, sometimes feels like a DC film (not a criticism), other times feels like no other superhero movie ever. I wish I had a glowing quick reaction to offer you but I’m left with more complex thoughts.

Holy crap – Eternals is a freaking MASTERPIECE!!! Packed with adrenaline right from the start, but also filled with lots of heart & humor! So many MCU firsts!! Your mind will be BLOWN! Nods to comics but a totally unique story. Those end credits are GAME CHANGERS!! #Eternals pic.twitter.com/jKiMJukn4S

Just got out of #Eternals. I’ve never been so invested in a story. It was cinematically beautiful. I was engaged the entire time. There’s a lot to ingest but they do such a great job to process it all. This feels so different from the MCU, like it’s own universe. I loved it.

Buzz Feed’s Nora Dominick pointed out how each character gets their moment to shine. “Everyone will have their own personal favourites. I left just needing more of Angelina Jolie and Gemma Chan. What powerhouse performances.” Eternals, she claims, is unlike any other Marvel film because of the visuals created by Chloé Zhao and an ensemble of actors who feel “destined for the MCU.”

With the sweeping visuals by Chloé Zhao and an ensemble filled with actors that feel destined for the MCU, #Eternals is unlike any other Marvel movie. So many great twists and the chemistry of the cast really make this movie one to watch