Diwali binge: The stellar cast of Netflix’s ‘Ludo’ comes together for comic relief

Culture
Diwali binge: The stellar cast of Netflix’s ‘Ludo’ comes together for comic relief
Share this article
Next article

Ludo on Netflix releases on November 12. The Diwali release not only has a unique storyline but a stellar cast as well. The story of Ludo –

Seldom does an ensemble cast and parallel storylines come together for one movie in Bollywood. However, director and producer Anurag Basu is not new to the cinema of this nature. He worked magic with Life…In A Metro, a 2007 film that followed a similar format. With Ludo, he takes this style-forward, as four different plots merge to form one larger story.

From a sex tape that re-emerges to a suitcase of money that can’t stop causing troubles, the four stories are starkly different yet overlap with the turns of fate, chance, and the criminal. The trailer launch was today, and the maestro, Anurag Basu, who’s behind movies like Barfi!, seems to have presented the dark shades of life with comic relief. 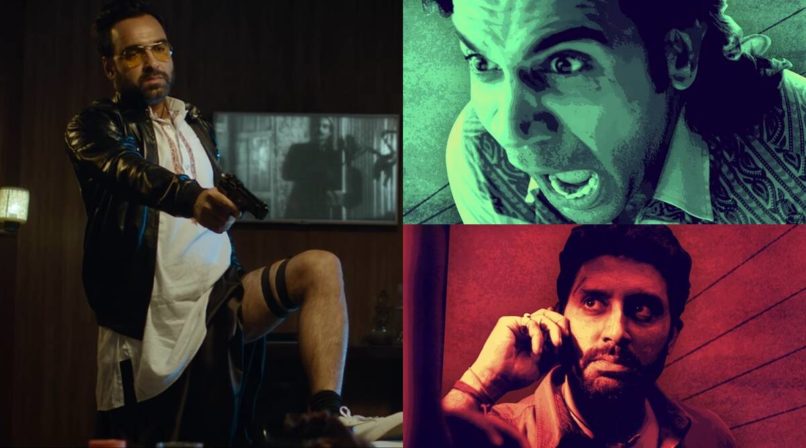 At the launch, the cast and crew discussed how Pankaj Tripathi, who has previously played gangster roles, has taken an entirely fresh approach for this movie. Bachchan and child actor Inayat shared how they had a fun time shooting together, and Sana Shaikh mentioned how she loved to work with Sanya Malhotra again, after Dangal (2016). Rohit opened up about how this was the first film for which he didn’t have to audition, and more prominently resonated with the sentiment shared by one and all at the launch. That is, their unquestioned trust in Basu, and their confidence in him creating a masterpiece.

Bachchan is one name that’s been dominating the OTT game in 2020. From making his digital debut with Breathe Season 2 on Amazon Prime Video to reincarnating the character of late stockbroker Harshad Mehta in The Big Bull on Disney+Hostar, he is back with a bang. In Ludo, he plays the role of Lakshay Anand, a kidnapper.

Irrespective of the OTT platform, a hearty binge-watcher is familiar with this name now. The NSD alumnus bagged mainstream fame through Anurag Kashyap’s Gangs of Wasseypur (2012). Then came Gunjan Saxena: The Kargil Girl (2019) and Mirzapur (2018-2020) on Amazon Prime that attracted a niche audience, too. Unlike his gangster role in Mirzapur; here he is a criminal in comedy.

Last seen in movies like Ek Ladki Ko Dekha Toh Aisa Laga (2019) opposite Sonam Kapoor and Judgementall Hai Kya (2019) opposite Kangana Ranaut, Rao (Kabir Sagar in the movie) is set to put a smile on your face with his peculiar character in Ludo. We are also expected to see him in Chhalaang, his next release, in 2020.

The dreamy crush on the big screen, Aditya Roy Kapur also promises a romantic twist to the storyline. Here, he plays the role of Dr Akash Chauhan with expertise in Mongolian art in Mughal architecture — the underdog who is hell-bent on achieving his moolah dreams. 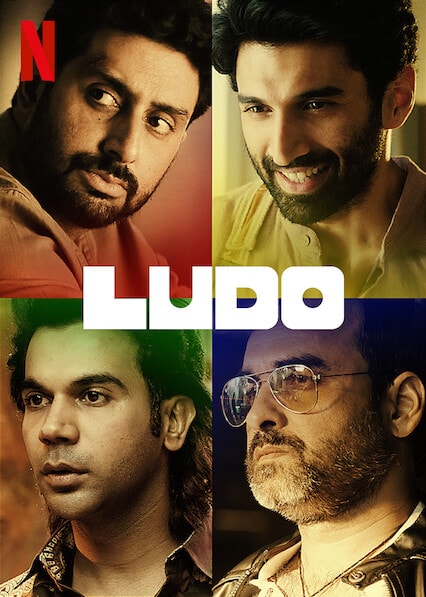 The Dangal girl has been busy moving on to bigger things in Indian cinema, and her character (Arushi Mathur) in Ludo showcases her in a fresh, new light. She is the love interest of Rajkummar Rao in the film. Sana Shaikh will also be seen in another comedy-drama Suraj Pe Mangal Bhari opposite Manoj Bajpayee and Diljit Dosanjh in 2020.

Sanya Malhotra’s journey in mainstream Bollywood — from Dangal (2016) to Badhaai Ho (2018) to Shakuntala Devi (2020) — has been versatile. Here, she will play the role of Ahana Mathur, the love interest of Aditya Roy Kapoor.

Rohit Suresh Saraf’s repertoire in Indian cinema includes movies like Dear Zindagi (2016), Hichki (2018), and The Sky Is Pink (2019). Besides his role in Ludo, he also star alongside Prajakta Koli in the Netflix romantic drama series Mismatched.

Pearle Maaney’s fans were extra happy to see her in Ludo trailer. The video jockey, television presenter and actress from Kerala with over 2 million followers on Instagram is known for hosting three seasons of the Malayalam dance reality show D 4 Dance.

What the trailer of Ludo on Netflix