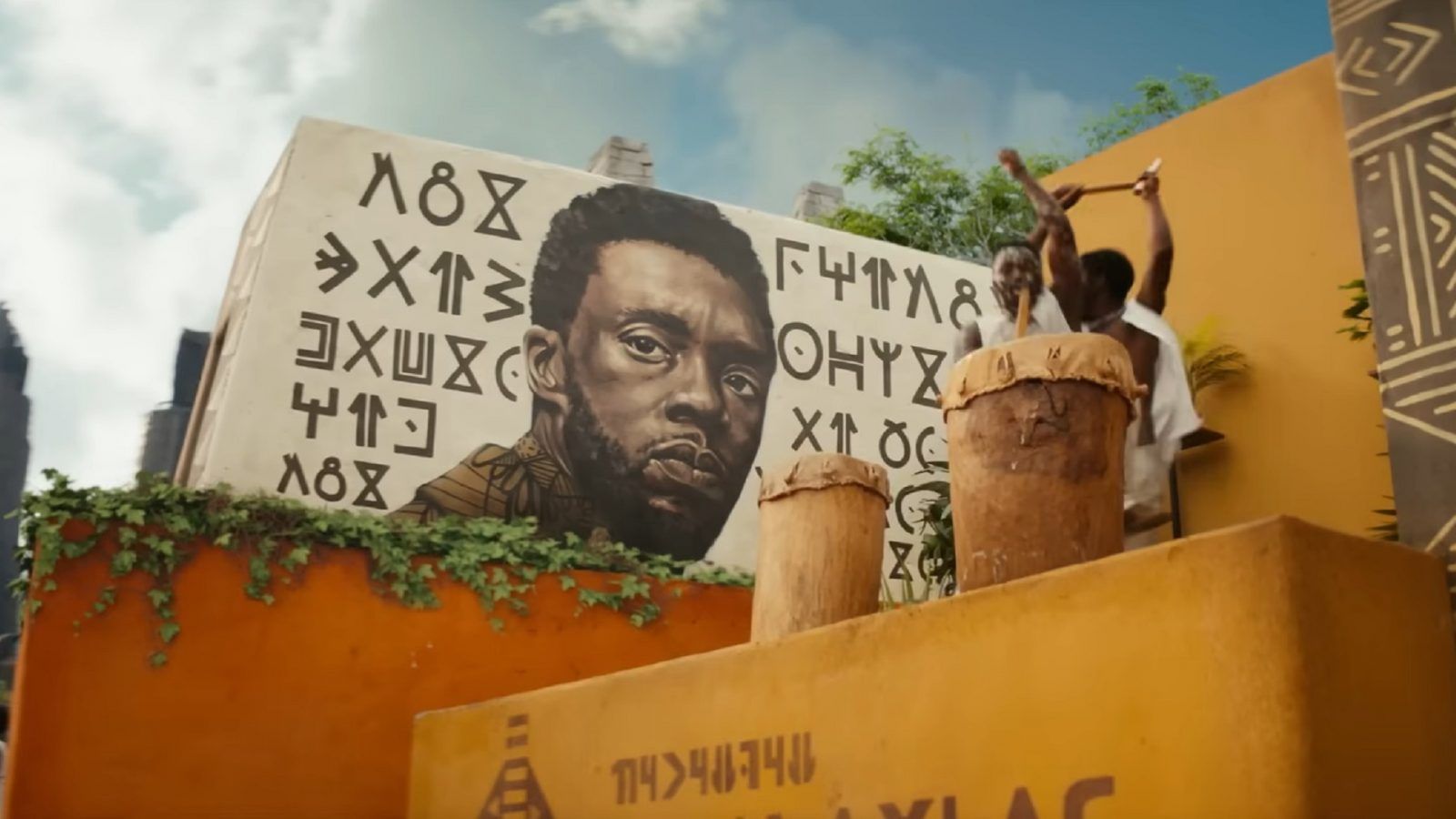 The first teaser of Black Panther: Wakanda Forever was released at the San Diego Comic-Con on 23 July. The sequel to Black Panther (2018), the teaser of the upcoming film was the biggest in a series of announcements connected to the Marvel Cinematic Universe (MCU) and its future phases.

The teaser capped the long presentation by Marvel Studios President Kevin Feige in Hall H of the Comic-Con, during which plans for MCU Phase 5 and Phase 6 were revealed.

Black Panther: Wakanda Forever is among the most anticipated films of 2022. One of the reasons is that the 2018 movie was the first superhero film to be nominated in the Best Picture category of the Academy Awards. The other is the memory of Chadwick Boseman, who played Black Panther in the first film and passed away in 2020.

What to know about Black Panther: Wakanda Forever

Scenes featuring nearly all the main Wakandan characters from the first film are seen in the teaser, which is just over two minutes long.

It begins with a rendition of “No Woman, No Cry” by Tems. The reggae track was composed by Bob Marley and the Wailers in 1974 and has since become one of the most iconic songs of all time.

Nakia (Lupita Nyong’o) is seen on a beach looking out at sea as the solemn music plays. A Mesoamerican pyramid at a distance indicates that she is somewhere far away from Wakanda.

Confirming that T’Challa is dead, glimpses of a pensive Queen Ramonda (Angela Bassett) sitting on the throne of Wakanda, Okoye (Danai Gurira) along with members of the elite Dora Milaje, and an emotional Shuri (Letitia Wright) quickly flash by.

The entire teaser has just one line of dialogue. A very angry and emotional Queen Ramonda tells the United Nations of the loss her family and her nation has suffered.

“I am Queen of the most powerful nation in the world, and my entire family is gone. Have I not given everything?” she cries out.

Everett K. Ross (Martin Freeman), the CIA agent who is close to Wakanda and played a significant role in T’Challa’s victory over Killmonger (Michael B. Jordan) in the first film, is also seen for a flash second.

Rise of Namor and Wakandan conflict with Atleanteans

A main focus of the teaser of Black Panther: Wakanda Forever is the rivalry between the Wakandans and Atlanteans, which is depicted as a major struggle between two powerful nations in the Marvel comic books.

As a result, the teaser provides the first glimpse of Namor (Tenoch Huerta) — the King of Atlantis. Fans of the iconic character get to see his birth under the water besides unknown Atlanteans hitching rides on massive whales.

Through imagery and the ceremonial dress that Namor is seen wearing, the teaser hints that the culture of Atlanteans in the film might resemble that of the Mayans.

As the song in the teaser changes to a more rousing “Alright” by Kendrick Lamar, the conflict between Wakandans and Atleanteans becomes more intense.

Gunmen dressed in military fatigues are seen searching a ship as the throne room in Wakanda is flooded and set on fire. Several members of the Dora Milaje dive towards the water from a vessel to prevent Atlanteans from boarding.

M’Baku (Winston Duke) is seen charging at Namor at a shore.

The teaser’s most important moment comes at the very end.

An unidentified figure who appears to be dressed as the Black Panther is seen unsheathing their claws. But it is not clear whether it is Shuri, Nakia or someone else taking on the mantle of Black Panther.

What is clear from the teaser is that someone else has not only donned the legendary suit but is also carrying forward the legacy of the Wakandan hero.

The first glimpse of Ironheart

Apart from Namor, who plays the most important role in the film beside the principle Wakandan characters, the teaser also offers glimpses of some new faces.

Prominent among these is Riri Williams (Dominique Thorne). In the comic books, Williams is famously known as Ironheart. Depicted as a 15-year-old tech genius, she creates her own Iron-Man-like armour in her garage from spare parts.

In the teaser, she can be seen greeting Shuri in the latter’s lab and, in another scene, hammering out the heart-shaped logo of her armour just like Tony Stark (Robert Downey Jr.) did in Iron Man (2008).

Thorne will also play the character in the Ironheart series on Disney+.

There are also glimpses of Aneka (Michaela Coel) and Ayo (Florence Kasumba). The two characters are renegade members of the Dora Milaje. They act as vigilantes and deliver justice to those who the Wakandan system has failed.

Besides being extremely intriguing, the teaser made fans emotional with a special tribute to Boseman woven in one of its scenes. The official teaser of Black Panther: Wakanda Forever pays tribute to Boseman with a scene showing a Wakandian mural of T’Challa.

Boseman died in 2020 of colon cancer. He was 43 years old. Following his death and worldwide mourning by fans, Marvel decided not to recast the character of T’Challa to honour Boseman’s outstanding legacy.

Marvel’s official synopsis of Black Panther: Wakanda Forever reflects that sentiment. It says that the film will show the people of Wakanda “fight to protect their nation from intervening world powers in the wake of King T’Challa’s death” and “forge a new path for the kingdom of Wakanda.”

Just before the teaser’s release, an emotional Coogler recalled the moments he shared with Boseman on the same stage before the release of Black Panther.

“Five years ago, I sat about right there, and we premiered the first footage from Black Panther,” Coogler said. “Sitting next to me, right to my left, was our T’Challa, the late great Chadwick Boseman. The cast, including Chad, hadn’t seen the footage yet, so when we played it, he was right next to me, and he was excited, and he grabbed my shoulders. If you ever saw Chad in person, he had these enormous hands. I promise you I can feel his hand on me now.”

“Chad is no longer with us physically, but his spirit, his passion, his genius, his pride, his culture, and the impact that he made on this industry will be felt forever. We put our love for Chadwick into this film,” Coogler added.

Music of the film inspired by traditional Nigerian and Mexican sounds

Black Panther: Wakanda Forever is set for release on 11 November. According to Feige, the film will conclude Phase 4 of MCU.

Its composer, Ludwig Göransson, said that Wakanda Forever Prologue provides an “aural first glimpse” of the upcoming film. The composer said that the music is influenced by the traditional music of Nigeria and Mexico.

“We spent our days working with traditional musicians who educated us about the cultural, social, and historical contexts of their music,” Göransson said.