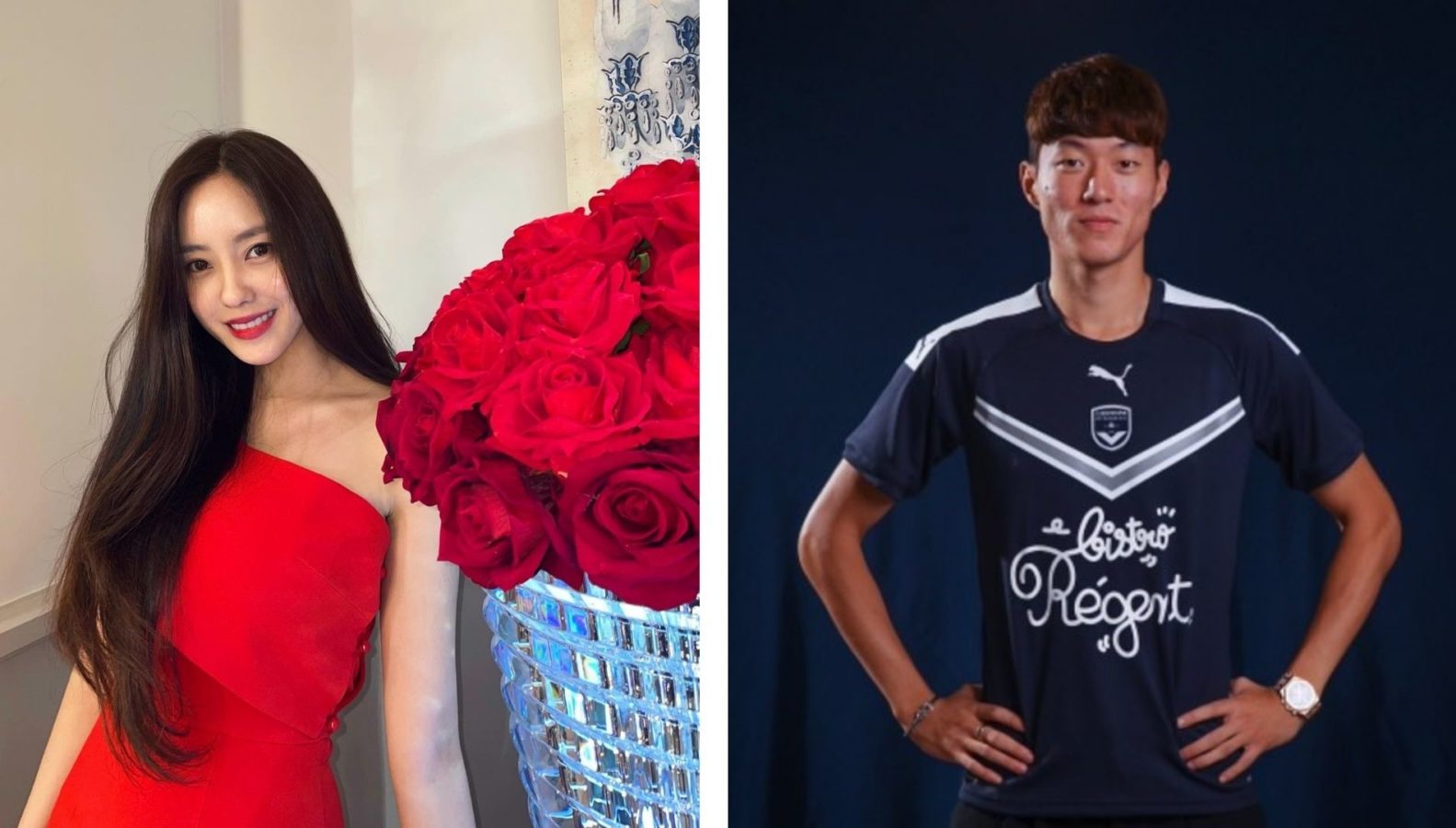 Be it their fashion choices, immensely popular films and shows or sensational music, Korean celebrity couples never fail to make headlines and grab global attention. Despite their massive fandom and success, life in Korean showbiz is not as easy and fun as it might seem.

Often, Korean celebrities, especially K-pop idols, have to be tight-lipped about their personal lives. A 2018 CNN report stated that this was because of their popularity, as K-pop bands become assets to entertainment labels and agencies, and controversy can adversely affect the Korean stock market.

In the same report, Lindsay Roberts, an outreach coordinator for Korean entertainment site Soulbeats, said that fans feel that they have a somewhat personal understanding with their idols — “that in return for their investment of money and time the fans expect a certain amount of ‘monogamous’ dedication back from the idols.”

However, the scenario seems to have changed over the years with fans going gaga when their favourite Korean celebrities confirm their relationship. Not just that, adorable couple photographs and official statements doing the rounds of social media, along with their heartfelt stories of how they met and fell in love seem unreal and straight out of a movie.

The year 2022 got a sweet start when fans were greeted with the news of T-ara band singer and idol Hyomin and South Korean footballer Hwang Ui-Jo making their relationship official. The fans and followers cannot get enough of their photographs together.

The rumours of the 2018 Asian Games football star and the K-pop singing sensation were doing the rounds of social media for about two months, but now close representatives of the couple have confirmed the news. According to a report on Dispatch, the two got close over the last few months when Ui-Jo suffered an ankle and hamstring injury. During this tough phase, Hyomin helped Ui-Jo get better and back in form.

The two were also spotted spending quality time in Switzerland towards the end of 2021. The report also stated that sources close to the icons said, “The two are still in the early stages of their relationship. They’re still getting to know each other. We’d appreciate it if people would look over them fondly.”

Crash Landing on You had K-drama fans swooning over the on-screen chemistry of this couple. The cross-border love story and the blossoming romance between a North Korean captain, played by Hyun Bin, and a South Korean rich entrepreneur, played by Son Ye-Jin, captivated us all.

At the start of the year, the couple, lovingly called “BinJin”, gave major goals when they announced their relationship, sending fans into a frenzy. Though they met through the show, over the course of the filming, they developed feelings for each other.

Son Ye Jin’s cute Instagram couple post, which was captioned “I’m thankful to have met a good person and I’ll work hard,” had us all smitten.

A ‘No Dating clause’ plays a big role in the South Korean music showbiz industry. No matter how difficult it is, K-pop icons have to be extremely careful about sharing information about their love life, with the press and fans in tow. Reports suggest if any such news is out, severe consequences can follow, including the termination of contracts.

However, staying strong and braving all odds together is what creates the foundation of all strong relationships, isn’t it? This is exactly what former 4MINUTE member HyunA and boy band Pentagon’s ex-member Dawn’s relationship is about.

The two artists started dating in 2016, while both were in the K-pop group Triple H. But it was only in 2018 that they appeared in an interview and made their relationship official.

HyunA, known for breaking rules and making bold moves, also shared a photo hugging Dawn on her Instagram. According to a 2018 report by The Korean Herald, the entertainment agency managing both idols, Cube Entertainment, said, “It was decided that it was impossible to restore trust with the two artists, Hyuna and E’Dawn, so we decided to leave the two artists.”

The step received mixed reactions from fans and audiences across the globe. Later, noted Korean site Naver shared Cube CEO Shin Dae-nam’s statement, which said “The company has not yet made an official decision regarding the rumours that singer Hyuna and Pentagon’s E’Dawn will be expelled.”

Despite such ups and downs, the two continue to be very much in love and their mushy Instagram posts and videos are proof of their strong relationship. In 2019, the two lovebirds bounced back and were in the spotlight once again with their first EP together under ‘Gangnam Style’ singer Psy’s label P Nation, titled “1+1=1”.

Ryeowook, a former Super Junior member, and ex-Tahiti girl group singer Ari grabbed eyeballs when the news of them dating was made official. The duo often posts couple photos on Instagram and give their fans reasons to swoon over their love life.

The news was confirmed by Label SJ, the company that manages Super Junior, and was reported by South Korean news portal SpoTVNews on 29 September 2020. The label was quoted as saying, “We confirmed that Ryeowook and Ari are in a romantic relationship after they were first close as senior and junior artists.”

The two met each other through an acquaintance. Ryeowook had debuted in 2005 with SuJu and went on to perform solo, while Ari debuted in 2012 with Tahiti but later pursued her career as an actress. She has worked on various projects, including Mom’s Recipe.

Another Super Junior member, Kim Hee-chul, and much-loved girl group TWICE’s Momo Hirai’s love story is something we totally dig. Despite a 13-year age gap, the two have received immense love and appreciation from fans, followers and the industry alike.

What started with a senior-junior friendship in the South Korean entertainment industry, the two soon developed feelings for each other after they appeared on a TV show in 2017. They allegedly started dating in 2019, but they confirmed the news only in 2020. Ever since, they are a Korean power couple.

Since 2019, Kim has been spotted at many of the TWICE member’s concerts and was even seen blushing when she did the aegyo (Korean term for being cute).

Falling in love, facing hardships together, staying strong and getting married are what the sweetest and inspiring love stories are made of. K-pop band BigBang’s member Taeyang (Dong Young-bae) and Korean actress Min Hyo-Rin’s story makes us feel giddy with delight.

The two had met in 2013 when the K-pop icon was searching for a female costar for his single hit music video 1AM. Rumours have it they had kept their relationship under the covers initially during which they had allegedly broken up briefly. However, they made their relationship public in 2015 and Min was under a lot of pressure.

Being two years elder to him was a contributing factor that made her extremely cautious of his fans. However, the two got hitched in 2018 in a lavish star-studded affair. But they had to stay apart because of Taeyang’s mandatory military service.

‘Absence makes the heart grow’ stands true in their case as the BigBang singer sent his new bride flowers and hand-written letters. She, too, visited his military base every week.

Reports say that the couple might be expecting their first child soon.

This story was first published on Lifestyle Asia Kuala Lumpur

Kpop Korean Celebrity South Korean music Korean drama
Trinetra Paul
An ardent foodie, Trinetra seeks every opportunity of travelling and writing. Storytelling and slam poetry are her go-to jam. Her lazying around ideas includes binge watching and whipping up some snacks or searching the next place to visit.