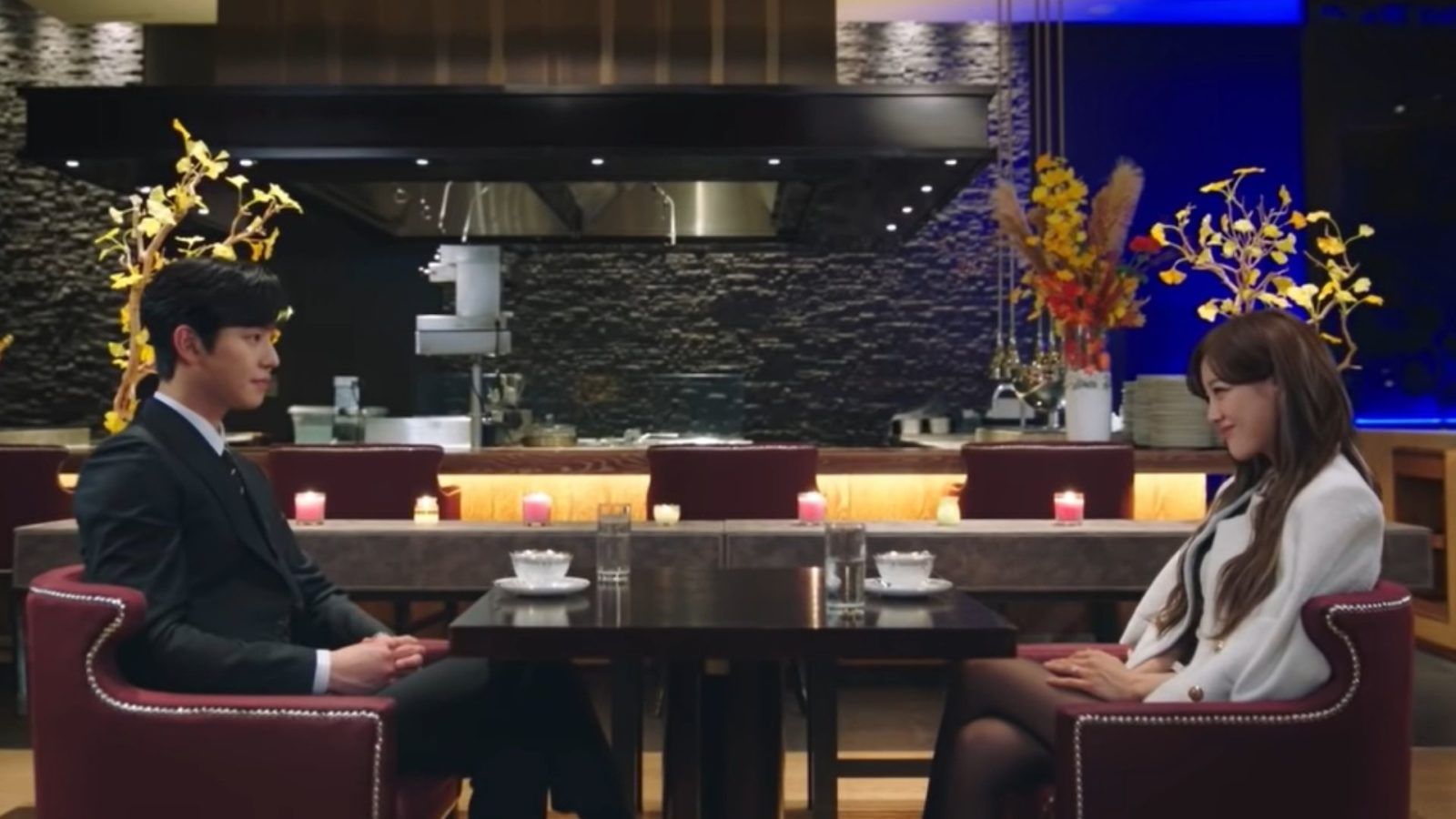 From a hilarious account of a blind date gone wrong to a heartwarming tale of a group of friends – if you need a reason to smile, look no further than these evergreen feel-good K-dramas.

Korean dramas often feature heartbreaking backstories that will have you going through entire boxes of tissues. That said, irrespective of genre, most also have several moments of humour thrown in. But for the times you need a good laugh or a distraction from things wearing you down, you might want to switch over to something a bit more uplifting.

Fortunately, there are plenty of K-dramas with storylines to help you navigate a bad day. We’re talking side-splittingly hilarious misunderstandings, cheery conversations, and breezy romantic instances. While some are classic romantic comedies, others explore themes like fantasy and coming-of-age. All you need to do is have a Netflix subscription and get popcorn going in the microwave. Here are a few feel-good K-dramas that come with the promise of a good mood.

Beat the blues with these 10 feel-good K-dramas

Fight For My Way

This is a tale of four friends who take each day as it comes and, as the title suggests, fight obstacles on the path to their goals. It follows the lives of Ko Dong-man, a former taekwondo player turned MMA fighter; Cho Ae-ra, who works at a department store’s information desk and hopes to be a television anchor; and a couple Kim Hoo-man and Baek Seoul-hee who are navigating relationship hiccups. As the Dong-man and Ae-ra transition from being friends to confessing their feelings to each other, there are a series of heartwarming and refreshingly funny moments. Not to mention, their chemistry is one of the most talked-about in K-drama circles. The show will tickle your funny bone and fire up your ambition.

Third in a series of shows that are widely loved in Korea and around the globe, Reply 1988 follows the lives of five friends and families who live in the same neighbourhood in the year 1988. The storyline features moments of poignant takeaways, hilarious conversations, and heartwarming realisations as the leads stick together through thick and thin. The show’s one of the highest-rated dramas on television and is credited with accurately depicting yesteryears’ pop culture.

This popular K-drama is based on a webtoon and fuses elements of comedy, fantasy, and romance. The story is centred on a pojangmacha, an outdoor drinking establishment, where those dead and alive can come to have their conflicts resolved through the medium of dreams. The bar is run by an ill-tempered ghost condemned to cure 100,000 souls so as to pay for her sins. A series of hilarious instances ensue and embroiled in the mix is Hang Kang-bae, a human who holds the power to have people reveal their secrets just by touching them and a former afterlife detective Chief Gwi. This is one of the most beloved K-dramas and is guaranteed to make you smile.

This drama tells the tale of three different men – an aspiring film director, an atypical actor, and a freelance writer – who run a guest house in Waikiki, Itaewon without any knowledge of how to run one. Just as they’re on the verge of bankruptcy, their lives take an interesting turn with a single mother and a mysterious baby walking into the establishment. Slapstick humour fused with touching instances of friendship and a series of events so bizarre you can’t help but smile. In part, this absolute wacky storyline, done justice to by the actors, propelled the show to a cult-like status and even prompted a second season. Give this one a go when you’d like to give your mind a break from stress.

If you enjoy romantic comedies, you can’t miss out on this lighthearted series that focuses on the lives of city-girl Yoon Hye Jun, who moves to a seaside village to set up her own dental practice, and small-town man Hong Du Sik, who’s known to be a jack of all trades. As the former adjusts to her new life, a series of events transpire that touch upon themes of romance and cultural differences. The leads’ chemistry is heartwarming, as is the development of their relationship with the village folk. The cinematography is stunning and pleasing to the eyes as well. Besides the theme of the male lead’s dark past, the show is breezy and will leave you smiling.

Fantasy meets themes of girl power and romance in this wildly popular series that looks into the lives of Do Bong-Soon, an intelligent woman who was born with superhuman strength and Min-Hyuk, a gaming company CEO. The former aims to star in her own video game and is hired by the latter to be his personal bodyguard. Over the course of the show, they uncover several crimes being committed against women in their neighbourhood. That said, the dialogues and mood of the show remain peppy throughout. The lead, meanwhile, has a goofy, devil-may-care attitude that’s refreshing and makes for some entertaining moments in the show. Think pole dancing that goes horribly wrong and a gang fight that lands everyone but her in the hospital. If you need a good laugh, this show will give you plenty of opportunities to.

The gateway K-drama for most people, this show is a romantic comedy about a conceited vice chairman of a multinational corporation and his efficient, thoughtful secretary. When the latter decides to quit her job, the former makes it his mission to uncover why. What follows is a series of bizarre misunderstandings, amusing banter, and grand gestures that could only ever occur on screen. The show is also edited to lend levity to the storyline, with laugh tracks underscored with the moo of a cow and graphics featuring cupid, angels, and demons. The show doesn’t take itself too seriously and will have you in splits or shedding tears of joy throughout.

My Roommate Is a Gumiho

This feel-good K-drama is another fantasy romantic comedy that follows the life of a college student named Lee Dam who accidentally swallows a magic bead that belongs to a 999-year-old nine-tailed fox Shin Woo Yeo. The latter needs the bead to become human and decides to stay with the former until a solution to retrieve the bead is discovered. Besides having moments of romance that will have your heart fluttering, the show is quite silly and light-hearted, with plenty of banter to keep you entertained. Between the magical chemistry of the leads (see what we did there?) and the intriguing storyline, you’re bound to be hooked.

Perhaps one of the most popular romantic comedies of this year, Business Proposal has themes that often mirror that of What’s Wrong With Secretary Kim? The show follows the life of Shin Ha-ri who decides to go on a parent-arranged blind date in place of her best friend Young-seo, in hopes of being rejected. However, things don’t go according to plan when Kang Tae-moo, her boss and the CEO of Go Food, decides to marry her to avoid going on other similar dates. As she works to hide her identity, she finds herself in several sticky situations. Her best friend, meanwhile, copes with her crush Cha Sung-hoon, who also happens to be Tae-moo’s assistant. Despite being riddled with cliches, this light-hearted show will leave you in splits. Considering how both the first and second lead couples are just as entertaining, there’s no boring moment in the show. Play this when you’d like to watch something without putting too much thought into it.

Themes of friendship, love, and coming of age are explored in this feel-good K-drama that follows the life of a naturally gifted weightlifter, who aims to go to a college where she can continue lifting. Her best friend, Jung Joon-hyung, a talented swimmer, chases ambitions of his own. Innocent moments interspersed with lighthearted comedy and romance, this show has everything in place to make you smile. You’ll find yourself laughing, crying, and relating to the leads in the show. If you’ve got the time, be sure to binge-watch this one.

K-dramas Popular K-Dramas Feel-good K-dramas
Eshita Srinivas
Eshita spends her days writing, rewriting, and thinking of things to write about. In the little time she has left, she daydreams about going on a solo trip across Asia.
Travel Food Drink Entertainment
Sign up for our newsletters to have the latest stories delivered straight to your inbox every week.